Simon Stålenhag’s Tales From The Loop Season 2: Is It Coming To Amazon Prime Video? 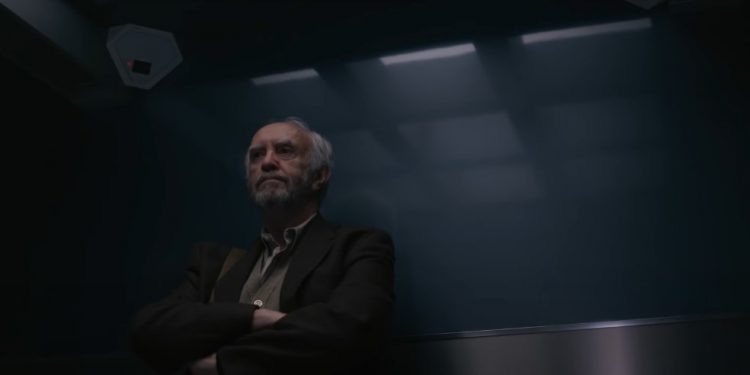 Tales From the Loop Season 2

Simon Stålenhag’s visual graphic art novel Tales from The Loop is a stunning art piece that was adapted into an Amazon Prime Video Original Series. Now, will a Tales From The Loop Season 2 happen? Firstly, this show dropped in April 2020 on the Jeff Bezos-owned streaming platform with great fanfare. Secondly, it is a show that tells you several mysteries and gives you the answers partially while visually astounding you.

Like many Scandinavian stories, “Tales From The Loop” demands from the viewership a certain sense of attention to detail. Moreover, the program doesn’t give you the answers. Instead, it gives you a lot of human emotions to deal with as you watch it. If you get too cerebral with it, you become frustrated. And if you’re open to interpretations, you end up enjoying it a lot.

Tales From The Loop Season 2 is up for grabs but there is no confirmation. Basically, the series creator Nathaniel Halpern sees the Amazon Prime Video Original science fiction series as a blank canvas from which he can create lots of stories. For Halpern, the number of stories that can stem from the original Simon Stålenhag’s creations is endless. And he wants to make a second season happen.

The debut season of Tales from the Loop dropped on Amazon Prime Video in April 2020. It has eight episodes of 60 minutes run time of beautifully directed stories with a great cast, great edition, and amazing photography. This show takes full inspiration from Simon Stålenhag’s art book in a unique style and with great visuals which will captivate you. If the series is renewed, we’re likely to expect it sometime in mid-2022.

The debut season cast is as follows Loretta is played by Rebecca Hall. Danny Johnson is played by Tyler Barnhardt. Jakob is played by Daniel Zolghadri. And Paul Schneider plays George, Jonathan Pryce plays Russ, Duncan Joiner plays Cole, Nicole Lae plays May. Ato Essandoh plays Gaddis. Jane Alexander plays Klara. Stefanie Estes plays Sarah and Tatiana Latreille plays Lauren. Bear in mind that for season 2 the cast might change in its entirety because Tales From The Loop is an anthology series. While some actors might return, it’s entirely possible that they play a different role.

Tales from The Loop Trailer:

Where to Watch Tales From The Loop?

If you want to watch Tales from The Loop, then your only alternative is Amazon Prime Video. Luckily, Amazon Prime Video is a globally available platform and a very accessible one. For a very good price, you get ad-free unlimited access to Amazon’s vast and ever-expanding catalog of movies, series, documentaries, and shows which includes Tales From The Loop as well as many other Amazon Original shows.

Tales From The Loop Finale Recap

Tales From the Loop takes place in a fictional town called Mercer, Ohio. Beneath that town, some scientist dudes from all over the world conduct a series of experiments to explore the universe and outer space with a sort of a CERN hadron collider they call “The Loop”. As the show progresses, we get to meet several of the townsfolk and how they interact with “The Loop”. Some of them work for the corporation that operates the Loop, others have their lives touched by the device in some way, shape, or form.

In many ways, Tales From The Loop recompiles several stories of science-fiction drama, giving us clues to some mysterious activities. Consequently, we would want to answer those mysteries as the show progresses. Regrettably, the show does very little in answering those questions for us. Firstly, we meet Loretta, played by Rebecca Hall, she works as a physicist in the loop laboratory. One day, she meets herself in a childish form. Secondly, if we follow Loretta’s story arc, we find that she’s important as a reference point between past and present. Additionally, this story arc helps enhance the magical realism of these stories.

Also Read: Nolan Contends With A Relationship Issue In The Rookie Season 4 Episode 10

As the series progresses, we meet Cole, another townsfolk boy. He has an older brother named Jakob. And Jakob and his pal Danny find a strange device out in the woods that has the uncanny ability to let them switch bodies. Consequently, they give the device a shot, and each lives each other’s life for one day. But soon enough, one of them finds the other has a better life and refuses to switch back. Jakob tries to switch back to his old body without Danny present, but he has a terrible consequence, as his spirit is transferred to a robot, Danny’s body is now empty.

May is Jakob’s girlfriend. And she finds another device in a pond. Later on, she goes to a wedding. In that event, she becomes friends with a boy named Ethan, who helps her find a missing piece for the device by stealing it. When they assemble the device, it turns out that is a sort of time machine that freezes time. They spend a month in time paralysis and fall in love.  But when they turn it back on, it just so happens that the machine is broken. so they find a way to fix it. They manage to do it in the end. But after they restart the machine, each one parts their ways. And leave us not knowing if they ever see each other again.

Cole and The Echo Sphere

Cole catches fireflies in the yard of his grandparents, Russ and Klara. Russ brings Cole to an ancient Loop project the next day, a massive rusted “echo sphere.” Russ tells Cole, George, and Klara that his doctor informed him he won’t survive much longer. Russ tells Loretta at the Loop that he is placing her in charge of the Loop, and she agrees. For one last instructive moment, Russ takes Cole for a drive. When Russ gets home, he makes a foreboding remark to Klara. He walks into his room and falls. Cole receives word from Jakob that their grandfather is in the hospital.

Cole breaks into the basement complex, determined to save Russ, but is apprehended by Loretta as he approaches the enigmatic sphere at the Loop’s core. After some hesitation, George takes Cole to the hospital to visit Russ. Cole is taken aback by Russ’ delusions. Russ later dreams of merging with the subsurface sphere in his final moments at the hospital. Cole is the only one who returns to the echo sphere. He yells into it once more, and with each echo, he imagines the decades of his life passing him by. Finally, he notices the firefly-filled sphere.

Ed, Danny’s father, works as a mechanic. He witnesses an egg fall on the ground while working in a field. Ed’s residence has a blown fuse. Kate, his wife, wants him to borrow money from her brother to fix it permanently. Ed is adamant about not doing so. Then Ed notices a group of boys harassing Beth, his deaf and mute daughter, on the street. When they spot him, they flee with her toy.

The fuse in Ed’s residence has tripped once more. Then he notices Beth staring out the window and a boy sprinting away from the house downstairs. He spends the money on a robot from a junkyard. The robot imitates the behaviors of a person in a suit, which serves as its remote control. Ed plans to utilize the robot to defend himself and his family.

Learning with a Robot

To safeguard his family, Ed begins to stand outside his house all night with the robot. He even demonstrates how to use it to Beth. After viewing the robot, the neighbors get frightened for their safety. Because of his neighbors’ complaints, the police tell Ed that they will be monitoring the situation. Jakob visits Beth late at night. It’s important to understand that Jakob isn’t the one who is paying Beth a visit. After the events of the second episode, Danny’s spirit is trapped inside Jakob’s body.

So, while Danny is the one who is paying Beth a visit, we’ll refer to him as “Jakob.” Jakob is shown to be the person Ed witnessed sprinting away late at night. Jakob is actually Danny, as Beth knows. Jakob has found Beth’s toy and has put it away in the garage. Ed returns home the next day to find a note from Kate telling him that she and Beth went to stay with her brother. The shattered egg appears to travel back in time, repair itself, and return to the nest in this image. Ed receives his money back after returning the robot. He fixes the fuse permanently with that money. He then returns Kate’s call. Beth overhears her mother and father conversing late at night.

Loretta, Cole says Jakob would know how to get things back to normal. They cross a small creek that has mysteriously frozen. Another robot comes a short distance away and begins attacking Jakob. Jakob defeats the robot, but a cylindrical object from its body falls to the ground. Jakob begins to walk with a limp. As a result, Jakob is unable to step over a downed tree. He collapses and dies. Cole honors it with a pine cone shrine.

When he returns to The Loop in search of Loretta, he notices a flying contraption. Loretta reappears a few seconds later, but she has matured into an older woman! She is aware of Jakob’s existence. Then, in a montage, what transpired in the “past” is shown. Danny revealed the facts to Loretta and George. Jakob’s dead robot body and Cole’s shrine were discovered by the couple. Danny moved back in with his parents. Loretta was left alone after George passed away. Loretta explains to Cole that he had been in the woods for so long because he had crossed the frozen stream.

Still Danny Inside of Jakob

A grown-up Danny (in the body of Jakob, but as an adult) pays a visit to Cole. He is currently the father of a daughter named Nora. Cole returns the book to the teacher who gave it to him after reading it at school. The teacher, it turns out, has not aged at all. Cole is perplexed as to why she hasn’t aged. The teacher explains to him that change is a natural occurrence and that she is not a part of nature. She reveals that she was Russ’s second invention, a robot.

Loretta is photographed by Cole. When he stares into the lens of the camera, though, he sees Loretta as a child. Cole hears a horn from the center tower later on. He scales the tower and ascends to the summit. Someone asks, “Cole?” The picture then shifts to a mature Cole and his family visiting their old home. His son inquires as to if it seems like a long time ago. Cole says, “Blink of an eye.” The scene then shifts to Cole, a little boy. Cole looks into the camera lens to take a picture at the end of the series.

Will Kozuki Oden Die In One Piece? Wano’s Fate And The Rise Of Kaido Discussed