The high profile love affair went on for nine years and ended on a sour note. 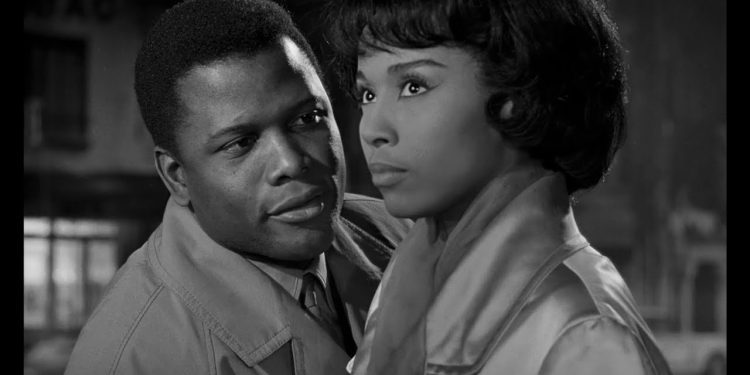 What do we know about the high-profile Sidney Poitier’s Affair? The iconic Hollywood actor Sidney Poitier has created history by being the first-ever Black Man to win an Oscar for Best Actor. Apart from being a renowned actor, Poitier was also a respected diplomat and humanitarian. The actor made history for his meticulous acting while breaking racial barriers at the Oscars.

The actor made way for many more generations to come after his appearance in The Defiant Ones earned him his first Oscar nomination. He starred in the movie back in 1958. His other notable movies include Heat of the Night, Guess Who’s Coming to Dinner, The Blackboard Jungle, and A Raisin in the Sun. The late star was also a Broadway actor as well. Sadly, the entire world mourns as the actor passed away at 94. Let us take a look at all the details and lesser-known facts about Sidney Poitier’s Affair.

What Do We Know About Sidney Poitier’s Affair?

The Oscar-winning actor made headlines during the 1960s for his alleged affair with actress Diahann Carroll. Poitier was married to his first wife, Juanita Hardy. Carroll was married to music manager Monte Kay.

Despite being married, the two started a whirlwind romance that grabbed attention like no other. The alleged couple starred in Paris Blues in 1961. Before that, they already worked together in a movie musical titled Porgy & Bess. As Sidney was mesmerized by Diahann’s charms and wits, fans were about to witness a love story that would be discussed for years to come.

Also Read Meg Ryan’s Affair: All About The Tumultuous Relationship With A Fellow Co-Star!

Diahann Carroll Made Shocking Revelations In Her Memoir!

The actress, who became an iconic figure after starring in the hit sitcom Julia, made several revelations about the affair in her memoir titled The Legs Are The Last To Go. Carroll claimed that while both of them decided to leave their respective marriage, it was only Carroll who kept her end of the promise. The actor soon said that he was having second thoughts about leaving his wife. It was further revealed by the actress that she was asked to pay for the decorations and furniture of the place where they were supposed to live together. The former US president paid his tributes to the late actor.

Through his groundbreaking roles and singular talent, Sidney Poitier epitomized dignity and grace, revealing the power of movies to bring us closer together. He also opened doors for a generation of actors. Michelle and I send our love to his family and legion of fans. pic.twitter.com/zkYKFSxfKA

Not only that, but she went on to claim that after they parted ways after a while, Diahann began dating, and the actor did not take it too well and shouted at her over a telephonic call. However, the pair left their tumultuous romance behind and started a friendship decades later. It seems like their ill-fated romance was dimmed from the very start. The former flames eventually moved on, putting their past behind. As Apple Studios is all set to make a documentary based on Sidney Poitier’s life, we wonder whether this tumultuous affair will be a part of the adaptation.

How Did The Tumultuous Love Affair Come To An End?

The late actor once described how Diahann had the most amazing cheekbones, mysterious eyes, and perfect teeth. The whirlwind romance started when Sidney asked Diahann for dinner and planned that they would chat about their respective marriages. However, Sidney admitted that the more he got to know her, he realized that Carroll was one of the brightest women he had ever known.

Diahann Carroll later explained how the lovely thing that comes as you age is forgiveness and a relaxing of standards. Diahann has since said that she was still too immature at that time and was a romantic at heart, and was swept off her feet by Sidney’s charms. However, she was compelled to put her foot down once things went out of control. As the actress explained in her memoir how Sidney became controlling and forbade her from seeing other men even after parting ways. The high-profile affair came to a disastrous end after nine long years. However, this chapter of their life was out in the public eye and the pair reconciled as friends decades later. The two realized that it was better to leave that part of their life behind.

Also Read: Jayalalithaa’s Rumored Affair: The Relationship with her Mentor and Fellow Actor