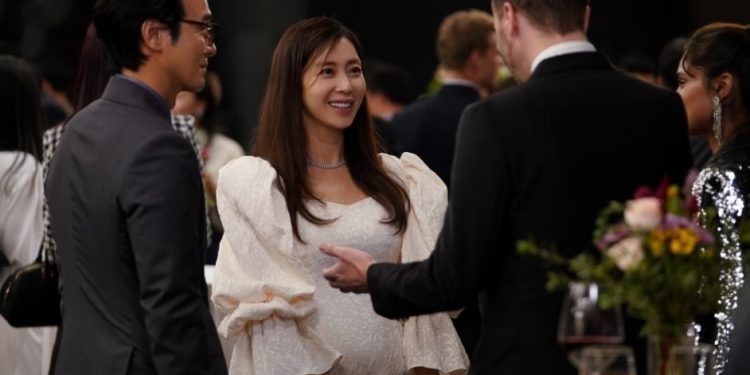 A still from Show Window: The Queen's House

The new Channel A and Viki drama will center around the not-so-perfect life of Han Sun Ju (Yoon Ah), who helps another woman in an affair without knowing that the affair is with her own husband. What will happen when she will figure out the complete story? Will her crown of being the queen of the perfect family fall? Earlier, with dramas like “The World of The Married” and “Cheat On Me, If You Can,” people have experienced the dark side of not-so-happy “Kdrama” relationships.

Therefore, Show Window: The Queen’s House will be another addition breaking the stereotype formed inside all Kdrama lovers’ minds.

Show Window: The Queen’s House is relatively new to the Kdrama world as it released its first episode on November 29, 2021. The drama tells you the story of a woman who helps another woman in her affair without knowing that the other person involved is her own husband.

The drama just dropped its first episode, and the backstabbing, cheating, and betrayal have also taken off. You can experience it all online, even though if you do not reside in South Korea. In episode 1, we find Han Sun Ju getting love and attention from her beloved husband, Shin Myeong Seob (Sung Jae), as they attend a fashion event. However, Myeong Seob’s mistress, Yoon Mi Ra(So-Min), is also present at the party, but with a disheartened look. It will be exciting to see how she will befriend Sun Ju in the upcoming episodes.

2PM’s ChanSung plays Sun Ju’s younger brother. After his failed relationship in “So I Married An Anti Fan,” we hope his character finds love in Show Window.

Since Show Window: The Queen’s House is available on Rakuten Viki, people can access new episodes from any corner of the world. Moreover, Viki is also an official distributor of the drama. Hence, you can stream the drama for free, and it will not cost you a single penny. Also, you will find subtitles in English and other languages for a better experience. Meanwhile, in South Korea, the drama air via Channel A cable network.

Kdrama are nothing without its cast. Working as the backbone of the entire project, the cast brings liveliness to the characters and structure to the plot. The cast of Show Window: The Queen’s House Kdrama cast has begun to showcase their talent with their mysterious, mischievous, and compelling new characters. But, how well do you know the main cast?

Starting with Song Yoon Ah, she plays the ‘apparent’ queen of the drama- Han Sun Ju. She plays the woman who has it all but will see things falling apart right before her eyes. Neither can we anticipate the spoilers nor Han Su Ju’s life for the future. But, Yoon-Ah is undoubtedly proud of her new project as she shared how “Show Window: The Queen’s House” is exactly what she was looking for. 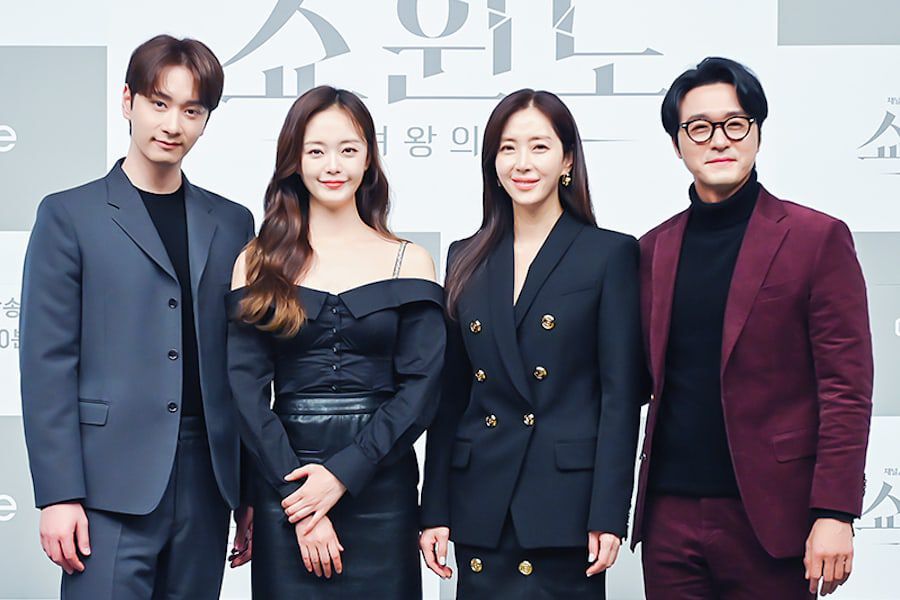 Lee Sung Jae plays Shin Myeong Seob, Han Sun Ju’s husband, having an affair behind her back. After establishing his name in the business industry, he chose to be a devoted father and husband until he met Yoon Mi Ra, played by Jeon So-Min. After getting entangled in an affair, the two try to hide it from the world. Although Sung Jae is cheating on Yoon-ah in reel life, he is pleased to work with her for the second time. The actor shared that he instantly joined the project when he heard about Yoon-ah joining it too.

So-Min, on the other hand, wants to surprise her fans by showing a different side. She mentioned that the role would allow her to stretch her acting spectrum.

Lastly, 2PM’s Chan Sung plays Han Jung Won, Han Sun Ju’s brother, who would do anything for her sister. So, what will happen when he learns about Myeong Seob’s affair? We believe he will try making things better for her. But, Chan Sung has expressed his feeling towards Yoon-ah and wishes to be her real-life younger brother.

Show Window: The Queen’s House cast owns a perfect balance and chemistry. The same will be presented on the screens.