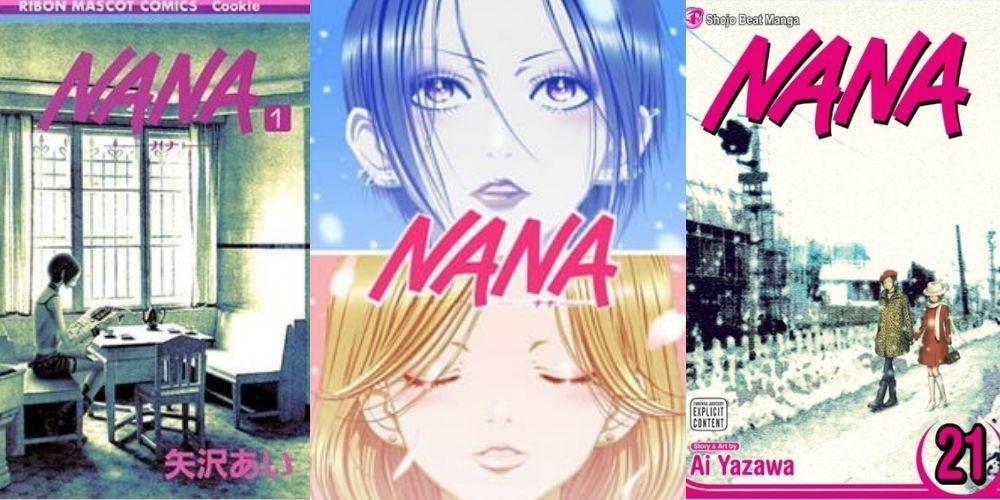 NANA is a famous Japanese Shoujo Manga release in the year 2000 and goes on till 2009. The Manga is written and illustrated by Ai Yazawa. The Manga is serialized in Cookie magazine. The series has received its title name from the two main leads, who are called NANA. The Manga English publishers are Madman Entertainment and Viz Media. There are a total of 21 volumes in the Manga. The Manga is also adapted into a live-action film.

It is released around the year 2005. The sequel of the movie was released in 2006. This is adapted into an anime too. The anime was released between April 5, 2006, and March 27, 2007. It was released on Nippon TV. Now, this Manga is going to get another adaptation in Chinese drama. In 2002 the Manga got to recognize and win the award in 48th Shogakukan Manga Award for Shōjo manga. Also, it has sold over 43 million copies which are quite great. Manga has done its magic to the screen through anime, short movies, Manga, and now it is time to see the magic in the drama segment.

Currently, the news of a remake of legendary Shoujo works has been all around the web. One of the most famous works of Shoujo Manga, “NANA,” is all set to get another adaptation. This time the Manga is going to get adapted to a Chinese drama. The Manga gets its green flag to be adapt in Chinese drama and release soon. The fans are going gaga all around over the news. The adaptation is in process for the Manga.

The series is an overview of the life of two young women. One of them is a hopeless die heart romantic, while the other is a lead vocalist of a punk rocker band. They both want to explore their identity and establish it. They both coincidentally name similar which is NANA, the title of the Manga too. The struggle to establish their identities and fulfill their dreams from the eponymous ‘Apartment 707’, against the backdrop of early-2000’s Tokyo and its big-city glamour, is what to be a witness in the whole series and also in the upcoming drama.

NANA is considered and look into by many artists. The one who wrote the total Manga is artist Ai Yazawa. The Manga, despite being incomplete & unfinished still it is considered by most of the artist and readers. The Manga is serialized in Cookie & Shoujo Beat from 2000-2009. It talks about the journey of the two girls in many ways mirrors that of an entire generation of women who grew up in that era. It also put some light on the embodies the peak of noughties-nostalgia. the Manga is an evergreen epitome of themes of friendship, love, betrayal, attachment, ambition, and idol-fandom .the story remains relevant throughout the whole Manga. 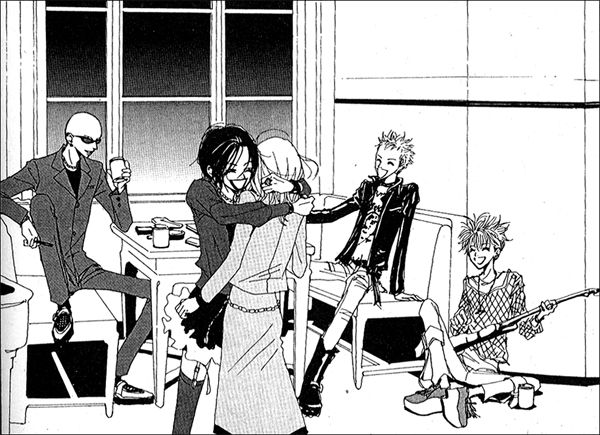 A Page from Shoujo Manga NANA

This Manga is based on the world of music. NANA is one such inspiring piece and already has a hit official-soundtrack. The soundtrack is recorded by powerhouse singers Anna Tsuchiya & Olivia Lufkin. There are already multiple adaptations of the Manga which you would have been aware of. The story has its existence through the live-action movie, which was name NANA, which release in the year 2005. The other sequel with the same name was released in 2006. The anime adaptation of the manga was released in 2006, which is love and watch by most viewers.

As announces, the Chinese adaptation of the series will not be similar to any of the previous versions. The story of the drama will be closely followed up by the Manga. It will be an exact representation of the Manga. It is a rough estimate that the Chinese drama will have around 36 episodes. The series will be directed by the Taiwanese director/ screenwriter Leste Chen whose famous works are Moonshine & Valentine, Murderous Affairs in Horizon Tower fame. The series will be getting a license under Tencent Pictures. The news of adaptation goes public on January 22nd and has been trending on Weibo ever since.

The Chinese adaptation of the drama is not new. There is an unofficial adaptation of the series name as Another Me in the World’ release in 2012, starring Stephy Chi & Chen Lu, was the one which is indirectly based on Manga. The current craze for two leading females is thoroughly witnessed worldwide over dramas which can be proving a great help to the upcoming series. The cast of the drama is still in the process of onboarding as it is not decided yet. The search is still going on to find the perfect main led for the drama.

The drama initial poster is already released in the market, which is a rough glimpse of the upcoming drama. Overall this can be one of the most desire or love series in the future if it closely follows up the Manga.

Synopsis of the Upcoming Drama

The Shoujo Manga NANA is one of the famous artwork of Ai Yazawa. This Manga “NANA” revolves around the lives of two girls. Both of them come from completely different backgrounds. They both share the same name, which is NANA. The reason why the series is named NANA is because of the names of the girls. They both have completely different personalities and lifestyles. Oosaki Nana (大崎ナナ) is an orphan who dreams of being a big singer.

The other one is Komatsu Nana (小松奈々) she is also referring as Hachi. She is a naïve upper-middle-class girl who is a hopeless romantic. Her only motto in life is to love. It’s her only dream. They both meet each other on a train to Tokyo. They talk throughout the journey then go to their respective ways. After this meeting, they again run to each other and end up being roommates. Being together, they have to go through many ups and downs in their lives. To maintain their relationship and also to maintain other relationships, they have to sacrifice and live. It is to witness how they both grow together and go through all the rough patches of their lives. The journey of the difficulties and how they achieve their goals is to see and appreciate in the Manga and also in the upcoming drama. 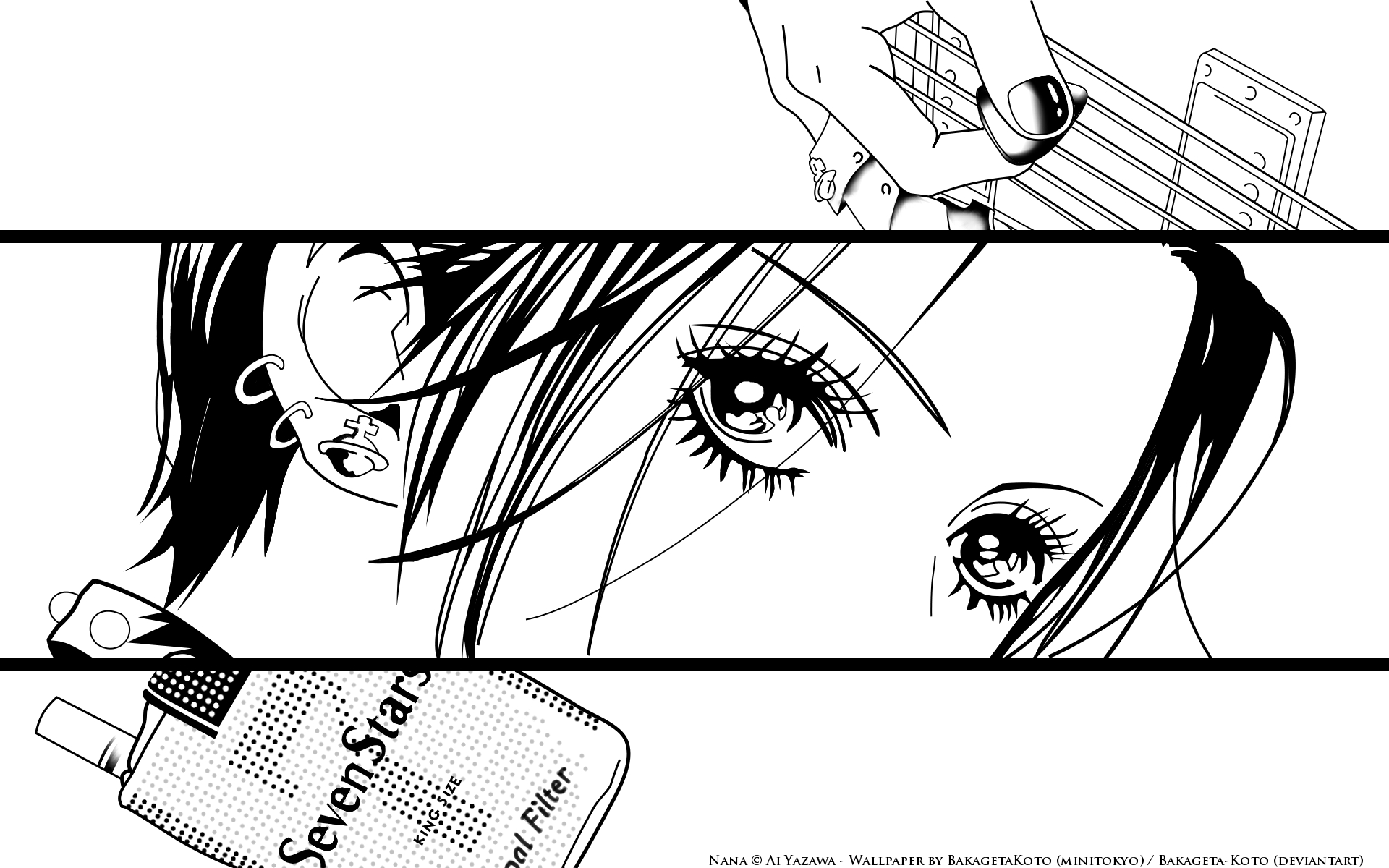 The plot of the Manga NANA, which will adapt to the Chinese drama, will have a similar plot as the Manga. The drama will revolve around two girls name Nana Komatsu and Nana Oosaki. Nana Komatsu is a girl who has a habit of falling in love at first sight all the time. This process of falling in love also depends on other people to help her. Her friends and boyfriend leave for Tokyo. She also decides to join them a year later after having saved enough money that too at the age of twenty.

The other girl, Nana Oosaki, is the other Nana going to be in the series. She is the punk-style lead vocalist of a band called Black Stones (BLAST for short). There is a short life story about her living with her boyfriend, bassist Ren Honjou since she was 16. After this, when Ren offers a chance to debut in Tokyo as a replacement member of a popular band called Trapnest, he chooses it. Nana chooses to continue on with the BLAST music group and to grow her own career instead of following Ren. She is the one who has too much ambition to be called a rock star’s girlfriend. With time she also leaves for Tokyo at the age of twenty to start her musical career. 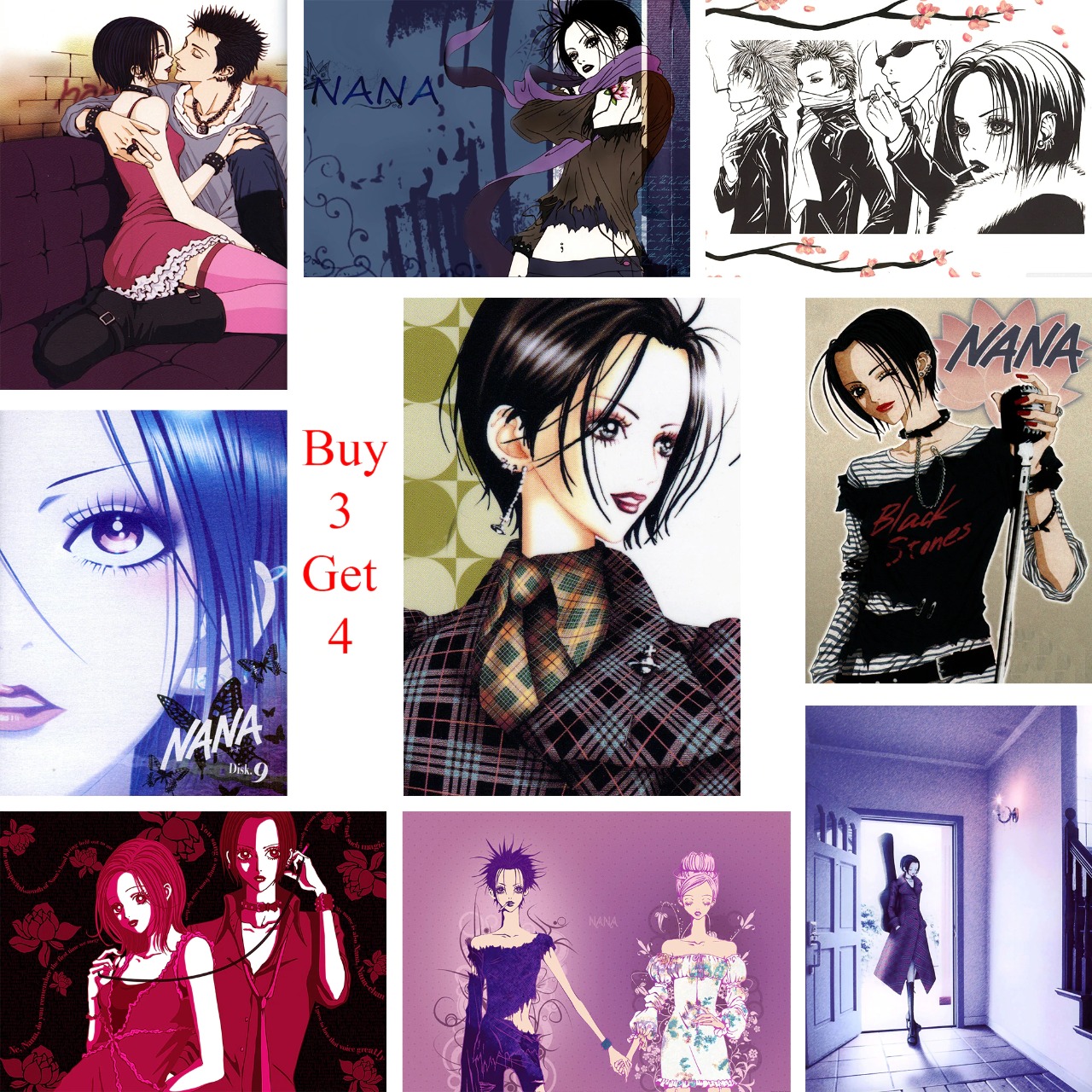 Both the Nanas meet on the train by chance which was leaving for Tokyo. On their way to start a new life, they both share some words with each other. After this, they did not meet each other. After a quiet few days, a sudden co-incidence happens, and both the Nana are together yet again. They are there to share the same apartment. They both are north and south when it comes to personalities and livelihood. Also, they have a different ideal type. Despite all the dissimilarities, they both quite get a better equation.

They are best friends with each other. After this BLAST begins to gain popularity at live gigs, the two Nanas face many other issues together. Especially in the areas of friendship and romance, they have to go through up and downs. The story of both the Nana revolves around the romance and the relationship. One character seeks fame and reorganization while the other seeks love. The main story begins in 1999, where the bond the story will begin.

This is the plot that is expected, as the makers say it will be close to the Manga. The plot can be quite similar to this.