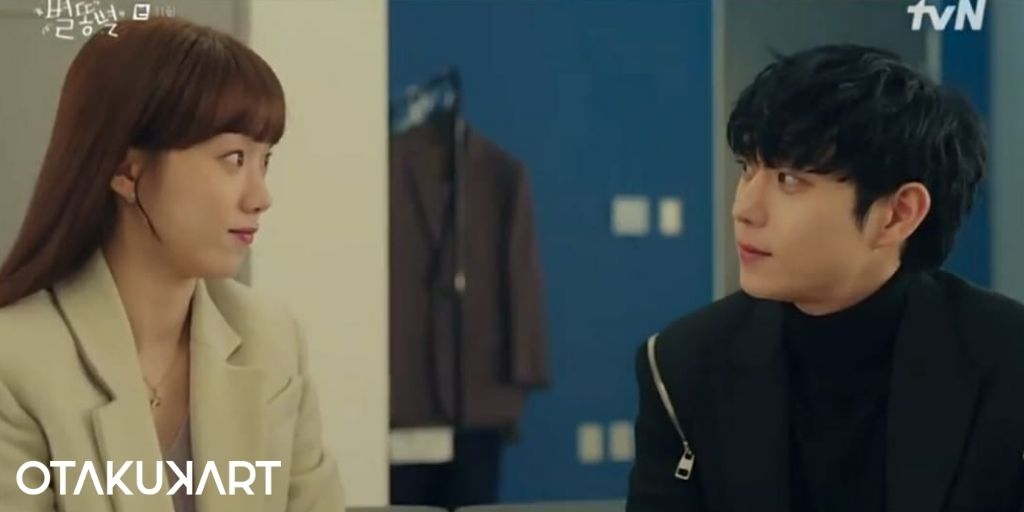 Shooting Stars Episode 14 will be out this week and fans are highly anxious to know what will happen in the episode. Things have started to get messy for Gong Tae Sung as his anti-fan aka smile boy spread rumors about him and Eun Shi Woo, who is actually his birth mother. But as we know, his relationship with her is not at all good or even close to a mother-son relationship. This has even caused him immense stress which is affecting his mental as well as physical health. But our male lead is trying his best to pull himself through all of these difficult times.

“Shooting Stars” has been a rollercoaster ride of emotions for us as it makes us laugh, cry, and melts our hearts. And we know that the upcoming episodes will do the same. It will be a tough journey because how can everything go so smoothly in a Kdrama? There are many things waiting for Gong Tae Sang and everyone around him, which are bad as well as good. We can only hope that they will be able to overcome those obstacles. Here is all the details you need to know about where to watch “Shooting Stars” Episode 14, its release date, and where can you watch this amazing Kdrama.

What Has Been Revealed Till Now In The Kdrama?

“Shooting Stars” has revealed many shocking things in the previous episodes which will become a major base for the upcoming story. We get to know that Eun Shi Woo, who is Gong Tae Sung’s mom, has a disease and is starting to forget her memories. And that is the real reason why she came back- because she wanted to apologize to her son before she even forgets about her memories of him.

Meanwhile, things are still not getting better regarding Eun Shi Woo and Gong Tae Sung’s rumors, and people have started dragging anything and everything about his past and converting it into a scandal. We can also see that this has affected his shooting projects and the director has even considered replacing him.

All of this has thrown light upon how the real life of stars is so difficult. After all, they too are humans, and they too have their personal lies. During all this chaos, Oh Han Byul and Kang Yoo Sung are having a hard time choosing whether to reveal that Tae Sung and Shi Woo are mother and son or not.

On the other hand, we see our cute couple Yoon Jae Hyun and Jin Yoo Na broke up, and we can agree that even our hearts broke when she was crying. On a lighter note, our suspicions about Jo Ki Bbeum and Do Soo Hyuk are getting stronger as we can clearly see a spark between them. And viewers are rooting for them. So let us see if their relationship makes progress in “Shooting Stars” ep 14.

What To Expect From “Shooting Stars” episode 14?

“Shooting Stars” Ep 14 might bring a turn of events and fans are suspecting that the agency has revealed the real relationship between Gong Tae Sung and Eun Shi Woo. This might make things worse in his and Oh Han Byul’s relationship. Another thing we might be able to see is that our main lead may finally get to know why his mother came back into his life, as it was previously revealed that she has started to lose her memories.

Will their relationship get better? Will Gong Tae Sung be able to forgive his mother? With this, we can also expect to see more of Jo Ki Bbeum and Do Soo Hyuk as potential couples.

Where To Watch Shooting Stars episode 14

“Shooting Stars” Episode 14 will first air in South Korea through tvN which is the original broadcasting network of the Kdrama. But do not worry, as viewers will be able to watch it on several online platforms like Rakuten Viki with subtitles in many languages. Along with this, you can also watch it on WeTV, TVING, iQiyi, and Viu, if you live in the selected regions where they provide their services.