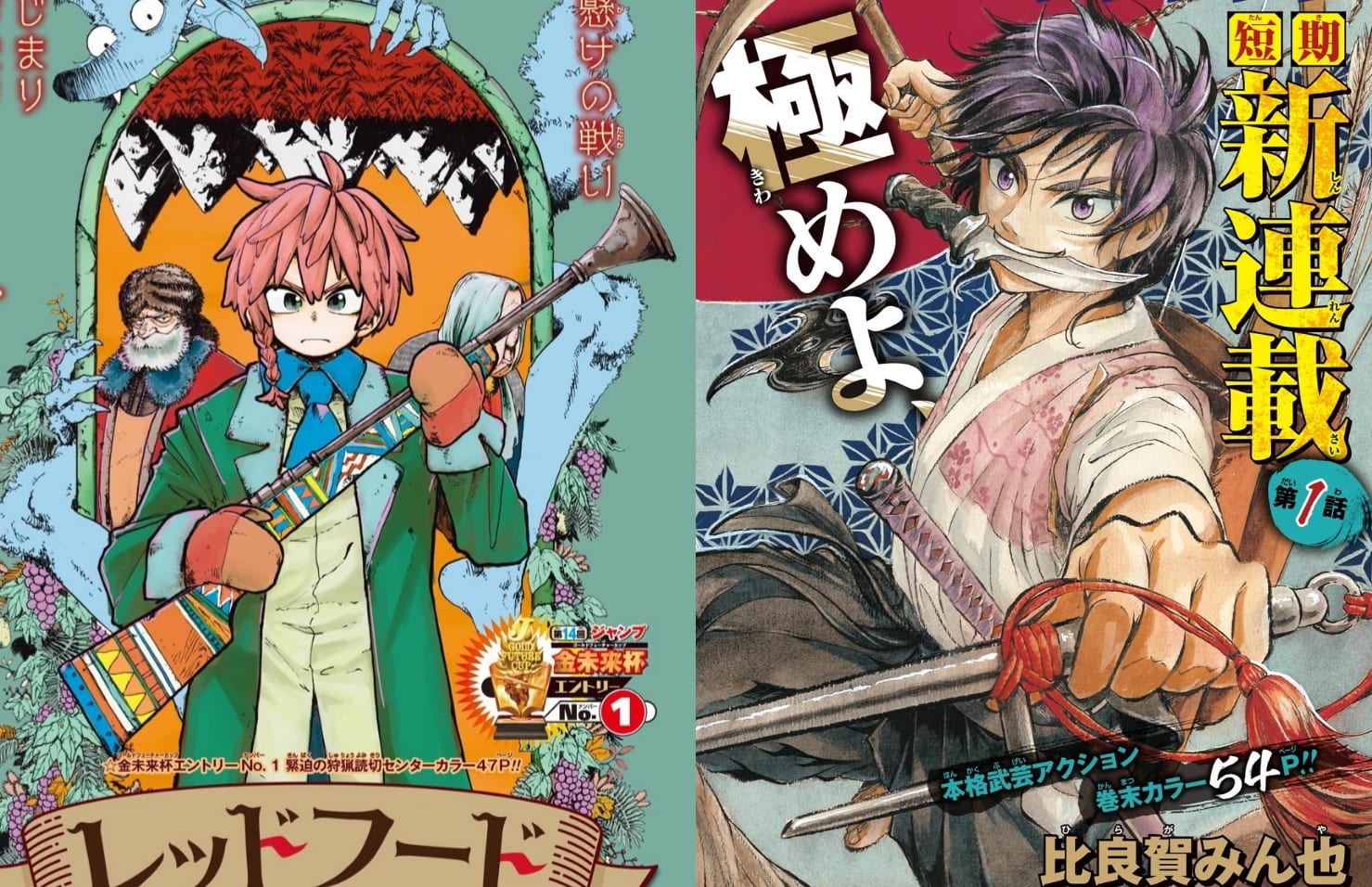 The name of Shonen Jump is widely known in the manga and anime industry. The magazine under Shueisha publishes shonen manga series. Some of the best manga books were published by Shueisha and serialized its Shonen Jump magazine. So, most manga series affiliated with the magazines are often treated with priority. The magazine itself was launched back in 1968. In the 1980s and 1990s, the manga underwent its Golden Age, launching epic manga like Dragon Ball, Naruto, One Piece, and  Bleach. They have influenced the entire manga industry and continue to do so. Even in recent years, best-selling manga like Demon Slayer, Jujutsu Kaisen, and Spy x Family are published in the Shonen Jump Magazine. The magazine often launches new manga but this time, Shonen Jump Magazine launches 2 new manga. Given its history of record-breaking series, we are definitely curious about them.

Shonen Jump’s most manga series are translated to English by Viz Media. Shueisha also launched the Manga Plus app to reach more people. Over the years, both mediums have become extremely popular with more people seeking to read manga digitally. Shonen Jump often conducts various manga competitions to encourage budding manga writers. As a matter of fact, they also seek manga series worth publishing through such competition. This is why a lot of aspiring mangakas in Japan look forward to grasping this opportunity. Shonen Jump Magazine Launches 2 new manga and we have compiled all available details about them.

Here is everything you need to know about the upcoming manga series.

The announcement was made in the 29th issue of the Weekly Shonen Jump as well as on their official website. As per the announcement, two new manga will be launched in the two upcoming issues of the magazines. The titles of the two upcoming manga are ‘Red Hood’ and ‘Neru: Bugei Dogyo’. They will be launched on the 30th and 31st issues respectively. For people craving new books, this might be their opening to hype over two entirely new manga series.

Both the manga previously published mini-series and one shot. But now, they are getting official serialization. This is very common in the manga industry. The art style and plot look absolutely fantastic in both the manga. We cannot help but look forward to the series and see how the manga steers its way through plot twists. 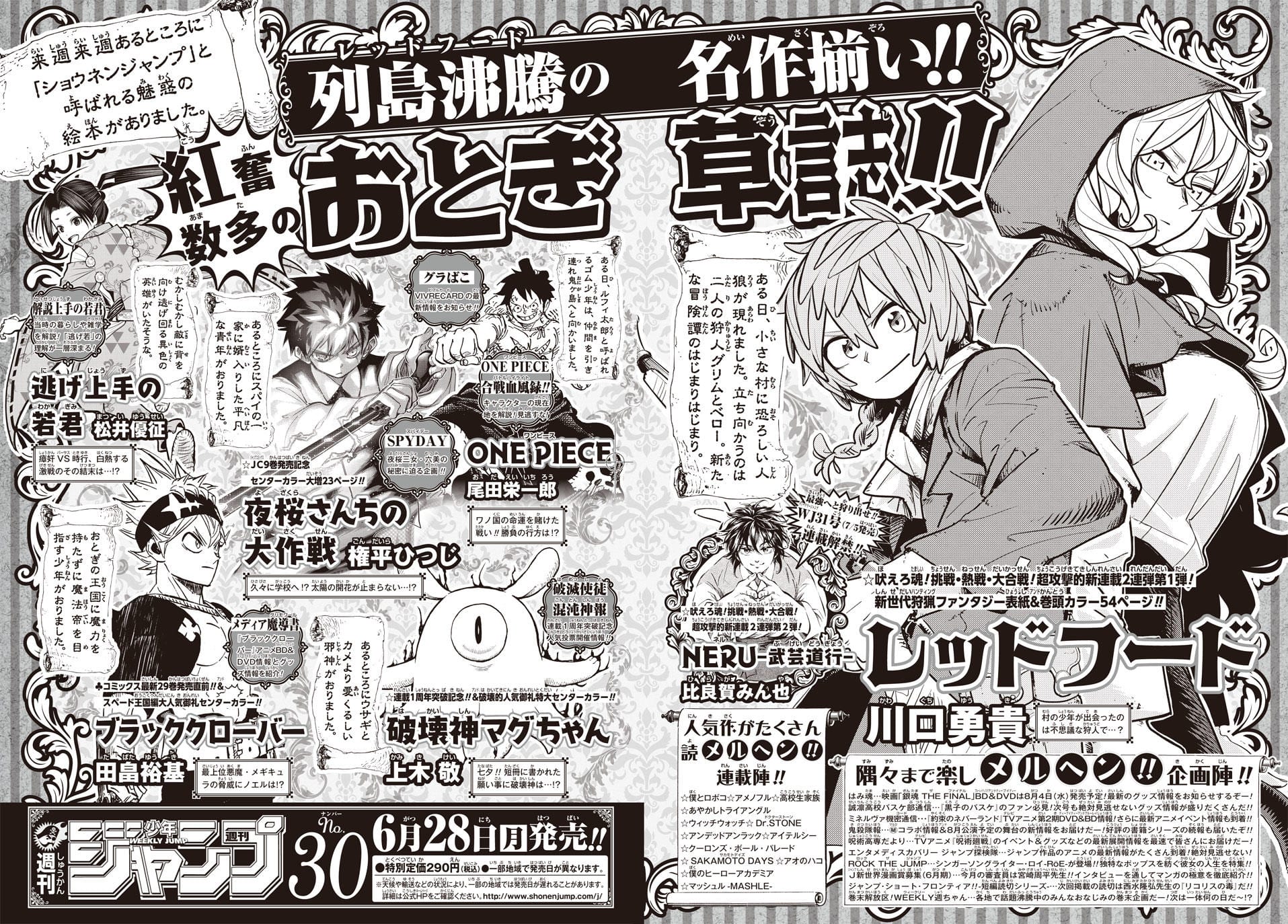 The first manga to be launched is Red Hood. It is written and illustrated by Yuuki Kawaguchi. The manga will be published in the 30th issue of Shonen Jump, which will come out on 28 June 2021 (Monday). Its first chapter will be 54 pages.

It is an action and fantasy genre plot set in an alternate universe. In a world where werewolves and other fantastic creatures exist, a 13-year-old boy wants to be a hunter to protect the village where he lives. However, he will need the help of the hunters’ association for this purpose.

Red Hood was released as a one-shot in September 2020 in the Weekly Shonen Jump. It was also one of five one-shots participating in the Golden Future Cup 2020. Red Hood stood as the winner and thus was granted a serialization. Yuuki Kawaguchi is a very talented writer and illustrator who has won several awards in his area of expertise. With so many positive remarks, we are definitely anticipating the manga’s release.

It must be noted that the release date will differ as per the location as the manga will be launched on 28 June in Japan only. 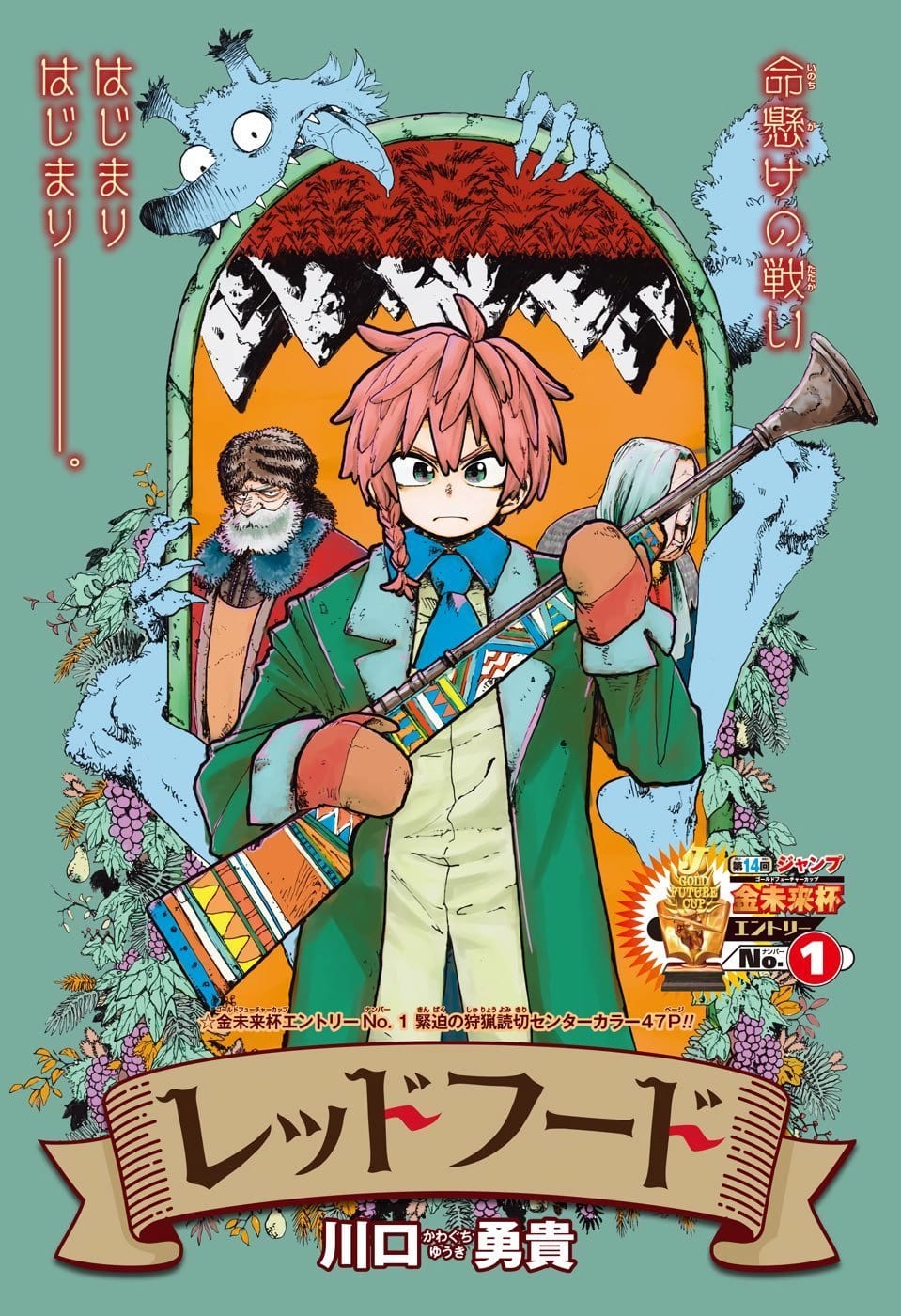 The English translated title of the manga is Neru: Martial Arts Travelling. It is written and illustrated by Minya Hiraga. It will be launched in the 31st issue of the Weekly Shonen Jump which will come out on 5 July 2021. Once again, the release date will vary with location.

The main character of the series, as predictable from the title, is Neru. After discovering a secret book, he turns into a self-taught martial artist. After learning martial arts by himself, he tries to get into a school for famed martial arts families.

In September 2020, a digital mini-series of the manga was released. This mini-series had four chapters. The mangaka, Minya Hiraga, also won the 93rd Tezuka Award for his work Utsurou Toki no Naka de. 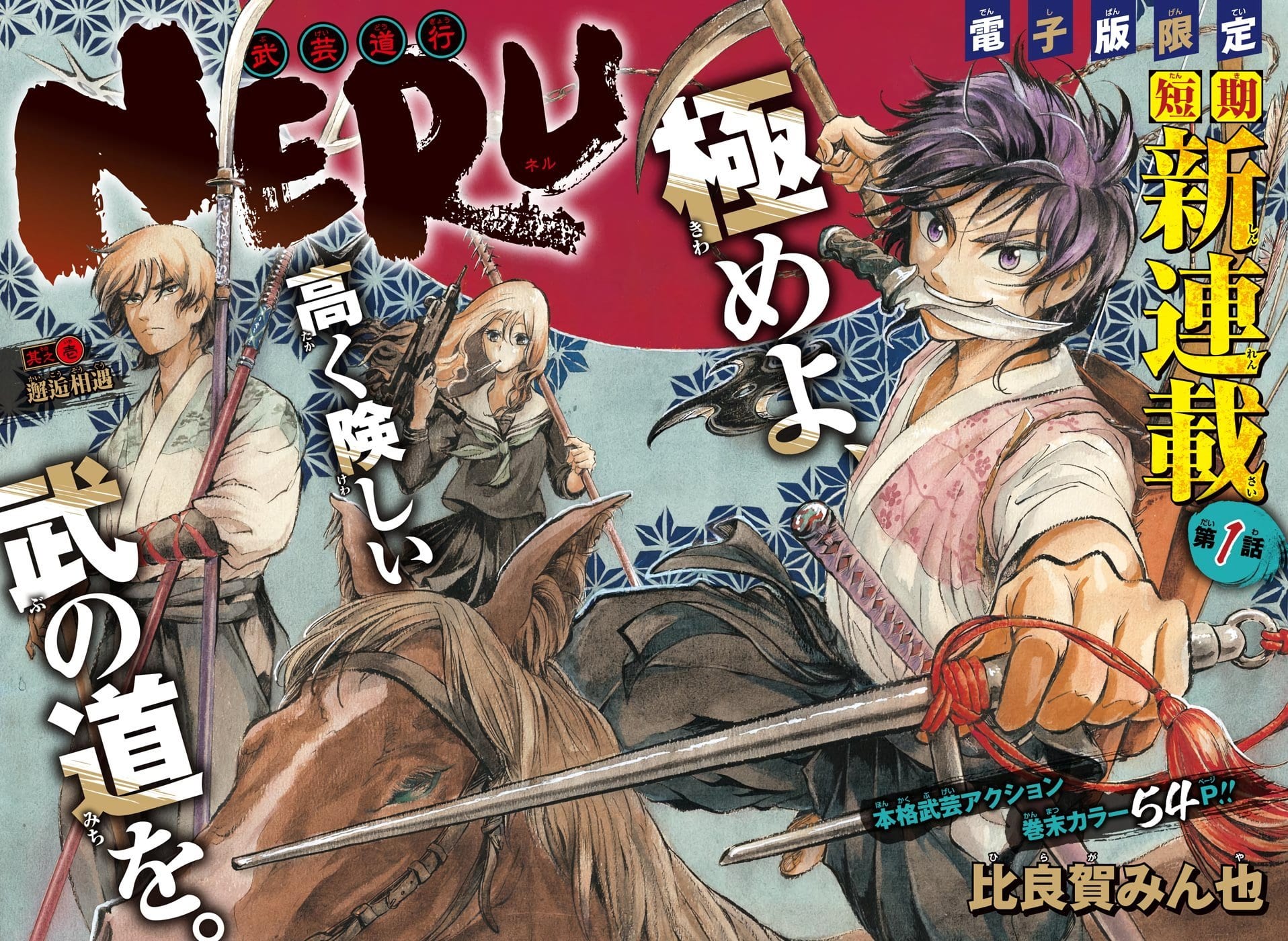