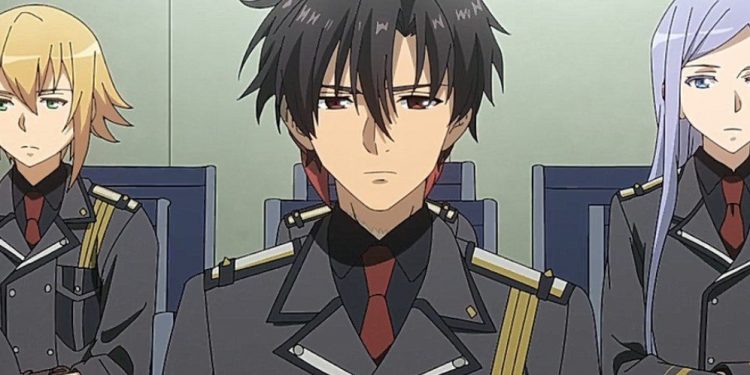 86 EIGHTY-SIX Part 2 Episode 9 has returned, but the anime is delaying it by another week. 86 EIGHTY-SIX Part 2 has delayed its last three previous episodes, but we will be looking at the latest updates. The battle continues after Shin receives a shocking message. In the previous episodes of 86 EIGHTY-SIX Part 2, Nachzehrer’s pilot decided to join the battle, knowing that he was the last pilot to join the others. On the other hand, Shin spoke with Federica before she went hiding. He rejects her offer, and Federica realizes that nothing can stop Shin from fighting.

Federica knows that the war is too dangerous, and there is the possibility that Shin would die at any time. She thought they should retreat and accept the loss, strategies, and then battle next time. But Shin can wait to make his enemies pay. She also told him about Kiriya, who has switched sides, giving Shin confidence since he wants to take down Kiriya. He decided to battle even though it might endanger his life.

Zimerman also failed to stop the mission and talk with Shin and other warriors. He knows that they have to stay alive and return or else he will commit suicide. Shin vows that he will return with the team. Federacy and the other enemies begin to attack the Legion on the other side. They decided to block their path and buy time while destroying the Legion. The Nachzehrer launched an attack, went for the Morpho. Shin heard the voice of his target and decided to head to that side after realizing that it was Kiriya. Shin vs. Kiriya begins. The episode title is “Stay This Way Forever.”

The Nachzehrer arrives near the Morpho, where the Nordlicht was forced to airdrop after an anti-air attack. But the Nachzehrer retreats to distract the Legion’s air defenses. Nordlicht decided to fight back, making its way through the Legion defenders. They confront the Morphos, but no one has seen what is happening. Shin notices that the Morpho is damaged and used as the bait to close the gap between them and the range of a second Morpho gun.

Kiriya controls the second Morpho gun while Nordlicht narrowly avoids Morpho’s attacks and retaliate. Shin decided to make a move after noticing that he was at a disadvantage. He moves back, but he gets knocked out when Kurena unwillingly attacks Shin. Kiriya received orders from his superiors that they were not retreating since they had been hit by a surprise attack and lost. Kiriya agrees to that but tries to lure the enemies. Shin and his team decide to chase Kiriya while the rest of Nordlicht remain behind to block the Legion reinforcements.

Meanwhile, the main Federacy force decided to move forward and reach Grether’s location. They get Grethe and the Nordlicht survivors back but cannot assist Shin with any support. Shin and his team decided to rest and learned that Frederica was inside Fido’s cargo trailer. They talked about that issue and had some disagreement, but Federica arrived at the scene. She decides to travel with them even though they are angry at her, and Shin realizes that they have to travel with her since they cannot leave her behind. Shin talks with her, and they continue to chase their target. Federica has reseasoned why she was inside the cargo. Shin and his team vow to take their enemies down.

86 EIGHTY-SIX Part 2 Episode 9 will be released on 19 December 2021. The anime has been skipping its weekly schedule due to the special episodes that release once every episode. The following special episode will be on Sunday, and then episode 10 will release. The next episode is titled “Together Unto Death.” Let’s look at 86 EIGHTY-SIX Part 2 Episode 9 official details and the latest news.