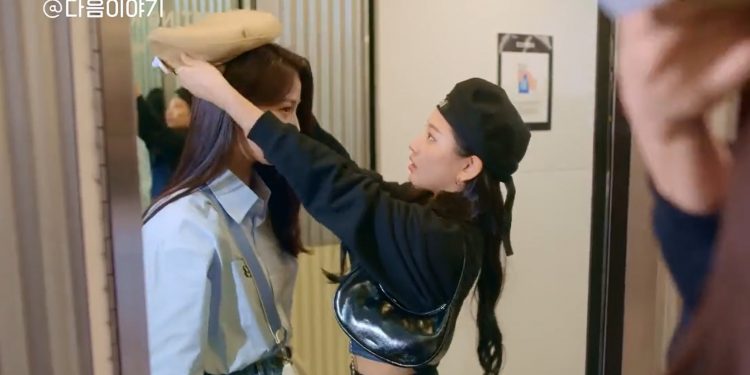 Episode 9 of ‘User Not Found’ is going to give fans what they have been waiting for all along. Ever since the start of the series, many have been interested in the chemistry and friendship between both the Minjae’s. As cute as the romance aspect of drama’s is, delving into friendships and the slow growth of platonic love between two people is more adorable. After Han Yeji decides to help Shin Sohyun out by switching identities, she is seen growing affectionate of her. She is not at all the type to meddle in other people’s lives but now that is changing.

When Yeji sees Sohyun in an uncomfortable position or having a hard time because of her peers, she comes to her help. She may act cold on the outside but she is a warm-hearted person who cannot help but feel protective of Sohyun. Having been in that position of popularity, Yeji knows the cons all too well. Now, it isn’t just her but also Hyejun who is started to get involved. With so many aspects of the drama aligning, it is getting more fun to watch. Are you excited to know what happens next, as well? So are we!

Previously on User Not Found

Apart from Yeji and Sohyun growing closer, a lot has been happening in the drama.

Sohyun and Yeji sneak up on Yijoon

While trying to find a secluded spot to talk, both the Minjae’s accidentally bump into Yijoon being confronted by a girl for something. Fortunately for them, Yijoon does not see or hear their arrival. Both the girls stay hunched together, as they witness the scene that unfolds. The girl talking to Yijoon seems to be upset at him for something. He gives her a seemingly nonchalant response, to which she replies by taking his phone from him and smashing it on the floor. The phone lands near Sohyun’s feet and as she approaches him to give it back, she tells him to not worry as she saw nothing.

When talking to Sohyun about friendship, Yeji gets a little sentimental and frustrated. Sohyun tells her that she feels bad for not telling her friends anything regarding her past and Yeji gets annoyed. She tells Sohyun that these are not her real friends, and if they were, they would wait for her to get comfrotable and approach them first about things. She seems to have  very vivid flashback to her past and her old friends. This leaves her visibly bothered.

Hyejun wants to be in on the secret

Despite being very careful about their secret meetings and the alliance they share, both the girls cannot escape Hyejun’s quick-wittedness. He quickly corners them and asks to be let in on the secret. Since the girls can’t do much due to the knowledge he already has, they settle down and talk. He says that he can be of help to them both and they might in fact even need him. He shows them a post on the anonymous bulletin referring to an incident that takes place earlier that day.

The ninth episode will be released on Friday, December 31, 2021. This episode will feature moments of friendship between both the Minjae’s galore. There is a lot to look forward to, so don’t miss out!

Where to Watch User Not Found Epiosode 9

Episode 9 of User Not Found can be streamed on Viki. With Hyejun in on the secret, things are bound to get more exciting. We have already witnessed how clever he is, so fans are looking forward to see what more he has in store.

What to Expect From The Upcoming Episode

The upcoming episode will take us through the date that both the Minjae’s go on. It looks like they will be getting much closer and finally develop a proper bond of friendship. Han Yeji also says she doesn’t believe in friendships. All the viewers know this is because of something that happened at her old school. But will Shin Sohyun be able to change that? We’re all dying to know!