Kim Hyun Soo is behind the bar. Meanwhile, Shin Joong Han is fighting in court to free him from the guilt of the crime that he did not even commit. 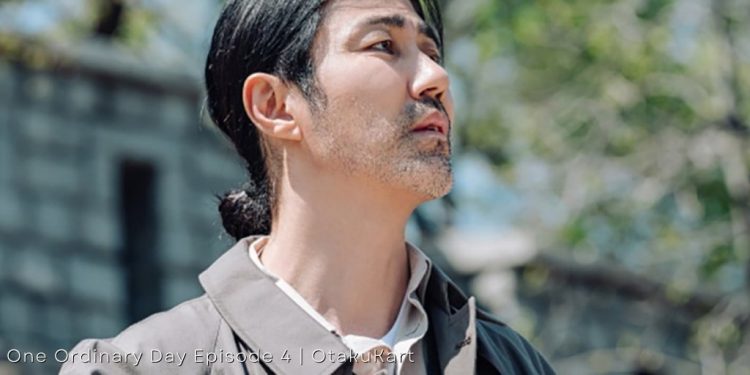 New trials and a game of hide and seek unfold in One Ordinary Day Episode 4! The upcoming part is going to bring the story in a completely new direction. We will see some leads that may be helping to sort out this mess. The motive of the murder is still unclear. But we have some suspects, such as Hong Guk Hwa’s friend, the neighbor guy, and the gas station man, and we can even add her father now. It is crystal clear that the two were not good terms. However, he may enlighten this murder mystery in a new direction.

Also, we will see a new lawyer who is also tracking this case from the beginning. So buckle your belt! Because we are going to take off a crazy ride with Hyun Soo and Joong Han. Another point that should be noted while watching the drama is the detailed filming of each scene. If you blink, you may miss a shred of crucial evidence. The lawyer Shin Joong Han is not your typical lawyer compelling to the law rules. Contrarily, he will bend the law when the need arises. It will be thrilling to see Cha Seung Woo’s exceptional character in which he has put his soul. Viewers should look forward to One Ordinary Day Episode 4 because Shin Joong Han is taking on a roller coaster ride of absurd law justice!

One Ordinary Day Episode 4 will be released on 5 December 2021 at midnight KST on Coupang Play. It will drop at 2 am in Australia on the same day. However, the drama will release on 4 December at 10 am in the US, at 3 pm in the Uk, and at 9.30 pm in India. Since it is a miniseries and remake of the British television drama BBC’s Criminal Justice by Peter Moffat, it is scheduled for only eight episodes. The episode schedule is out; every new episode of One Ordinary Day kdrama drops on Saturday and Sunday. All episodes run for a one-hour duration.

rmb when we first saw this cut and wondered how hyunsoo can be so fashionable and rich that he wears a highend brand, is this a plothole..?

turns out this gucci shirt plays a key role for hyunsoo’s story. the details in this drama 🔥💯#OneOrdinaryDay #OneOrdinaryDayEp2 pic.twitter.com/dRlBA3gXWQ

The drama is available on Coupan Play at midnight KST for South Korean viewers only. Coupang Play is not launched yet for the international base. However, One Ordinary Day kdrama is also streaming via ViuTV for global audiences with English Subtitles. But it is accessible in some selected countries for now.

Also Read: Temptation Of A Wife Kdrama: Review, Season 2 & Where To Watch

What To Expect In Episode 4?

As we expect, the upcoming One Ordinary Day Episode 4 will deliver a crucial turning point to this murder mystery! While standing against the veteran prosecutor who holds 117 pieces of evidence, Shin Joong Han will try to bring the whole court in Hyun Soo’s favor. It is definitely not going to be an easy task to do since he is odd against all! However, it will be worth watching Cha Seung Won’s charismatic yet wicked lawyer form.

Understanding little about Shin Joong Han’s character, he will not stay still when all arrows are ready to take down Kim Hyun Soo. Just like he does in any case, he will turn the table, creating a new possibility of murder motive. After all, Hyun Soo did not have any intention to kill Hong Guk Hwa. If only they clear Hyun Soo’s name from the rape charges, which is indeed false, it will become less difficult for them to prove his innocence.

Another thing Shin Joong Han can point out is the coercive investigation. It clearly shows that the police are examining in one direction since all evidence is drawing to Hyun Soo. So supplementary investigation will bring the clues which the police ignore in the primary investigation. However, the problem is Captain Park. Captain Park seems doubtful since currently, he is only thinking about his after retirement plans. And for that, he is ready to do anything. Even if it means getting forced confession from Hyun Soo or creating false ammunition. Therefore One Ordinary Day Episode 4 unveils Shin Joong Han’s battle against absurd justice and the law authorities, who turn blind eyes to Hyun Soo!