‘Shikimori’s Not Just a Cutie’ Anime Trailer: Everything That Was Revealed 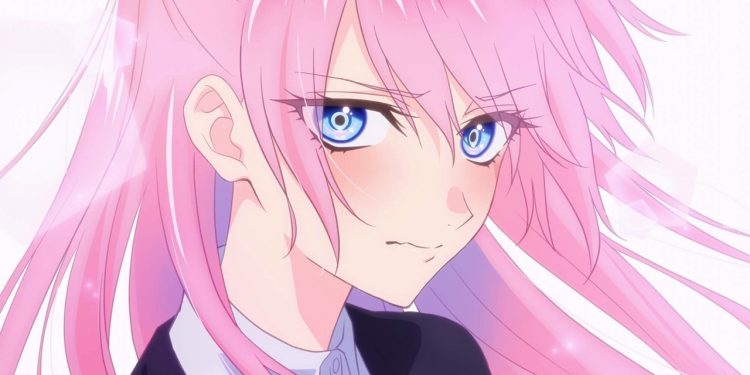 Shikimori’s Not Just a Cutie’s story revolves around its protagonists, Shikimori and Izumi. They are high school students who are in a relationship and do not like to hide their personal life. As a couple, Izumi and Shikimori are exactly the opposite because of their unwavering personality. Izumi is always saved by Shikimori whenever he falls into trouble. Shikimori proves herself as a cool heroine who always protects her boyfriend from trouble. Her sudden change in personality makes her a valuable character in the series. After all, this series is all about her and her love life.

Shikimori’s Not Just a Cutie is one of those manga series that gained more than one million likes, not only that it also comes in the best manga series of all time. After the success of the manga series, Doga Kobo is going to make its anime adaptation.

Shikimori’s Not Just a Cutie is an upcoming anime series, and Ryota Itoh is going to direct this series. Also, Shōhei Yamanaka will assist him as assistant director. Character Designing work is handled by Ai Kikuchi, and the script’s work for the anime series is handled by Yoshimi Narita.

According to the news, the opening theme song is performed by Nasuo, while the ending theme song is performed by Yuki Nakashima. All these amazing people will handle the work for making a memorable anime series. Also, the manga series serialization work was handled by Kodansha’s Magazine Pocket in the Asian region, and for other than the Asian region, was serialized by Kodansha USA.

ShonenMagazine Official’s Youtube Channel. released an official trailer of the upcoming anime television series Shikimori’s Not Just a Cutie onJanuary 11, 2022. Also, the trailer is just 30 seconds long, so there is not revealed about the plot of the series.

Moreover, if we look into the trailer, where Shikimori tried to protect her boyfriend Izumi from a car accident. This scene shows us her caring nature for Izumi. The trailer is full of Shikimori and tells about her different personalities in different situations. Also, the trailer is so cool, you can watch it below:

Doga Kobo will handle the anime adaptation work. Shikimori’s Not Just a Cutie anime will premiere on April 33, 2022, and this date is the official opening date. So, don’t forget to watch the anime series if you are a fan of Shikimori.

Where you can watch Shikimori’s Not Just a Cutie anime?

Who Is Kacey Musgraves’ Boyfriend? The Songstress Pens Down A Mushy Birthday Post For Her Beau!

Teppen!!! Anime Announced: What is it All About?