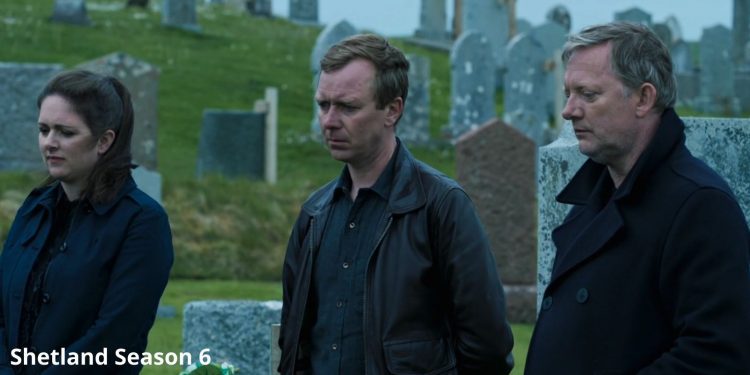 The popular crime drama arrived with another engaging episode and left the viewers with some major questions for the next time. It also got the viewers excited to watch Shetland Season 6 Episode 7. The sixth episode of the season saw how Donna had a surprise in store for Duncan and Jimmy. Meanwhile, Jimmy ramped up the investigation regarding Marrie-Anne’s death. Moreover, the police brought in Niven and Bedford for questioning regarding that case. However, the bigger question at the end was, who killed Marie-Anne and what happened to Jimmy and Duncan?

This amazing Scottish television show has been quite popular since it first came out on 10th March 2013. However, the show only had two episodes in the first season. But the unexpected success got the showrunners to greenlight more episodes for each season. The show has taken inspiration from the novels of a famous British writer Ann Cleeves. Moreover, Ann Cleeves has also created the show. Although, the writing for the episodes has been mostly done by David Kane throughout the show.

The producers of the show include Peter Gallagher, Eric Coulter, and Sue de Beauvoir. Moving on to the cast, the show stars Douglas Henshall, Mark Bonnar, Lewis Howden, Rufus Wright, Alec Newman, and many more. The show has managed to attract a lot of viewers not only in Scotland but around the world as well. It currently has a rating of 7.8 out of 10 on IMDB. The series is in the sixth season now and the viewers are awaiting the release of Shetland Season 6 Episode 7. But first, let us take a recap of the previous episode and find out what all happened.

Episode 6 of Shetland Season 6 came out on 24th November 2021. The episode began with Jimmy checking up on Lynn’s condition in the hospital. Meanwhile, he told Tosh to get in Niven Guthrie and Darren Bedford for questioning. They began questioning both of them about the party where Marie-Anne died and they seemed to be telling the same exact story. However, Tosh made Bedford nervous showing him call records of his and Niven’s conversation. Seeing this he told about Logan Creggan being present at that party as well.

Jimmy goes to see Logan and asks him about the party but Logan assures him he would have reported the crime if he knew about it. Meanwhile, they later get Bedford to tell the truth about how Niven and Alex got Marie-Anne the drugs that killed her. Moreover, they buried the body somewhere. So, Jimmy takes Niven on a drive and tells him to show the place where the body is buried. On the other hand, Carrie confesses that Niven wanted to scare Eamon but she doesn’t know the reason. Later on, Jimmy and Tosh get a suspicion that Eve might have killed her husband Alex.

This gets confirmed when Jimmy presses the buzzer at Eve’s home the same way Eve does and Merran recognizes that. Finally, the truth is revealed that it was Eve who killed Alex as he was about to come clean about Marie-Anne’s death. Whereas, Lynn posed as Eve to show that Eve was not in town at that time. On the other hand, Niven is convicted of Lynn’s murder. Meanwhile, things get out of hand when Jimmy learns of the letter that Donna sent to her lawyer. The letter stated that Duncan was to be charged with murder in case of Donna’s death and Jimmy would cover it. Even though neither of them is at fault, Duncan reports himself to the police to save Jimmy’s career and reputation. However, that doesn’t stop Donna’s lawyer from getting Jimmy arrested until an investigation is completed in the case.

Also Read: Where is Shetland Filmed? All The Locations for Crime Drama Series

Shetland Season 6 Episode 7: Will It Release?

After the shocking end of the sixth episode, the fans are wondering what happens next? Although, they will have to wait a bit longer to find that out. “Shetland Season 6 Episode 7 will not be releasing as the season ended with the sixth episode.” However, the show is set to return for a seventh season next year in 2022. Till then, stay tuned for any further news about the release date of Shetland Season 7.

The Scottish crime drama has attracted quite a lot of viewers with its sixth season this year. That is why they are wondering about where to watch Shetland Season 6? Well, the answer to that question is quite simple. “Shetland Season 6 was airing on BBC One at 9 pm in the U.K.” Meanwhile, the viewers in the United States can stream the show through Britbox. Moreover, the show is available to watch on BBC First in Australia. Even though the season has ended, the viewers can stream it on Amazon Prime Video. Whereas, the first three seasons of Shetland are available to watch in India on Netflix.

Straw Hats Take on Numbers in Episode 1002 of One Piece