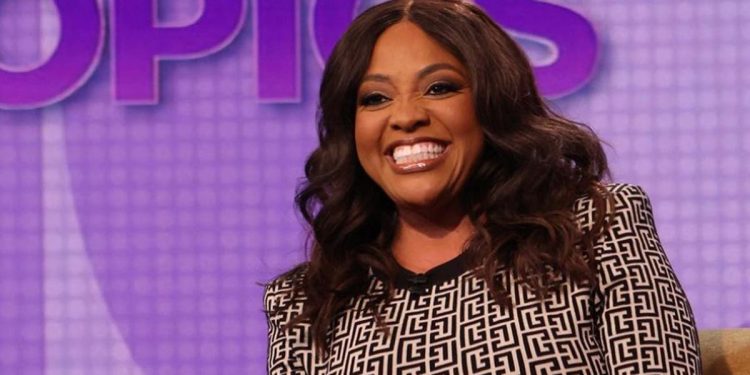 Sherri Shepherd has completed more than twenty-five years in the Hollywood industry. So, what is Sherri Shepherd’s net worth? Shepherd first started her career in the industry in 1995 through a television series. After that, she went on to become a successful television host and became an influential media personality. Now, she is also known for her comedy and acting skills, besides being an author. The television personality had appeared in several television shows and films in her long years of career. Besides, she is still going on and has a high chance of having more net worth in the coming years.

Shepherd has also participated in reality shows such as Dancing with the Stars and Masked Singer. Well, she is one big-hearted person considering how she raises funds for various organizations on her website. Furthermore, she paid rent and utilities for six months of Debbie Clark in 2011. She was a former star of American Gladiators who became homeless. Apart from that, she started a project consisting of hair add-ins and wigs lines in 2015. Her books are all about her own life experiences, which provide motivation to the people.

What is Sherri Shepherd’s Net Worth?

Sherri Shepherd’s net worth is estimated to be $10 million currently. She earns $2 million every year. Sherri’s primary source of earnings is from her career as a television personality, actress, comedian, and author. The television personality is most known for her appearance in The View show from 2007 to 2017. Later on, she went to appear in various other sitcoms. Well, there is not much information known on the other businesses or assets of the actress. Time Magazines even named her and other of her co-hosts among the 100 most influential people in 2009. The hosts from The View were also ranked among the thirty most influential women in the world by Forbes.

How Much Did Sherri Shepherd Earn from Her 25 Years of Career in Hollywood?

Sherri Shepherd accumulated a lot of wealth ever since she has entered Hollywood. It has been more than 25 years that she came into the entertainment circle. She has done several movies, reality shows, talk shows, and television series since the beginning of her career in 2015. If we have to name her series, then the list would indeed be a long one. Cleghorne was her first series in1995. Some other of her noteworthy series are Holding the Baby, and Everybody Loves Raymond, Suddenly Susan, and The Jamie Fox Show.

Shepherd’s sitcom Less Than Perfect even got her nominated for BET Award. Her most appearances were in The View series, consisting of 600 episodes. She earned $54,700 for the monthly appearances in that show. Her series Dish Nation is still going on and has aired 180 episodes until now. In 2013, her annual salary was $1,500,000. The television presenter also appeared in several films such as Precious, Ride Along 2, Hysterical, Jean of the Joneses, Transformers, Madagascar: Escape to Africa as voice cast, Brian Banks, etc.

Sherri Shepherd has her own official website by the name of SherriShepherd.com. The website is available to everyone. It is not a limited exclusive website that one has to pay something for availing the contents or other things. The website has many things listed under it for viewing or visiting. However, the website does contain her books which could be brought to The Sherri Store. It also has her events listed under them, along with the tickets for buying and going to them. The other thing available on her website is several foundations. One could go through the foundations and also makes donations to them.

Sherri Returned to The Wendy Williams Show as Guest Host

Sherri had returned to The Wendy Williams show as its guest host on December 14, 2021, after an emergency operation for appendicitis. Previously, it got stated that she may not be able to return to the show this year for her ailment and suffering. The show has been rotating various guest hosts as their main host was suffering from some diseases. Sherri was one such guest host. The publicist of Sherri released a statement previously about her emergency surgery after its completion. The surgery took place on December 12, 2021.