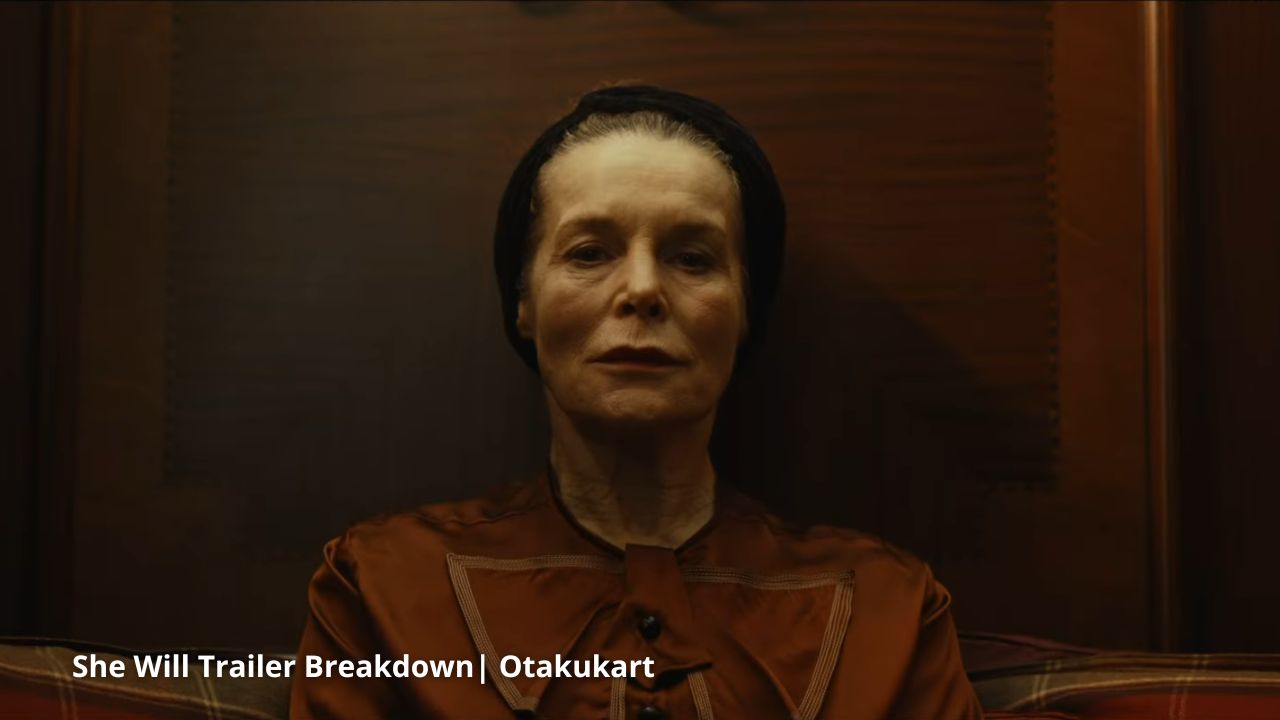 She Will brings a psychological horror story with folk touches as we dive into the gothic trailer for the film. Charlotte Colbert’s directorial debut certainly reminds us of films such as The Witch and The Ritual. Starring an ensemble cast led by Alice Krieg with Jessica Malik and Bob Last as producers, the film has all the vibes horror fans are looking for.

Taking a look at the trailer of the same, here we are breaking down what She Will brings to the table. Starting off by looking at the plot of the film and how the trailer pieces the original synopsis for the viewers. Then a quick look at the cast and when we can expect the film to release in our nearby theatres.

She Will follows the story of Veronica Ghent, a former film star who opts for a healing retreat in Scotland along with her nurse Desi Hatoum after a double mastectomy. As Veronica recovers from her surgery, she also finds herself haunted by the dark past of the entertainment industry.

Especially from Veronica’s early days. The time when she was young and suffered from the pain and trauma brought by an older filmmaker. As she continues to grow from the experience, she also finds out about the history of the place she is staying at.

Apparently, it’s a site where once women were burnt as witches. The story sees Veronica unlocking a power that allows her to enact revenge in her dreams.

She Will Trailer Breakdown

The official trailer of She Will opens with the character of Veronica talking about a strange dream that felt so real. We see her coming to the house in the middle of nowhere as she meets the other characters. Hoping she will get better here. Even her nurse Desi believes the same. Then we see a black drop taking over Veronica’s body as she rests in a bathtub.

With that, we also see Desi learning more about these stories from books. The trailer further continues to dive deeper with its Gothic touch as we see Veronica learning more. We also see what looks like a younger Veronica and some folk traditions.

Executive producer Dario Argento talked about the film stating that it powerfully captures the metaphysical horror of trauma and the supernatural power of nature. He applauded director Charlotte for bringing this world to life. A world of witchery, madness, and dreams in an intoxicating atmosphere. Thus making what looks like a beautiful cinema.

Also Read: The Sandman Trailer Breakdown: Members of Endless Back in Action?

She Will stars Alice Krige in the lead role of Veronica Ghent. This isn’t Krige’s first venture into the horror. She was initially part of horror movies such as Ghost Story, Sleepwalkers, Silent Hill, and Gretel & Hansel.

Joining Krige is an ensemble cast. The names include Malcolm McDowell as Hathbourne, John McCrea as Ansel, Rupert Everett as Tirador, Amy Manson as Lois, Jonathan Aris as Podrick Lochran, Daniel Lapaine as Keith, and Kota Eberhardt as Desi.

Olwen Fouéré also joins the cast as Jean, along with Kenneth Collard as Derek, Catriona McNicoll as Janet, Fiz Marcus as Joy, Stephen Kyem as Connor, and Apple Yang, while Thomas Handling and Barry Smith appear as the villagers.

She Will Release Date

She Will will release on 15 July 2022 in theatres and on different streaming services in different countries. The movie already had a release at the Fantastic Fest. It also won the Golden Leopard for Best First Film at Locarno Film Festival. Apart from that, She Will was also nominated as the official selection at the London Film Festival by BIFA.