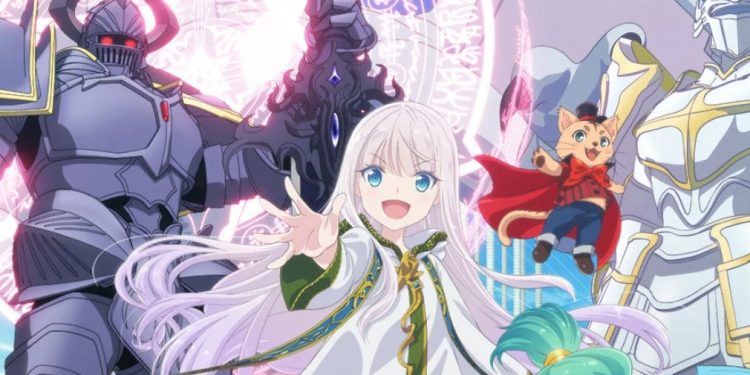 She Professed Herself Pupil of the Wise Man Episode 1

She Professed Herself-Pupil-of the Wise Man Episode 1 reveals the mystery behind the land of the virtual world. It is also known as Kenja no Deshi wo Nanoru Kenja. She Professed Herself-Pupil-of the Wise ManJapanese series written by Hirotsugu Ryusen. Also, as illustrated by Fuzichoco, and began serialization as a web novel published on the novel publishing website Shosetsuka ni Naro. Micro Magazine acquired the series later and released it in print under their GC Novels imprint. The series has published fourteen volumes since November 2020. Dicca Suemitsu worked with the manga adaptation and began serialization online via Micro Magazine’s Comic Ride website.

Micro Magazine’s Comic Ride website has compiled it into seven tankobon volumes since October 2020. Seven Seas Entertainment in North America licensed light novels and manga. An anime tv series adaptation by Studio A-Cat premiering in January 2022. An anime tv series adaptation was revealed in May 2020. Studio A-Cat animated the series, and it was directed by Keitaro Motonaga, with Takamitsu Kono working on the series’ scripts. Kumi Horii designed the characters, and Go Sakabe composed the series’ music. This anime was set for 2021, but it was delayed for 2022 January and will premiere on Tokyo MX and other networks.

Funimation co-produced the tv series. Asaka performed the opening theme song is “Ready Set Go.” Erabareshi performed the ending theme song is “Ambitious.” The anime was licensed by Muse Communication in South and Southeast Asia. The anime will feature characters like Emera voiced by Yuko Natsuyoshi, Frikka by Yae Sakura, Asba or Asubaru voiced by Hiroki Yasumoto Zef, or Zefu voiced by Junichi Saito, Tact or Takuto voiced by Kanomi Izawa, Mariana voiced by Yui Horie, a fairy and Dunbalf’s assistant, Amaratte by Ayane Sakura, and Dunbalf by: Isao Sasaki.

This is the story of Sakimori Kagami, who enjoys playing the online video game Arch Earth Online. He has been playing it for a long time uses Dunbalf as his favorite character. Dunbalf is a male sorcerer and one of the nine great sages. One day, Kagami adjusted his character and was surprised when teleported into the game world. He finds himself within the body of Dunbalf, and he is surprised that the adjustment makes Dunbalf resembles a young lady. Kogami realizes that people in the game world recognize him and convince them that he is Dunbalf’s pupil.

But he has every girl’s character and accepts that he has to live as a girl in the game world. Everyone in the game world knows that Dunbalf is the popular guy across the virtual world. Kagami knows that he was trying to have fun with a version of a female Dunbalf avatar and ended up in the game world. He couldn’t believe it when he woke up in the morning, but he learned to accept reality. Kagame is a guy playing an old geezer, who is now playing a young lady but is still that old ”geezer.”

Kagame is also known as Mira, who is in his twenties and an old Japanese VRMMO player who wants to get Vanity Case from Ark Earth Online game. He enjoys using his favorite character that turned into a true dream. Dunbalf Gandagore is a cute, petite girl with long silver hair and blue eyes and possesses Dunbalf’s sorcerous abilities. Dunbalfn is considered an honored hero and adopts Mira, known as “Kagami,” which means mirror. Solomon became Holy Knight, King of the Arkite Kingdom.

She Professed Herself-Pupil-of the Wise Man Episode 1 on 12 January 2022. Luminaria is a wise being of the Tower of Elementary Magic, a young and beautiful red-haired lady who is always happy. Luminaria is another ”male Ark Earth” roleplayer teleported into the game’s world in female form. Let’s look at She Professed-Herself Pupil-of the Wise Man Episode 1 official details and other recent updates.

Also Read: Will The Man-Eating Mushroom Save His Master In SABIKUI BISCO Episode 1?.

Tags: She Professed Herself Pupil of the Wise Man
ShareTweetShareSharePinSend
Previous Post