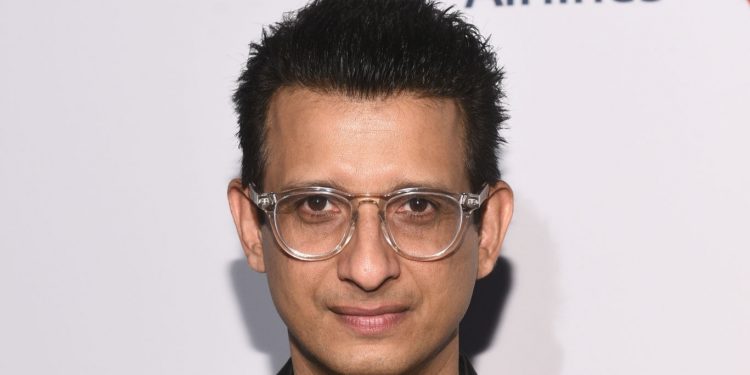 Sharman Joshi is a famous actor well known for living a luxurious life which is why his fans are eager to know about Sharman Joshi’s Net Worth. Sharman Joshi is an Indian film actor, theatre actor, television presenter, and singer known for his work in Hindi, Marathi, English, and Gujarati films. The famous Indian Bollywood model-actor is best known for playing the character of Bantu in the film ‘Style’ (2001). He gained so much fame after making his appearance in the movie 3 Idiots. Sharman Joshi was born in Nagpur, Maharashtra, India, on April 28, 1979. His nickname is Golu. He currently lives in an apartment in Juhu, Mumbai, Maharashtra. To complete his schooling, he attended the Maneckji Cooper Educational Trust School in Juhu, Mumbai. He then attended Narsee Monjee College of Commerce in Mumbai, where he completed his education, and then he pursued a bachelor’s degree in Commerce (B.Com).

Sharman Joshi comes from a middle-class Gujrati family. His father, the late Arvind Joshi, is a Gujrati theatre actor and writer, whereas his mother is a housewife. He also has a sister named Mansi Joshi Roy, who is a former television actress. The actor Rohit Roy turns out to be his brother-in-law. He weighs 78 kg, is 5 feet 10 inches tall, and has black hair. Also, his eye color is black. He did not ink any tattoos on his body. Sharman Joshi started his career with several theatre dramas along with his father. He made his Bollywood debut with Godmother (1999), in which he played a supporting role. He has been married to Prerna Chopra, daughter of experienced Bollywood actor Prem Chopra, since 2000. Together, the couple has a daughter, Khyana, born in October 2005, and twin boys, Vaaryan and Vihaan, born in July 2009.

The well-known Indian actor Sharman Joshi earns an estimated net worth of $15 million. He made this fortune mainly through his acting career in films, series, and shows. He also increased his wealth through endorsement deals. Sharman has done commercials for 7 Up, Kara Skin Wipes, Airtel, Nokia, and Perk and has also hosted the TV show Poker Face. Sharman became famous for his role in the film 3 Idiots, for which Joshi won the popular award for Best Supporting Actor at the 2010 International Indian Film Academy Awards.

He was nominated for other popular awards in 2007 and for the Filmfare Awards in 2007 and 2010. Also, he was nominated for the Screen Weekly Film Award in the year 2004. Sharman was honored and received a lifetime membership in the International Film Television Club from the Asian Academy of Film and Television. He hosted the 2009 Poker Face: Dil Sachcha Chehra Jhootha Show.

Sharman Joshi was born into a Gujarati family, and most of his family members are actors. After completing his studies, Sharman started acting in some of the Gujarati plays. After getting noticed in the film industry, he signed for the first national award-winning film, The Godmother, in 1999. Despite his less significant role, he was still noticed. He catapulted himself into the spotlight after starring in the comedy film “Style”. The film was just a hit, but his performance received high praise from critics and audiences alike. In 2006, he starred in the multi-star movie Rang De Basanti. In this film, he works with superstars Aamir Khan and Madhvan, among others.

Not only the film was a huge success, but it was also very well received. After working on Rohit Shetty’s Golmaal, he finally won his first award nomination. He eventually ended the drought of winning with his 2009 film 3 Idiots by winning the IIFA Award for Best Supporting Actor. Apart from 3 Idiots, he doesn’t have got many vital roles other than Ferrari Ki Sawaari. Sharman also played the role of a cop in his film, Wajah Tum Ho, in 2016. Apart from Silver Screen, he also hosted a game show called Poker Face in 2009: Dil Sachcha Chehra Jhootha. He had also worked in Ekta Kapoor’s web series called Baarish.

Some Interesting Facts About Sharman Joshi:

Sharman Joshi was thrown out from the film Golmaal series after demanding an increase in his fees for the film. The producers disagreed and chose actor Shreyas Talpade to replace him. 3 Idiot director Rajkumar Hirani was accused of sexual assault by a woman on which Sharman later came to support him and tweeted on Twitter. Her sister Mansi Joshi Roy is married to famous television actor Rohit Roy. He made his debut in 1999 with the film The Godmother, which was based on the life of Santok ben Jadeja, who joined a mafia gang and later became a politician.

The film is viral and has won several awards. Style, Golmaal, and 3 Idiots are his most famous films to date. He won the IIFA and Filmfare Award for Best Supporting Actor for the movie 3 Idiots. He has also created several web series, including Baarish, Penthouse, Pawan and Pooja, and others, and has worked with several brands as a brand ambassador, including 7up, Nokia, Perk, HDFC credit card.