The fans and viewers once again are eager for the next episode of this season that is Shark Tank Season 13 Episode 4. The show has been widely popular around the world for its concept and has attracted thousands of entrepreneurs every year. This American reality television series has been very successful since the day it first premiered. However, this franchise has taken inspiration from the concept of the original show titled “Dragon’s Den” from Japan.

The concept of that show inspired the developers in Hollywood to go ahead with the series, and it finally came out on 9th August 2009. Furthermore, it became a huge hit in its first few seasons only as the fans loved the show. Although, what made the biggest highlight of the show was the opportunities it offered to normal people. The concept of the show allowed upcoming businesses and entrepreneurs to come to show with their business expansion ideas.

The word ‘Shark’ reflected the business tycoons or the investors who would listen to the pitch of the entrepreneurs. If the idea was impressive enough to them, some of them or sometimes all of them would put up an investment offer in front of those entrepreneurs. In order to finalize the deal, the entrepreneurs would complete the deal with a handshake to move forward with the partnership. However, there have been several instances when the entrepreneurs walk out empty-handed as they could not impress any of the investors. We are now in the thirteenth season, and the fans are looking forward to the release of Shark Tank Season 13 Episode 4. However, let us first take a recap of the previous episode before we discuss the release date of the upcoming episode. 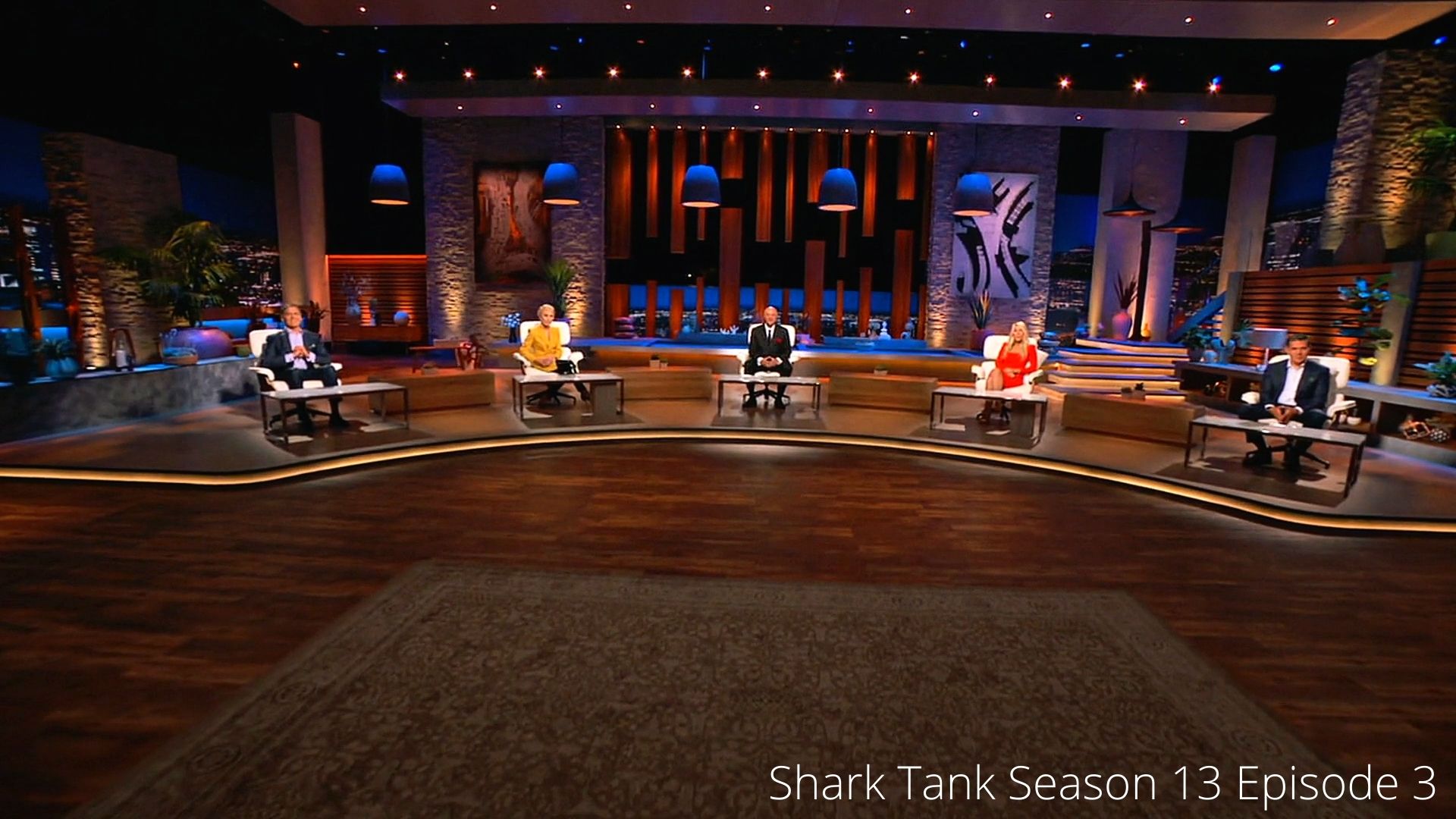 Episode 3 of Shark Tank Season 13 came out on 22nd October 2021. The episode featured Mark Cuban, Barbara Corcoran, Lori Greiner, and Kevin O’Leary as the Sharks. Meanwhile, Daniel Lubetzky returned as the Shark on the episode as well. The first two entrepreneurs who came in with their business idea were also childhood best friends. They were expecting an offer of $100 thousand with a stake of 8% in the company to the investor. Their company named Sparketh teaches creative art to kids all around the world with an online subscription plan.

Eventually, Barbara and Daniel partner up to offer $100 thousand with a 20% stake in the business. The second business idea was that of Granola butter that was made of Oats, Flax, Olive Oil, Maple syrup, and spices. Although none of the investors gave the business any offers. Moving on to the third business, we had the company named Flasky Flowers. This company is owned by a married couple that makes flasks that can store any type of liquid in the lower container. Whereas the flowers are fixed above it without making contact with the liquid inside.

This allows the brides to sip any drink at their weddings. Lori, Mark, and Kevin jointly finalized the deal that included a $75 thousand investment with a 30% stake in the company giving 10% to each of them. Finally, the last business idea of the show was from Dinesh Tadepalli, who is the co-founder of the company IncrEDIBLE Eats. The company makes edible utensils that are meant to replace single-use plastic and can also be eaten. This idea also gives the chance to save the planet by replacing plastic utensils with these edible utensils. He got three major offers from Mark, Kevin, Lori, and Daniel. However, Dinesh went with Lori, who offered him $500 thousand for a 15% stake in the company.

Shark Tank Season 13 Episode 4: When Will It Release & What To Expect?

Each and every episode of this series excites the viewers, and they wait for the next episode eagerly. “Shark Tank Season 13 Episode 4 will be released on 29th October 2021 at 8 pm ET on ABC.” The next episode will feature new ‘Sharks’ except Mark Cuban, Kevin O’Leary, and Lori Greiner. Other than that, we can expect to see another set of great business ideas from new entrepreneurs in the episode. But the main question will be, who among them will get the best offer and who will not get any? Stay tuned to find out this Friday.

Hope you're planning to watch #SharkTank with @robertherjavec on Friday at 8/7c! pic.twitter.com/TZLTU0OA1Z

Where To Watch Shark Tank Season 13?

The hit American reality tv show has gained huge popularity all around the world. That is why this time, the viewers are searching about where to watch Shark Tank Season 13? The answer to that question is short and simple. “Shark Tank Season 13 airs every Friday on ABC at 8 pm ET.” Furthermore, Season 13 is available to stream on Amazon Prime Video and Hulu. Other than that, it is also available on Youtube TV. Therefore, go right ahead and watch it if you haven’t already.

Sam Quek Partner: Who Is The Former Hockey Player's Husband?