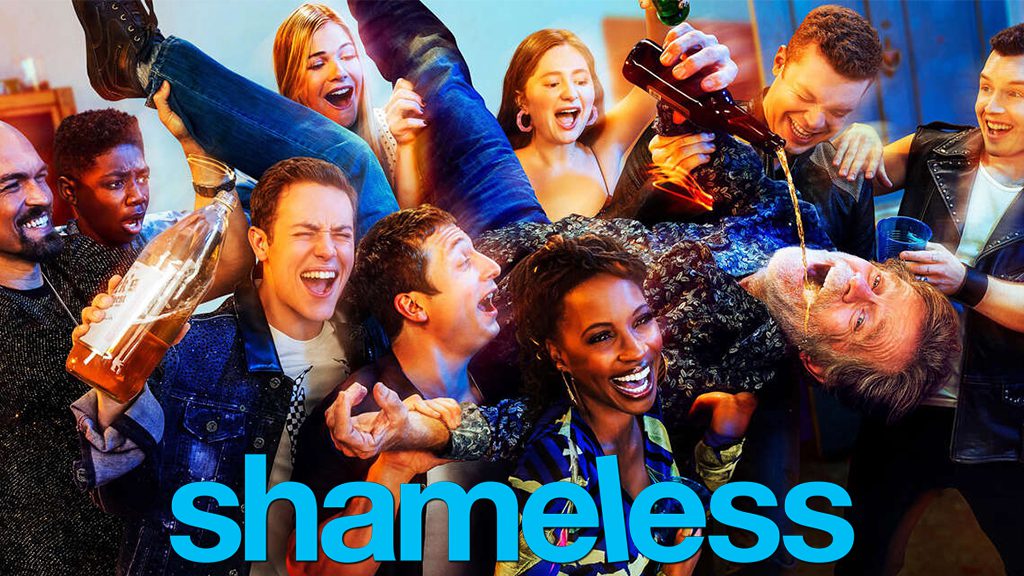 Today we will jump into the world of an American comedy-drama television series to know about the Shameless ending and plot explained. The comedy-drama series directed by John Wells is about a poor and dysfunctional Gallagher family, where the family faces the consequences of their alcoholic and neglectful father, Frank Gallagher. Therefore, Frank’s six children learn to survive in the world on their own.

The show portrays the effects of toxic patriarchy and how it affects the dynamics of a family. It further teaches about the struggles one faces while living on the poverty line. The American comedy-drama is an adaptation of a show with the same name by Paul Abbott. The television show began in the year 2011 on Showtime. But Shameless finally ended in April 2021 after running eleven seasons long, making it the longest-running show in Showtime’s history. Therefore, we will discuss the last episode and understand the Shameless ending.

What happened in the Shameless last episode?

The last episode is known as “Father Frank, Full of Grace”. It continues after Frank taking a drug overdose to commit suicide in the previous episode. Therefore, Frank was lying on the sofa and his kids surrounding him. None of the Gallagher kids care about him except Liam. However, Frank doesn’t die of the over and we see him go out on the streets in a haze because of his dementia. No one even goes out to look for him except Liam. We see him going to a church and finally ending up in a hospital. Where we get to know he didn’t escape the grim reaper as suffering from the coronavirus and is near to his evident death. 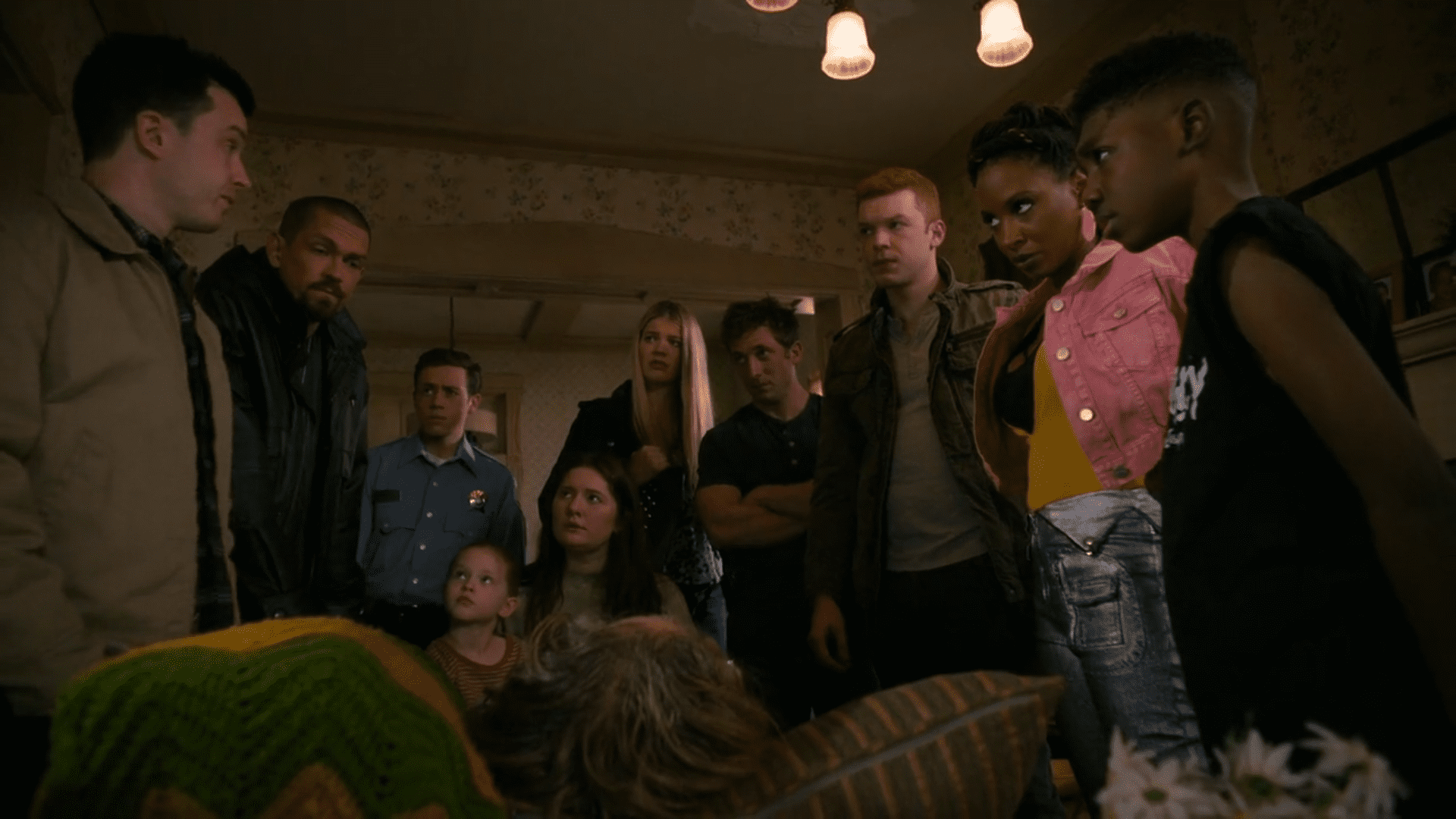 Everyone surrounding Frank, who took a drug overdose.

At the hospital bed, Frank encounters many flashbacks of his family and he even hallucinates the doctor as Fiona, his eldest child. We even see him seeking Fiona at Patsy’s Pie before ending up in hospital. Meanwhile, Ian and Mickey were looking for furniture for their new house. Lip agrees to sell the house for $75000 US Dollars. Further, he’s still working as a food delivery guy but still dreams about having a dream job and a good life. Carl was enjoying his work as a parking enforcement officer and he could finally do justice and be a good cop. Whereas, he also looks into Heidi’s criminal record because of her dating Carl’s sister, Debbie.

In the end, we see everyone gather at their friends, Kev and V’s bar, Alibi. There we see Mickey and everyone surprising Ian, as it was Mickey and Ian’s first wedding anniversary. We also see Frank finally taking his last breath and his spirit visiting Alibi in the hospital gown. Meanwhile, we also see Lip and Ian having a bro-talk when Lip shares the news of selling the house. And Ian says Lip is the closest figure to a father they ever had, and he loves him therefore, he will go with his edition. We further get to know that Lip and Tami are expecting their second child. However, it is already hard for them to raise their first kid, so they might not have a second child.

Carl comes with a fellow cop to have some drinks. But the cop likes the bar and suggests Carl buy the bar and should run the place. He also mentions investing in the bar to keep it running and might turn it into a “cop-bar”. We finally see a rich man shouting angrily outside while his expensive Tesla is on fire. Whereas all the Gallagher siblings and Alibi owner enjoy the burning car and sing along. In the last moments of the show, we see Frank’s spirit go to heaven while floating in Chicago’s sky. 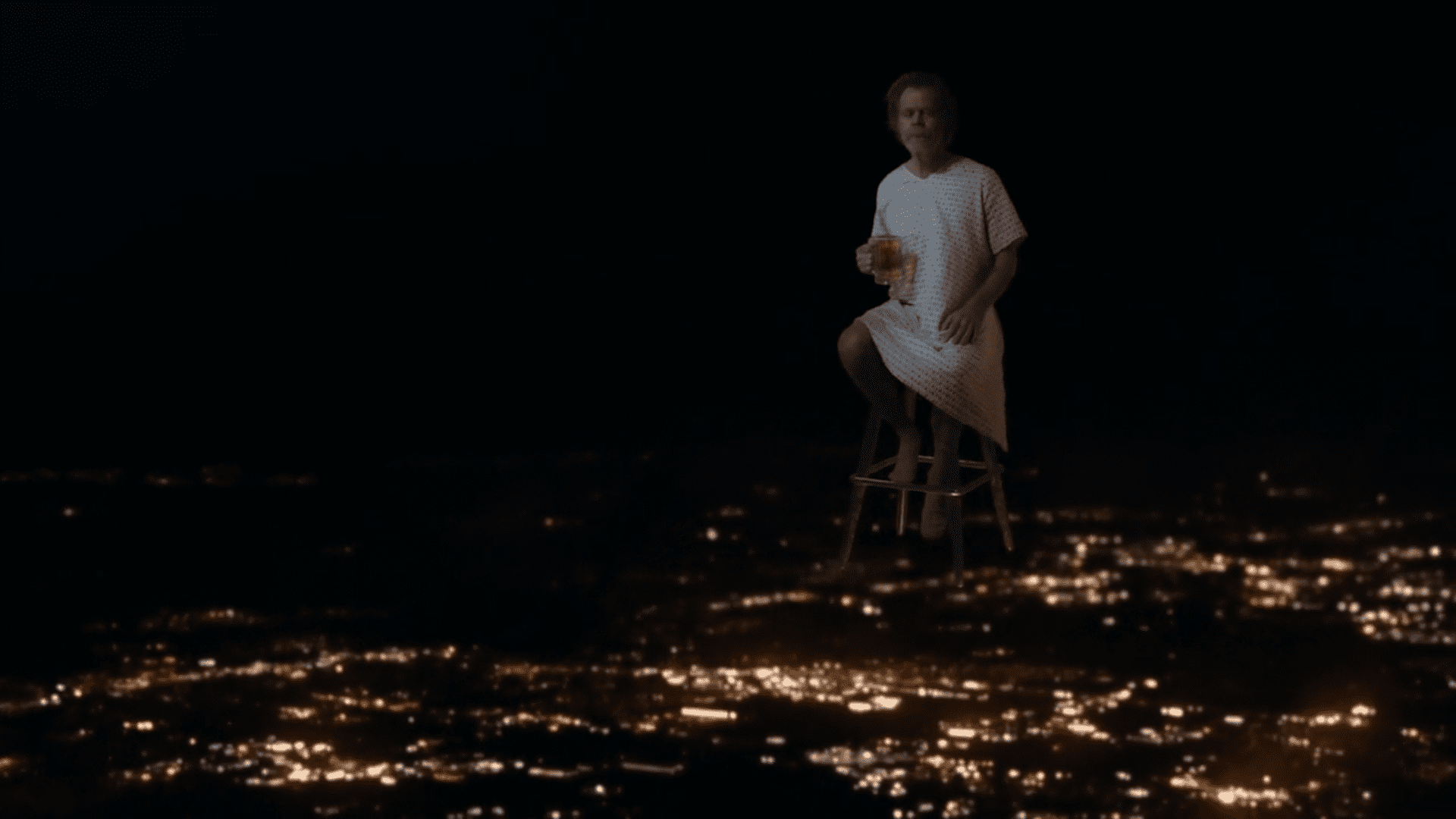 Frank Gallagher’s spirit floating on a barstool in the Chicago sky.

While Frank floating in Chicago’s sky, we get to know what’s written in the letter. He says that Lip is a smart kid, however, he himself is a hurdle that stops him from reaching success, but he will figure it out one day. Whereas, he’s surprised from where Ian got his work ethic and industrious nature. Frank also says Ian got his mental illness from his mother and therefore, he married a Milkovich. Frank also mentions his sadness about Carl joining the police. Then he talks about his daughter, Debbie, who reminds him of his wife but in bad ways. Therefore, Franks wishes good luck to Debbie as she will need it. Finally, Frank talks about his youngest child, Liam, who was his favorite. However, there was only one letdown that he didn’t talk about Fiona at all in his suicide note.

What’s next after the Shameless ending?

The show finally ends up with a beautiful and quite satisfying ending. As we see, Frank dying doesn’t affect his family at all because he was kinda a dead for them a long time back. He was like a burden to the family and which is true, as he did nothing for his family. Therefore, his death in the last episode is a perfect wrap for the show. Which also symbolizes that the Gallagher family is finally free from the cage of their toxic patriarch father.

However, the show left many loose ends, like Lip planning to sell the house, which is still in the name of his older sister Fiona. Therefore, it can cause problems for Liam, who is still a minor and lost both his parents. Now losing the house and being houseless would be the worst dream for young Liam. Them not consulting with Fiona can also cause problems and could act as the door for Fiona to make her comeback. We also see Ian wanting to adopt a baby. There is a possibility that he might adopt Lip and Tami’s second kid. 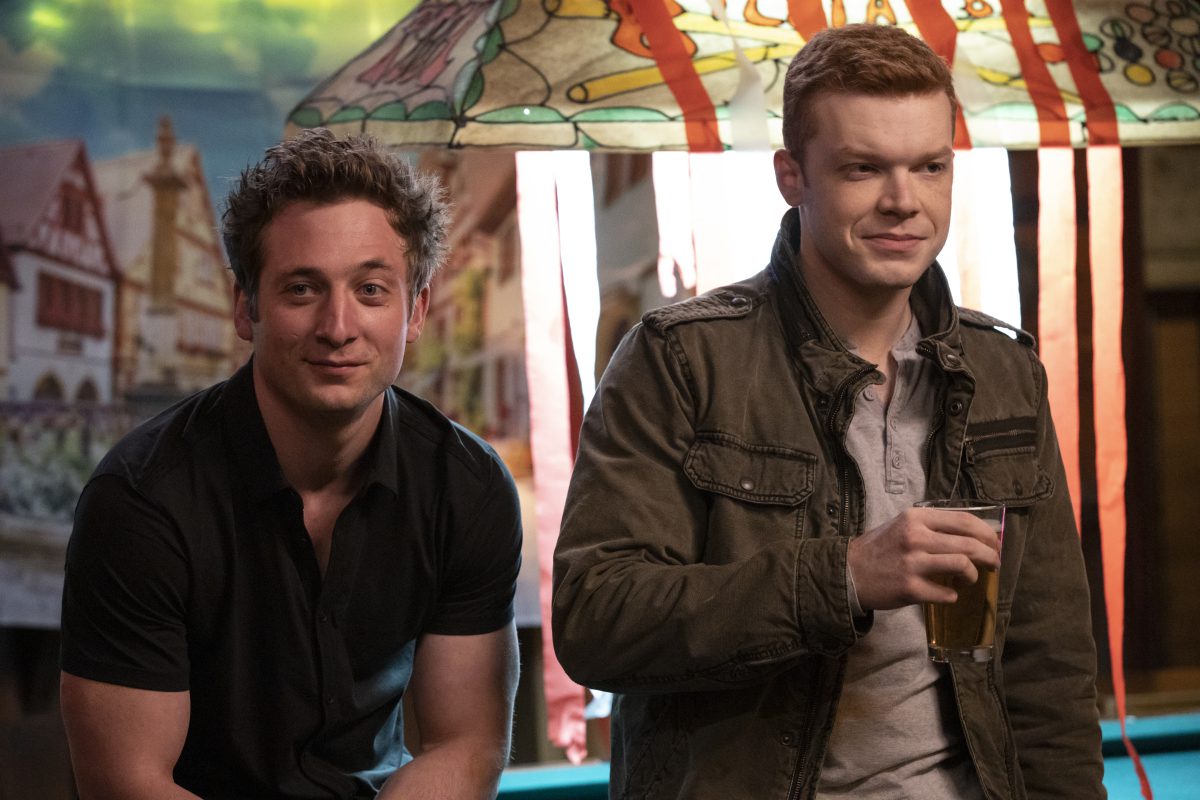 Lip shares his plan to sell the house with Ian.

We can expect Carl to quit his job as a cop and instead, buy the Alibi and turn it into a cop bar. Then in the last episode, Heidi shares moving to Texas and asks Debbie and Franny to tag along. We already know that Debbie always ends up with the most devastating decisions. Therefore, she will end up in some sort of mess in Texas. And finally, we will see the struggles of Liam, who might develop the fear of being homeless. But we saw Lip asking him to stay with him. However, it can be another chaos as Lip is already having a hard time raising one kid, so how will he take in Liam?

The comedy-drama series has ended but there are still possibilities to make a comeback on screen. This time, the plot will be around the Gallagher kids and their lives after Frank’s death. There is still a lot of content for the show to make a comeback if they want to do so. It is a really wonderful show and if you haven’t watched it yet, then you should visit Showtime to watch this television series.