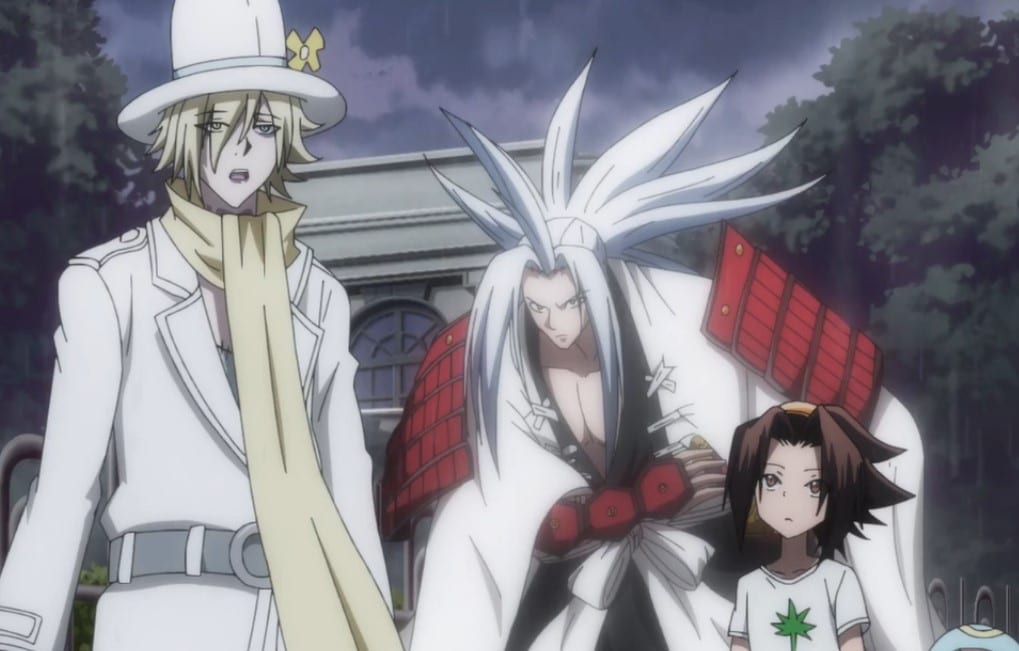 Silva had a meeting with Anna and told her about the incident that resulted in their partner’s death. He said the Shaman is coming, and Anna comments that all he has to do is win. Silva reveals that the guy is Necromancer. Anna wonders what Necromancers are, and Silva shows that Necromancers are the sorcerers who use the souls of the dead for their souls. Meanwhile, Oyamada asks if the match is taking place at Inoguchihama Foreigner Cemetery.

Yoh agrees and wonders what’s with the weird stones. He asks if they use those kinds of rocks. Oyamada reminds Yoh that graves in America and Europe are all like this because of their religion. He reveals that the place was built about 150 years ago when an American fleet arrived. Oyamada also said that there are 4500 people from over 40 countries buried here. Yoh wonders what they are buried, and Oyamada comments that they are buried without being cremated.

Inside the building, Silva told Anna that a Necromancer would give them trouble during the battle. Anna asks Silva why everyone is against Yoh.  Silva says that the Great Spirit chooses the time and place that allows the Shaman to display their maximum potential. He advises them not to fight the Shaman that is coming. He also said that Shaman could use his skills to terrorize all of Germany.

Silva noted that Shaman inherited the blood and madness of the legendary Necromancer. Yoh and Oyamada got confronted by a guy who told Yoh that he is his opponent. The guy told them he is Faust VII. Yoh got up and told Faust that it is nice to meet him. Faust comments that he wonders what Yoh and Oyamada would have done if he was a scary person. Yoh thinks that Faust is a strange guy. Ghost Amidamaru comments Faust smells like death.

He touches his Katana and gets ready to fight. Faust notices Yoh’s ghost and comments that he used to be a doctor, and they must not worry about his smell. He said that he comes from a family of doctors, and for generations, his forefathers cured hundreds of diseases. But despite his effort, they failed to save some patients. Most of the patients died from old age and accidents that are not preventable and lose their lives. Faust also said that he fought over a cruel death and survived.

Necromancy: The Art of Raising the Dead 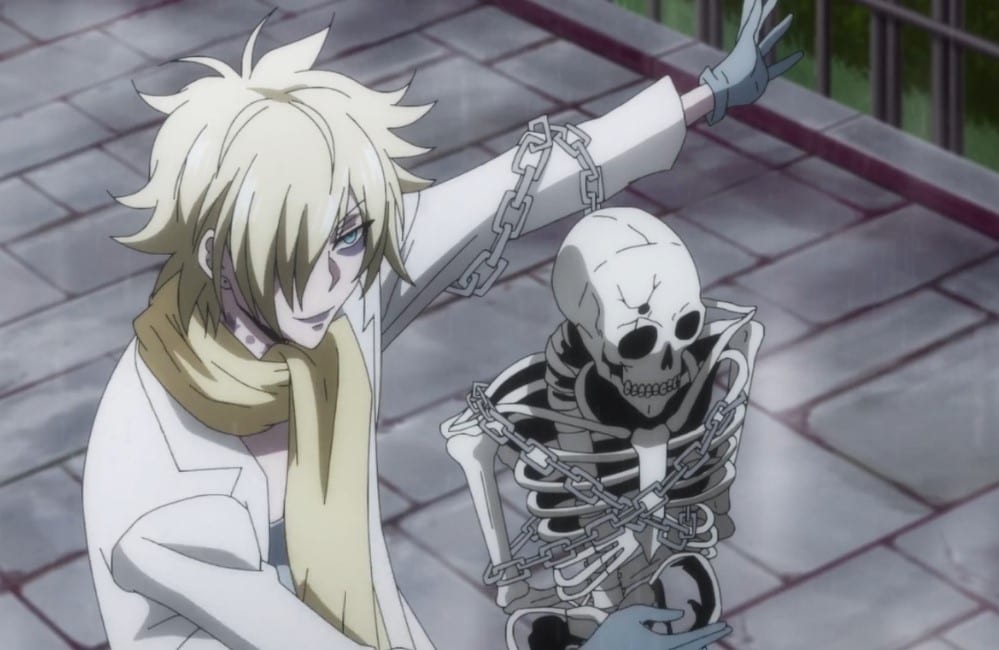 He wonders why people continue to live since they know that they will die. But there is one man who came with the answers and avoids death. Oyamada wonders who is this guy and took his book to check what kind of guy Faust is. He finds that Faust VIII is a brilliant scientist who mastered alchemy and witchcraft. Faust VII is the descendants of Faust VIII.  Faust reveals that he is the descendent, and he learned everything 500 years ago.

He admits that Faust VIII participated in the Shaman Fight, but arrogance blinded him.  Faust VII got torn to pieces by the devil he conjured as his ally. A dog demon skeleton brings Faust VII’s weapon. Faust VII comments that to find the truth about life, he is counting Faust VII’s work and has inherited his personal skills. He throws away his coat and reveals that he possesses Necromancy, The art of raising the dead. He shows them a skeleton and said he would use it for his over souls.

The skeleton came to life, and Oyamada runs away since he can’t stand the walking dead. Faust VII thinks that Oyamada’s skeleton will be of good use since he is short and will have to examine Oyamada later. Yoh wonders what Faust VII is trying to do. Faust communicates with the wandering souls around the earth. He asks them to capture Oyamada. The skeleton chases Oyamada, but Yoh decided to protect him. Amidamaru helps Yoh to battle with Faust, who wants Oyamada to turn into one of his over souls.