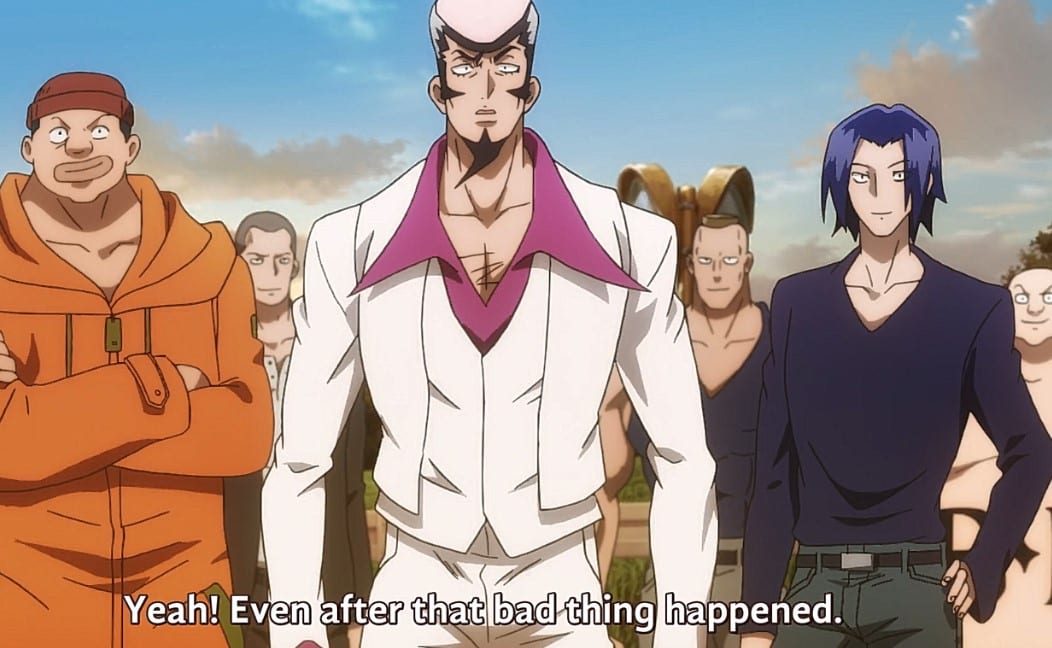 Anna visits Oyamada and Yoh at the hospital and reveals that Yoh’s grandfather raised her. She told them that she is here to train Yoh to become the next Shaman King. Oyamada thought that she was just a random lady, and he got slapped for not respecting the lady. She told him that she is the future wife of Yoh, the next Shaman King. Anna told Oyamada that starting from today; he will have to obey her.

When they arrive home, Yoh told Oyamada the truth about the bloodline of the Shaman King. Oyamada realizes that Yoh has to marry Anna to save the bloodline of the Shamans. In the even Yoh battle with the green-suited guy who wants to end Tao’s bloodline. With the help of the new ghost, Yoh manages to defeat the guy. In the morning, Ryu of the wooden sword saw a nice building. He decides to make that house his new hideout. He told his crew that they have to find the best place, and it is their territory.

Ryu and his men entered the building and threw a party celebrating that they have found a new territory. Suddenly they hear someone kicking a door and finding a young boy wearing a school uniform. The young boy is Ren, who told them to leave since it is his house. Ryu looks down and asks Ren if he knows who he is. Ren unleashes his spear and cut Ryu’s hair. With a single slash, Ryo’s hair got cut, and he becomes bald. His allies realize that this is a deja vu. Ryu realizes that Ren is powerful, just like the boy who cut his hair like this the other day.

He also notices that Ren is carrying a spear, just like the boy who defeated him with the ghost Amidamaru. His crew remembers that day well where Yoh defeated Ryu at the graveyard. They realize that if Ryu doesn’t retreat, he will suffer the same fate. Ryu rubs his head and realizes that his hair got cut. Ren told him that next time it wouldn’t be his hair; it will be his head. After few weeks Ryu and his crew decided to find another hideout. They saw another place that Ryu calls the best place. 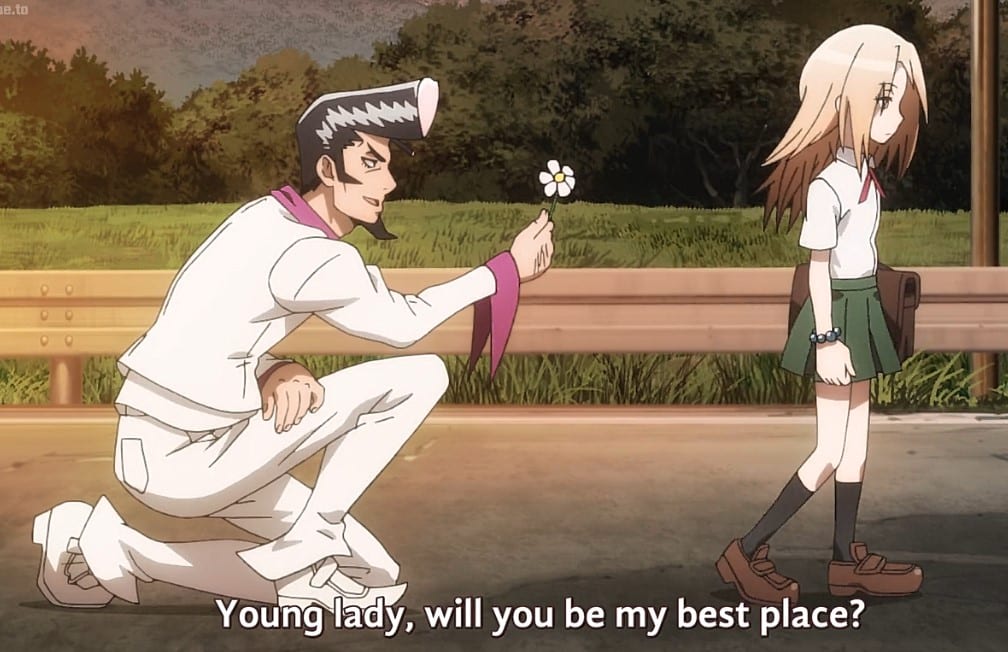 Ryu touches his hair and realizes that they have grown back. He swallows his saliva, realizing that the best place has got him into trouble two times. A chubby guy comments that this is the greatest place ever. It will end searching for the best place, and Ryo realizes that this fatty is a fool. Ryu wonders if a Shaman like Ren or Yoh owns this place. He is afraid that he might end up being smashed instead of his hair gets cut if he tries to take this place.

He jumps in front of the lady and falls on his knees, offering her a white lily. He asks her if she can be his best place. She told him that he has weird hair, and Ryu collapse. Ryu wakes up and comments that a real man follows where his heart is when she has left. He told the gang that they have to follow that lady everywhere. They arrive at her home, and Ryu saw Yoh; he asks what Yoh is doing here. Anna replies that Yoh is her fiance. Ryu decided to leave and realizes that Yoh has taken over his best place.

Shaman King (2021) Episode 5 date will release on Thursday, 29 April 2021 at 5:55 PM JST. You can officially watch Shaman King 2021 on  Netflix. The new episode will be available next week on Thursday. Let’s see what the preview has for us down here.