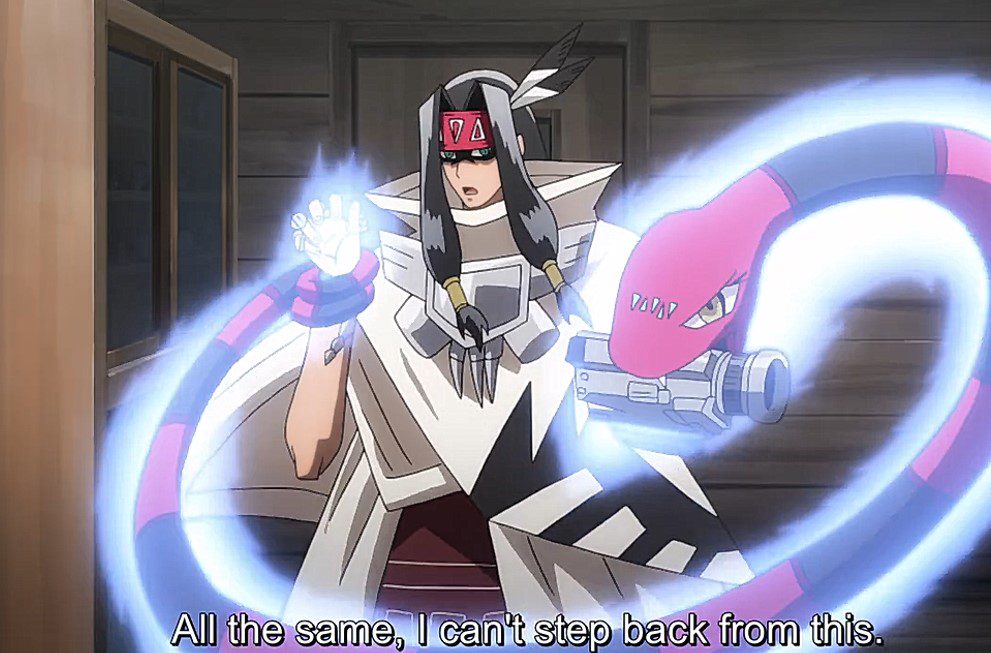 Shaman King (2021) Episode 26 reveals Venstar, the captain of X-III vs. Great Onmyoji Asakura Hao. Venster has revived after getting pierced and decides to self-destruct with Hao. Venster thinks that this will be over after exploding with Hao. Shaman King (2021) reveals the Shaman Fight that had begun, and Hao dominates his opponents. From the latest Shaman King (2021) Episode, Asakura Yoh gets furious that The Great Onmyoji Hao is still alive. The episode title is ”The Great Onmyoji, Hao Asakura.” The fans can’t believe that Hao survived the Spirit of Fire explosion. They realize that Hao turned the Spirit of Fire into a Spirit of Water.

The guy reading a newspaper reveals that it is Suikokuka: Water extinguishes Fire. He adds that it means Water conquers Fire. The geezer adds that Hao changed Fire to Water and protected himself. The geezer all talked about different techniques that create Water and the laws of nature that are getting exposed. Hao’s symbol is a pentagram that symbolizes the relationship between Wood, Fire, Earth, Metal, and Water, the five elements that make up this planet. The geezer explained every relationship that Hao shared with each element.

Those with knowledge of five elements can decipher all o nature’s secrets and manipulate and change the elements, which is the power of the Great Onmyoji Hao Asakura. The crew is surprised to hear ASAKURA and realizes that Yoh holds Asakura as his surname. Horohoro gets furious that Yoh knows and he didn’t tell them. He picks up Yoh with a collar, and Yoh reveals that he learned about that training. Asakura Yoh adds that he didn’t want to tell them since he didn’t want them to be drag into Asakuras’ duel.

Asakura Yoh wanted to say that Asakura Hao is his brother, but Anna interferes and says Hao is his ancestor. Anna narrates the legendary tale that happened 1000 years ago. Ren said they had heard enough since Yoh told them all the pieces. If Hao is an Onmyoji from 1000 years ago, then the person Lilirara showed them from 500 years ago must have been Hao, and for him, it’s been a 1000-year journey of the soul and reincarnation back in this world. Hao is reincarnating to attain the strongest Spirit allies and become the Shaman King. 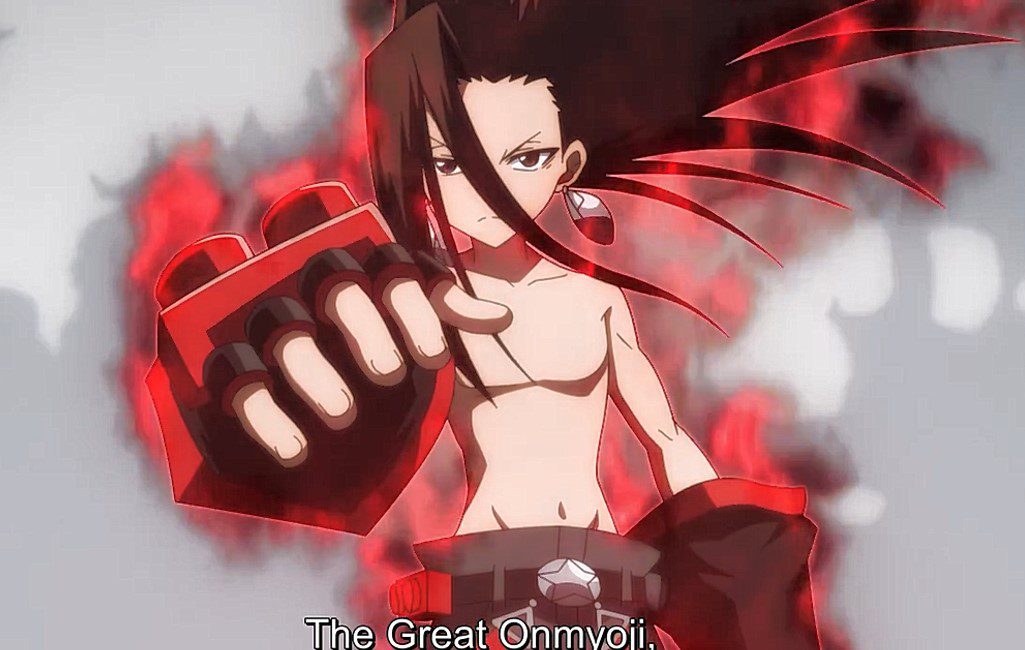 Five hundred years ago, Hao reincarnated as a member of the Patch Trite to get the Spirit of Fire. The Spirit Fire combined with his Onmyojustu and provided him with the Ultimate Over-Soul. Iron Maiden shed blood tears that Hao is making other Shamans suffer. Marco realizes that they are facing the worst-case scenario. The bald guy comments that no attack will work on Hao’s Over-Soul. Marco told Pofe not to give up like that since they had learned about Hao’s secrets. Marco realizes that X-III died, and they can allow their death to be in vain since it will be an injustice.

Hao is angry that they forced him to unleash his great weapon, but he revives the X-III to become his soldiers. Marco is surprised to see Meane, Kevin, and Vendtar’s souls. Hao reveals that he will never let the excellent soul go to waste. He feeds the X-III to the Spirit of Fire. After Hao’s match, they postponed the next matches while preparing the stage. The guardians are surprised to learn that Hao took the Fire Soul, one of their Patch Tribe’s Five Grand Elemental Spirit. 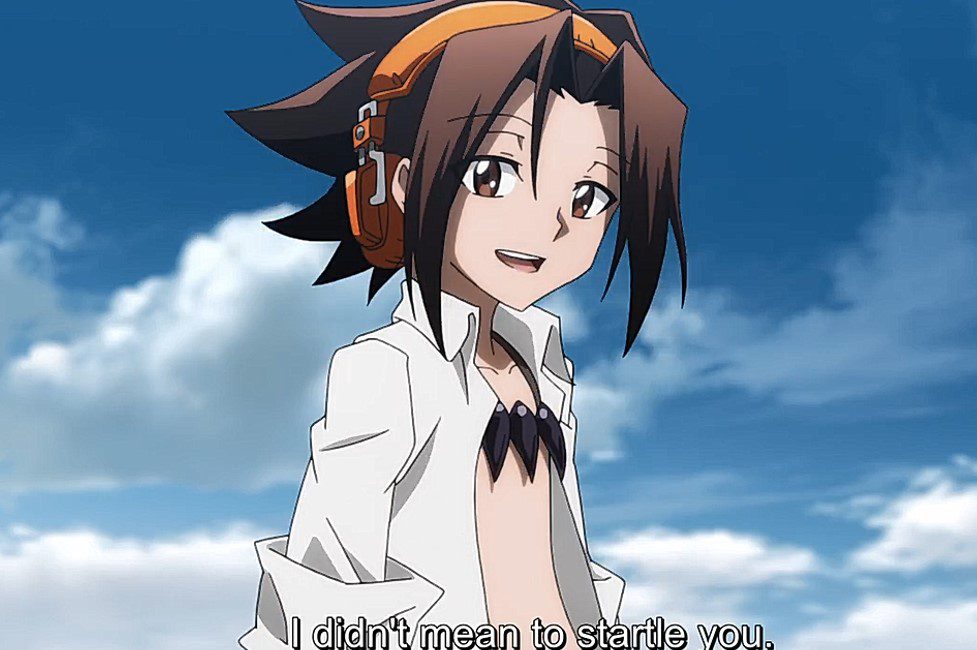 Shaman-King-(2021) Episode 26 will be released on 7 October 2021. Silva finds something that can take Hao down and decide that he will stop Hao. Asakura Yoh and others went to the beach. The next battle will begin in the next episode of this anime as the Shaman Fight continues. Let’s look at Shaman King (2021) Episode 26 preview and official streaming detail below.

Shaman King (2021) latest episodes are available for streaming online; you can stream the episode of this anime on Netflix with English Subtitles. The anime is offering both Sub and Dub on Netflix worldwide. You can create an account to access the Dub, and if not, you can stream this on Bilibili, but it is not offering Dub. The Dub episodes have released a few episodes, and it is about to reach the twenty-fourth episode. Let’s meet when Shaman King (2021) Episode 26 release this coming week.