Shaman King (2021) Episode 20 will release son; let’s find more about the anime and other latest updates of the episode. The road to the Shaman Fight is now clear since Anna has met Asakura Hao and slipped him for trying to mess with her. Manta encounters Faust VIII singing while sitting in a wheelchair, and he realizes that it is that guy from the past who almost took his soul. Faust is singing about Eliza, his ”Faust Love”, and notices Manta, who trips. Meanwhile, Anna met with Asakura Yoh and began traveling with the crew. The episode title: Black Jaguar.”

Chocolove teaches Horohoro how he pronounced his name, and Hororo told him to shut up since he is making them say it like a baby. Asakura Yoh is surprised that Anna made it this far safe. Anna said to him that Manta and Tamao both had a hard time with the Great Spirit. Asakura Yoh shouts Manata’s name, and Anna wonders why he is doing that, and they both realize that Manta has arrived. Anna is surprised to see Manta with Faust VIII. Chocolove jumps after seeing a skeleton dog, and Anna wonders if Manta is in trouble.

Faust VIII reveals that he met Manta by chance, and he feints that is why he decided to take care of him. Anna comments that it must not be all about revenge, and Faust VIII comments that he wanted to talk with them; he is happy to see them. Faust VII adds that if he could bring his beloved Eliza by taking revenge, that would be better, and he would have done that much time. But he wishes to talk with Eliza and take her hands and dance with her one more last time because he became Shaman and joined this event for that reason alone.

Faust opens his heart and asks Yoh to join his team, and Ryu rejects his offer. Faust decided to leave, and Manta feels pity for him. Asakura Yoh wonders what he should do since they have already had the third member. Ryu wonders if he was too hard on Faust. The team heads to the restaurant, and Yoh teases Manta that he sits on Faust’s lap. Ryu comments that he doesn’t care but feels sorry for Faust, and Lyserg is better looking. Manta replies that Faust is not evil, but his love for Eliza and obsession with medicine turned him into what he is. 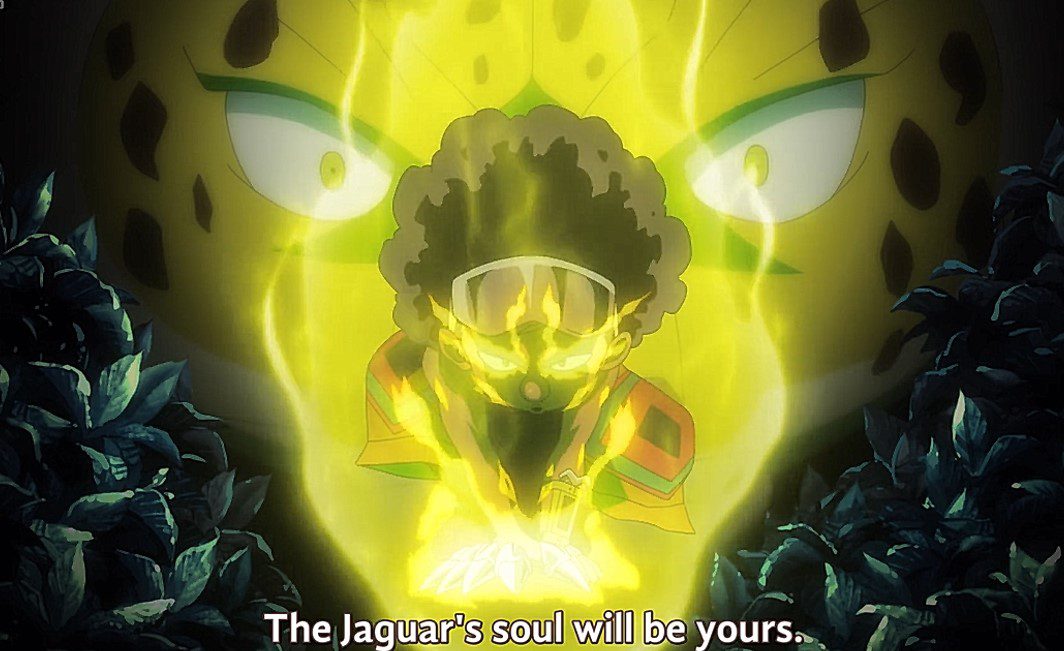 Anna suggests that it is good to have a doctor in their team, and Faust joins them. Ryu wanted to complain, and Anna explains why she is choosing Faust. Faust’s Shamanic skills are self-taught, and Anna can help him improve. If Anna resurrects Eliza with true Necromancy, Faust’s dream will be realized, and they will gain his eternal loyalty. Ryu decided to find Lyserg. Lyserg is with another Shaman, asking him if he can defeat Hao since he is responsible for the death of his parents.

The Shaman replies that they have potent forces that surpass Hao. The next day the crew arrive on the uninhabited island of Tokyo to begin the tournament. The first match begins with Team Ren vs. Hao’s Minions. Chocolove unleashed the ”O Descendent of the Black Jaguar.” Chocolove defeated two of them using Shaft Claws, and Anna explains about his Over-Soul. Peyote decided to face the trio. Team Hao wonders if Peyoto can beat Ren, Horohoro, and Chocolove; the battle continues.

You can watch Shaman King: (2021) Episode 20 online on Netflix and bilibili. Shaman King (2021) will be updated online daily new on its official website. This anime will air every week on Nextflix and other official streaming platforms.