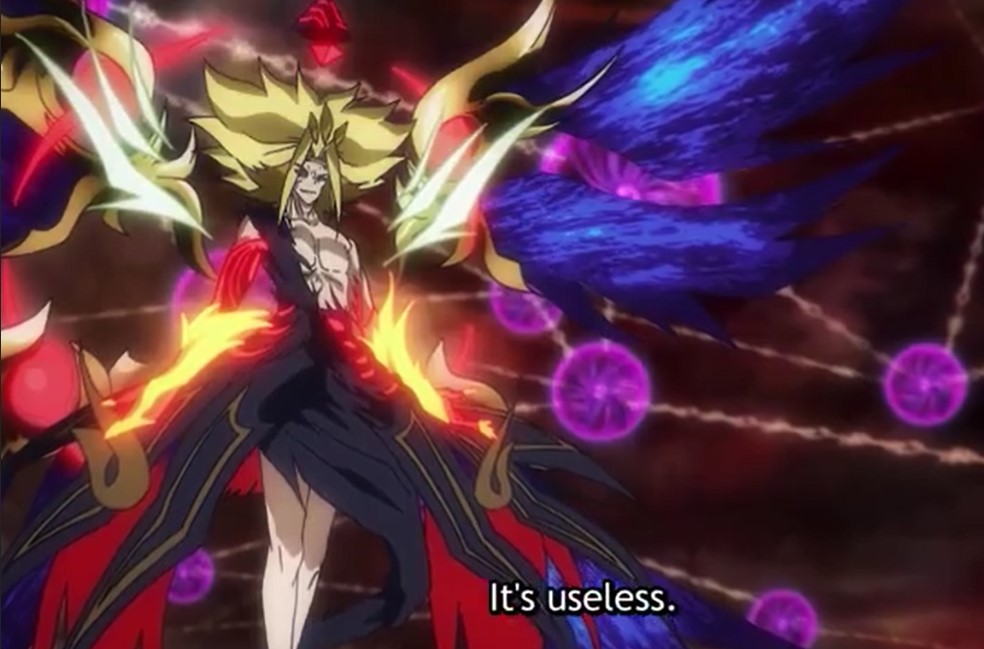 Luca, Alice, Kai, Shidou, Mimori, and Mauro guard the entrance to the sky castle. They are preventing the Empty Shadows from getting on Hiro’s way. Hiro has just recently defeated his father and heads to battle with Leo, who has become Nexus. Kai can’t believe that the Empty Shadows keep on regenerating and increasing. Mauro destroys the eagle monster that was about to slay Luca.

An army of the flying dragon also arrives at the battlefield. Luca entered a dimensional world and met with Urais Foremonde. Urais told Luca that his will is a fang that can pierce anything. He also told Luca that he is his fang now. This means there is no way Luca can lose now, and he grants him new powers. Luca head back to the battle, and everyone has acquired new powers.

Luca attacks the enemy with Doomlord of the Abyss and slays all the flying dragons coming his way. Mauro also unleashes an Imperials Saint and punishes the enemies by blasting them into ashes. Shindou fires back to the enemy with Legendary Sword Commanders. Mimori unleashes a shining Valkyrie and fires a blast that blew the Empty Shadows into dust.

Alice finishes the leftovers on the ground using Dead Soul Taker. Kai summons Sevens Force Sorcerer. The Sorcerer unleashes seven different magic powers and blasts the flying dragons. The Chosen Ones attacked at the same time and created a huge explosion that destroys all enemies at once. When they are celebrating, they heard the sound of an explosion. Luca realizes that Hiro might be in danger. 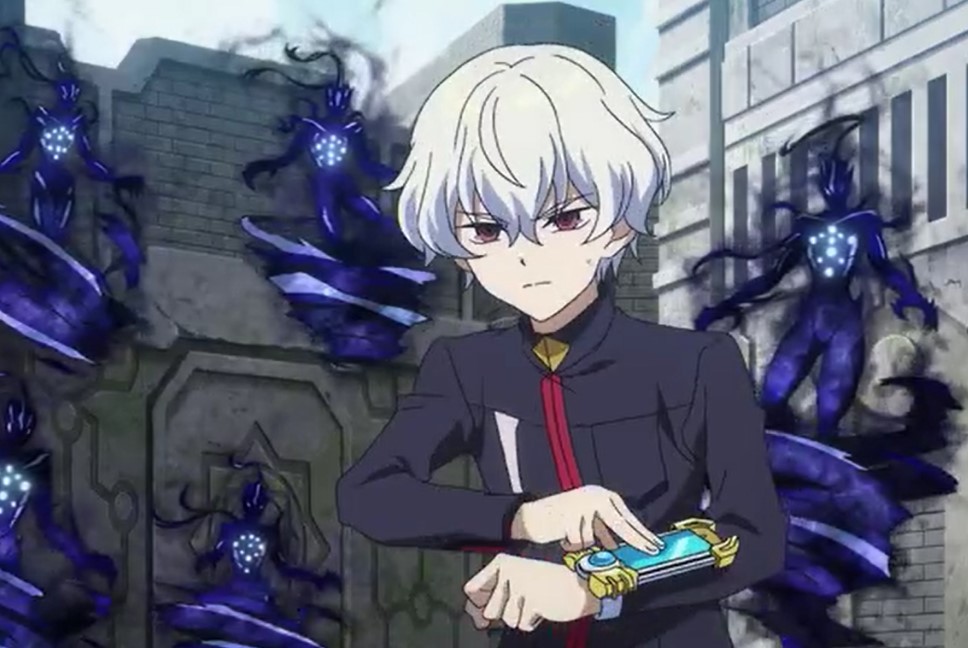 Mauro comments that the battle doesn’t seem to end. Luca replies that Hiro won’t lose no matter what. At the sky, Leo told Hiro not to worry since he will be joining his mother, Asagi, soon. He told Hiro that he would lock him and his friends in the empty world after defeating him. Hiro comments that he will never let that happen, and he will save everyone.

Savior of the World

He played Shadow Artifact and evolved it and destroys all enemy followers. Ivory Dragon and Dragon Blitz vanish after a huge blast. Leo asks Hiro if he will avenge his father or save his mother. Or if he will disappear without accomplishing anything. Hiro replies that he will defeat Loe and save everyone. He draws four cards on his deck and summons Fafnir. Fafnir effects activate, and it does two damage to all the followers. Leo said Hiro’s power is impressive and ask if he uses that power to defeat Eiji. 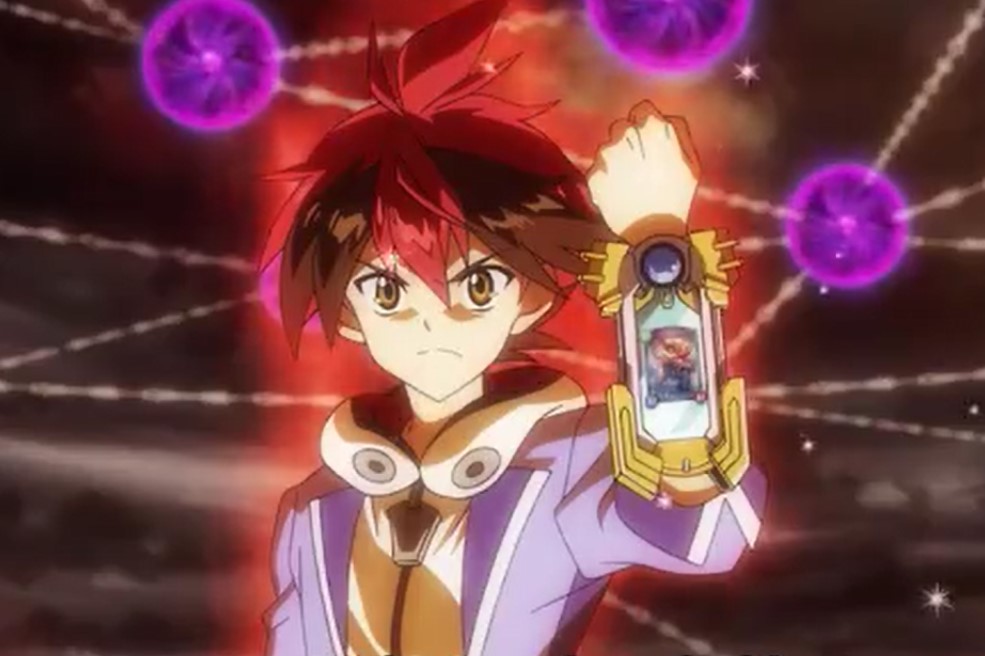 Leo asks Hiro how it feels to set his own father on fire. He reveals that he was watching when Hiro was battling his father. The battle between a father and son was wonderful and dramatic, but he enjoys the plot in a drama. Leo told Hiro that he would follow the plot that he layout. He summons Aegis Artifact and asks Hiro if he is ready to face the worst. Leo also told Hiro to say hi to Eji for him.

Hiro tried to attack, but his attacks didn’t work. Loe told Hiro to let his hate and rage attack him. Hiro realizes that he is using anger to battle Leo, and that is why he can’t win. He realizes that this is not how he plays Shadowverse since he is not in peace deep inside. Leo asks Hisro what he is talking about, and Hiro said it is not about rage or hate. But he, like Shadowverse and Leo, said Eji became strong because of hate and rage. He told Hiro also to do the same and become stronger.

Hiro comments that he is not Eji; he is Hiro, the Shadowverse player. He unleashes an Infiniflame Dragon. The dragon activates its effects and deals 5 damages to the enemy leader. The Infiniflame Dragon also evolve to last long during that battle. The two exchange different attacks and blows. Leo told Hiro that he had surprised him, but nothing has changed. He unleashed four worlds eliminate that drops Hiro to 3 points. The Chosen Ones arrive at the scene and combine their attacks with Hiro.

Shadowverse Episode 48 date will release on Tuesday, 23 March 2021, at 5:55 JST. You will be able to watch Shadowverse online on Crunchyroll or Anime-Planet. Let’s take a look at Shadowverse upcoming episode preview below.

Read the latest updates of the battle on Shadowverse Episode 47.