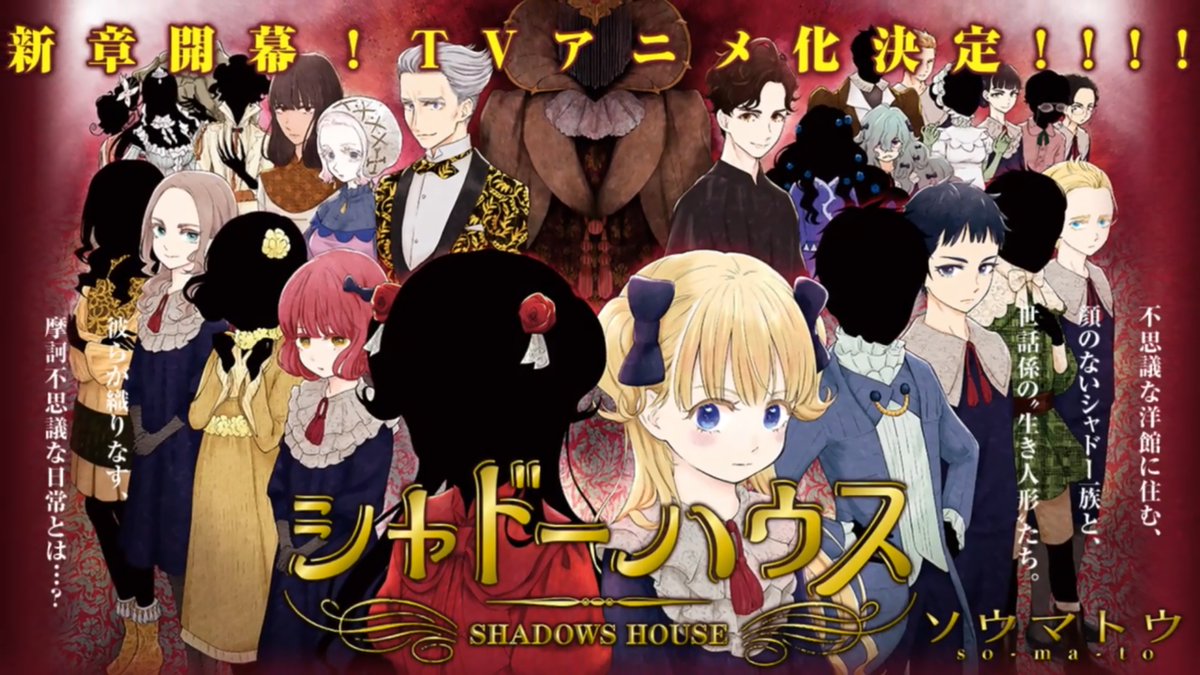 ‘Shadows House’ is a dark and gothic supernatural fantasy manga comic series created and written by Somatou. On the 6th of September, 2018, the manga comic was released in the ‘Weekly Young Jump’ created by Shueisha. Being directed by Kazuki Ohasi and produced by CloverWorks, this manga comic series was announced to be adapted into an Anime television and web series in October 2020. ‘Shadow House’ has been set to be launched in April 2021.

This Anime series will be broadcasted on channels such as Tokyo MX, BS11, GTV, GYT, MBS, BS Asahi, Wowow, FTV, Bilibili, and many more with being showcased on various online platforms. No opening theme song has been added to this Anime television and web series as of yet. The ending theme song of ‘Shadows House,’ called ‘Nai Nai,’ is being performed by ReoNa.

What is the main plot of ‘Shadows House’ Season 1?

The main plot of ‘Shadows House’ circulates a living doll called Emilyko. She lives in a tremendously large and eerie mansion and serves a member of the Shadow Family named Kate. Kate is the proprietor of this dark and baffling household. Emilyko is doubtful about the strange and bizarre ways in which the members of the Shadow Family act. Nonetheless, she dearly takes care of her mistress, Kate. The Shadows are not humans but are otherworldly; supernatural creatures made up of some questionable and sketchy black-colored substance. Whatever they touch becomes dirty and gets covered with black soot or ash.

The Shadow Family creates such living dolls for their own purpose. They make the dolls their maids and make them perform ordinary functions. The dolls are made to cook and clean the house – even the ashy soot needs to be eliminated and tidied up. Even the children of the Shadow Family own dolls that are their servants. The dolls go about as their friends. If a doll cannot work as expected, it is completely obliterated and demolished. Then, the child remains friendless and is obligated to stay detached from the rest of the family members. The child is not even permitted to grow up into an adult. These dolls also act as the faces of their masters and help the members of the Shadow Family express themselves and communicate.

Being metaphorically and literally dark, the story of ‘Shadows House’ seems to create a perfect balance between a dark mystery and childish innocence. The viewers are yet to find out if the plot is going to get any darker and creepier. 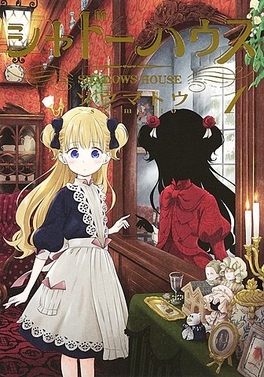 Emily And Kate In ‘Shadows House’ Season One, C[CloverWorks]

The characters of ‘Shadows House’ are divided into two parts – The Living Dolls and The Members of the Shadow Family. Let us get to know all the living doll characters. The main protagonist of ‘Shadows House’ is named Emilyko. Yu Sasahara voices her. Next up is Lou, and Ayane Sakura voices her. Then come Shaun and Ricky, and they are voiced by Kodai Sakai and Reiji Kawashima, respectively. Not to forget Ram, who is voiced by Shino Shimoji, while Saori Onishi voices Sarah. Lastly, Rosemary is voiced by Mai Nakahara, and Rie Kugimiya voices Barbara.

It is noticed that a lot of the voice actors are working double roles. Since the dolls are supposed to be the faces of their masters, the masters, and their dolls will be sharing their voices. A supporting character called Edward is later introduced and is voiced by Wataru Hatano. 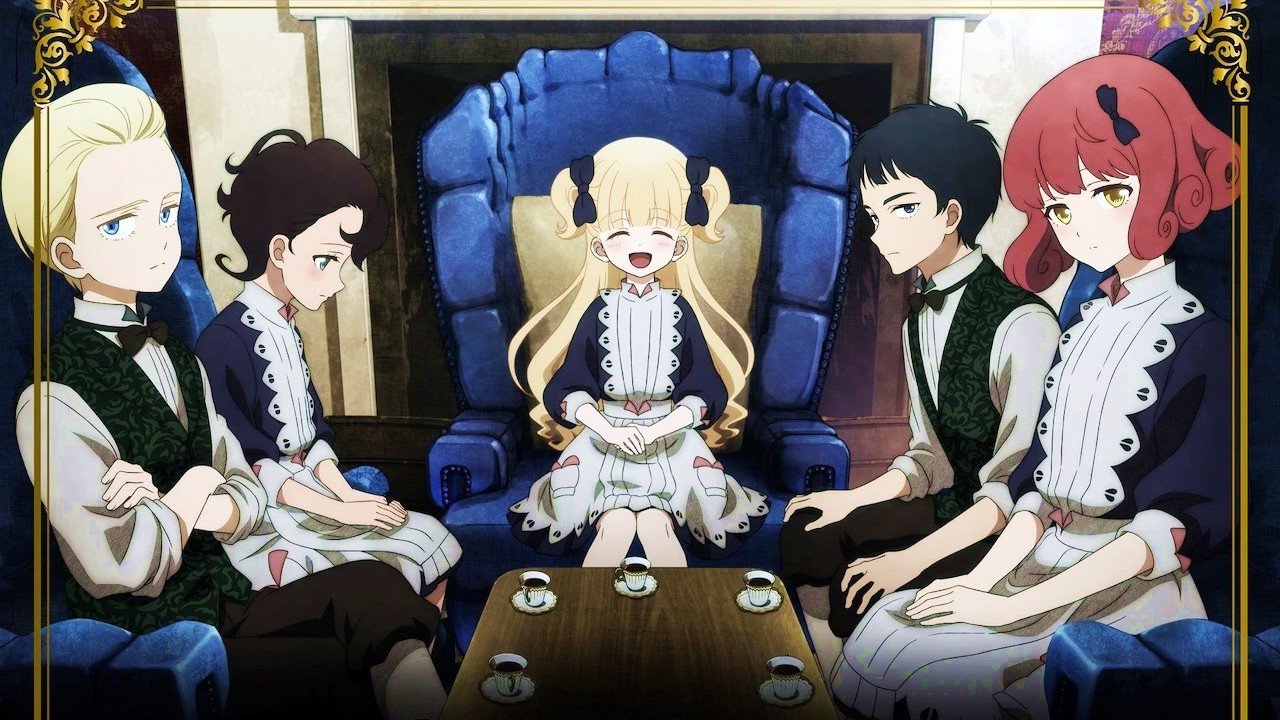 The Living Dolls From ‘Shadows House’ Season One, C[CloverWorks]

Shadow House Season 1 Release Date, where can you watch it?

The episode schedule of ‘Shadows House,’ season one, is not out yet. The official producers of this supernatural fantasy have confirmed that the first episode of this Anime series will premiere on the 11th of April, in 2021. You can watch ‘Shadows House’ on the online platform called Funimation.