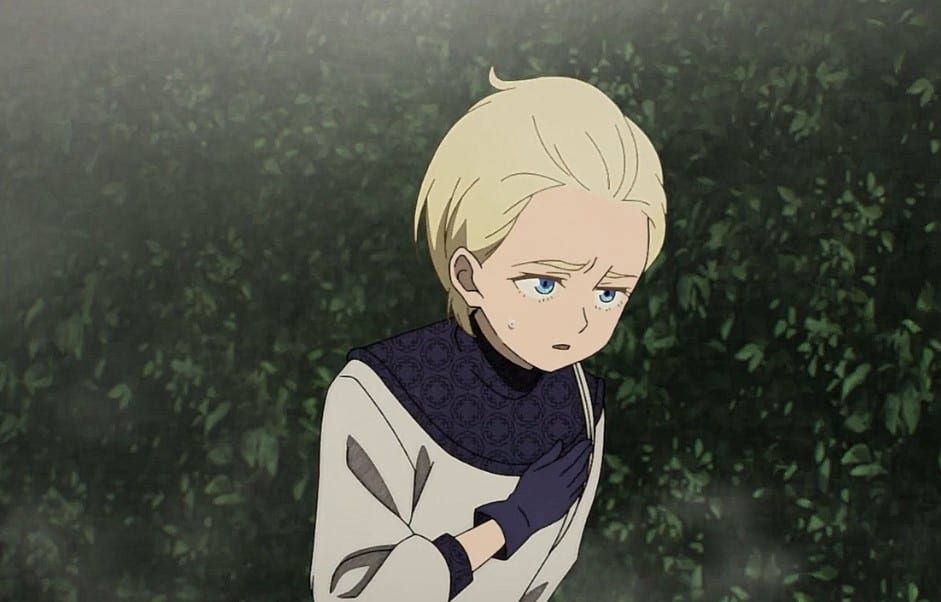 The competitors realize that Edward has explained the rules at the beginning of the game. Edward told them that they must exit the garden before the allotted time expires. But the participants must save their master before they run out of time. Shun asks Edward what he is trying to do. Edward comments that living dolls exist for the sake of their master. Shun thinks that Edward is punishing them for a stupid game. Edward warns Shun, Emilico, and Ricky not to question how he runs the Shadows House.

Edward told them to complete their mission of protecting their master since they are nobles. He guaranteed that no harm would come to a living doll’s face while in the labyrinth. Edward also told them when they are saving their master, their shadow’s attire must not get dirty. He explains that the soot glass takes about two hours for the soot to go from bottom to top. The crew must bring their master to the exit before the soot goes from the bottom to the top. Edward gave Emilico a bag and told her to wait at the entrance with the others.

Emilico has helped Shuan to retrieve his master. Shun told Emilico that they would meet at the exit, and Emilico heads to save her master, Kate. Riky is making his way to his master Patrick that met with Emilico earlier. Patrick and Emilico argued, but they end up making up. Pat realizes that Emiloco has a heart of gold. He finds the reason why they call Emilico Sunshine. Pat told Emilico not to save her since it is Riky’s mission to save his master.

She realizes that if she rescues Pat, they might get in trouble. Patrick waited for Riky to arrive and save him. Riky is with Lou, and they help each other to pass the maze game. Louise almost fell from the top, but the scizor she was carrying enabled her to get back to Ricky. Later Ricky finds a shadow that got sewed with the chair. He wonders how they can save her since Edward told them that the shadow must be rescued without getting their clothes dirty or torn up. 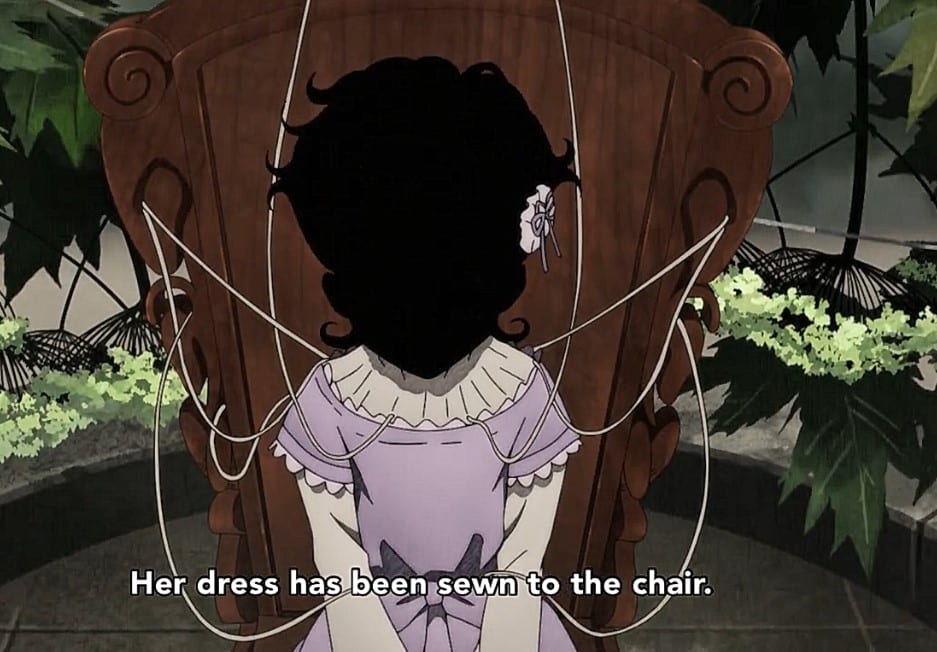 Ricky realizes that all their girls are acting like Emilico, who is suitable to everyone. He wonders why he is not the most special doll of all. The two arrived at the dead-end, and Lous use the scizor to make their way out. Ricky tries to find instructions for the game on a piece of paper. Louise managed to find a way, and they saw soot rising into the sky. Lou realizes that it is where her shadow master is, and they head there. Emilico arrives at the place where Mistress Kate got placed.

Shadows House Episode 9 will release on Sunday, 6 June 2021, at 12:30 AM JST. You can watch Shadows House online on AnimeLab.