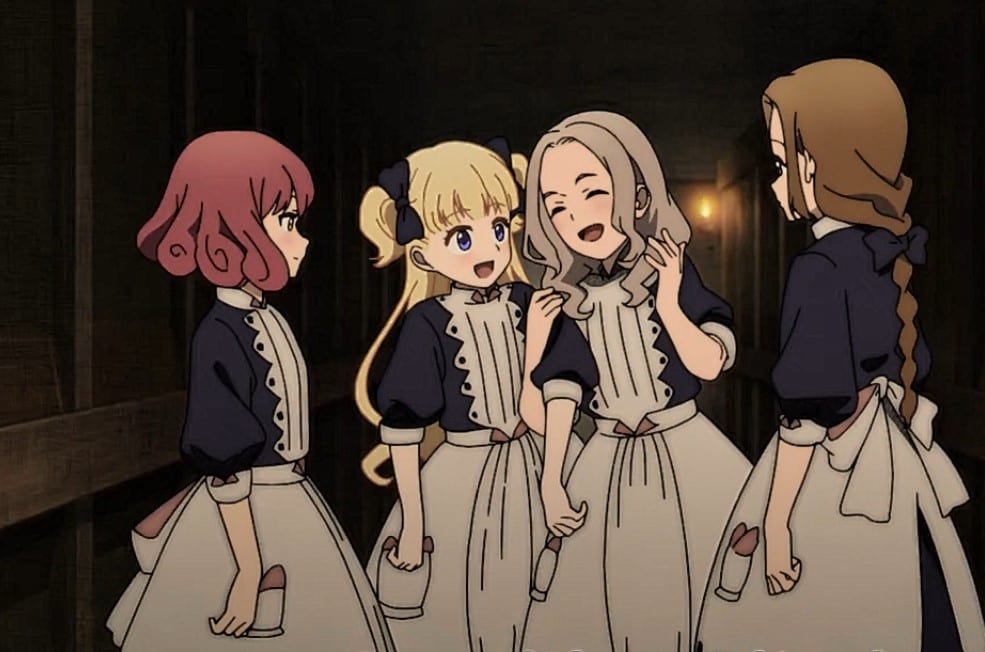 Emilico saved the lives of many workers from the Shadows House. In the morning, Barbie calls the workers for another meeting. She is feeling embarrassed since what she was suspecting didn’t happen. She reveals to the workers that an equipment failure caused the phantom mayhem. The episode is title The Debut. Barbie told the workers that if they slack, the worst will happen again. She told them to work hard, and she dismisses the meeting. Mia and Emilico are excited that the truth got revealed.

Mia told Emilico to see how disappointed Barbie looked. She also comments that Rosemary and she knows nothing about the soot processing equipment. Mio is excited that the Star Bearers handle that, but Barbie must’ve been sleeping on the job. She thanks Emilico for helping them. Emilico reveals that exchanging letters with Mio helped them. Mio comments that she never expects a handmade doll as Emilico’s reply. She thanks Emilico for getting them out of trouble since they know that Barbie would have punished them.

Emilico reveals that she is not good at writing, but she will lt her sewing skill to do the talking. Rosemary told the girls that it is time to return to their rooms. The girls part ways, and Mio comments she enjoyed that. Mio entered her room and found that it is messed up. She saw tha marks of shadow hands all over the wall and floor. Her doll and the documents that were on top of the table is destroyed. She wonders if this is Mistress Sarah’s doings. Meanwhile, Emilico talks with Kate Shadow, who told her that the debut is tomorrow.

Kate told her that she was busy and she couldn’t tell Emilico about the debut. She told Emilico that they should have studied together, but she can rest and wait for the debut. Kate noticed that Emilico sad and she call s her to come back. Emilico stood infront of Kate, who told her to laugh and act sad. She did everything that Kate told her, and Kate comments that is what she needs to learn. Emilico realizes that the debut is all about that. Kate told her to hurry and go to bed, and she must not think about anything. 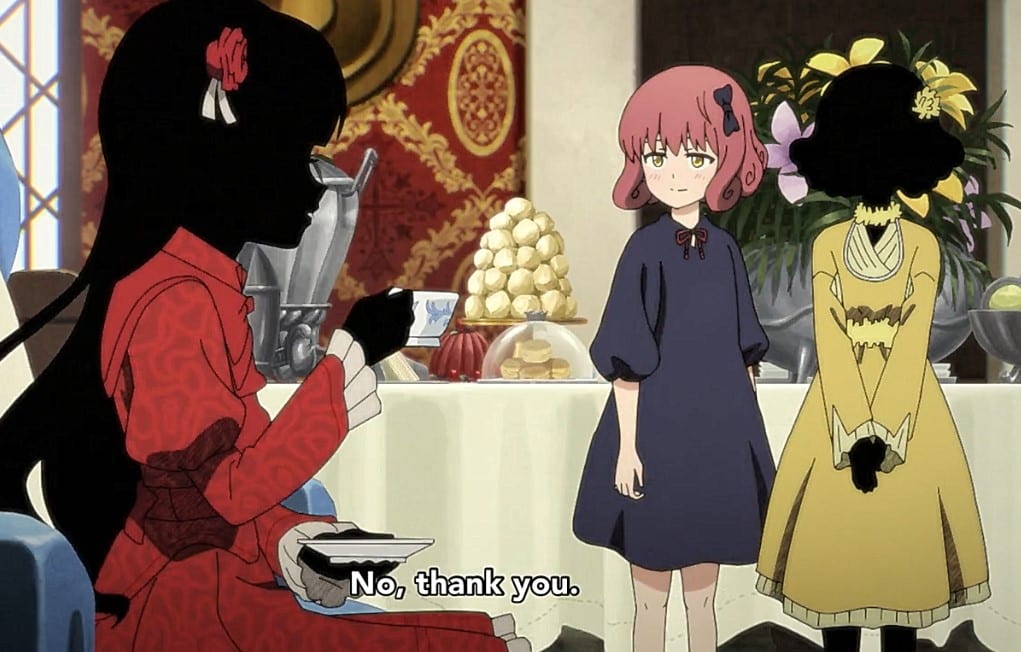 She decided to help Emilico with her chores and duty while Emilico rest. Emilico headed to her room and decided to study few things for her debut. She realizes that she has caused Mistress Kate nothing but trouble. She wonders how Kate is feeling and if Mio understands everything that Mistress Sarah is feeling. Meanwhile, Mio is with Mistress Sarah, asking her to allow her to grow. Sarah agrees to help Mio. Emilico continues with her studies.  She wonders if Rolly is doing okay, and it has been a while since he has done anything bad.

But she realizes that Rolly is full of Mistress Kate’s goodwill and he will be fine. Emilico studied all the rules of the Shadows House. She realizes that no one is allowed to go outside of the house. But she wonders why and never asked about it. Emilico wonders if there are people outside that she can meet with. She realizes that she has to learn everything and become a Star Bearer. Sarah punished Mio by beating her with a stick. Mio endures the pain without screaming since she is learning to become a Star Bearer.

She wonders if Barbie was raised like this, and that makes who Barbie is now. Sarah told Mio that they should be the ones who gain Lord Grandfather’s approval. She is worried that they haven’t had their debut, but Sarah wastes her time with that failure. Mio wonders why Sarah hates Emilico and Kate.  The day of the Shadows’ debut arrives, and the dolls gather with their partners. Kate notices that Emilico is sad and realizes that if she stays like that, they will fail their debut, but she lightens her mood.

Shadows House Episode 6 will be released on Sunday, 16 May 2021, at 12:30 AM JST. You can watch Shadows House online, AnimeLab and Funimation.