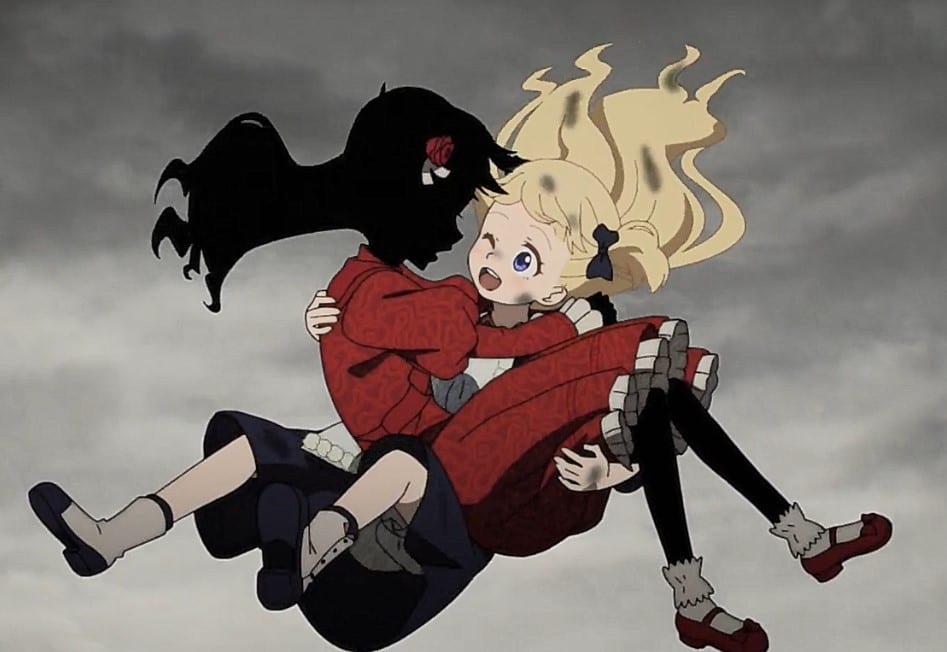 The king announces that the Faces will lose their sense of self in due time, becoming but faithful servants of their shadows.
The higher-ups wonder if the Shadow and Face unite as complete beings. The king replies that Edward’s debut needs to get questioned since things are not in the way they have planed. One of the royal comments that it is a mistake to have Shadows be friendly with their Face and Faces gets destroyed.

He is worried that the bond between Shadows and the girls gets strengthen when they rescue their masters. The royal guy also comments that the girls get encouraged since they vow to save their masters. The queen asks if it is not essential to promote loyalty since a debut that could cause them all to fail is quite a risk. The lady sitting near the queen comments that it is an experiment. During the meeting, the higher-ups realize that some girls are showing signs of new powers blossoming.

The episode title is ”A Bird Cage and Flowers.”They also notice that Sophie could do a better job than Edward. The royal guy asks if the higher-up thinks that they wish to mass-produce Star Bearers. The guy feels that nothing good will come out of this game. A Shadow master comments that there are many possibilities here in Shadow House.

The king believes that the debut that they have made so far is intriguing. The king also said Edward’s methodology is revolutionary, and it will be difficult for him to judge. The royal guy comments that’s when he sees Edward; his blood boils. Roy gets furious after realizing that his rival is making a good performance. A Shadow master wonders if Edward is trying to steal Ryan’s thunder.

The queen of the Shadows reveals that Edward is not a thief and the princess reminds them that the union of bodies is the great secret of the Shadows House. The queen also said that it is foolish to show the secrets where the candidates might see. A lady Shadow listening nearby thinks that Edward has sunk too far into his world.

The queen called out Aileen’s name and told her to come to join the meeting. Aileen realizes that the queen is giving her orders to complete another task. Aileen blows a cloud of black dust out of her mouth and creates something that the queen wants to use to solidify the game. The higher-ups show the rest of the group the five pairs upon the debut’s conclusion. The king adds that those five pairs will be an excellent sight to see.

Meanwhile, Emilico, the rest of the girls, and the boys search for their Shadow masters. At the entrance of the house, the Shadow boys are cleaning and talk about their clothes. Shaun and his Shadow have found the map after arriving at the gate. The Shadow told Shaun that they would make it through those bars. Shaun replies that he has a plan to get them out of this place. However, Shaun’s Shadow realizes that they can’t lift the bars without someone’s help from the other side. 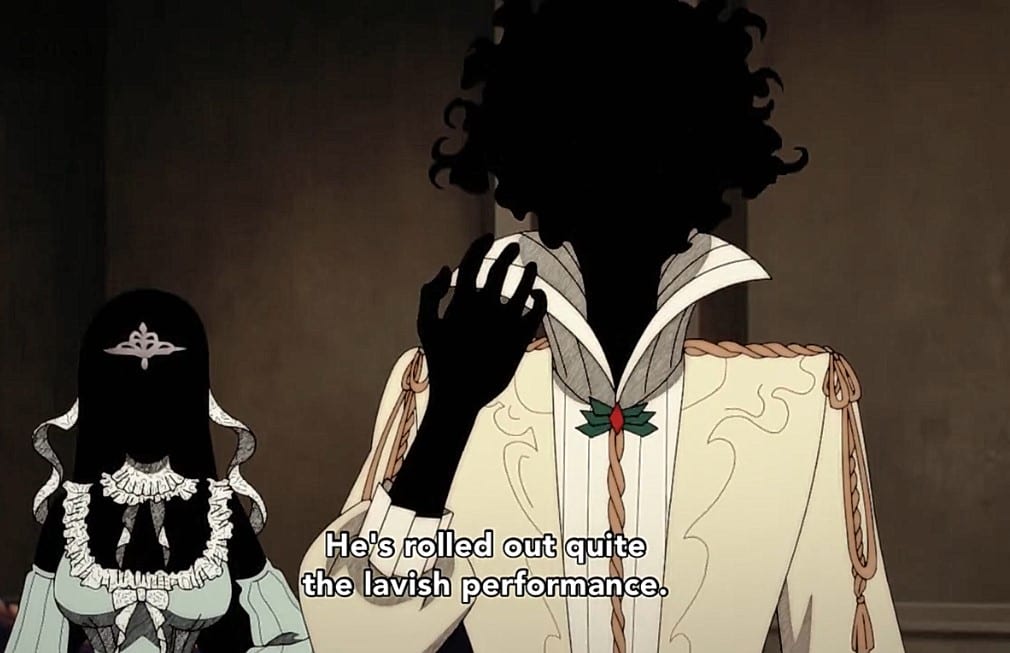 He suggests that they can take a detour, and on their way, they will check on Mistress Kate and Emilico. Shaun’s Shadow replies that John will not meet with those two. John promised Kate that he wouldn’t meet with her until he passed this test. Shaun replies that John would save Kate if she has asked him to save her. Ricky appears to the other side of the bars, and Shaun heard footsteps.
Shaun looks back and finds that it is Ricky, and they two hate each other.

Master John asks Ricky if he is Patrick Face. Shaun replies that he has figured out everything about the labyrinth than Ricky. Shaun tries to outsmart Ricky by saying that he knows the whereabouts of Patrick. Ricky realizes tha Patrick needs him and Shaun got him. John asks Shaun if he gives him an unfair advantage when he is around. Later Emilico finds Kate caged like a bird and saves cate after cutting the treater around. The two fell out of the cage and landed on top of the flowers.