Shadow House Season 2 Announced: When Is It Coming? 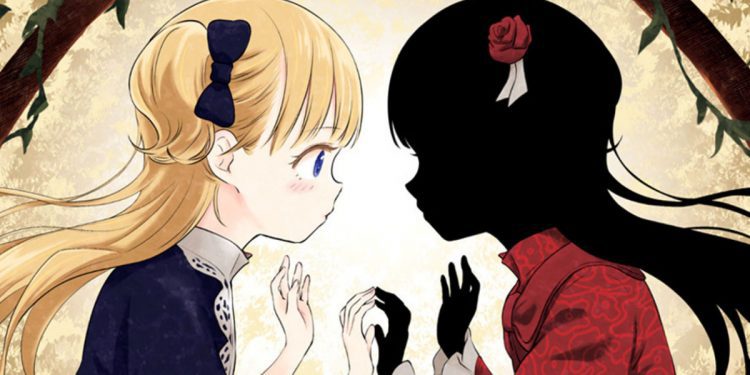 Being a supernatural fan is one of the best things as our interest leads us to witness things out of the world. Whether it is an anime series or a Hollywood movie or series, supernatural and gothic things stay something of utmost for the fans. It is interesting, educating, and most importantly, fascinating how we get to know about another dimension that may or may not exist. Personally, paranormal stuff has a special place in my heart, and I can never miss a chance to stream a supernatural series or speak out about it. Speaking of supernatural and gothic, this time, I am going to mention “Shadows House” or Shado Hausu.

The series made its first appearance back in April 2021 as a Spring anime along with big hit series like Tokyo Revengers, The Slime Diaries, and My Hero Academia Season 5. Noticing the cute girl art, no one expected it to come out as a series that will gain so much popularity and come out to be this interesting. Since the series became a great hit and concluded its season 1 in the year 2021, fans are already demanding a new season that might drop out very soon. However, we are yet to find out the schedule, so stick till the very end to know everything in this matter.

ALSO READ: Futsal Boys Episode 1: All That You Need To Know

The Japanese manga series Shadows House is also known as Shado Hausu, is drafted and illustrated by artist So-ma-to. The manga series was officially published by Shueisha Publications, which is popular for producing most of the popular manga series. The English version of the series was published by Yen Press which dropped out its first chapter on 6th September 2018 and still releasing new chapters. Till now, the manga was been collected in 9 tankobon volumes, and the number of volumes will increase as the series is moving to its conclusion. The anime adaption of the series was produced by CloverWorks Studio and was licensed by Funimation to release all over the world. As for the official release, it was originally released on Tokyo MX, BS11, GTV, and other Japanese local networks.

The anime series made its debut with its very first episode on 11th April 2021. The series concluded with its season 1 having 13 episodes, and fans are demanding a season 2. Season 1 of the Shadows House was created under the direction of Kazuki Ohashi and was written by Toshiya Ono. Season 1 concluded on 4th June 2021, and now there is new information regarding the release of season 2, let’s see when we can have the new season.

The reason the series Shadows House came out to be so popular is because of its plot. The plot is set up in a very dark and grand mansion where living dolls live working for their masters. They work to clean the endless soot emitted by their master. The protagonist of the series, a young and cheerful living doll named Emilico, who lives in the same mansion and works for her mistress Kate. As the series progressed, both Kate and Emilico grew closer as they began to explore the huge mansion. The thing that makes this extremely interesting is the existence of living dolls and how Kate and Emilico will discover the dark secrets of the mansion.

The previous season of the series was produced by CloverWorks Studio, which is known for producing anime series like Darling in Franxx, Rascal does not dream of Bunny Girl Senpai anime. In 2021, the studio was known for producing the controversial series “Horimiya”, “The promised Neverland Season 2”. The improvising in the anime series was done by writer Tohiya Ono who was known for his previous work in Blue Exorcist,  86 Eight-six, and both the seasons of Promised Neverland.

As we know that the Season 1 of the series ended with 13 episodes in total on 4th June 2021 and was a super hit. However, the renewal of an anime series is totally dependent on factors like popularity and source material. Since the plot managed to gather a lot of fanbase of the series, it was quite clear that the producers would obviously drop out a new season. But initially, the comeback was doubtful because of the anime adaption going off track and not strictly sticking to the manga series. Certain episodes of Season 1 remained doubtful and proved to be the performance affecting episodes. This made fans concerned about not getting to see many other popular and important latter parts from the manga series.

Fortunately, our wonderful author came up in the limelight and addressed his concerns and also disclosed some of the changes that are needed in anime before getting it renewed. So, as we the author and announcements from the production company, you will get to see the new season of the series in the year 2022. It will come up as a Summer Anime series 2022, but a particular date for its return is et to be announced. So, until there are any updates regarding the actual release date, you can stream the trailer while staying tuned to get updated regarding the latest update on this matter.

Will Hulu’s The Great Season 3 Happen?

10 Side Characters That Stole The Show In Anime: Ranked