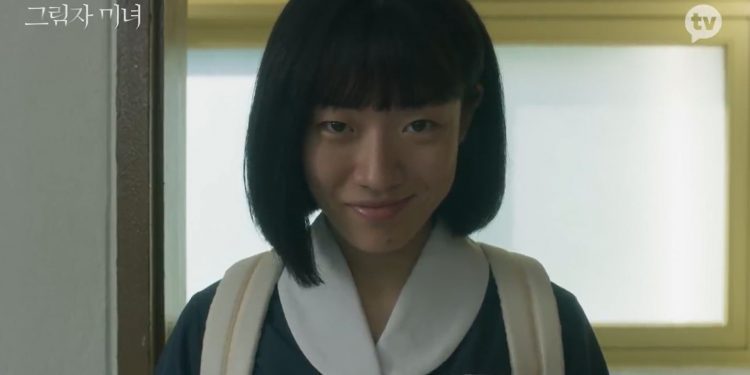 As ‘Shadow Beauty’ came to an end today, all the fans want to know the same thing: Will we be getting a season 2? Shadow Beauty is a psychological thriller romance web drama produced by Kakao TV. It aired on Viki, WeTV, and KakaoTv from November 20 to December 29, 2021. The series consisted of a total of 13 episodes. Shadow Beauty is based on a webtoon of the same name by author Ahum. This season garnered a lot of attention due to many factors. Firstly, many fans of the webtoon were excited to know how much it would stick to the original story. The second reason was the cast consisting of multiple well-loved idols.

The drama tells the story of Gu Aejin, who is ridiculed for being ugly but photoshops herself and is a famous influence known as ‘Genie’ online. She has 700k followers. The series delves into the relationship Aejin has with the people around her and the consequences of her lying online. The editing for the drama was done in dark hues that made its psychological and thriller aspects stand out well. With its intense finale, it is no doubt all the viewers want to know if we will have a season 2. Considering that the webtoon is still ongoing, we can never tell.

Here are some ends that were tied in the finale:

Saehee’s emotions cause a splash

As Mijin loses her cool after people find out she isn’t actually Genie, she tries to salvage her reputation by quickly exposing Aejin. She yells and screams that Aejin is the real Genie, but nobody believes her and only regards her as someone crazy. Mijin feels deeply frustrated and creates a fuss. In the midst of this situation, Saehee fills up a bottle with hot water and throws it on an unexpecting Mijin’s face.

When Aejin confesses to Jinsung that she is not who he thinks, she assumes it is all over. As they come out out of the secluded place where they were having conversation, Aejin sees that her DM’s with Jinsung on Genie’s account are being showcased on a big screen. She feels extremely guilty and takes the stage to confess, but Jisung’s actions stop her. He plays seemingly inappropriate video from the chat publicly, making everyone realize it’s just a video of him dancing. He meets Aejin on their spot outside later and gives her her necklace back. Jinsung concludes his sweet confession of how he likes Aejin with an adorable peck.

Also Read: The Pursuit Of Love Season 2: Should We Expect Another Run?

Haneul and Hoin patch up

Hoin gives Haneul a call to see if he can give her a visit. He surprises her by being extremely vulnerable with her. Hoin shows his ex-girlfriend the scar on his shoulder from when his house burned down. He tells her that he wasn’t even sad when such a huge thing happened in his life and thought of himself as a bad person. Haneul is shocked when he tells her that he was very sad the day she broke up with him. She gives him a hug to convey how she still loves him just as much as before.

Aejin shares an emotional moment with her mother.

Aejin’s father tells her that he finally had to get her mother hospitalized. He confides in Aejin about how her mother didn’t purposely forget about her older sister who passed away but simply used forgetting as a coping mechanism because she also had a miscarriage before them both. Aejin is shocked to hear this and feels sorrow at how hard it must have been for her mother. When she pays her a visit, her mother seems to accept that Aejin’s older sister did pass away and apologizes to Aejin for making things hard for her.

The trauma that held Aejin down

It was established in parts throughout the series that Aejin has nightmares due to a trouble in the past. We all knew that it had to do with an older sister, Heejin, that her mother refused to acknowledge. In the finale, we get to know the whole truth behind the situation. Ever since Aejin was young, she was insecure because her older sister was prettier than her. From the attention her sibling received and the lack of it on her part, she knew that she was not on the pretty side.

One day, while waiting for her sister on school grounds, she sees Heejin with her friends. Suddenly feeling embarrassed upon seeing how many friends she had, Aejin makes a run towards the street. Her sister spots her and runs after her. As this happens, they get into a car accident, and Heejin dies. This haunts Aejin to date as she cannot seem to think of it as anything other than her own fault.

An old friendship is revived.

Most fans were conflicted over Haneul and Aejin patching up. The finale shows us a scene where Haneul visits Aejin, and they have a genuine heart-to-heart on her bedroom floor. Aejin starts crying during this conversation which makes Haneul cry too, and they both share a hug. This indicates that they are now back to being friends.

Aejin gets comfortable in her own skin.

As the episode comes to an end, we get to see a new side of Aejin’s. She deletes all her posts as the photoshopped ‘Genie’ on her Instagram and proceeds to upload a photo of her completely bare-faced. From a star with 700k+ followers, she goes to someone who is bad-mouthed for fooling everyone and is left with less than 10 followers. She is faced with all that she was afraid of but takes it on bravely. Aejin seems to finally understand that it’s okay not to be perfect.

The Cast of Shadow Beauty

The actors starring in Shadow Beauty have done a spectacular job in bringing the themes of the webtoon to life. Shim Dalgi received much praise for her flawless portrayal of Gu Aejin since the teasers dropped. Many were happy and excited for the drama to start, based solely on her short performance in the trailers. Aejin’s character is complex and required several varied emotions to be portrayed in different situations. Shim Dalgi did a wonderful job of becoming Gu Aejin and left everyone awed with her performance in every episode. Choi Bomin’s acting pleasantly surprised many viewers as well. Most idol actors are often criticized for not being natural enough while acting, but Bomin did not give a chance to anyone to make any such claims about him with his work in this series.

In fact, his character was so well-loved that you could barely be on K-drama Instagram for five minutes without coming across a video edit of him in the drama. Kim Hoin, the character he plays, is at times very morally grey. Bomin did a fabulous job of depicting a character that was felt himself lacking emotionally and was awkward with social situations in many aspects. The actors playing Haneul, Jinsung, Mijin, and Saehee did a great job as well. They all came together to create a strong piece of work that many have been enjoying. If we get a season 2 for Shadow Beauty, the fans definitely want to see the drama continue with the same cast!

Will’ Shadow Beauty’ Get A Season 2?

With the first season wrapping up with no untied ends, it’s hard to say if we will get a season 2 for Shadow Beauty. However, with the webtoon not having ended yet, it would not be a surprise if we got one. After all, Seon Mijin is not likely to sit still and take the treatment she was given, right? The final moments of the last episode were very satisfying, as Aejin reveals her real and bare face on her Genie account. She loses almost all her followers and gets a lot of hate comments, but Jisung, Hanuel, and Hoin stick by her side. Many fans are longing for a second season to the show. So far, KakaoTV has not mentioned anything about a renewal for one.