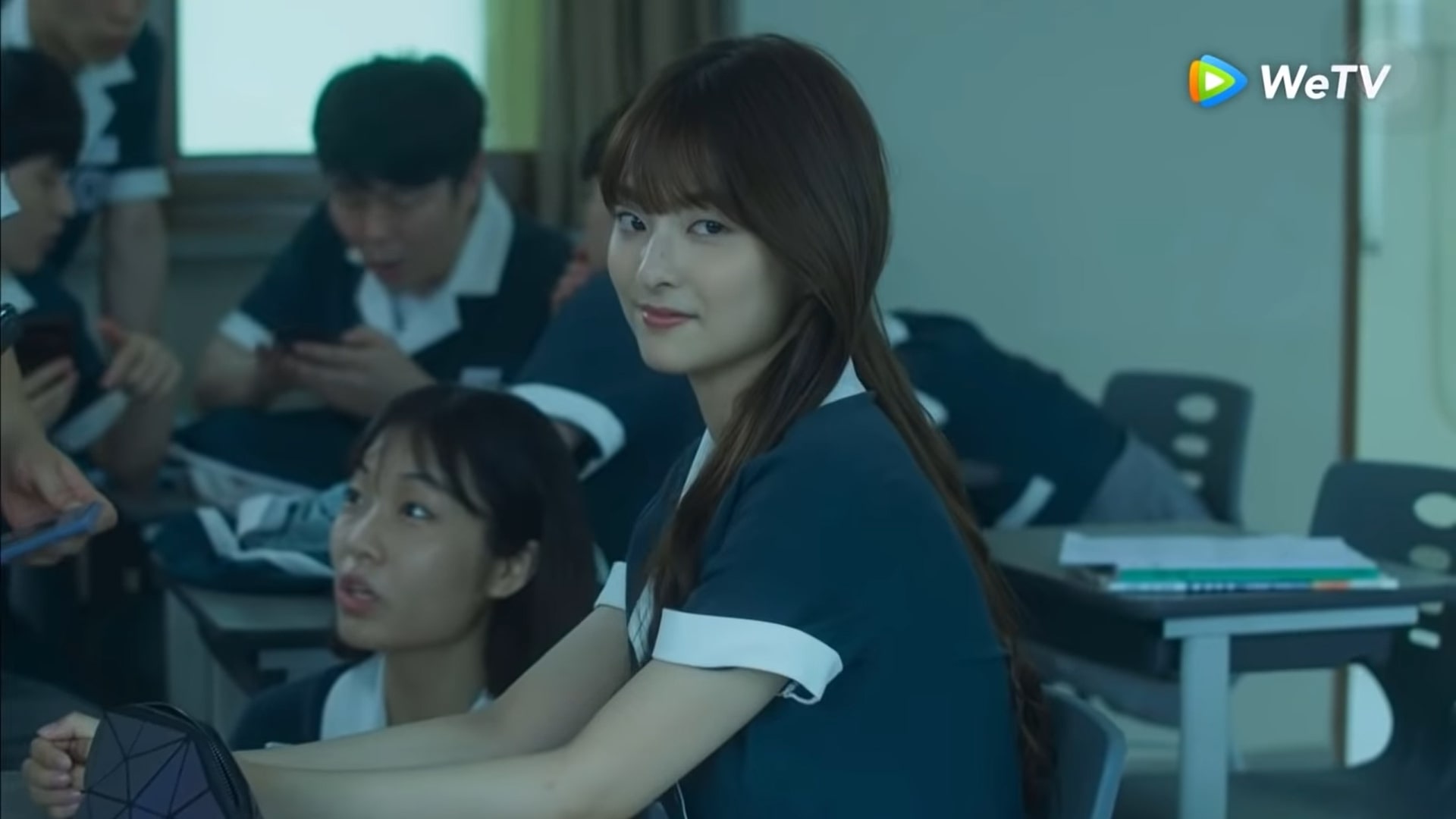 From the looks of it, episode 11 of ‘Shadow Beauty’ will show us more of Ho In putting his detective skills to use. The preview gave us some insight into how Seon Mijin might have a past she’s not proud of. After keeping up her act as Genie and casting Sae Hee out of her friend circle, Mijin has the entire class at her feet. They are all infatuated with her and think she is the real Genie. Aejin tires of seeing her pretend the entire time and keep bullying Haneul. She might not have been able to mend her relationship with Haneul, but she doesn’t like the way Mijin treats her.

In episode 10, we see Jinsung reading the letter Aejin sends him. She confesses to liking him romantically in it. She also says that she hopes the letter won’t be burdensome to him. Jinsung is seen finally debuting as an idol. He holds a far-away expression that hints at how he misses Aejin. On the other hand, Haneul is devastated to find out Genie’s identity. She can’t help but cry as she confronts Aejin and some more back at home. Aejin does the same, heartbroken to lose the one close friendship she had.

What happened in episode 10?

There’s a lot to unpack in this episode of Shadow Beauty. For starters, Jinsung reminisces about his sweet high lunchtimes with Aejin as he read her letter and makes us wonder if we’ll see him approach her again.

Hanuel calls it quits with Ho In

Life has not been treating Yang Hanuel well lately. After the back-to-back blows she takes, she finally decides she does not want to continue seeing Ho In. He senses she might bring something of the nature up and tells her that he will do better. But Hanuel quickly suggests breaking up. Ho In’s expression does not change, but he asks her,  ‘Are you being sincere?’. This sends a barely composed Haneul into a fit of tears. She asks him why she is always the only one who has to be sincere in all her relationships. The two decide to call it quits and are awkward around each other in school.

What is going on with Ae Jin?

The most interesting part of this episode was Ae Jin’s mother denying her having a sister at all. We all know that Ae Jin has nightmares about her older sister’s death. A lot of the trauma she has is related to her sister and her childhood. However, when her mother tries talking to her in this episode and Aejin brings up that she had another daughter, her expression pales. She replied by saying that Aejin has had no siblings and insists on taking her to the hospital immediately. This makes all the viewers question all they know about Aejin. After all, the information they have about all the characters is through her point of view.

Seon Mijin looks like she has no intentions of stopping. She is basking in the attention that people give her, thinking she is Genie and does not want to trade it for anything. Thus, when Aejin uploads a picture on Genie’s Instagram and talks about ‘fake genies’ who have been impersonating her, Mijin momentarily panics. The entire class starts questioning if she really is the true Genie and brings up how she never really said that she is either.

Shadow Beauty Episode 11 will be released on December 22, 2021. Many are curious as to what Mijin will do to keep up the act. She seems viciously protective of her popularity, and it’s pretty obvious she isn’t going to give it up easily!

What to expect from Shadow Beauty E11?

Most viewers are excited to know what terms Ho In and Ae Jin will be on soon. There are many who ship them and want them to end up together. Apart from what Seon Mijin does to uphold her reputation and not become a liar, Ho In, Jin Sung, and Ae Jin’s love lines are what we can expect to see in the upcoming episode.

Shadow Beauty can be streamed on WeTv as well as Viki. As Bomin’s charms playing Ho In’s character trap everyone across the internet, you may want to make sure you catch up with this series!