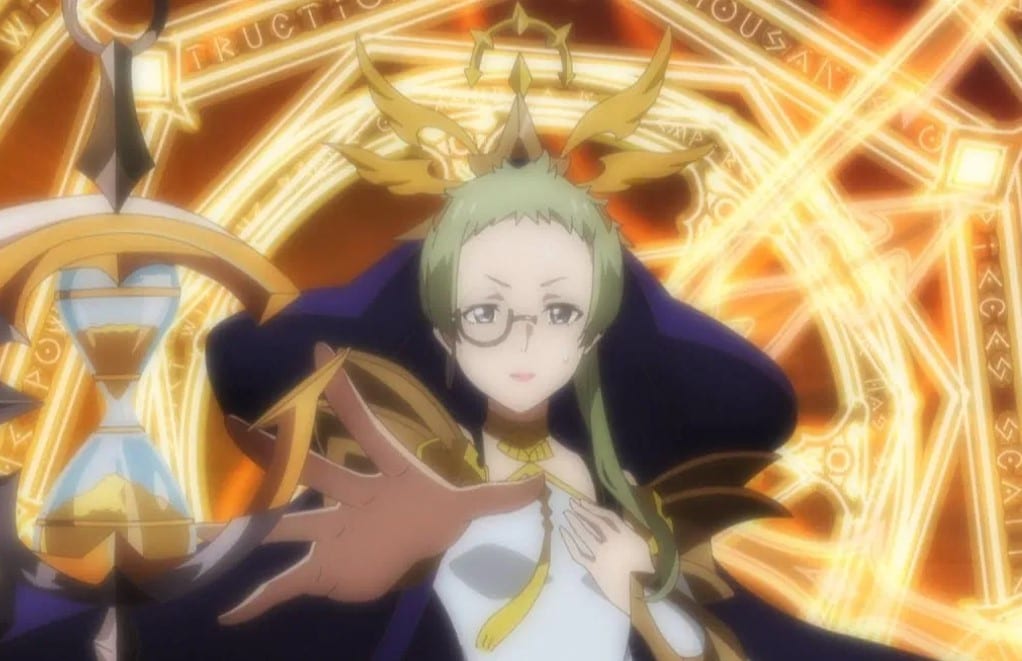 Long ago, the Heroes saved the world, but they disappeared after fighting to save the world. Finally, a young Heroes group rises in the name of Seven Knights Revolution: Hero Successor. They begin to fight against evil and attend an academy where they get trained to save the world. Seven Knights Revolution: Hero Successor has concluded. Let’s find out what the episode has to offer. After finding that Nemo might pose a threat to the students, the high-ups decided on Nemo’s execution.

The episode’s title is ”Reprisal-Counterattack.” On their way, Nemo finds that Miss Sophitia is part of Physis. Reda confirms that Sophitia is part of Physis and said she has a mutual interest with the president. Mina comments that Sohpitia knew that Nemo would escape. Nemo is surprised to see Reda on the president’s airship. Reda wonders if Shophita was playing Germain and exploiting the fact that they infiltrated Granseed. Faria adds that Sophitiata did that for Nemo to use Genius power. Nemo can’t believe that Sophitia manipulated him and make him remove the seal on the old library.

Reda talks about Nemo’s Legis Breaker, which may have triggered the curse’s seal. Faria told Nemo that it is not his fault, but the boat shakes after an earthquake. Meanwhile, at the dorn, they notice a vortex of magical power more giant than any magical power they have ever seen. The vortex begins to expand towards the school and the students that 80% of Modanto-class barrier got destroyed. The stability of the Astral space drops rapidly. Shirley and Gareth wonder who’s causing this incident.

Gareth comments that this might be the end of the world. Jou asks Gareth where he is going. Gareth replies that there is nothing they can do, and he will find a way to kill Nemo. He thinks that killing Nemo will stop the incidents and help save the world. Meanwhile, at the dorm, the students try to protect the school using magical spells. Gildan talks with Jou and Shirley about the way the president is feeling. Jou insists that he wants to know the truth.  Shirley told Jou to trust his friends.

Jou is curious if Geniu’s power will end the world, and they have no choice but to kill Nemo. Shirley tries to calm Jou, but Jou comments that they can sit and watch the world falling apart. Gildan replies that they can find a better solution. Jou remarks that he can’t play a nice guy since he has family and friends. Gareth arrives at the library and met with Sophitia, asking her to grant him more power to kill ”him.” Sophitia smile and wipes her lips, signaling to Gareth that the deal gets done.

Meanwhile, Reda, Nemo, and Faria have landed somewhere. They set fire and drink teas, wondering what they have to do next. Faria asks Nemo what he wants to do next, and he replies that he wants to stop the destruction of the world to protect everyone. Nemo notice that Faria’s hand has something. Faria responds that it is the price of learning the truth and proof of her dedication.

Faria reveals that she wants to be free from the mission, following the footsteps of her ancestor, Eunomia. Nemo replies that he felt the same way as Faria, who said they might be kindred spirits. Faria suggests returning to Granseed and prevents the worst from happening. Nemo agrees to head back and save the world as a true Hero. Meanwhile, Sophitia showers Gareth with new powers.  Elen and Vanesa are working on a new spell. Later Nemo arrives, and Gareth defeats Nemo on a one-on-one. Gareth wonders what he has become.

To Your Eternity Episode 11: Preview and Recap