Seven Knight Revolution is a new fantasy anime based on a video game. Produced from the fine studios of Domerica and Liden Films, Seven Knight Revolution has a generic plot. However, since the anime just started, it has many slots for development. Like any typical fantasy anime, Seven Knights Revolution uses the most generic ingredients: a lowkey overpowered hero who is going to become the greatest, teammates who doubt him, big monsters that the hero sympathizes towards, and also, that one character with big breasts for resolute fan service.

When RPGs get animated, the very plot can only be effective unless there’s some major plot twist that leaves the fans baffled. The plot of Seven Knights Revolution revolves around seven students of the Granseed Academy who have succeeded the power of the greatest heroes in the past. Using this power, these Knights protect the world from the minions of Physis, an evil cult.

The anime was announced on February 4, 2021, by Netmarble. Its first episode premiered on April 5, 2021. A week later, the second episode was released on 12 April 2021. The anime will continue airing new episodes every Monday at midnight (JST).

Nemo reaches Granseed Academy with Faria. On their way, they are met with Jou Tsurugi, the successor of Hero Spike. He arrives with a dragon captured in ice. Nemo takes pity for the dragon, but Jou is immediately offended by this. He tells Nemo that these monsters are only minions of the Physis and have killed thousands of humans. He takes his leave to send the dragon for research.

Faria calls the Knights for a meeting. Here, she introduces Nemo as one of the Knights. They are doubtful at first, but they settle down after Faria tells them that her hero trusts Nemo, so it is the right decision. 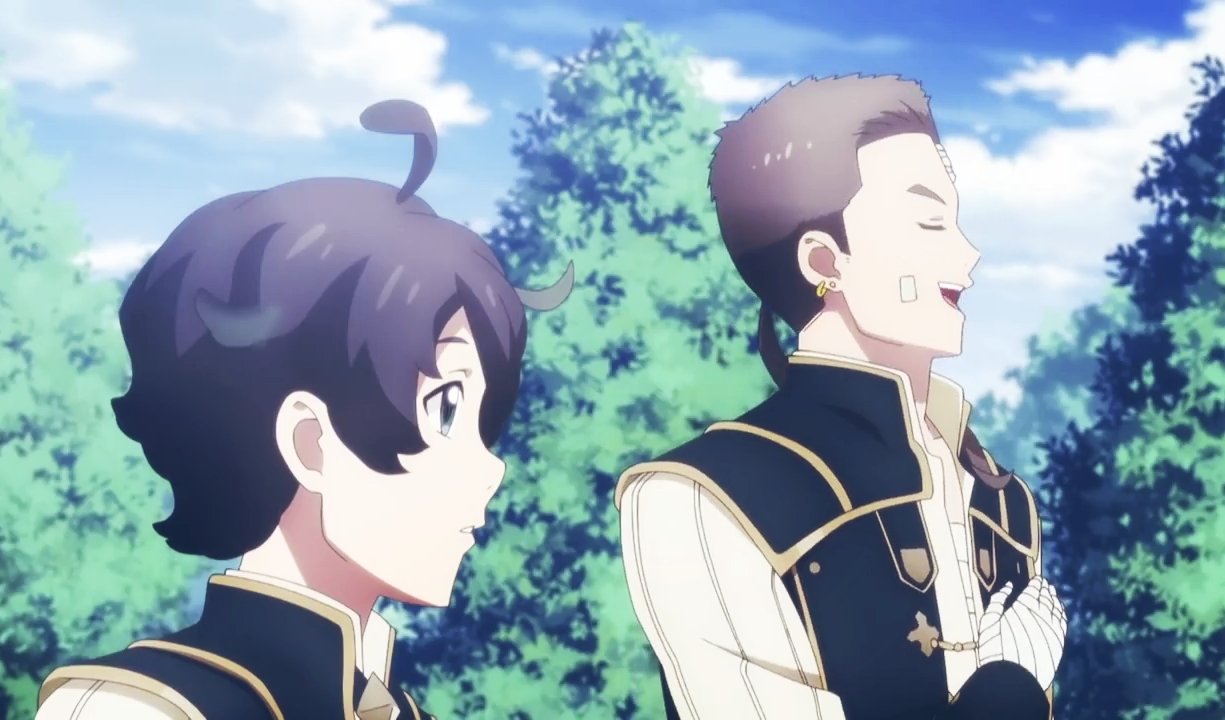 Faria asks Jou to show Nemo around. He discards her request at first but agrees after she manipulates him. Jou shows Nemo around while being constantly triggered by him every second. They meet with the librarian, Sophitia, who praises them. She tells them that while some become Successors after practice and training, some may be bestowed with the power from birth. After a quick round around the Academy, Jou drops Nemo in front of his dormitory and leaves him be. Back alone, Jou trains feeling resentment against Nemo. On being questioned by his hero, he only claims to want to get stronger.

Nemo discovers that he lives in the President Dormitory with Faria.

The next day, Gareth, an elf among the Seven Knights, asks Nemo to deliver a potion to the Alchemy department. Nemo agrees and heads off in the direction. Somehow, the Dragon awakens and wreaks havoc in the school. Jou tries to fight it off alone. He decapitates it, but the dragon grows another head. Spike, his hero, tells him that the Dragon has grown stronger. The regenerative ability of the Dragon increases too. Nemo comes to help him and transforms partially into his combat form. 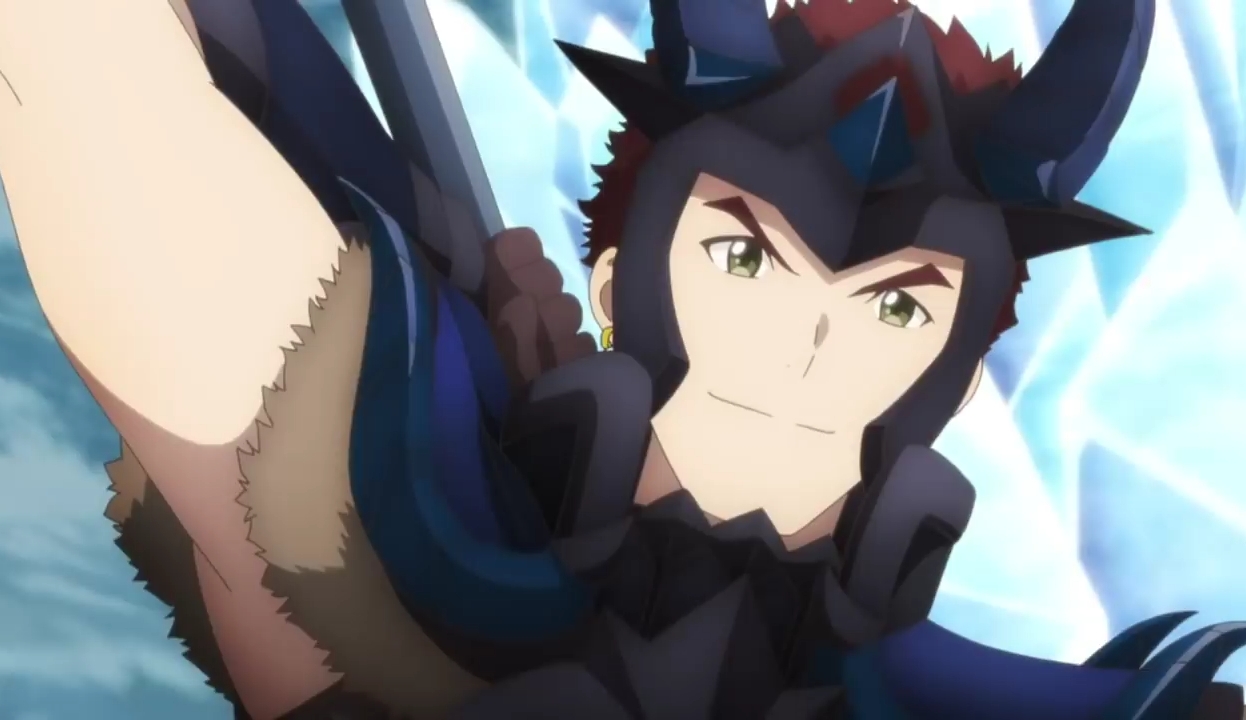 Nemo ties the dragon and exposes his core. Finding the opportunity, Jou freezes the core, and the dragon is decimated. After the battle, Jou finally accepts Nemo as one of them.

In the post-credit scene, it is revealed that Faria still has her doubts. She believes that since Nemo inherited the hero without training, the power might consume him. Under orders from the board, as well as due to her doubts, Faria wishes to keep an eye on him.

The second episode takes the track of every fantasy anime ever. Like any other generic series, the protagonist is put through a trial of acceptance by a group of elites. In the first episode, Nemo wins over Faria. In episode two, however, Nemo impresses another fellow Knight: Jou. As predicted, by the end of episode 2, Jou is best friends with Nemo. It won’t be a shocker if Jou becomes his sworn BFF in the next episode. For someone who feels strongly against the idea of sacrificing themselves to protect others, Nemo seems to be fated to do so for matters as trivial as making friends. 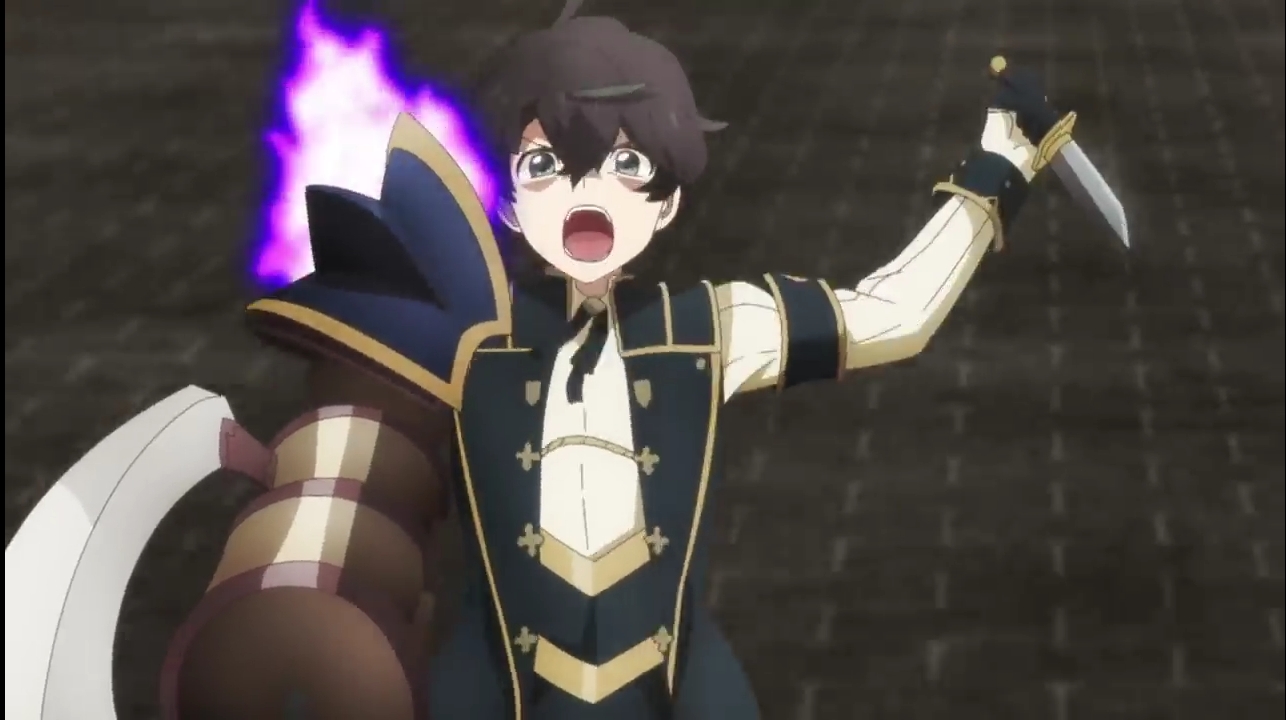 The episode also has some minute unnecessary scenes that barely make any sense. In the scene when Jou returns with the frozen dragon, Nemo expresses his opinions about these monsters being living creatures too. This is quite baseless, even if the makers intended to make Nemo a typical and kind Hero. Nemo had already seen the destruction these monsters cause, especially after being a sole survivor of their attack in the first episode. Having gone through the first-hand experience, why does Nemo need another person to him that these monsters are devastating? An entire scene only gives us the detail that Nemo is a kind protagonist.

The animation of the episode is pretty average. Scenes set in the dark are slightly blurry. Character designs could be better, but it does not necessarily feel like a bother.

I would be lying if I said the second episode was bad. I think it was good, but it was a bit bland with nothing new. The introduction of the Physis could be a good turn of events, even if it’s just a glance. Either way, the episode was an overall 6/10.