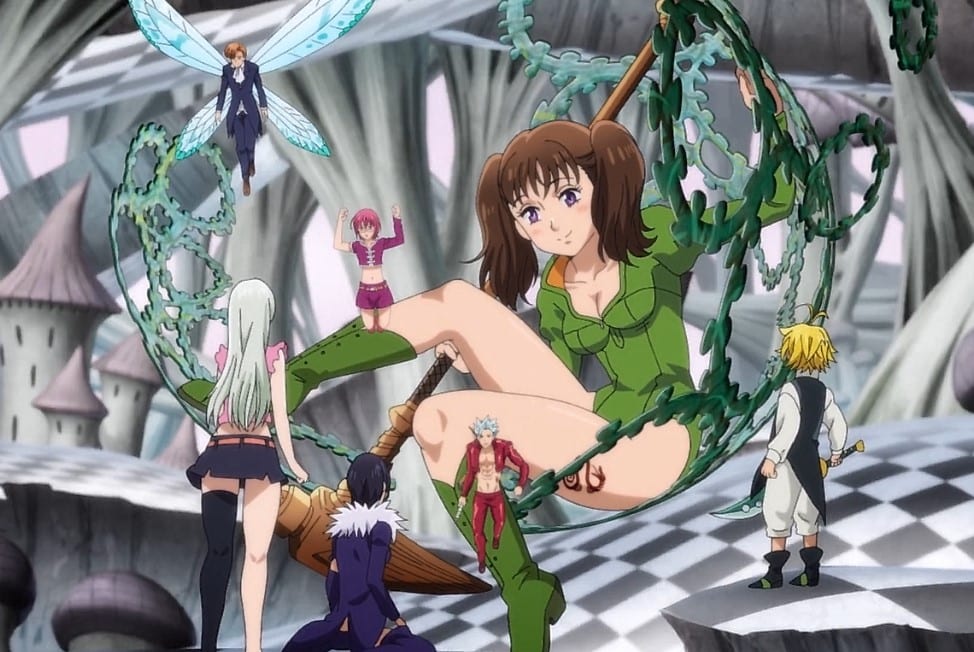 Let’s find how Meliodas and Elizabeth’s journey comes to an end. Meliodas and his friends grow distrustful of Merlin, who has been using the Seven Deadly Sins for a long time. In the middle of trouble, Cath got revealed to be the beast tyrant born of ”Chaos.” However, the Sins manage to slash Caith; unfortunately, Caith regenarate and appears aiming to take down Arthur. During the battle, Arthur lost his right arm. The Seven Deadly Sins manages to escape, and Merlin gathered with them. Merlin decided to protect Arthur.

Gowther wonders why Merlin decided to keep quiet about ”Chaos.” Meanwhile, Merlin is fighting with Cath alone. Cath fires a laser beam that Merlin uses her bare hands to block the blow. Cath comments that she has been looking to fight with her. Merlin replies that she is ready to be the opponent. Fortunately, Arthur uses the Holy Sword to punish Cath. Gowther told the rest of the Sins that the revival of Chaos was the resurrecting Arthur as the Lord of Chaos. Gowther asked the Sins if they would have helped Merlin. The episode title is ”The Everlasting Kingdom.” The Seven Deadly Sin became speechless after hearing Gowther’s words.

Diane discovered out why Merlin hid the truth from them, and King comments that power is dangerous. Gowther replies that all abilities depend on how they get used. King is still furious that Merlin used them, and Gowther reminds King how Merlin’s powers helped them. Ban supports Gowther that they are not the Seven Deadly Sins without Merlin. Gowther reveals that the requirements of reviving ”Chaos” and everyone’s wishes have got fulfilled. Diane stops King from not supporting Merlin.

Gowther comments that he is not siding with anyone, and he is starting the facts. King realizes that humans and other races will never understand each other. Meliodas comments that they can’t let ”Chaos” go unchecked, and he is letting Merlin take responsibility for allowing this to happen. The Seven Deadly Sins recognizes that if Escanor was here, Escanor would have said something. Gowther asks Meliodas what he plans on doing with Merlin. Suddenly Meliodas felt strange magic. 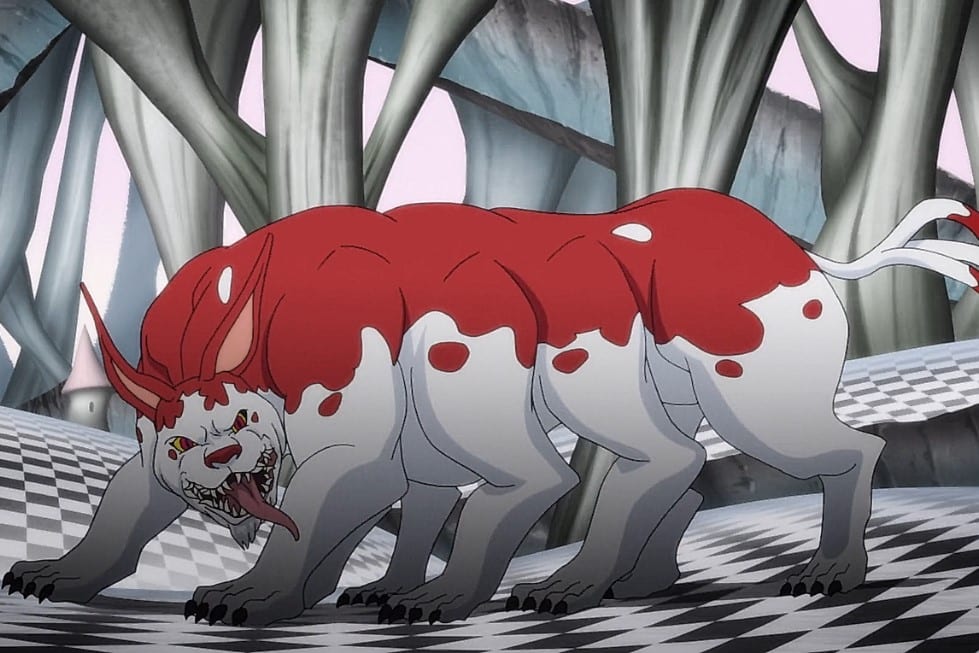 Arthur managed to cut Cath using Holy Sword during the battle, but Cath revives and told him that cutting him won’t kill him. Arthur raised his blade and told Cath that he would defeat him since he is the King. Cath reminds that Arthur that he can’t protect something that is already gone. Arthur wonders what Cath is saying, and Cath reveals that Camelot doesn’t exist in Britannia. The brawl between the Seven Deadly Sins and the Demon King caused Britannia to vanish. Arthur replies that Cath is lying.

Cath told Arthur to use the power of ”Chaos” to see the truth. Arthur teleports his mind to Camelot and finds that everything got destroyed. Merlin notices that Arthur is falling for Cath’s tricks and tells him not to be fooled by Cath’s words. Arthur replies that he can see Camelot. Merlin reminds Arthur that he has the power to rebuild Camelot and talks about people who got enslaved by the Commandments. Unfortunately, Merlin’s words didn’t work on Arthur, who realizes that the underground trench got destroyed.

Cath slaps Arthur, reminding him that they are in the middle of a battle, not a funeral. Merlin got slammed after Cath jumps into mid-air. Meliodas arrives in time and smashes Cath with Full Counter. Elizabeth heals Merlin with a healing spell, and Merlin thought that the Sins had abandoned her. However, Elizabeth told Merlin she is not alone, and the rest of the Seven Deadly Sins arrive. Arthur wakes up and helps the Sins to slay Cath and restore peace in their kingdom. After the battle, Meliodas praises the power of the Holy Sword.