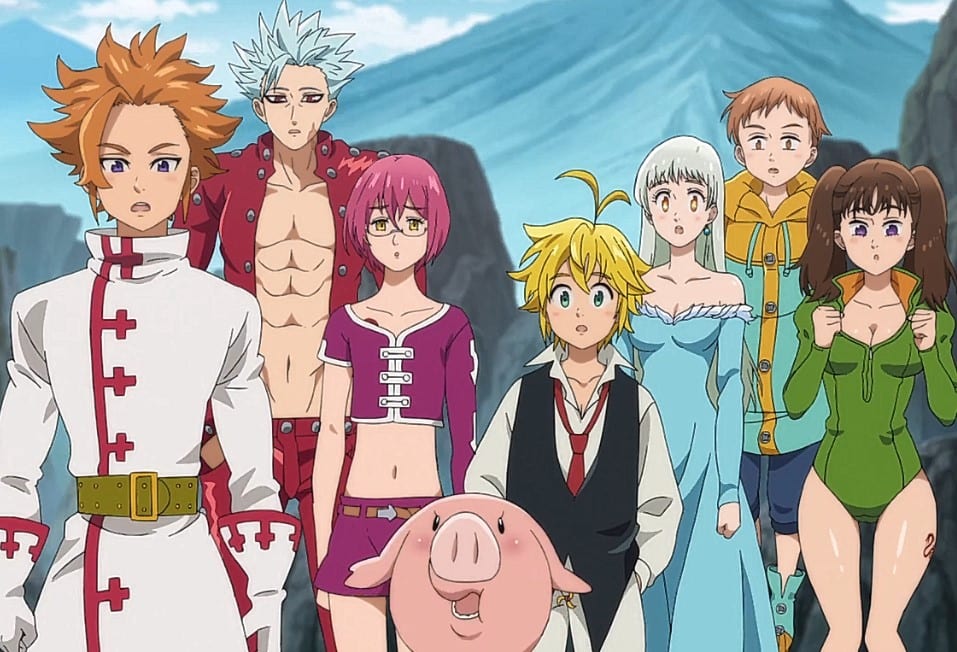 Meliodas realizes that something happened 3000 years ago and wonders why he is not aware of anything. During the visit to the magical lake, Merlin uses the magic in the lake to awaken Arthur as the Lord of Chaos. Her past purpose got revealed. The Sins know about the secret feelings that Merlin has for Meliodas. The Seven Deadly Sins also find that Merlin once attempts to revive ”Chaos” 3000 years to satisfy the hunger in her heart. The Lord of Chaos Arthur got surprised after being revived.

The episode title is ”A Taste of Chaos.” Merlin’s voice said it didn’t live with Merlin nor talk to her or follow her through her journeys with the Sins. But the ”voice” knows Merlin asked the Giant craftsman Dabuzu to forge the Coffin of Eternal Darkness to seal away the Supreme Deity and Demon King. It got revealed that during the Demon King’s resurrection, Merlin delayed the spell to stop the time on purpose and drove the Seven Deadly Sins: Combo Move into the lake. Merlin reactivates the curse on Elizbeth that Captain Meliodas once broken.

Diane and King get furious, thinking that everything is a lie, and Merlin never intends to do that. King told Merlin to talk ”herself ” and not her inner self. Merlin comments that to resurrect ”Chaos” wasn’t enough to seal away the Supreme Deity and the Demon King. Ban asks Merlin if she is aware that Meliodas’s body will get possessed and let Meliodas revive. Merlin finally opened her mouth and replies that to get the key to reawakening Lord of ”Chaos” Arthur, she requires explosive magic.

Gowther comments that it means the ”Chaos Priestess” told them the truth. Meliodas interferes before Merlin answers and asks her to look in his eyes and give him answers. Meliodas asks Merlin if she attempted to execute Elizabeth. Merlin responds that Meliodas’s sole object is to break Elizabeth’s curse. Once Meliodas obtains his goal, he might abandon the mission to defeat the Demon King. Merlin said it is the reason she has to do everything in her power to stop the Sins. Meliodas gets furious that Merlin reactivated Elizabeth’s curse. Merlin replies that she saved Elizabeth. 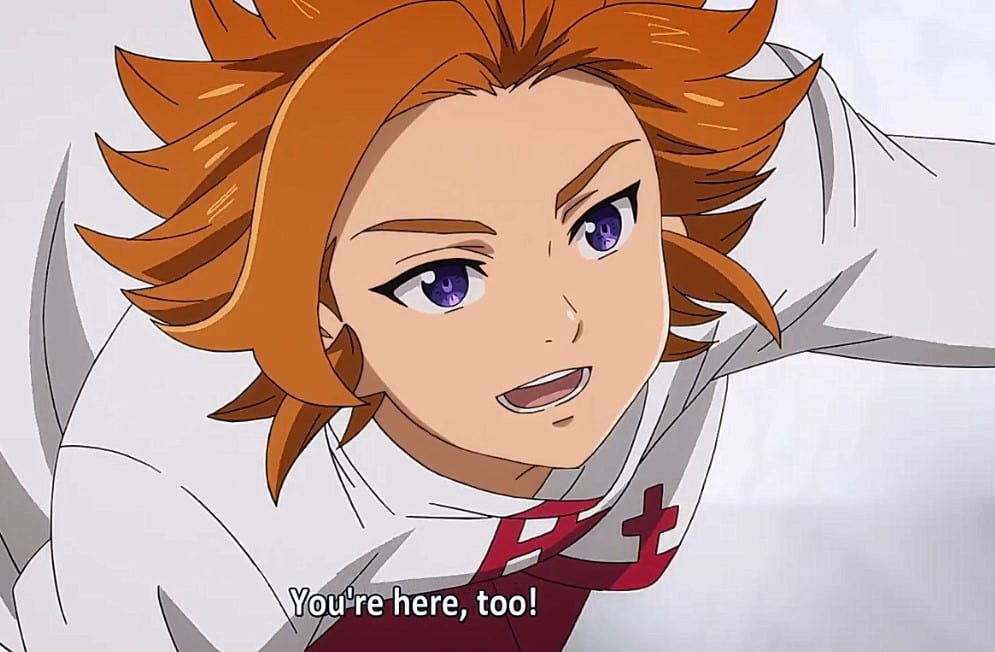 The Lord of ”Chaos” looks at Meliodas and Merlin, trying to figure out what is happening. Meliodas reminds Merlin of the time she assembled the Seven Deadly Sins and asks if she has been betraying them all along. King comments that he thought Merlin is their friend, and Diane sheds tears that the Seven Deadly Sins are breaking apart. Merlin comments that it amuses her when they hate someone so much they want to kill them but still love them, but that is what humans do. Meliodas asks Merlin if she keeps on following them all the time.

Meliodas comments that ”Chaos” doesn’t exist since he saw Arthur that nothing is wrong with Arthur or scarry. Merlin replies that ”Chaos” lives and the Sins have walked that path. Merlin comments that ”Chaos” is the will of a single disembodied force and provisional form that two Gods sealed it away. The Boar Hat collapses as Hawk’s mom died. Merlin reveals that everything is within Arthur the moment Arthur awoke as the ”Lord of Chaos.”

Arthur wonders if the whole huge pig is inside him, but he can’t feel anything. Finally, Meliodas felt something and told Merlin to return Arthur to his normal state. Merlin replies that ”Chaos” has decided to live in harmony with Arthur. Arthur is the chosen one, the Lord of ”Chaos.” Meliodas asks about Arthur’s will, and Arthur told them to stop fighting. Arthur’s cat turns into a monster, and Merlin said they have to kill Arthur’s cat or they will get the taste of Chaos. They defeated the cat, and Merlin told Arthur that she would protect him.