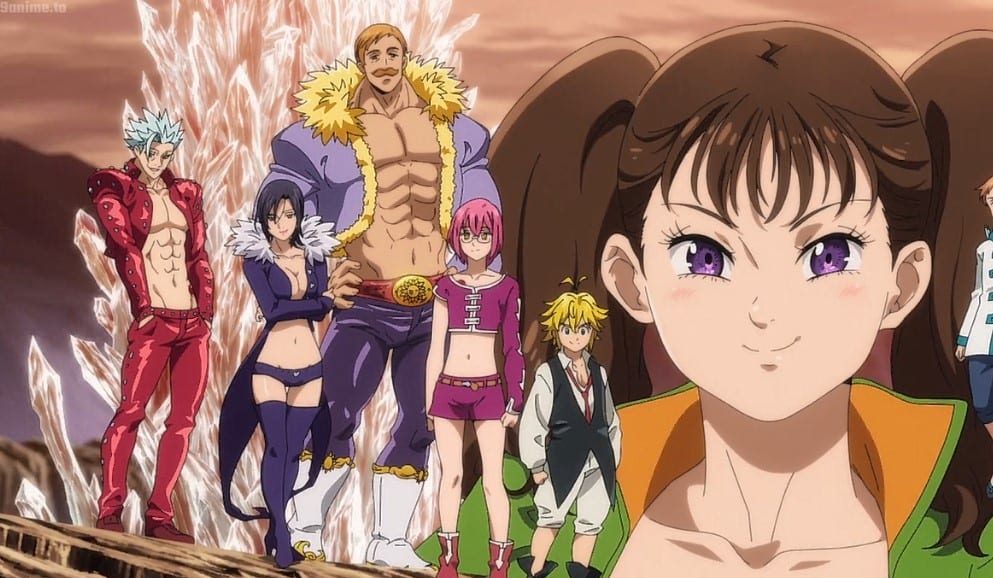 The Seven Deadly Sins have pulverized the Demon King, and Holy War is over. Happiness, love, and joy run through Liones. But one of the Seven Deadly Sins used up all his life and disappeared. The Sins bid farewell to Escanor soul as it rises to the sky. The next day the warriors at Liones feast with a smile that the war is over. Howzer, Gilthunder, and Griamore sit together and enjoy drinking while talking about the greatest war in their kingdom. Gilthunder comments that the Demon King got defeated.

The people of Britannia can live without fear of the Demon King. Howzer adds that one God is gone and wonders what kind of era awaits them. Gilthunder replies that the age of peace awaits them. Finally, a lady arrives and comments that when the balance of Light and Darkness crumbles, the time of chaos follows. The trio wonders what that lady is saying. The episode title is ”What Witch Had Always Wanted.”The lady told Gilthunder that it’s a long time and Gilthunder calls the lady Vivian

Howzer asks Vivian why she can’s stop making her moves towards Gilthunder.  Gilthunder comments he thought Vivian got killed by Ludociel. Vivian admits that and comments that she got pierced by a Goddes’s sword. She reveals that she got reborn like a phoenix through the power of love. Howzer told Vivian to give them solid news. Vivian started to narrate poems to the boys. Griamore realizes that after a love poem, Vivian will hit them with a love-dying speech.

Vivian starts with a love-dying address and explains how she died and how the person she loved made her reborn. The lecture goes like ”If a woman like you sies, it will be a loss for all of Britannia.” No, it would be a far greater loss for me.” Howzer wonders if it is Dreyfus. Gilthunder comments that Dreyfus said it’s too much, and Dreyfus has Hendrickson cast tons of recovery magic. Vivian continues to shower the boys with words of love and speeches.

Howzer comments that is what they call Devil’s Luck. Vivian teleported near Gilthunder and told him to break up with her since her eyes have woken, and it’s thanks to true love. Vivian shouts that a woman gets loved rather than loves another. Howzer comments that he is confused by the is good news for Gilthunder. Gilthunder looked at Vivian acting her love drama. Howzer notices that Gilthunder is quiet and asking Gil if he is stalking or if he has developed feelings for Vivian. 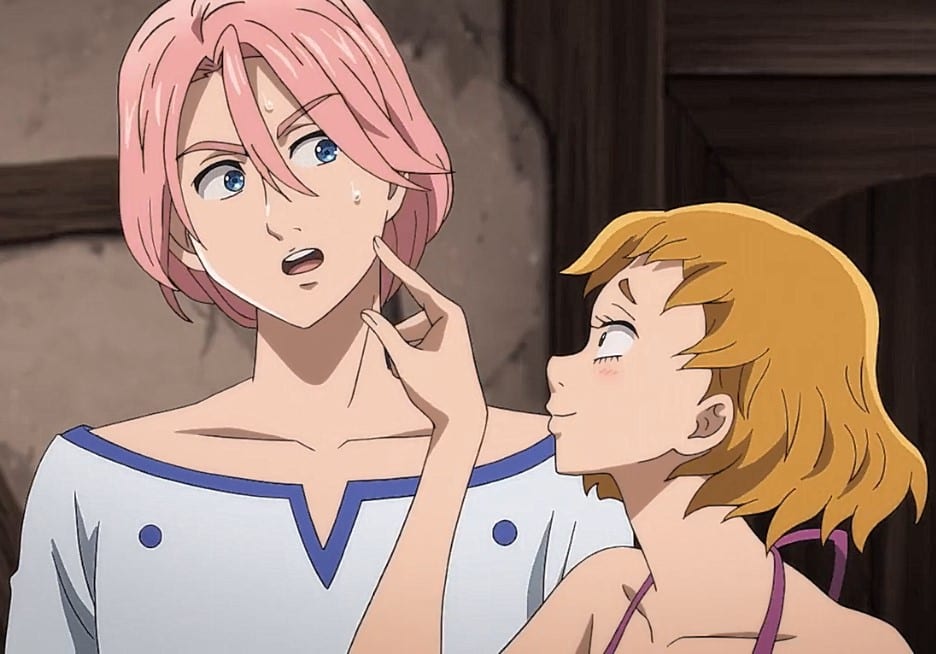 Gilthunder punches Howzer and replies that nothing like that has happened. Vivian heads to Griamore and calls him Gorillamore; she told Griamore to call her mom from now on. Griamore replies that it is Griamore not Gorillamore. Gilthunder calls out Vivian’s name, asking her what she meant by time of chaos. Vivian thought that Gilthunder would talk about love speech. Vivian replies that she knows nothing about that, but Merlin had a habit of saying those words.

She reveals that Merlin said, ”When the balance of light and Darkness crumble, it will mark the end of the Gods, and chaos will return.” Then the world will be reborn.”Meanwhile, Elizbeth confronts Marlin during feasting. Elizabeth talked about the burn wound and asked if she can heal the wound. Merlin asks if the burn wound is ugly, and Elizbeth said no. King comments that it is a respectable mark, and if Merlin wants to stay with that wound, they can allow her to stay with the burn.

Gowther remarks that as long as Merlin has that scar, Escanor still lives on in Merlin. Ban and Meliodas arrive drinking their favorite beers. The Seven Deadly Sins talked about how they miss Escanor. Diane is glad that Captain Meliodas doesn’t have to go back to the Demon World, and Elizebeth’s curse got lifted. Ban resurrected Elaine, and they get to be together at last. Later the Sins find that there is something that Merlin has been hiding for 30000 years. They confronted and talked about ”chaos.”