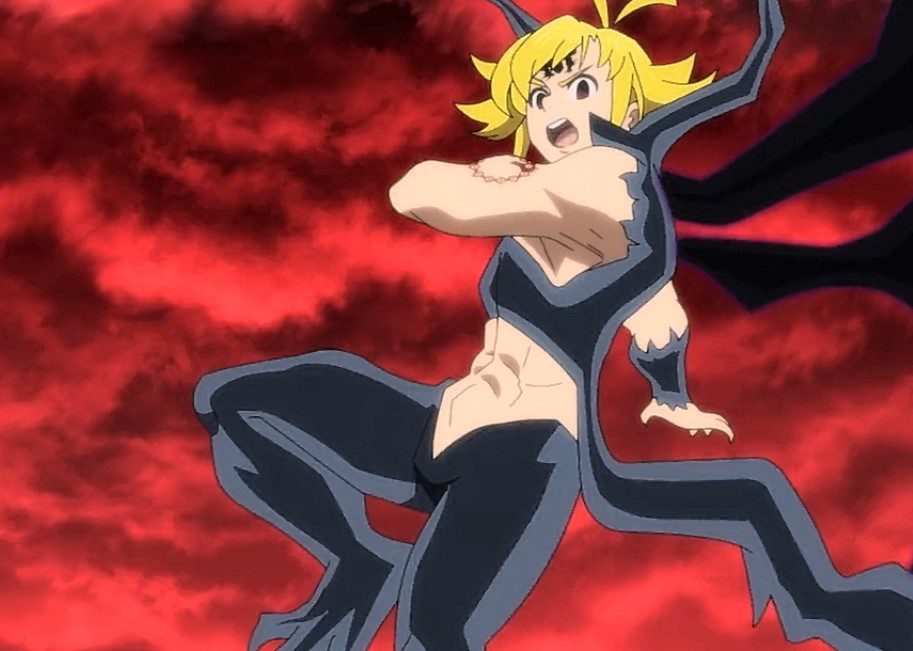 The Demon King told Meliodas and the rest to kneel before him and unleashes an attack called Death Zero. The Seven Deadly Sins suffer from the overwhelming powers of Death Zero. The Demon King told them that they would never stand a chance against mountains. Escanor replies that he has destroyed countless mountains more extensively than the Demon King, like eating breakfast. Escanor attacks using the power of The One Ultimate. The attack scratched the Demon King, who comments that a God can’t feel pain or fear.

Ban laughs at the speech of the Demon King and comments that those who don’t feel fear or pain are mere pawns of the Holy War. The Demon King replies that they can continue to act tough, but he will punish them for their Sins. The Demon King tried to squeeze the Sins inside the Death Zero ball. Diane shouts that she hates to fight, but she has to fight against the Demon King. The Demon King asks the Sins if they are expecting to defeat him. He told them to stop dreaming during the day.

King comments that he will do everything to protect everything he loves, and he is the greedy king.  Merlin unleashes Power Limit Break to free the Sin’s from Death Zero. The Death Zero ball explodes along with Power Limit Break. Merlin comments that they will be sleeping for a week after the battle. The Demon King realizes that Merlin is the daughter of Berialin. He asks Merlin if she continues to deceive God. Merlin replies that God has no right to comment on the path she has chosen. 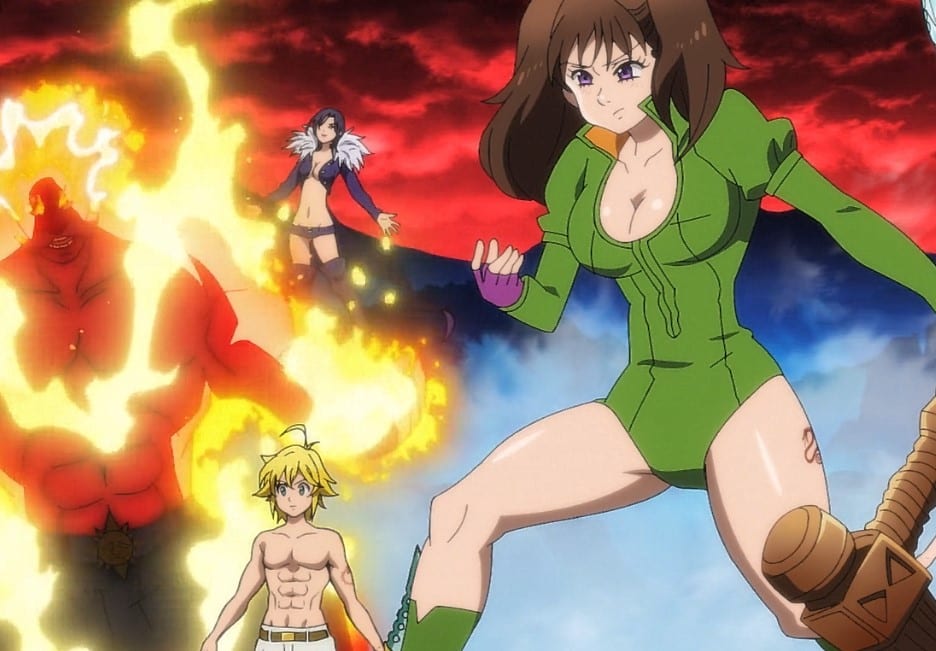 Merlin reveals that with Gowther’s Kill Switch, they can shut down the powers of the Demon King. She attacks with the Power Full Conversion, but the dark forces of the Demon King swallowed their attacks. Gowther comments that the Demon King won’t win since he cannot erase the feelings deep within their hearts. The Demon King asks his sons if they are abandoning him. He has noticed that those attacks have passed through his dark powers.

The Demon King begs Meliodas to stop since the attack might destroy Britania. Merlin told Meliodas to do it. Meliodas unleashed The Seven Deadly Sins Combo Move: Nemesis. The Demon King got defeated, and inside Purgatory, Meliodas talks with his father in a human form. Meliodas’s father told Meliodas that he would regret this and said the Age of Light and Dark would end. But Escanor vanished after the battle, and Meliodas said, sleep well, Escanor.