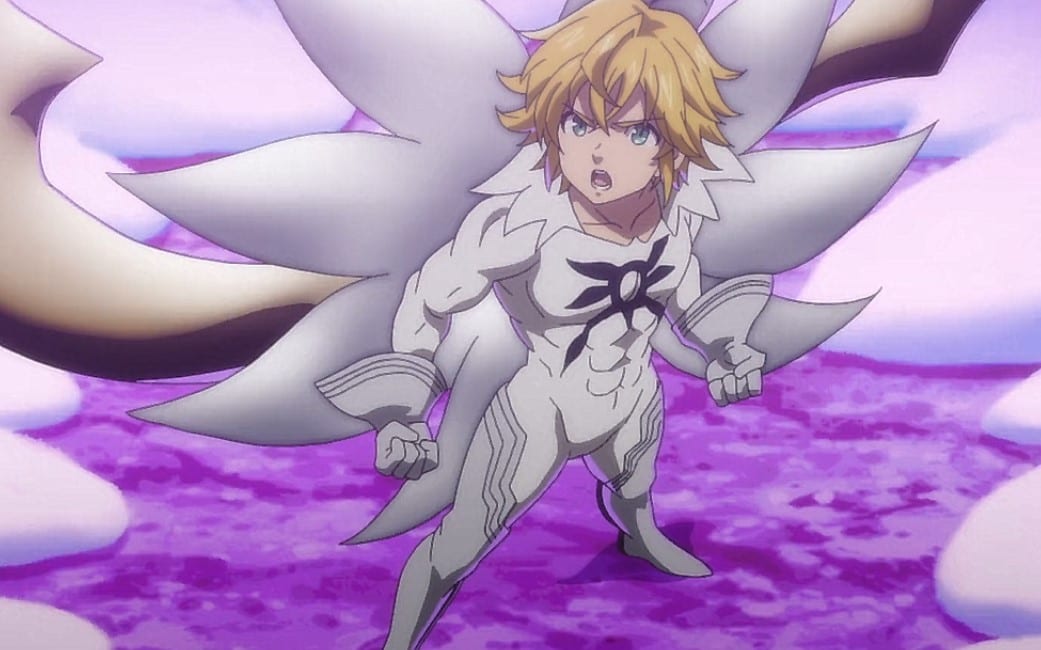 The war between humans and has recently ended with the Seven Deadly Sins defeating the Demon Race. They have also defeated the Demon King. But they have lost Ludociel in the process of claiming the victory. Meliodas has been saved from becoming the new Demon King. He sent the real Demon King to Purgatory and gained new powers. But the balance between the real world and the Demon Realm is unbalanced. The Sins realizes that it means that Meliodas will disappear.

Ban has discuses the matter with Elaine, who thought that Elizabeth is not aware. She thinks that Elizabeth will lose someone she loves wholeheartedly. The next day the Sins headed out and had a banquet where King Bartra asks Meliodas to become the new King. He reveals that he is getting old, and the nation needs someone who is strong and brings peace. Elizabeth refuses and reveals that she is heading to the Demon Realm with Meliodas. But on their way, Elizabeth seems to be smashed by a huge rock.

After being smashed by rock Meliodas and the others shouts Elizabeth’s name. All they can see is blood and a huge rock on top of the blood. But they are not sure that Elizabeth is the one who got smashed by a rock. Since Elizabeth leads the way, Meliodas and the Sins are worried if it is her. Before the incident, Bartra told Meliodas to take care of his daughter. After the incident, Merlin told the Sins, who were panicking, that Elizabeth is fine. She shows Elizabeth floating in the air.

It is her bag that got smashed by the rock and the red fruits plashed under the rock. Everyone is relieved that Elizabeth is fine, and she lands on the ground and says she is fine. Suddenly the Eternal Reincarnation is back again, and Meliodas changes his form, saying that he will end it this time. Diane comments that she thought Captain had put an end to that curse. Meliodas attacks the curse, and it disappears and appears again, and they started to wonder why.

Meliodas realizes that the power of the curse is on par with the power of the Demon King. He wonders why the curse is regenerating, and Escanor asks why only the curse of the princess has returned. Elizabeth reveals that his curse was cast upon him by the Supreme Deity. Bet Elizabeth’s curse is a different case, and Ban comments that it means the Demon King hasn’t kicked the bucket yet. Meliodas comments that it looks like that. 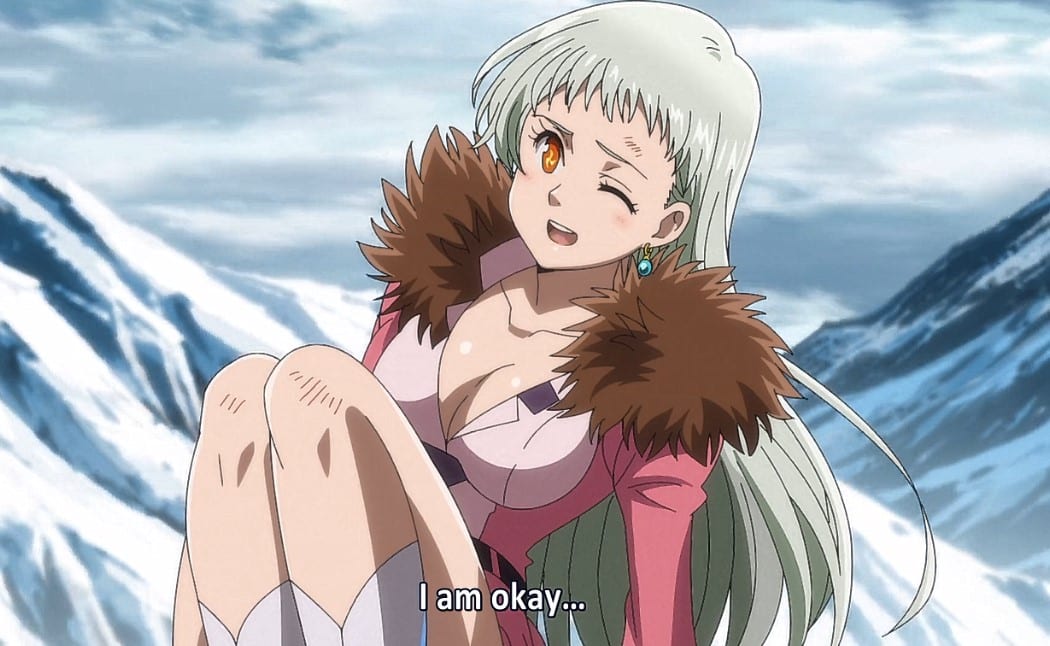 Meanwhile, the Demon King is somewhere with Cusack, and he is hosting Zeldris’s body. The Demon King told Cusack that he had done a good job. He comments that I’m still alive, Meliodas. Meanwhile, Hawks receives the news that the Demon King got resurrected. He asks Gowther if he is sure about what he is talking about or he is mistaken. Hawks comments that he saw Ban and Meliodas getting rid of that creep.

Merlin wonders who the Demon King has used as his new vessel. Gowther comments that it is impossible to make any animal or human into a vessel there. Most candidates cannot handle the Demon King’s power, and he might have possessed someone stronger than Meliodas. Later they find that the Demon King has taken over Zeldris and Meliodas encounters him. He told the Demon King in the form of Zeldris that Elizabeth and the Sins are important to him.