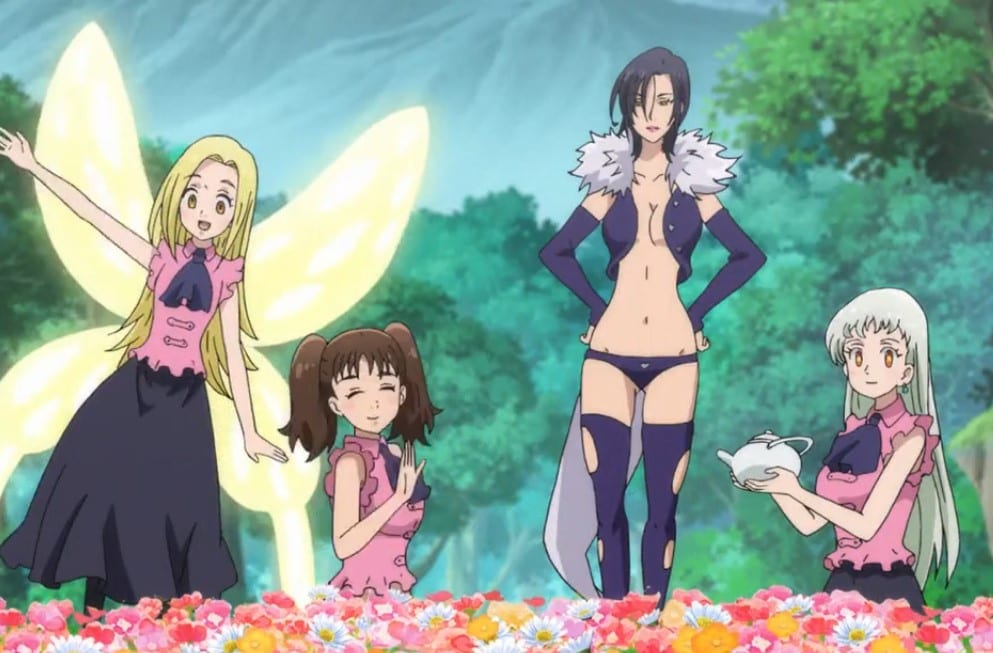 Meliodas transforms into a new being and breaks the curse with a single slash. Everyone was stunned and realizes that Captain has gained new powers. Meanwhile, at the city, the Demon Race retreat and King Barta wonders why they lost the will to fight. The Sins headed back to the town and met with Hawks. They reveal the truth about Hawk’s brother, who they met with inside Purgatory.

In the evening, Elaine asks Ban if it is true that Meliodas would from this world someday disappear. Ban replies yes, and reveals tha Captain decided to become the Demon King to save the Princess. Captain has used too much power, and the world tries to regain its balance by expelling the Captain. Elaine wonders if Ban can do something to stop Captain from disappearing. Ban reveals that Captan’s disappearance is something that can’t be stopped.

He wants Meliodas to decide for himself like he did when he revives Elaine. Elaine sheds tears that Elizabeth would be separated from the person she loves. She wonders why Meliodas can’t tell everyone that he will disappear one day. Ban comments that Captain won’t do that since he doesn’t want to hurt their feelings. In the morning, the Seven Deadly Sins heads out to look for food and drinks. They stop by Gil’s place and celebrate. They met with the boy that Meliodas saved when he arrives at this village.

The boy comments that their food is tasteless by they make good booze. He told Elizabeth and Melioday that they are still show off. He wonders when they would get married. Meliodas bonks his head, and Elizabeth said they would get married before him. Barta receives a birthday gift from Elizabeth. Barta told others that he would make a huge announcement during the banquet. He wants to see how Elizabeth would react. Meanwhile, Meliodas, Ban, and the others are at the forest hunting. 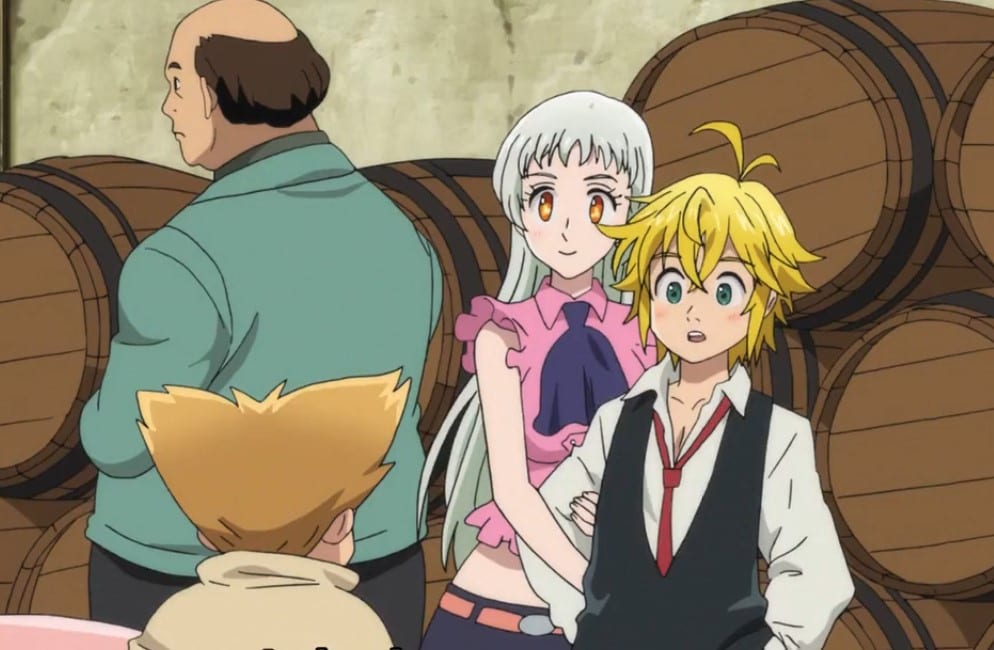 Meliodas battle with a huge owl and defeated it. As the Sin of Fox Ban decided to go for an easy meal. He manages to fill a bucket with different fish. Escanor failed to capture the bull in his real form, and Gowther uses his spell and puts the bull to sleep. King is thinking about Diane. He thinks that if the Queen of giants joins forces with him, they will produce a new era for giants and fairies.

He thinks that he might confess his feeling to Diane tonight. Escanor asks Meliodas if there are still continuing to be the Seven Deadly Sins. Meanwhile, the girls talk about having kids. Diane thinks Elizabeth will have a son that Meliodas would love so much. Elaine realizes that Meliodas has not told anyone the truth. Diane shed tears and wonders if Captain won’t disappear.

Elaine realizes that everyone knows about that, and they are pretending not to know. Merlin comments that they want to talk with the captain. But it is hard for them to bring that topic since the war has just ended. Elizabeths said that she knows that Meliodas would disappear from this world, but it is okay. Meliodas told Ban and the others that when he disappears, he will go to the Demon Realm.

He told them not to worry since the Demon Real is his homeland. Hawks worries if he has told Elizabeth, and he said it is hard to tell the one he loves that. Later, Barta asks Meliodas to become the king since he is getting old. Diane refuses and reveals that she is going with Meliodas to the Demon Realm. On the way to the Demon Realm, a stone fall from above, and Meliodas shouts Elizabeth’s name. All they can see is blood, and everyone is shocked.