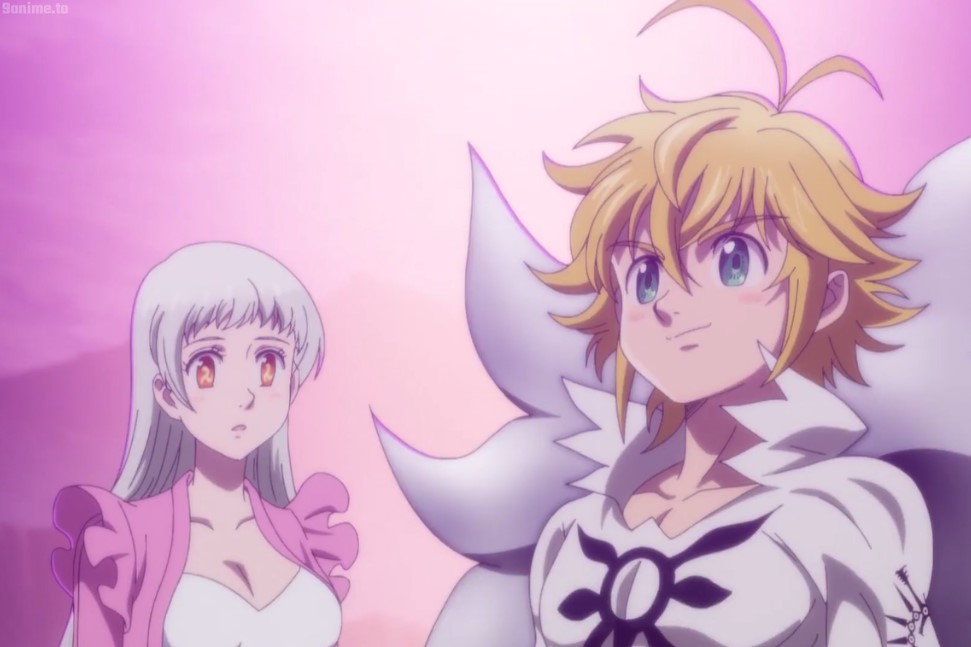 Ludociels body started to vanish, and aks Mael to tell him what has just happened. Mael reveals that the Demon King is defeated, and the threat is over. He comments that all thanks to the Seven Deadly Sins. The Sins have accomplished something that no one else could. Ludociel comments that Mael is naive if he thinks that the Holy War is over by defeating the Demon King.

Ludociel reveals that the pain and fear that the Clan of Goddesses and Clan of Demon Race gave to the people has not yet ended. Elizabeth also talked with Ludociel, who said that he was able to help this little. She thanks Ludociel for protecting many lives as his body continues to vanish. Suddenly Ludociel’s body vanishes completely as Meliodas and the others watch.

Elizabeth comments that Ludociel will rest in peace. As a member and leader of Archangels, his soul got sent to heaven. Meanwhile, on the other side, the battle between humans and demons continues. The demons want to kill his Highness, and Slader is trying to protect him. He told the red demon that he wouldn’t let any of the demons lay a hand on Barta. The demons unleash a powerful blast, but they stopped attacking. Slader wonders why they stopped fighting, and they are withdrawing.

Barta thinks it is a miracle since the Demons are retreating. Meanwhile, at Camelot, Escanor comments that Ban and the Captain have returned. There is no need to worry about anything. He has noticed that everyone is so gloomy and asks them why they are showing those faces. King comments that they are happy that Ban and the Captain have returned. But the main problem is not yet. 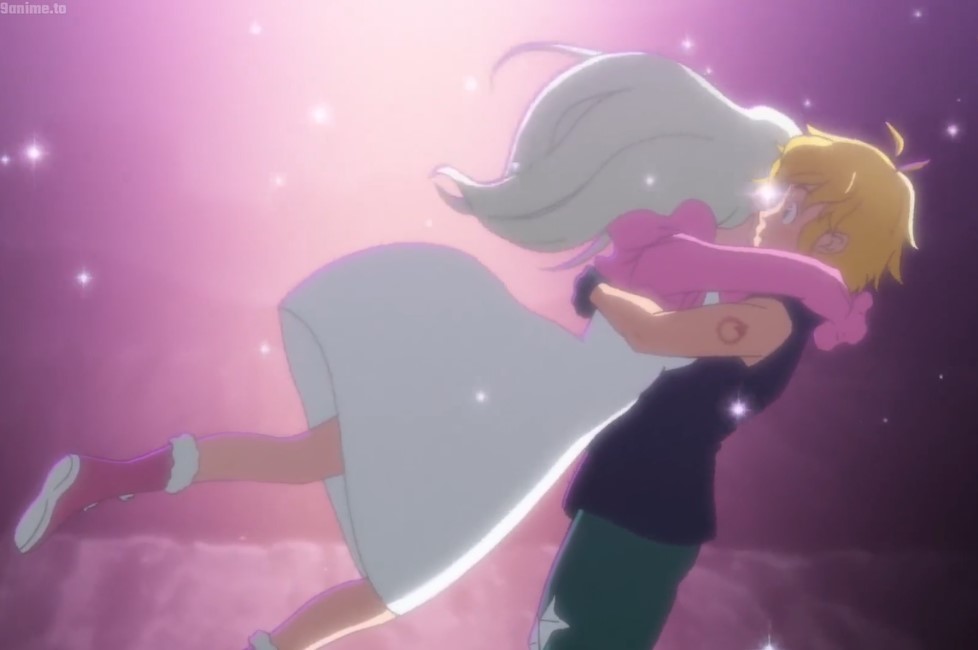 Merlin reminds the sins of Elizabeth’s curse, and Escanor realizes that why everyone is sad. She reveals that before Elizabeth’s curse took effect one day ago, they have already lost the method to break it. Elizabeth heads towards Meliodas, and they both look at each other. Merlin continues to say that the Captain tried to gather the Commandments to break the curse, but they could not obtain it from the Demon King. Elizabeth got closer to Meliodas and started to embrace him.

Diane is worried that Elizabeth will die, and everyone wonders if this is the final goodbye. King tries to console Diane and Elizabeth said they have already talked about her curse. She also said she is fine since Meliodas has returned to normal. Elizabeth reveals that if Meliodas has been the Demon King, they could have never met again. She also said that if she dies, when will she reincarnate. No matter how many times she dies, she will keep on reincarnating.

Merlin asks her if she is sure about not breaking her curse since it was her wish in the first place. Meliodas instincts click, and he reveals that there is a safer way to break the curse. Everyone is surprised, and he reveals that he had gained that power when he came out of Purgatory. Ban realizes that Melodas has finally got his true magic.

Meliodas unleashes his new form and breaks Elizabeth’s curse with the help of Merlin. Meliodas comments that this is the end of their journey. Elizabeth replies that it is the beginning of the new one. Later they headed back to Leonas and told Hawks that he has a brother named Wild. Ban and Meliodas enjoy singing a song they used to sing with Wild.