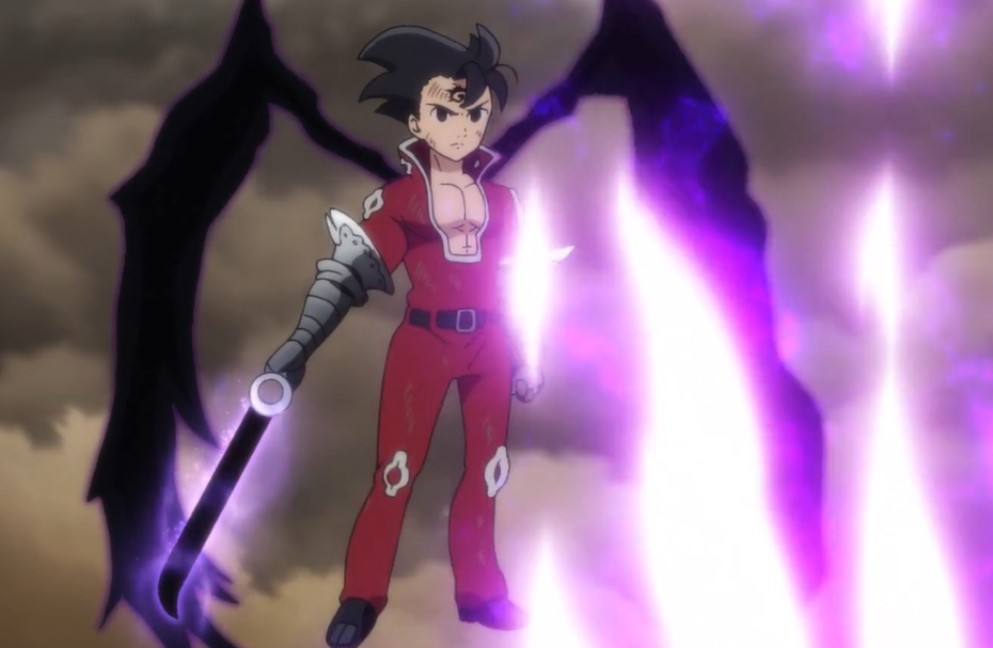 When he looks back, he saw Elizabeth and other Sins. Meliodas wonders how they get inside here. He asks them if he is dreaming and how they get here. Merlin replies that it is not a dream; this is their astral form. Escarnor and the others shed tears since they have found that Meliodas is still alive. Diane comments that it is their Captain, and King told Meliodas that Ban is fighting outside. Elizabeth told Meliodas not to give up; they are his strength. Outside, the Demon King is angry receiving blows from Ban.

The Demon King asks Ban, who is on a neck choke, how they manage to interfere with his mind. He looks back and realizes that it is Gowther’s power that is making the Seven Deadly Sins interfere with his mind. Ban comments that he must not underestimate The Seven Deadly Sins. The inner Demon King also notices that Gowther is messing up with him. Gowther reveals that they are here to give Meliodas strength, but they cannot battle. Meliodas and Elizabeth embrace each other, and Meliodas comments that he looks older. 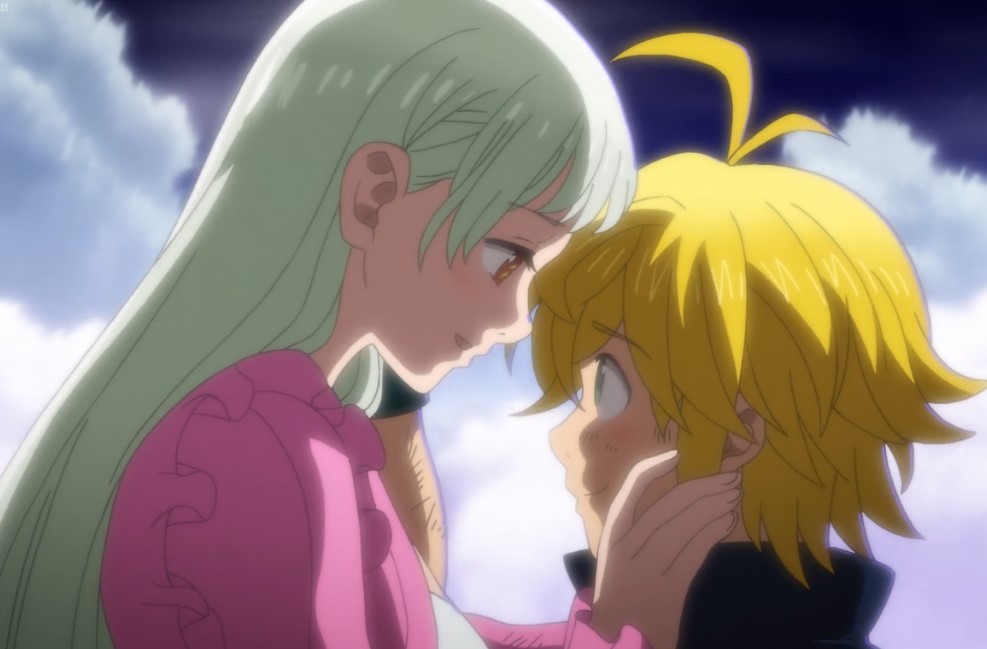 He reveals that he has spent over 1000 years in Purgatory. Elizabeth replies that she loves Meliodas. The Demon King attacks before Meliodas respond. But Meliodas was powered by Elizabeth’s love. He clicks his fingers and pins the Demon King with the ground. The Demon King is stunned how did Meliodas pull the one. He gets up and asks Meliodas if he did that to him. Diane and the others are surprised that the Demon King is bleeding from just a click of a finger.

The Demon King asks Meliodas where did he get that power. Meliodas reveals that their presence and Elizabeth’s love give him more strength and power. He told the Demon King that he has no chance of winning. The Demon King is surprised that his son is thrashing him. Meliodas makes him fall on his knees, and no one has ever made the Demon King bow. Outside Purgatory the Demon King possessing Meliodas body can’t believe that he cannot win.

He started to lose his mind and decided to attack Gowther, who uses his mind control powers to interfere with the Demon King’s mind. The Demon King comments that he will cut that source of power. Mael and Ludociels jumped in and said it is not happening. The Demon King told them that they are mere Archangels to stand against a god. 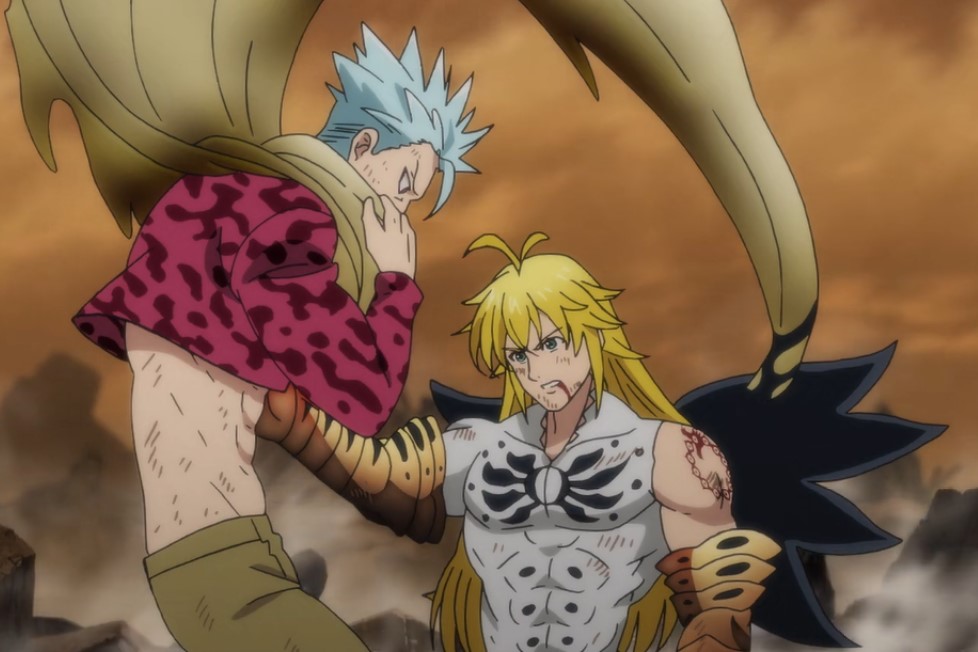 The Grieving Sage continues to attack Ludociel’s side. But his shield is keeping up with the attacks. Zeldris joins the battle and stabs the Grieving Sage on its forehead. He is siding with the sins since his father has betrayed him. Zeldris told his father to stay out of this, and he has a business with Meliodas. He asks his father if he knows about his relationship between him and Gelda.

The Demon King reveals that he has sealed the vampire race away. He knows that Zeldris would steal the throne and create a world where everyone could live in peace. After a long battle, the sins manage to seal the Demon King inside the Triple Prison. Ban landed a final blow that brought Melodas back, and the Demon King is sent back to Purgatory.

Read about the battle between Ban and the Demon King here on Seven Deadly Sins Season 5 Episode 12.