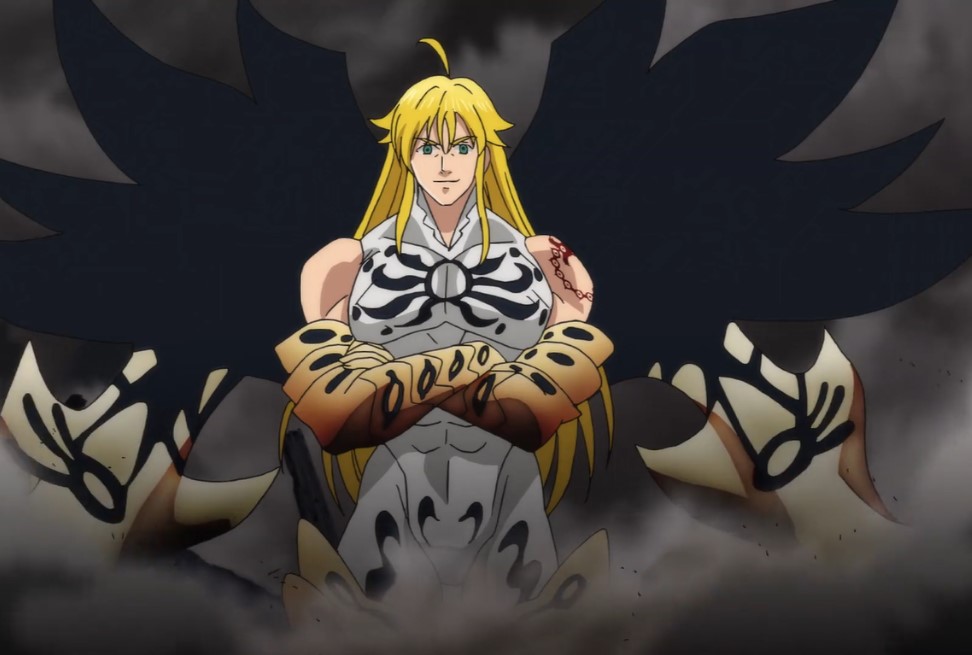 The battle in Camelot continues the Sins thought they had defeated Zeldris. At the same time, Marlin’s Chrono Coffin was completed. It seemed that the demonization of Meliodas was stopped, and the Holy War ended. They also thought that they have managed to stop the birth of the new Demon King. But Zedris smiles and calls someone who is in the dark the Demon King. He also told the Demon King to keep his promise. Zeldris is glad that Gelda will be revived. The Demon King comes out in the light.

He comments that he had a hard time and calls out Elizabeth and the Seven Deadly Sin’s name. Elizabeth asks the Demon King if he is Meliodas. Meanwhile, on the other side, Ban has just reunited with Elaine after defeating the demons. Elaine told Ban to go and help Meliodas and the others she will be waiting for him.

In other news: Redo of Healer Episode 11

Ban vanishes using his teleportation. Back at Camelot, Zeldris looked at the Demon King and said, Meliodas, I kept our promise, tell me where Gelda is. The Demon King asks Zeldris if he is still tied up with the vampire girl. Diane notices that the Demon King sounds like Meliodas. Hawk comments that Meliodas will never call him a weird beast. Ludociel comments that he cannot believe that someone like that will show up. The Sins are surprised since they can’t figure out who is standing in front of them. 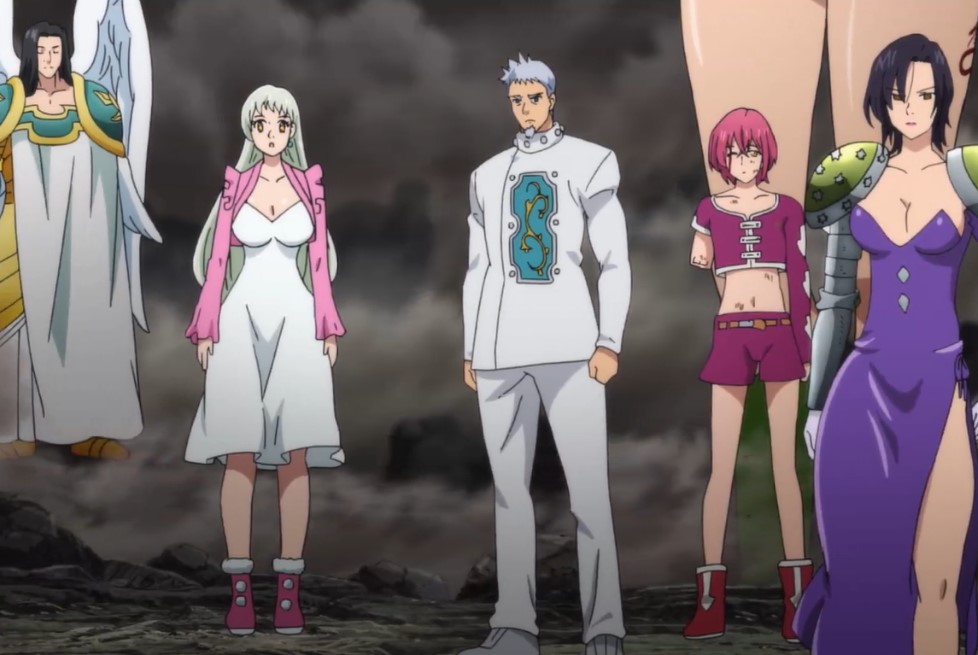 Zeldris asks the Demon King why he is in Meliodas’s body. He realizes that it is his father who has taken over Meliodas’s body. Zeldris reminds his father that he promised that he would make Meliodas the new Demon King. The Demo King asks him if he thinks he could give up the throne to such a traitor. He reveals that what he wanted was a new young, strong body.

The Demon King reveals that the Commandments are fragments of his powers. Meliodas had to get them all and become the Demon King, but he is the new vessel. Elizabeth told the Demon King to get out of Meliodas’s body. Hawk comments that if he is his father, he can do something for his little son. The Demon King replies that it is a father’s duty to fulfill the son’s wish. He told Elizabeth to break Rinne’s curse, which is on her. If not so he is going to kill all of them in the most ruthless way possible.

He said that is when Meliodas will react when he sees their corpses. The Demon King asks Elizabeth if Meliodas will lose hope in living if he can’t see her. Or will he thank him for freeing Elizabeth from her curse? The Demon King comments that both stories sound good for him. Elizabeth got shocked, and the Demon King was about to slay her with his blade. Gowther jumps in and takes Elizabeth to safety. Merlin created a Perfect Cube and protected everyone. But Hawks is left outside. 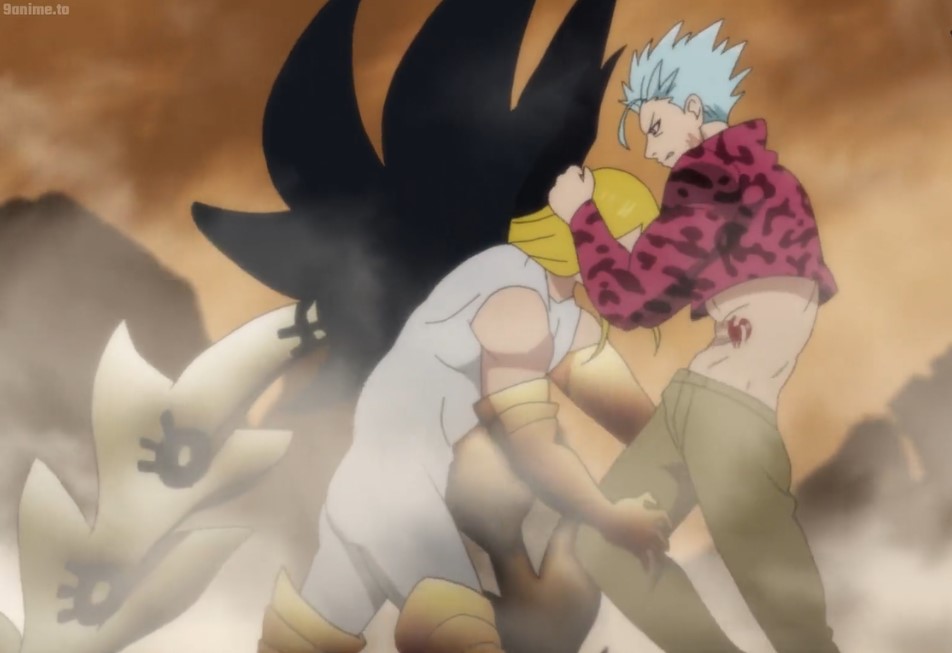 Merlin told King and Diane that magic attack power doesn’t work on the Demon King. Diane attacks with her weapon, but all of her attacks went to waste. King attacks with Spirit Spears that got repelled. Mael joins the battle, but it was of no use. He notices that the Demon King is defending their attacks without moving. The Demon King attacks all of them with a single blow. The Sins got sent flying, and the Perfect Cube is destroyed. King realizes that his magic is at its limit after the last battle.

Ban reveals that he has used the fountain of life to revive Elaine, and he is no longer immortal. The Demon King started to get serious since he has noticed that Ban is a real deal. He told Ban that this is the power of God, and he created a storm that started to blast everything in Camelot. Ban exchanges blow with the Demon King inside the storm. He landed multiple flying knees to the Demon King, and the storm stopped. Meliodas is also fighting with the other version of the Demon King inside Purgatory, and he heard Elizabeth’s voice.