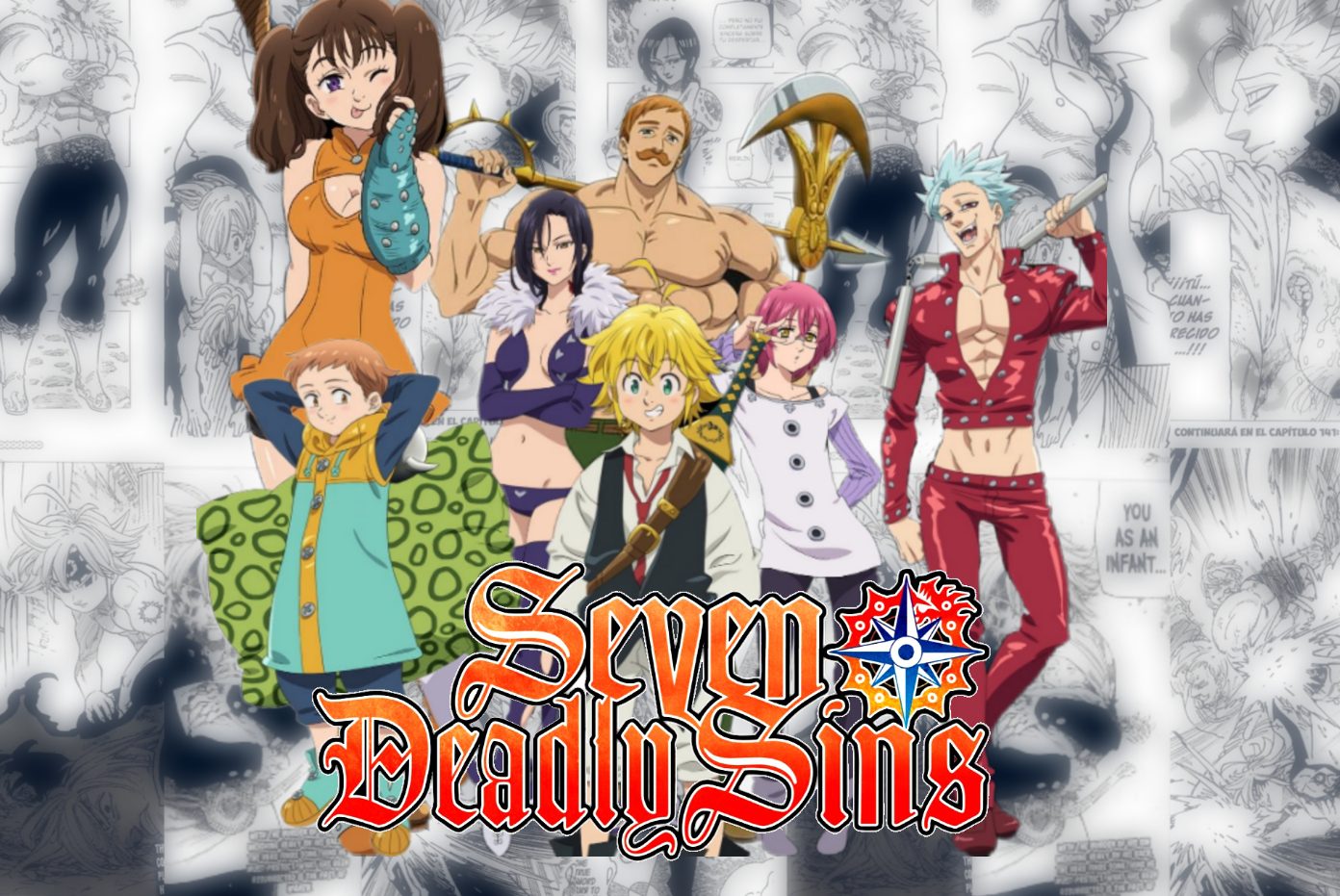 From the pockets of the fantasy genre, Seven Deadly Sins is one of the most popular manga series. The anime adaptation has several fans falling in love with the characters. However, those keeping up with the manga know the terrible fates of these characters waiting ahead. Seven Deadly Sins has always been a unique story by Nakaba Suzuki. It began serialization under Kodansha’s Weekly Shounen Magazine in 2012. The source manga concluded back in 2020, and a sequel manga started getting serialized from January 2021. A month before its conclusion, Nakaba Suzuki sensei updated his readers about the series’ upcoming end. The Seven Deadly Sins ending conflicted with its readers in several ways. If you have kept up with the manga, you must have had a few questions regarding its ending as well.

It’s been more than a year since the manga concluded, and not many fans were happy about how it ended. The last chapter of Seven Deadly Sins was updated in the 17th issue of the Weekly Shounen Magazine, which came out on 25 March 2020. 346 chapters of the serialized manga were compiled into 40 volumes, each of which was translated and uploaded digitally on Crunchyroll. If you kept up with the manga till the end and are still confused about the ending, we got you covered. Here are the complete Seven Deadly Sins ending explained to help you understand how the endgame went.

Are you planning to read the manga again? Make sure to check it out on Crunchyroll to support the original creators.

The manga’s ending brought several sad tears along with it. The final arc, titled the King Of Chaos arc, concluded the story of the Seven Deadly Sins. Of course, the story meets its happy ending but not before dropping by a big climax.

The King Of Chaos Arc

Shortly after the defeat of the Demon King, Merlin got together the rest of the seven deadly sins. She revealed to them her secret agenda, which was to break the seal on Chaos. The Chaos was an ancient and extremely powerful entity that existed within the deceased Arthur. It can resurrect King Arthur. However, Cath unexpectedly reveals himself to be a monstrous creature who craved the power of Chaos for himself. He even tries to devour Arthur to gain that power. Hence, the seven deadly sins come together to help Merlin and Arthur to save the recently founded peace in Britannia.  Arthur and Meliodas join hands to defeat Cath Palug, but the monster scoffs that he can’t be killed. He declares that to gain the power of Chaos, he will devour Arthur. When Cath attacks Arthur, the latter realizes that he finally found a way to defeat the monster. 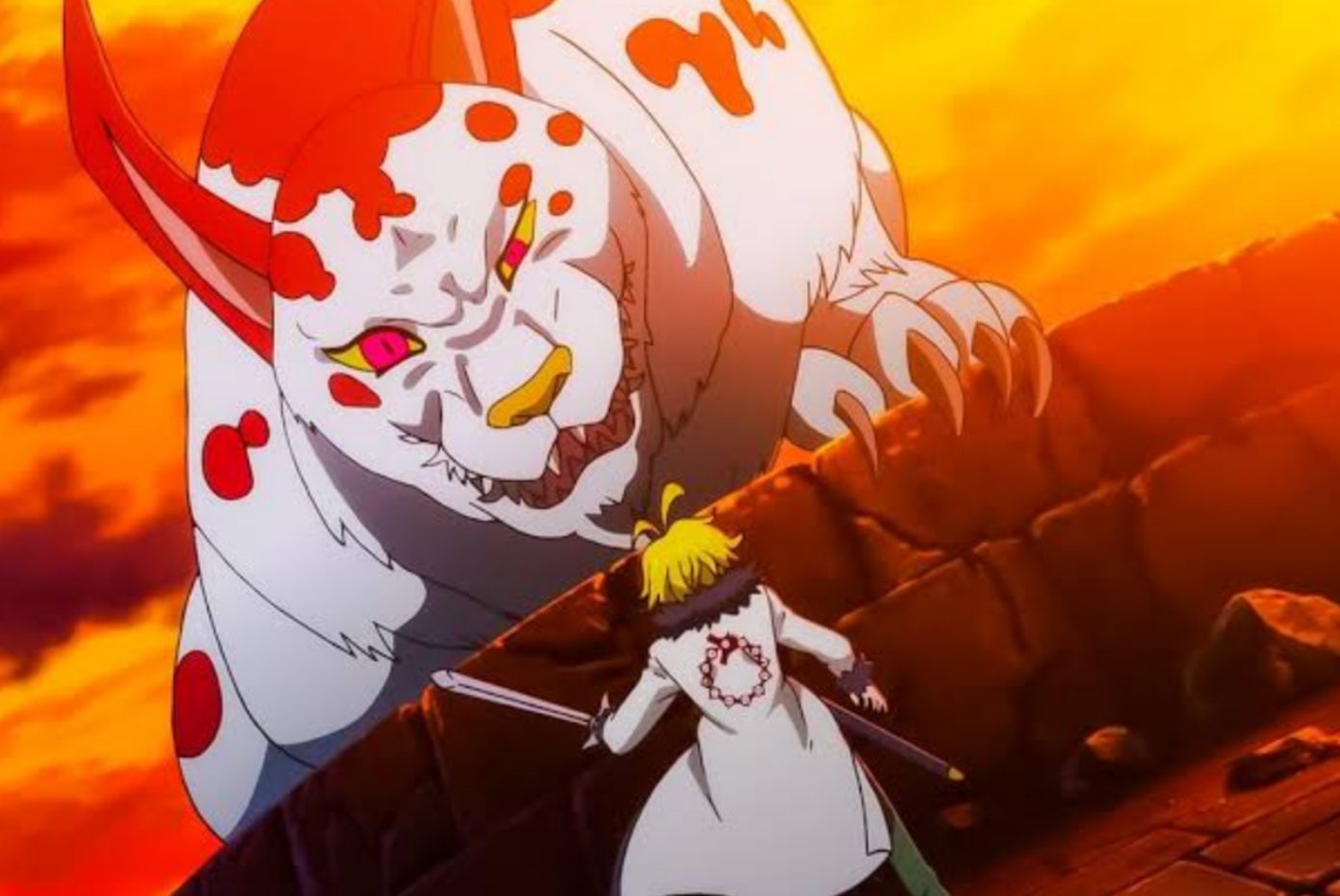 The Defeat of Cath

Arthur points out to a mocking Cath that the only one who will be devoured is Cath himself and thus, unleashes Chaos trapped inside of him. Chaos creates a dimension so strong that it begins to absorb Cath. Arthur further says that if he can’t defeat Cath, he can very well let Chaos absorb him, and at the same time, he will recover the invoked Chaos.

Cath says that he is the only one who is deserving of Chaos’s power since being the direct offspring, the power belongs to him. Arthur questions what was his purpose to get the power, to which Cath replies that he wants to destroy everything. This means that Cath’s intentions are nothing but desires to destroy everything that was inherited from Chaos. Cath also lets Arthur know that creating a kingdom is a stupid idea since nothing ever lasts forever and that a kingdom creation is quite the opposite of what Chaos is meant to do. Hence, Arthur declares himself to be the King of Chaos, and Cath is completely absorbed by Chaos, thus ending his existence. 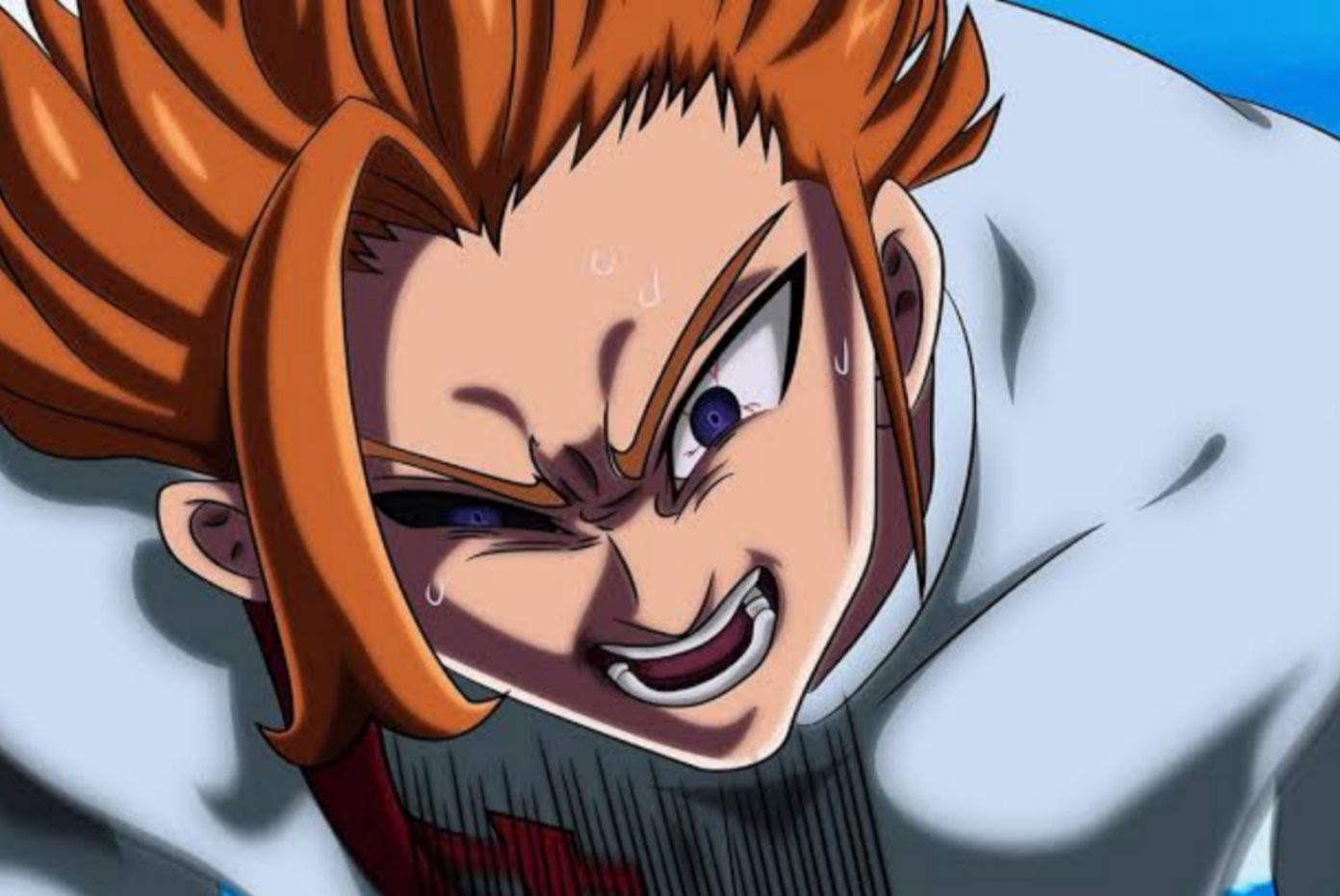 The King of Chaos.

How Does Meliodas Defeat The Demon King?

The Demon King was no power to be taken for a joke. He was by far one of the strongest and thus the most exciting villain of the story. Previously, he was an undefeatable force. Meliodas and Ban had a lot of trouble facing him, but by the end, he was not only defeated once but twice! How did that happen? The Seven Deadly Sins ending justifies Meliodas’ “escalation of power” as the power of friendship. Here’s a proper walk-through to help you understand better! 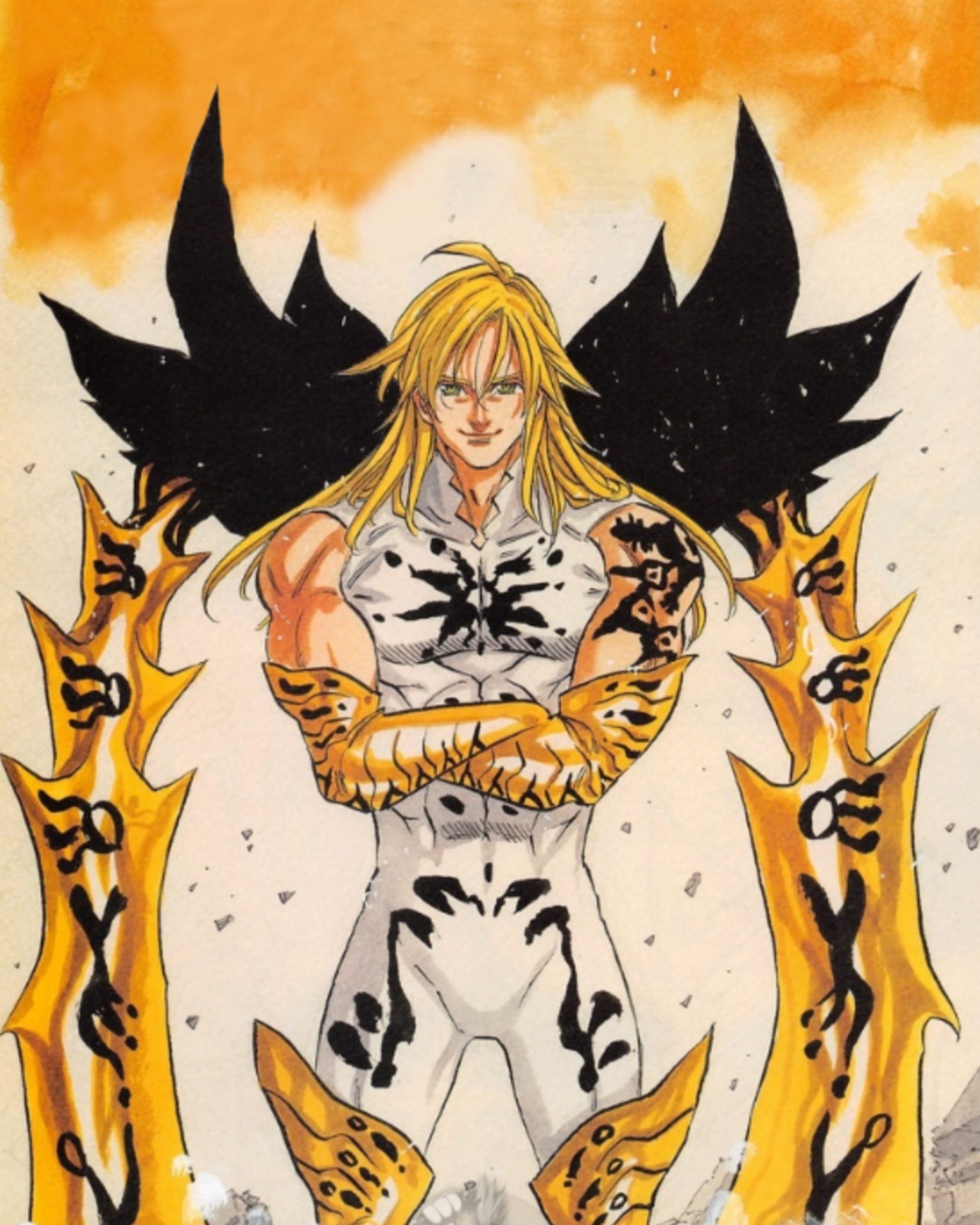 The presence of a secret power

The major speculation is that Meliodas has an innate magic power which even he himself was scared of losing. The reason behind it is that such powerful magic would come with greater and more drastic consequences. Hence, Meliodas did not want to use his magic until it was absolutely required of him to do so.

The magic granted him the ability to be powerful enough to be equal to the demon king. Of course, this can be because he was the king’s son.

However, even with the strength he had, the cost of using this great power comes with the same consequences even after being the demon king.

Because of the extent of his magic, Meliodas could not ever stay within the world of Britannia for more than just one day. This meant that once Meliodas (even though forcefully) used his magic ability to save lives of people, he was compelled to throw away the future he had thought of with Elizabeth. Thereafter, he could have only one day to spend with her before he was pushed away from her for the rest of the eternity.

The power of Friendship

Moreover, it is also worth noticing that the Demon King was also very powerful. He was close to beating Meliodas once he was capable of activating the magic power. The second fight, however, was more about how Meliodas fought the Demon King’s spirit when it possessed Meliodas’ body. This also showed us that the Demon King’s spirit was weaker inside Meliodas’ body as compared to the former’s strength in the purgatory. This is the reason why Meliodas was winning. Meliodas was powerful from the beginning, but when the Demon King convinced him into believing that Elizabeth was dead, he grew weak because of his emotions and despair. It was his friends who gave him a boost further to fight.

Finally, the Demon King and Cath Palug were defeated, and Britannia became a peaceful regime. The Seven Deadly Sins part ways in the SDS ending. As the next generation takes over, we progress towards the story of the sequel story: Four Knights of the Apocalypse. 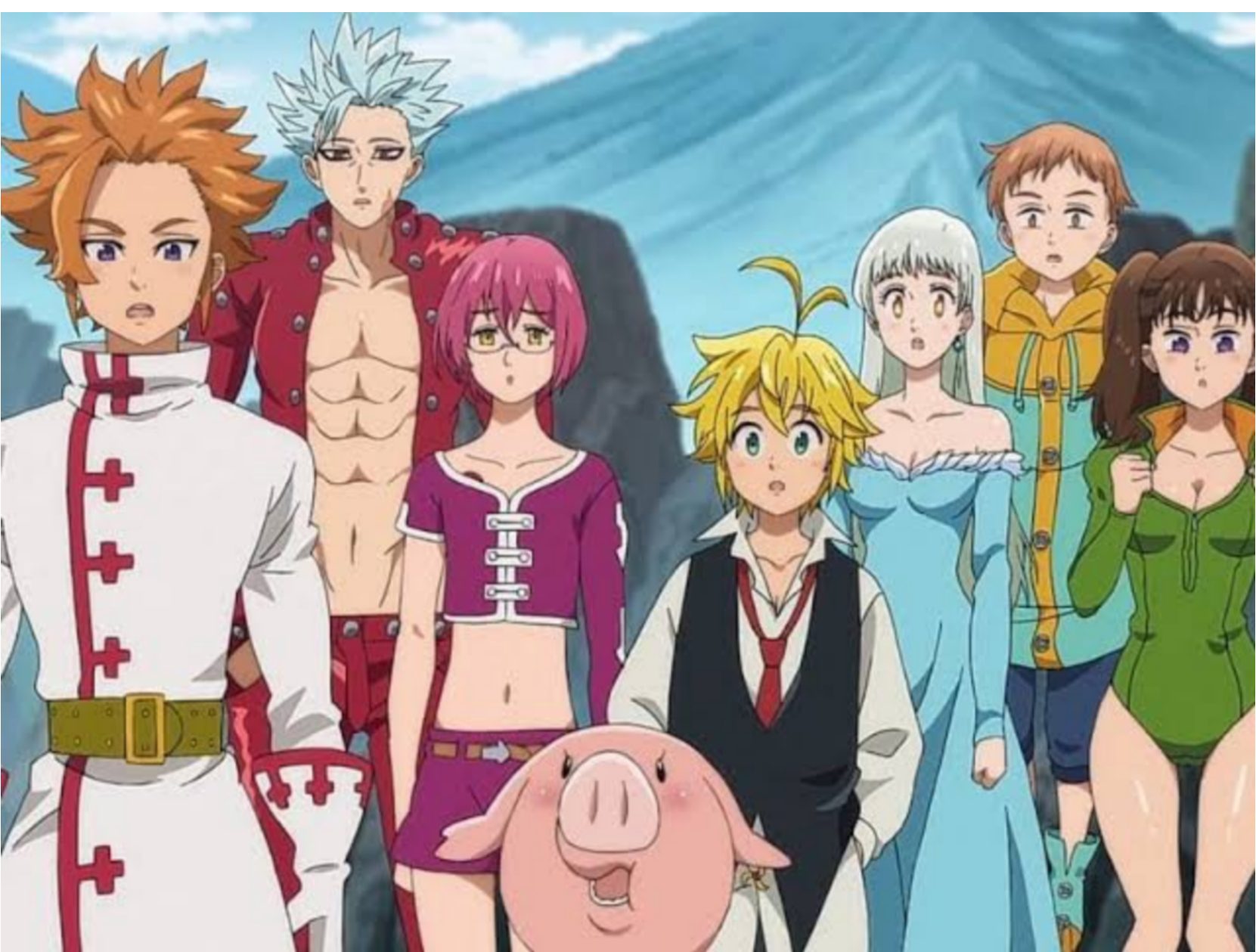 For a story that was built with unique possibilities, the Seven Deadly Sins ending came off as rather generic and bland. Until the Demon King’s defeat, the story was going pretty good, if not brilliantly. However, bringing in Chaos felt too tedious and forced for the story. Seven Deadly Sins has been appreciated by several fans on several accounts. However, even for big fans of manga who once wanted the manga to go on forever, the ending felt too dragged. The Demon King had been the antagonist for a pretty long time. He made a pretty great antagonist too. It would have made sense for the manga to conclude there, but it was rather left to hang around a little more aimlessly for no apparent reason. 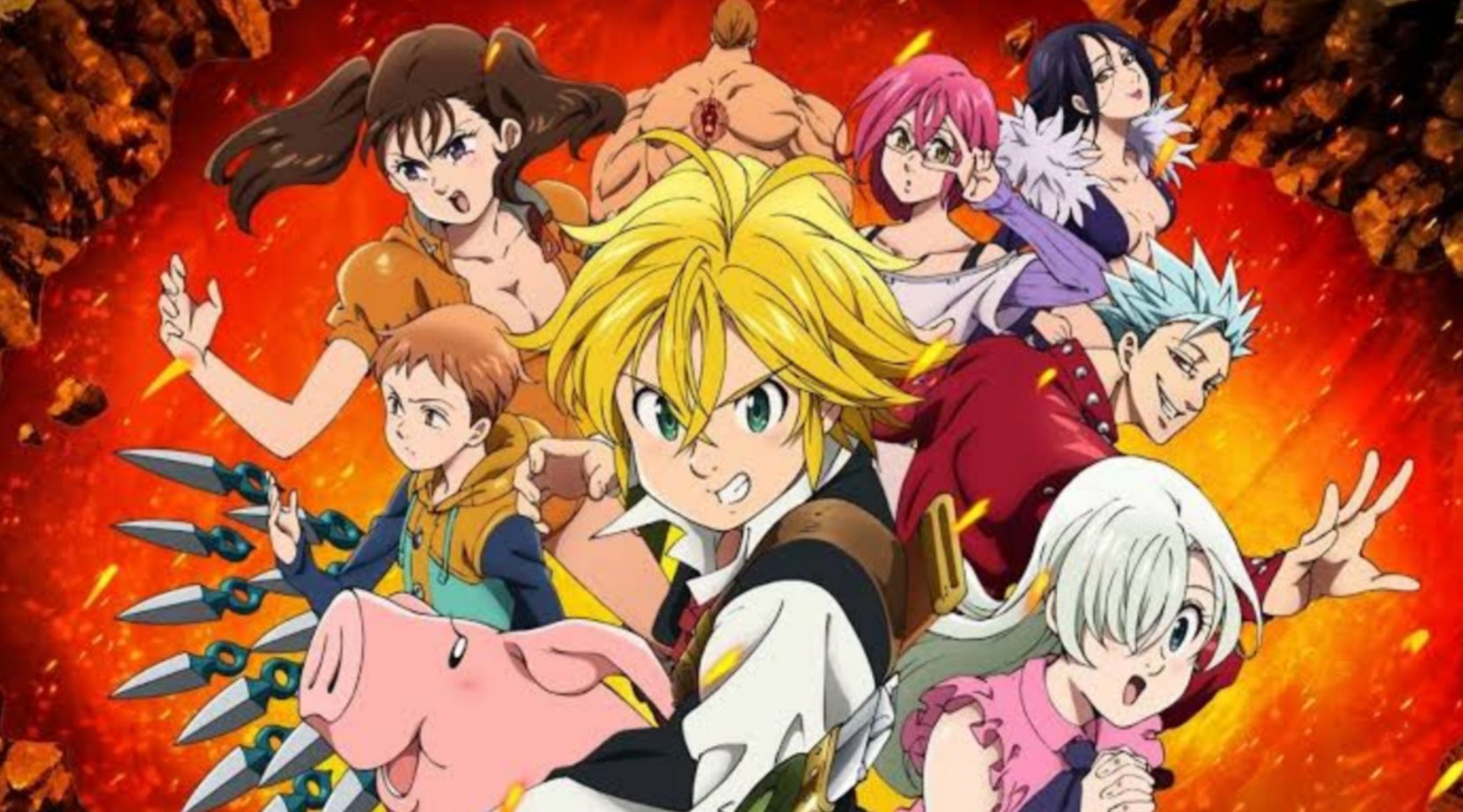 Being a critic is not something I do very well. Truly speaking, the last arc had some good twists too. Chaos made a decent villain too. Though her appearance after the Demon King, who was supposed to be the last boss, made things low-key tiring. While Escanor’s death made me cry silent tears, I would also add that a dramatic death definitely added on to the development of the story. Even if I were to be positive about the last arc, I would continue to feel that several parts in the Seven Deadly Sins ending were dragged forcefully for fan service and attention.

Despite the mixed review, Seven Deadly Sins was an entertaining story, and I would recommend it to anyone who enjoys a good Shounen fantasy story.

Also Read: Where and How to Read My Hero Academia Manga?