Only a few days are left for the Seven Deadly Sins movie to come out, but the creators continue to spoil the fans with new updates. The story for the movie has been written by the original creator, Nakaba Suzuki. For fans of the series, this is a piece of big news and extremely overwhelming to receive a movie right after the end of season 5. Seven Deadly Sins season 5 ended on 24 June 2021, leaving back good and bad memories. Now, the movie raises more hype for fans. Prior to the release of the 24th episode, the Seven Deadly Sins: Cursed By Light new poster was uploaded. The poster is enough to make fans more curious about the upcoming movie, making waiting even tougher.

The new movie will bring back all the old casts and staffs but at the same time introduce new plotlines. This is the second movie of the franchise. Seven Deadly Sins: Cursed By Light is coming out soon in Japanese theatres. Its international release details are still to come out, so that’s yet another tragedy for all fans overseas. A few days back, a new promo was also introduced, teasing fans who have been anticipating its release. Seven Deadly Sins is all about cherishing the little moments like those shown on the promo. However, in the Seven Deadly Sins: Cursed By Light new poster teases new details of the anime that have left fans in awe.

Here are all the details about the Seven Deadly Sins: Cursed By Light new poster and promo.

The Holy War, in which four races, including humans, goddesses, fairies, and giants, fought with the demons is over, thanks to the Seven Deadly Sins, led by Meliodas. Although the life of Escanor was exhausted, the demon king was defeated, and the world regained peace. After that, the Sinners were on their way.

Meliodas, while traveling with Princess Elizabeth to a place of memories, accidentally reunites with his younger brother, Zeldris. The Sin of Sloth, King, and Diane, the Sin of Envy, are to get married. At the wedding ceremony, surrounded by blessings, there are also the appearances of Ban, the Sin of Greed, and Gowther, the Sin of Lust. As Dianne appears in a dress, a rumbling sound is heard echoing in the forest.

“Punish the Seven Deadly Sins that ruined the Holy War and those who contributed to it. “

An army of fairies and giants ambushes the peaceful land. “Second Fairy King” Dahlia and the “Giant Master Craftsman” Dubs lead the army. What is their purpose?

Chaos spreads through the lands where once peace resided, rumbling with the threats of a conspiracy. What is the future ahead of the battle between light and darkness? Can the cursed world have true peace? Once again, the Seven Deadly Sins reunite to rebuild peace. 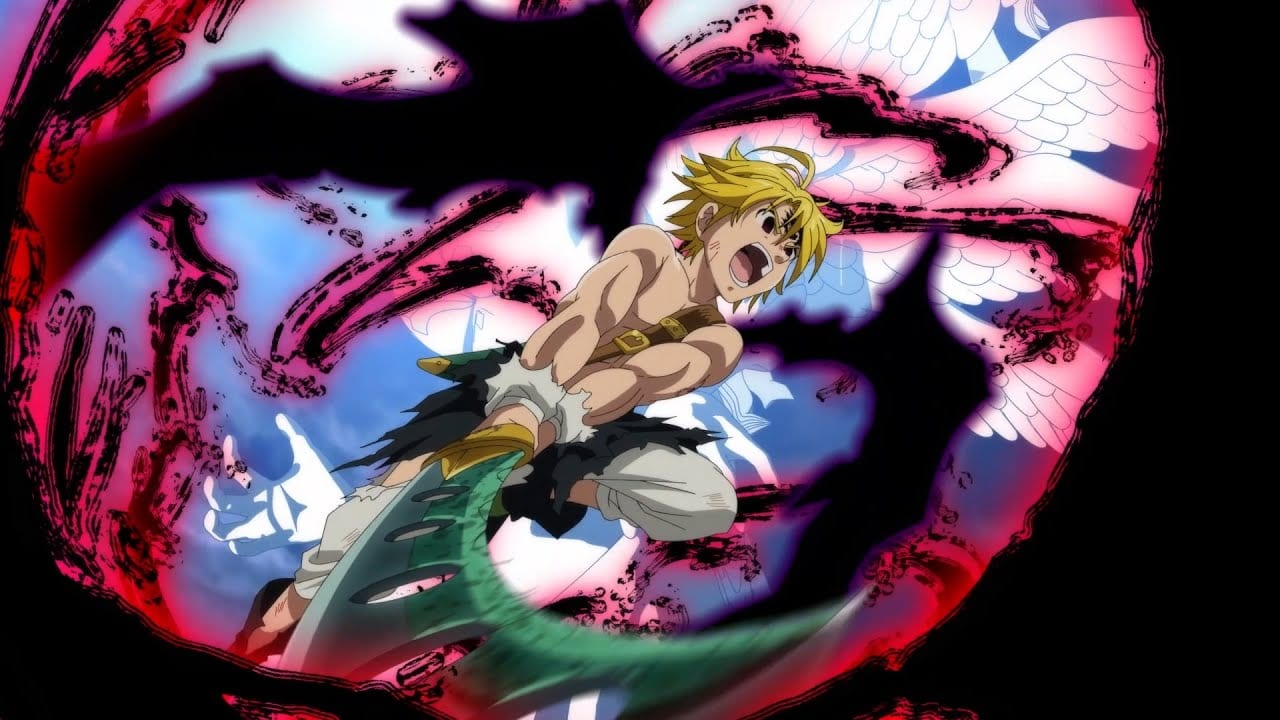 A new poster for the movie was uploaded on 23 July 2021. The poster brought a surprising illustration forwards. It features Meliodas and Elizabeth holding hands with their son, Tristan. Tristan is to be the Prince of the  Kingdom of Liones. Clearly, the movie will be giving us the first look at the child of the protagonists.

Seven Deadly Sins: Cursed By Light is scheduled for a theatrical release on 2 July 2021. Its Blu-ray release date will probably come out a few months after the movie release. Following it, streaming sites might as well receive streaming rights to the movie. The movie will bring back Yuki Kaji, Sora Amamiya, Misaki Kuno, Aoi Yuki, Tatsuhiha Suzuki, and Jun Fukuyama to voice the roles of Meliodas, Elizabeth, Hawk, Dianne, Ban, and King. Takayuki Hamana is directing the movie and produced by Studio Deen. It will be distributed by Toei Company Ltd.

The theme song of the movie is ‘Sono Saki no Hikarie’, performed by Akihito Okano. Further information about the anime film is available on its official website.

A new promo of the Seven Deadly Sins: Cursed By Light was uploaded on 18 June 2021. It featured Zeldris and Gelda. We can also see Meliodas and Elizabeth in the promo.