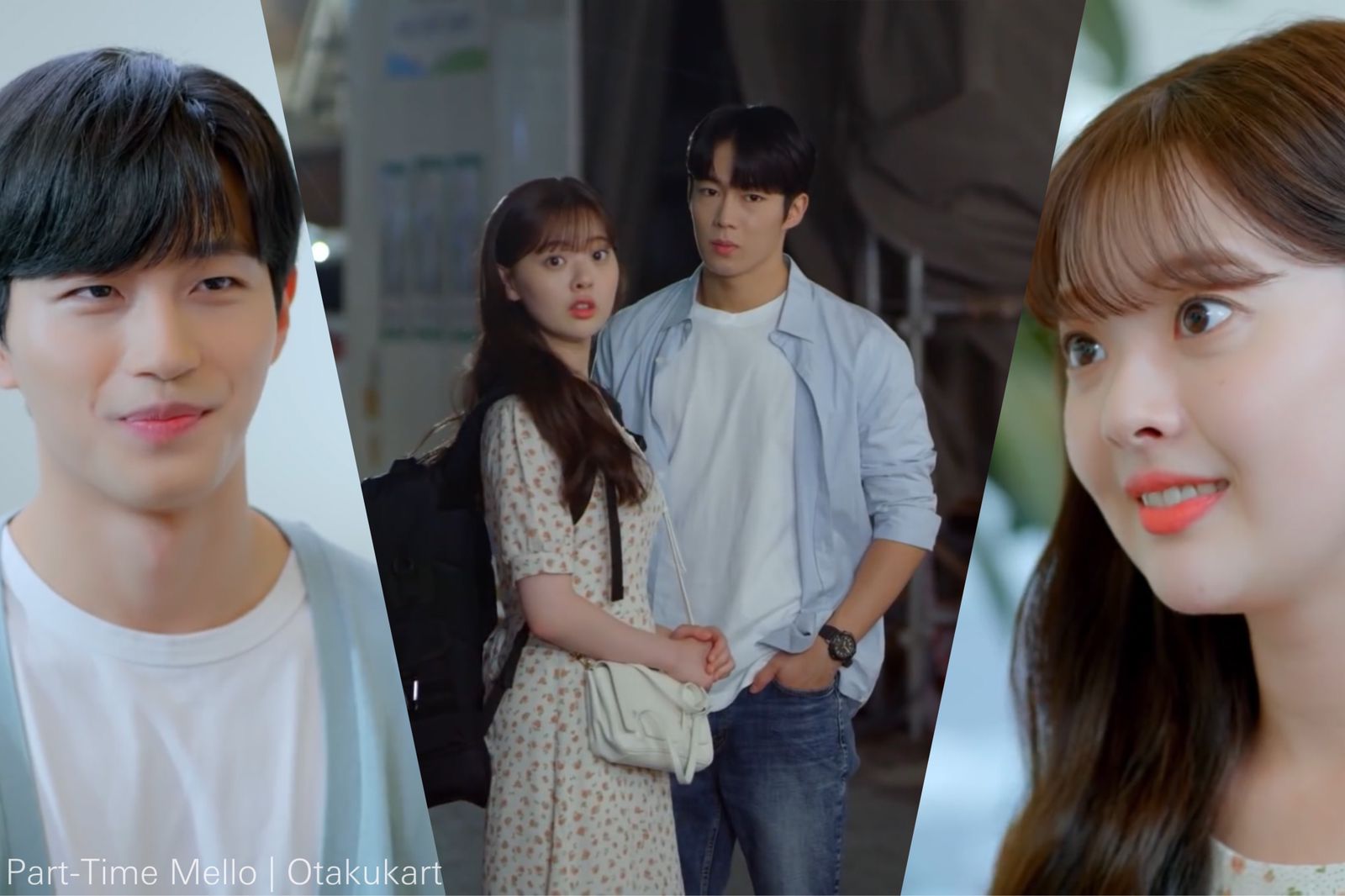 The preview for Episode 7 of Part-Time Mello left fans unable to contain their curiosity. With each episode giving us romantic moments galore, the viewers can’t get enough of the chemistry between the characters. Starring idol actors Dawon of SF9 and Lee Eun Sang, this sweet rom-com follows the story of bubbly Boo Seul-Mi at the place she does her part-time job. Fans cannot wait to find out what Seul-Mi will do when some revelations are made about Do-Yoon. Many are rooting for Seon-Ho to finally realize his feelings towards her and make his move. This is not the only couple that the fans are waiting on to get together. Equally anticipated is the progress Ha-Woon and Ji-Seo’s relationship will make.

The 30-minute episodes, which are available to be streamed on YouTube, have been getting a lot of attention. Within two weeks, the first episode has garnered almost 900k views. Many viewers are praising Idol Actors Dawon and Eunsang for their superbly natural acting. Almost as if they were made for their roles, their ability to get into characters is so well done that it makes the drama much more fun to watch than it already is. As the drama starts to get more enjoyable by the week, everyone is eagerly waiting for the next episode. 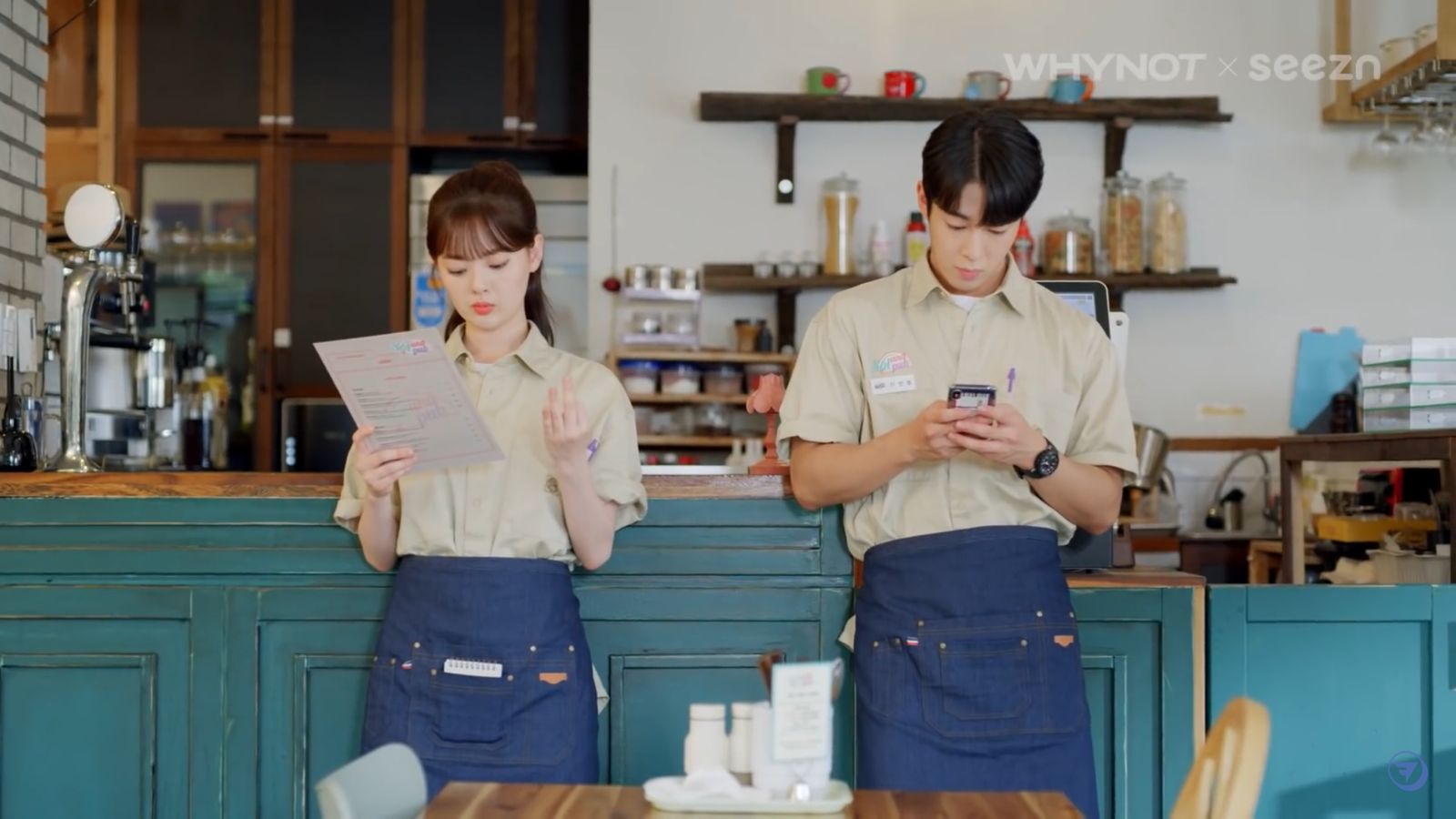 Also Read: Jung Hae In’s K-dramas That You Need To Give a Chance Before Snowdrop!

When will ‘Part-Time Mello’ Episode 7 be released?

Fans who have been waiting eagerly for the next episode will be pleased to know that ‘Part-Time Mello’ Episode 7 will be released on 14 December 2021. The premise of the show is the various relationships the main lead, Boo Seul-Mi (Han Soo-A) has with her co-workers. After failing thrice on attempting the civil servant exams, Seul-Mi gives up and takes on a part-time job at a restaurant called ‘Sol and Pub’. Here, her colleagues are Ki Seon-Ho (Dawon), Kang Ha-Woon (Lee Eun-Sang), and Ahn Do-Yoon (Ha Jong-Woo). This pub holds a special meaning to her, as she has incomplete memories of a sweet encounter shared with one of the workers while drunk. The drama introduces a love triangle between Seul-Mi, Seon-Ho, and Do-Yoon. 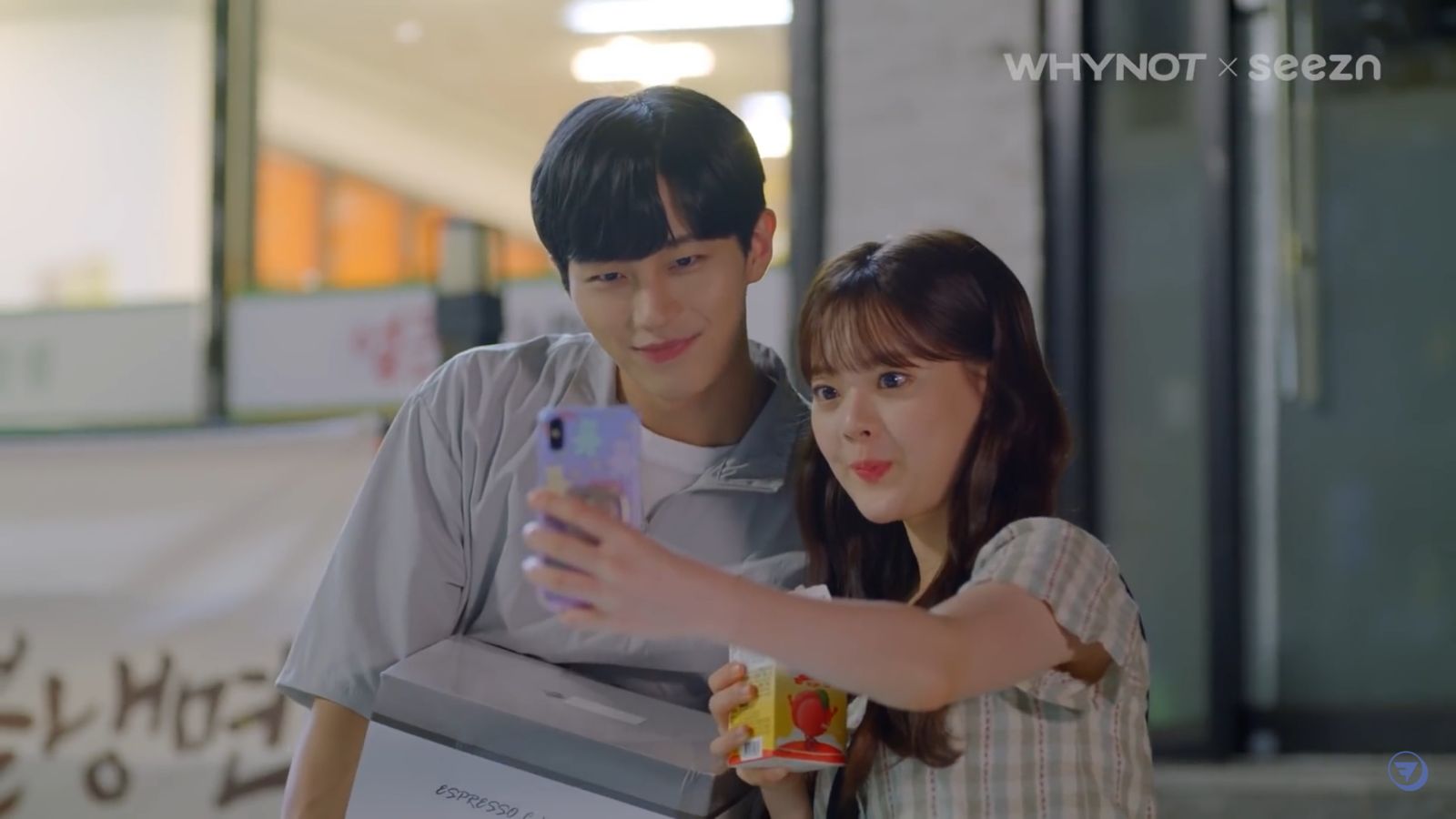 Seon-Ho is a reserved yet caring guy who doesn’t get along with Seul-Mi at first. He often teases and annoys her. As they work together every day, they gradually warm up to each other. On the other hand, Do-Yoon is the very opposite. All smooth moves and charming smiles, he has Seul-Mi convinced he is the man from her hazy memories. Seul-Mi quickly develops feelings for him.

What has happened so far in Part-Time Mello?

After joining Sol and Pub as a part-time worker, Seul-Mi is completely enraptured by Do-Yoon. His kind nature, cooking skills, and perfect mannerism have her swooning. This perception of hers is heavily influenced by her thinking that he is the man she met when she was drunk. Her unclear memories only provide that someone has fixed her broken shoe for her. Unfortunately for Seul-Mi, the owner of the pub does not want any romance to stem between the workers. He hands Seon-Ho the responsibility to make sure things stay that way. Seon-Ho does his best to get in the way of Do-Yoon and Seul-Mi’s alone time, hatching plans to separate them at all times. In the process though, it seems like he starts to view Seul-Mi in a different light.

Does Seon-Ho succeed in keeping the pair apart?

Despite doing his best, Seon-Ho cannot prevent Do-Yoon and Seul-Mi from treating each other especially. In Episode 6, we witness them both go on a date. This outing, however, is cut short when Do-Yoon receives a call, upon which he apologizes to Seul-Mi and leaves abruptly. It is hinted that the reason behind this behavior is Do-Yoon’s ex-girlfriend.

Side by side, the show also dives into the budding romance between Ha-Woon and Choi Ji-Seo (Min Soo-Hwa). Ji-Seo is Seul-Mi’s best friend who decided to take up a part-time job because she is in urgent need of money. She initially meets Ha-Woon in a messy situation involving her ex who cheats on her. Ji-Seo is taken aback to meet him again as a colleague. The difference in their personalities becomes evident immediately. Ji-Seo is an overly practical and self-contained girl with no interest in others’ lives. Ha-Woon is the life-of-the-party, warm and cheerful with a puppy-like appearance. The drama explores their relationship and shows how Ha-Woon’s warmth slowly melts Ji-Seo’s cold guard. 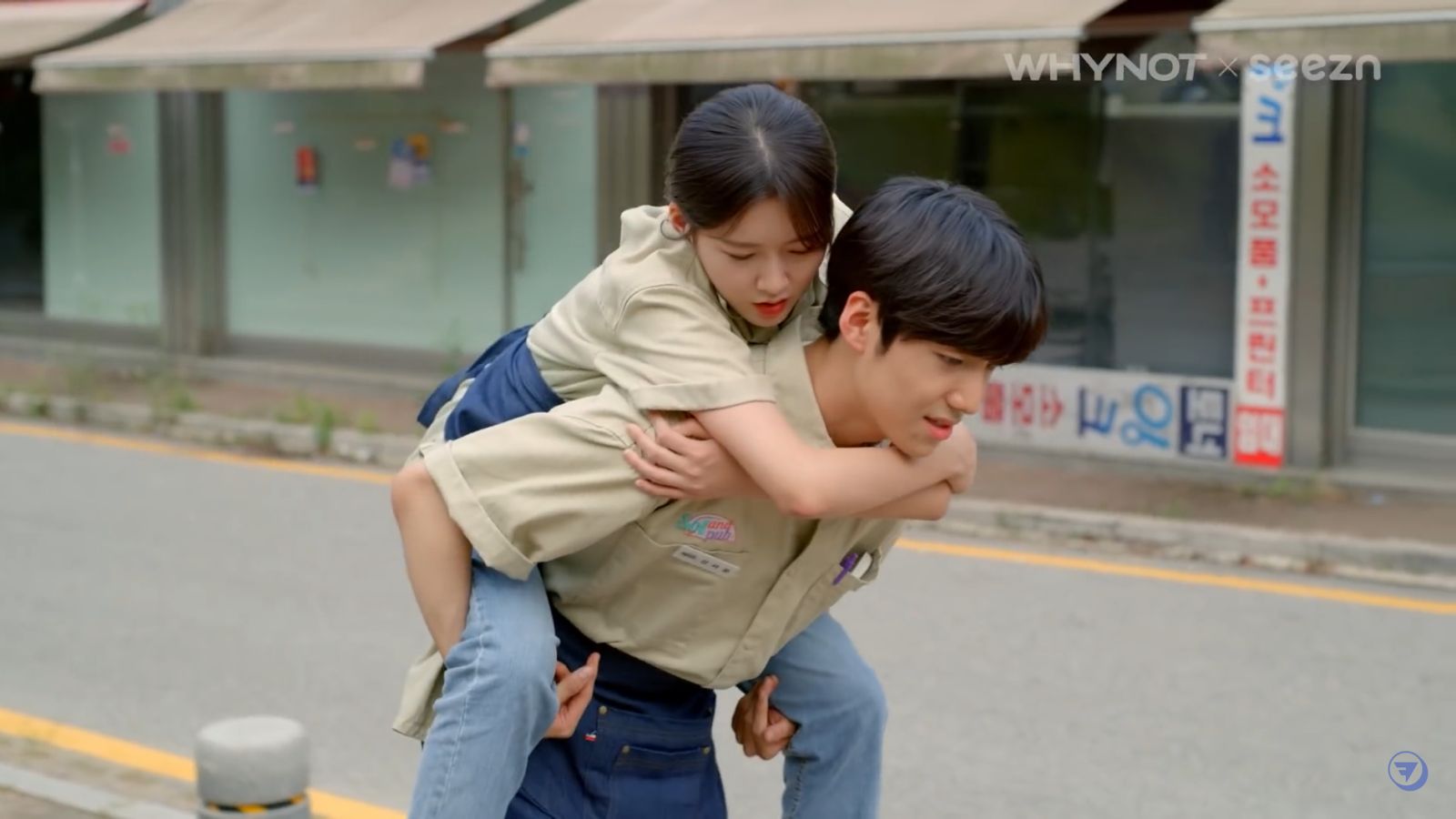 Where to watch Part-Time Mello

‘Part-Time Mello’ is available to be streamed on the KOK channel every Wednesday and Thursday on YouTube. It started airing on November 24, 2021, and the expectant date of the last episode is December 30, 2021. The series is said to have 12 episodes in total.

What can we expect in the next episode?

Episode 7 of ‘Part-Time Mello’ looks like it will be dealing with Seul-Mi’s future actions after she finds out about Do-Yoon’s ex-girlfriend. The preview gives us a glance into the conflicted emotions she feels and Seon-Ho starting to like her more deeply. 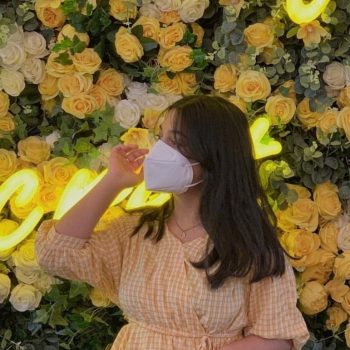 If not writing articles on K-dramas and K-pop for Otakukart, you can find me indulging in Asian cinema and music or learning a new language. I occasionally transform into a poet.