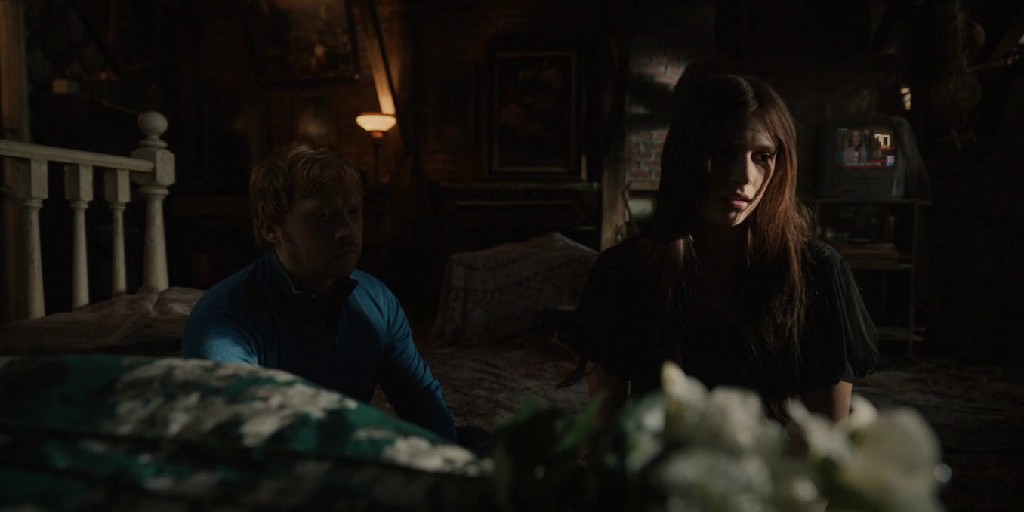 From George running away from Leanne to her and Julian’s physical relationship, the second season of Servant keeps getting darker. The psychological horror series coming from Apple TV+ is having quite a scare recently. Created and written by Tony Basgallop, Servant is currently on its second season. It has covered up to eight episodes so far. Two final episodes are all set to arrive on the next two Friday, thus officially wrapping up the second season. For the second season so far, Servant has been building up to Leanne who has become quite a threat dominating the Turner family successfully.

Apple TV+’s Servant tells the story of a Philadelphia couple Dorothy and Sean Turner who have recently met up with a tragedy after losing their 13-week old son. While they mourn for their loss, Dorothy welcomes a young nanny Leanne to take care of a Jericho. A doll Dorothy believes is her reborn child. Sean keeps struggling on his own until he becomes suspicious of Leanne as she is about to wreak havoc. Anyway, here we are taking a look at the most recent episode in the series and what we can expect from the show like it on its brink to wrap. Let’s Begin.

The last episode of Servant titled, “Loveshack” saw Leanne taking a look back at one of our childhood memories. She comes across a pageant video from her childhood. A competition where she took part in. There are a number of people in the frame along with LeAnne’s mother and Dorothy. The kids are certainly being interviewed by Dorothy. 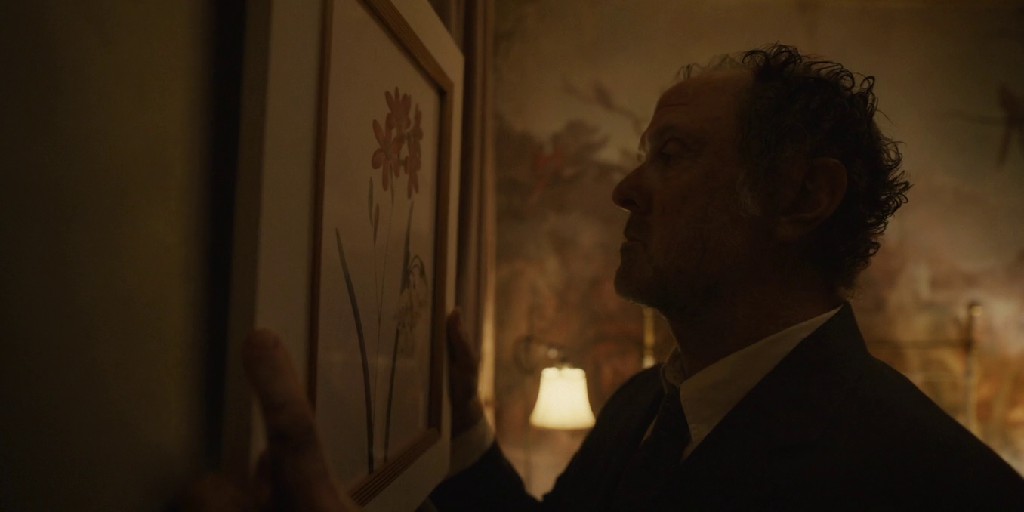 On the other hand, George makes sure to take care of the situation. He comes up with a  ritual to form by writing down illegible symbols on the walls. Dorothy on the other hand has no objection to whatever Geroge is attempting to do. She is no longer concerned as she believes letting George perform the ritual may bring Jericho back.

While Leanne is busy visiting her childhood, Julian tries to figure more about her history. From his research, Julianne finds out that her parents had died in a fire. He comes back to Leanne and shares a moment until their conversation lightens up and certain revelations are made. Leanne opens up to Julianna and tells him that George was supposed to be a part of her chosen family and she doesn’t believe in the cult. Even though she is part of it. 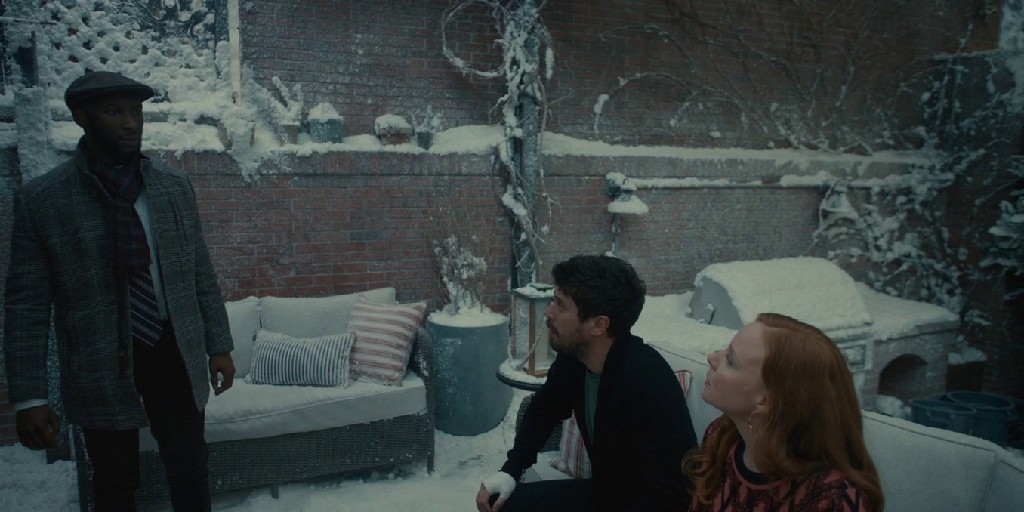 The episode ends with brainwashed Rosco coming to Sean. Uncle George keeps the rituals going which soon become weirder and weirder. Rosco on the other hand doesn’t even let Dorothy enter her own house. While everything carries on here, Leanne and Julianne make love. In the final moment see George interrupting Leanne and her time with Juliane. He tries hard but gets shoved by Leanne and her powers that scare him away. He starts running away from Leanne until he meets with a car accident.

Servant Season 2 Episode 9 is releasing on March 12, 2021. It will be available to stream on Apple TV+ at 3 am EST. Titled,” Goose”, the official synopsis of the episode states that Dorothy and Sean will be waiting for Jericho’s return as they spend their tense Christmas Eve lunch. Our predictions for the episode states the arrival of Aunt May after Uncle George being met with the accident. The fears of Leanne and her powers keep reaching a new height, so Leanne might not be fearing anything that’s coming her way. 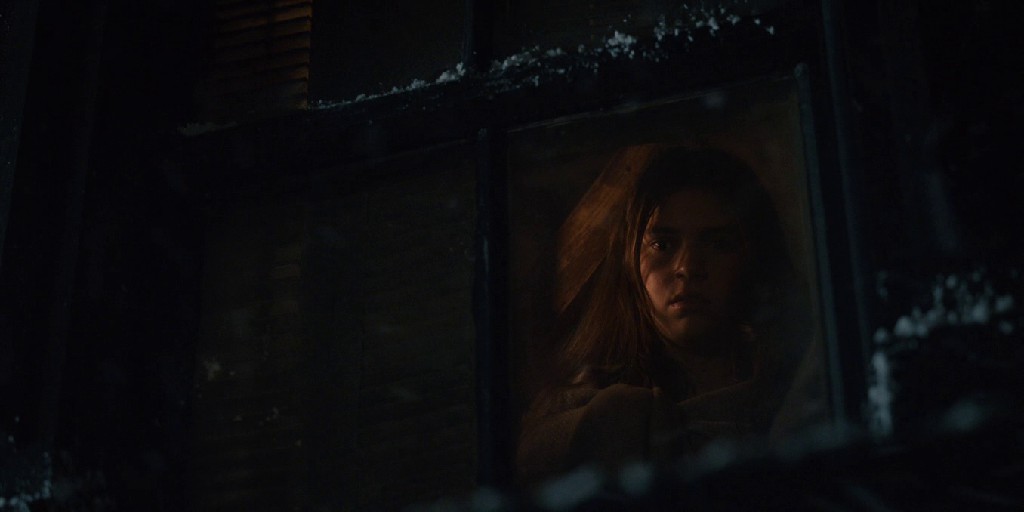 The question of George being alive remains in mystery until the next episode arrives. It highly seems unlikely but yes Aunt May will be triggered. On the other hand, is Jericho really coming back as the couple celebrates Christmas eve? It’s unlikely given the fact the condition of Uncle George after the ritual. But who knows right? Furthermore, what will be the reactions of Sean and Dorothy upon realizing Julianne and Leanne’s physical relations? Plus, what about Julainee, will he be really okay after having physical relations with Leanne due to the fact she is one of the biggest threats right now. All in the ninth episode of Servant Season 2. All the episodes of Servant so far are available to stream on Apple TV+.