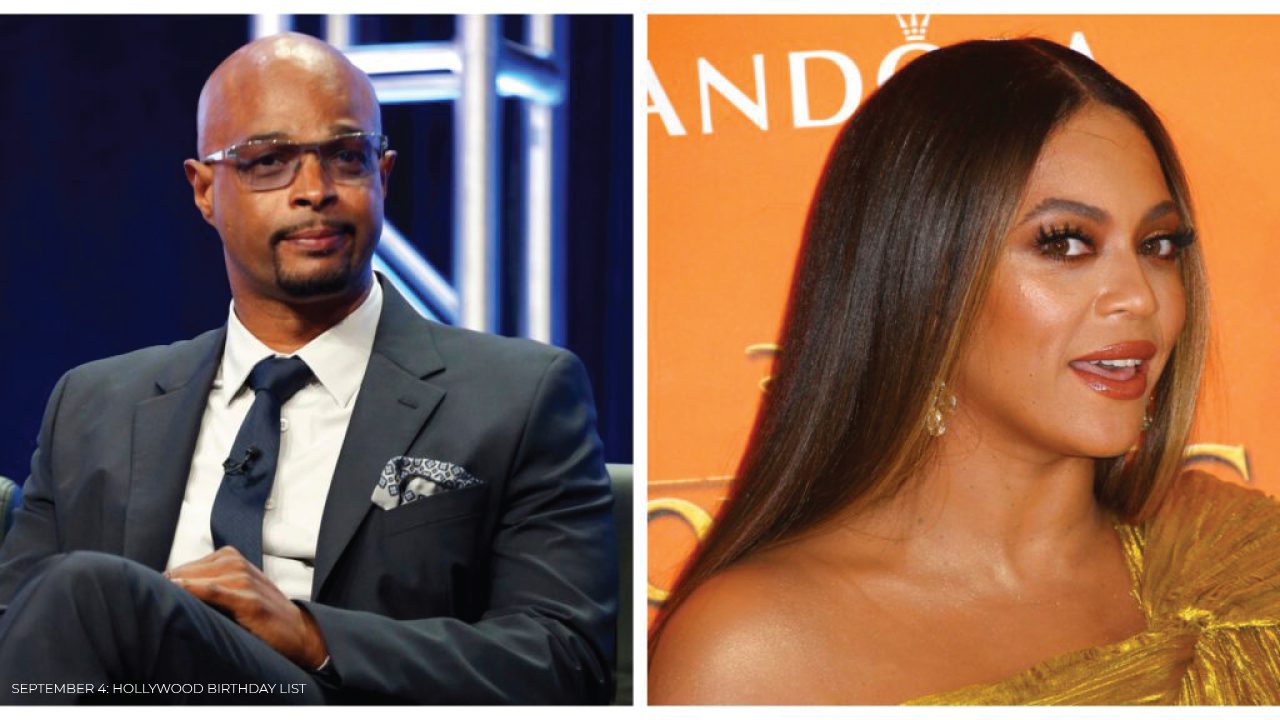 The people born on September 4 are Virgo. These people are often recognized for having a strong will. Their tact and organization skills are also excellent. Furthermore, they are naturally good at solving problems. Their leadership skills are also impressive. Their handling of situations shows determination and control. Understanding of people is deep in them. Additionally, they know how to gently guide others to do what’s best. Many people appreciate their diplomatic ability more than their other talents. Additionally, they often exhibit a great deal of courage. In addition, they live their lives in the most simple way. Though they are logical, they are risk-takers by nature. They are independent-minded individuals with rare charisma. Thus, they are attractive to almost everyone they encounter.

The following is a list of Hollywood birthdays on September 4.

Beyoncé Giselle Knowles-Carter is the full name of Beyonce Knowles. She was born on September 4, 1981. She is an American singer, songwriter, and actress. Houston, Texas, is where she was born and raised. As a child, Beyoncé participated in a variety of singing and dancing competitions. She gained popularity in the late 1990s. As a lead singer for Destiny’s Child, she gained recognition worldwide. It was one of the best-selling girl groups of all time. Over this period, she released her first solo album. It was entitled Dangerously in Love. And was released in 2003. It featured the number-one single on the US Billboard Hot 100. These were the singles “Crazy in Love” and “Baby Boy”.

In 2006, she released her second solo album. It was entitled B’Day. Additionally, the album contained a number of hit songs. The success she has achieved so far throughout her career is great. Several of her songs have been featured in US Billboard Hot Lists. Her award-winning career also includes many honors. Her popularity in Hollywood is undeniable. She is a great singer and accomplished much success. Additionally, she has won the most awards for any singer. She is known as Queen Bey by her fans. Further, she has a career spanning three decades and has influenced pop music in many ways. It’s more than just hair, makeup, and some fantastic music. Her significance as a cultural icon cannot be overstated. She represents a generation and is a cult figure. 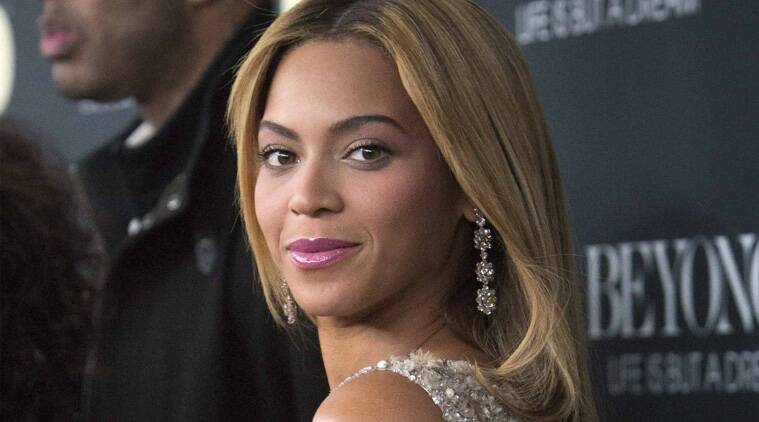 Mark Ronson was born on September 4, 1975. He is an English-American musician, DJ, singer, and songwriter. Aside from being a record executive, He’s also a producer. His work with talented artists is what makes him so popular. In addition to Duran Duran and Amy Winehouse, he collaborated with many other artists. He is a seven-time Grammy Award winner. A Grammy Award was also given to Winehouse in recognition of his production work for Back to Black. Additionally, for his co-writing of “Shallow”. Ronson was born in London. Further, he grew up in New York City. Music was a part of his childhood thanks to his stepfather. Ronson became a popular hip-hop DJ while attending New York University.

Ronson possesses natural leadership qualities. Furthermore, he has the ability to accumulate great wealth. Throughout his career, he has excelled in management. In particular, he excelled in business and finance. As a result, he is able to contribute to the larger vision, purpose. Also to the long-range goals. He has a strong understanding of the material world. He understands the inner workings of practically any enterprise. His charisma inspires people to join him in his mission.  Power and influence are Mark’s greatest challenges in life. As he must understand that they must be used for both the benefit and the benefit of mankind. 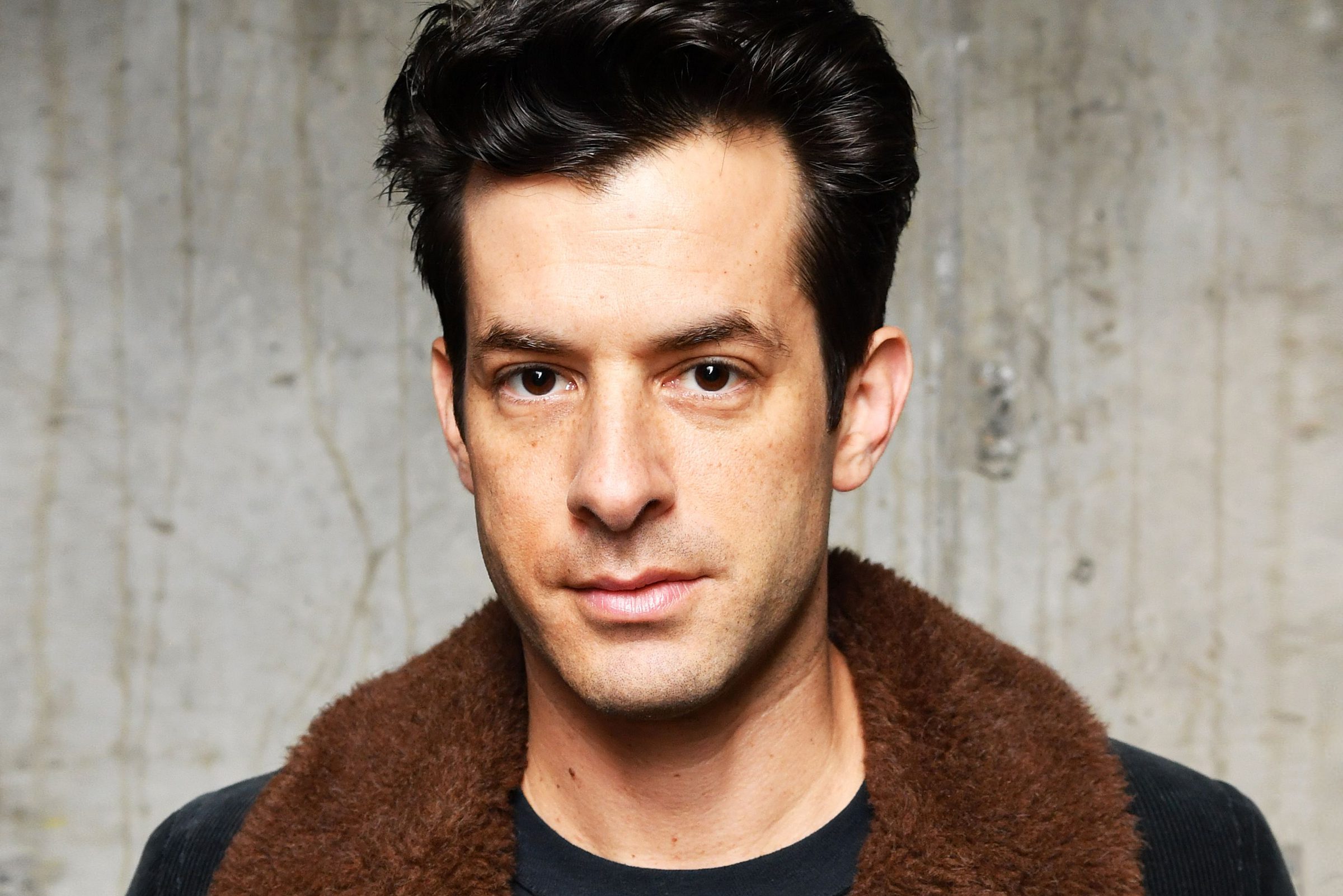 Damon Kyle Wayans was born on September 4, 1960. He is a stand-up comedian, actor, writer, and producer from the United States. He is also a member of the Wayans family of entertainers. While in the 1980s, Wayans toured as an actor and comedian. A year of the sketch comedy series Saturday Night Live was also a part of his experience. The real breakthrough for him came when he collaborated with FOX to produce a sketch comedy show. It was entitled In Living Color. It aired from 1990 to 1992. This also had a television series called “Waynehead “. It ran on the Kids’ WB block. The show aired from 1996 to 1997. Since then, he has appeared in numerous films and television shows.

He has also co-produced and written some of these works. Some of these are Beverly Hills Cop, The Last Boy Scout, and Major Payne. In addition to the sitcom My Wife and Kids. The show aired between 2016 and 2019. Also, In Lethal Weapon, he played Roger Murtaugh. Furthermore, Damon Wayans is a pacifist by nature. As a result of his intuitive ability to know what people want or feel. Also, he is incredibly diplomatic and tactful. He’s a patient and cooperative guy. Damon has a knack for working with groups as a result. He also somehow manages to create harmony among diverse opinions. 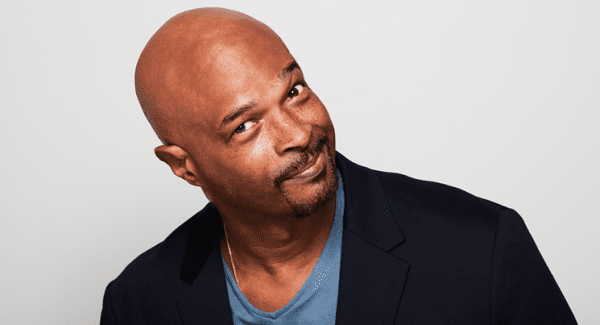 Carter Jenkins was born on September 4, 1991. He is an actor from the United States. He is most famous for his role in the movie Aliens in the Attic. It was released in 2009. His other notable works include Valentine’s Day (2010), and Struck by Lightning (2012). The actor has appeared in various television series, including Surface. The program aired between 2005 and 2006. In addition to Viva Laughlin (2007), and Famous in Love (2017–2018). Jenkins was born in Tampa, Florida.  He was born to Mary and Eric Jenkins. He grew up in Carrollwood, Florida. His education was at the Independent Day School. Later, his family moved to Sherman Oaks, Los Angeles. Jenkins began her career performing in community theater. He starred in national and local commercials after that. After that, he appeared in various television series.

Carter Jenkins possesses a great deal of compassion. He also strives to be of service to others. It is his nature to heal others. He can offer comfort to those in need. Actually, Carter’s purpose in life is to create the tools that will enable him to offer more than just sympathy in the world. Carter Jenkins is gifted in the visual and performing arts. He can excel in a wide range of artistic fields. Furthermore, he is attractive, friendly, and generous. 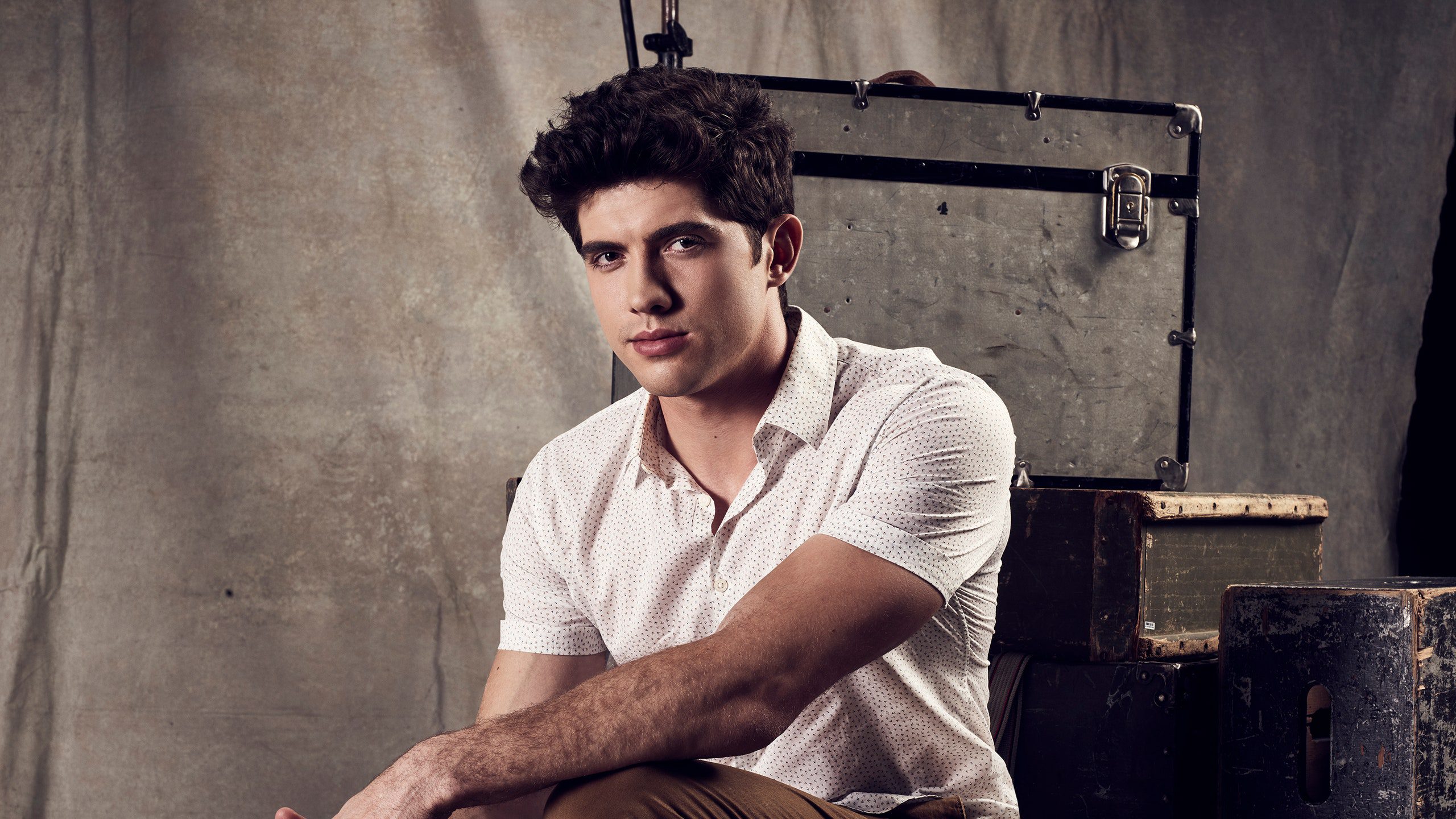 Max Greenfield was born on September 4, 1979. The actor hails from the United States. He was a recurring character on Veronica Mars and Ugly Betty. He also appeared in the WB series Modern Men. In the Fox sitcom New Girl, he portrayed Schmidt. He was nominated for this in Primetime Emmy Awards. He was also nominated for the Golden Globe Awards and the Critics’ Choice Television Awards for this role. Greenfield has acted in CBS’s comedy series since 2018. He has played Dave Johnson. The series was entitled The Neighborhood. In 1998, Greenfield began pursuing an acting career. He did this after graduating high school. Various dramas invited him to appear as a guest star. Among them were Boston Public, Gilmore Girls, and The O.C. Greenfield had his first lead role in the short-lived series Modern Men. The Ice Age franchise also featured his voice as Roger. 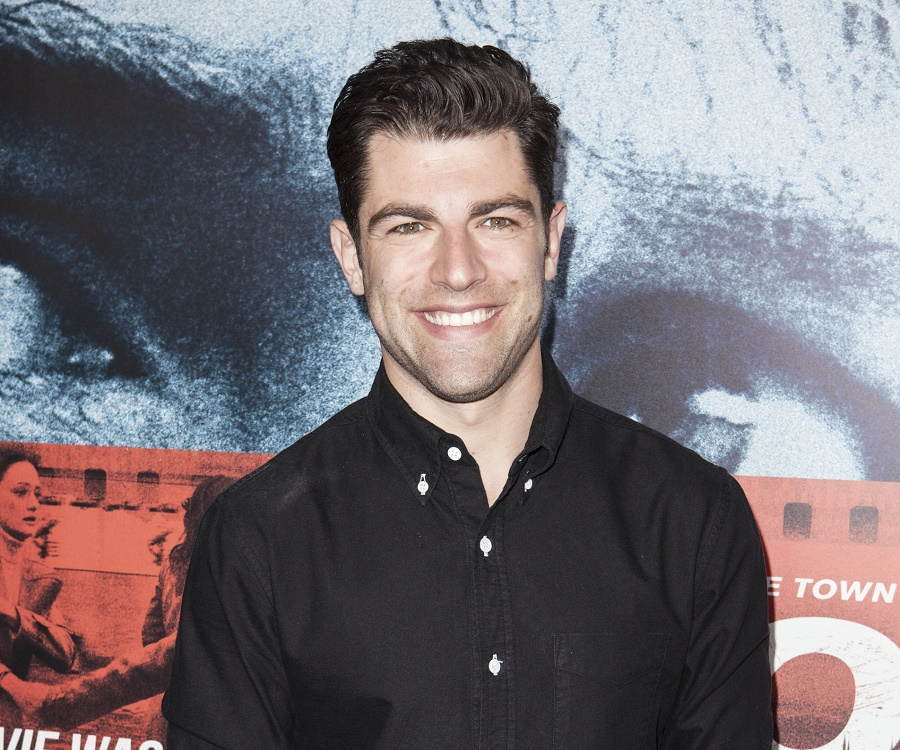 Also Read:  September 4: Anime Birthday List & All About Them