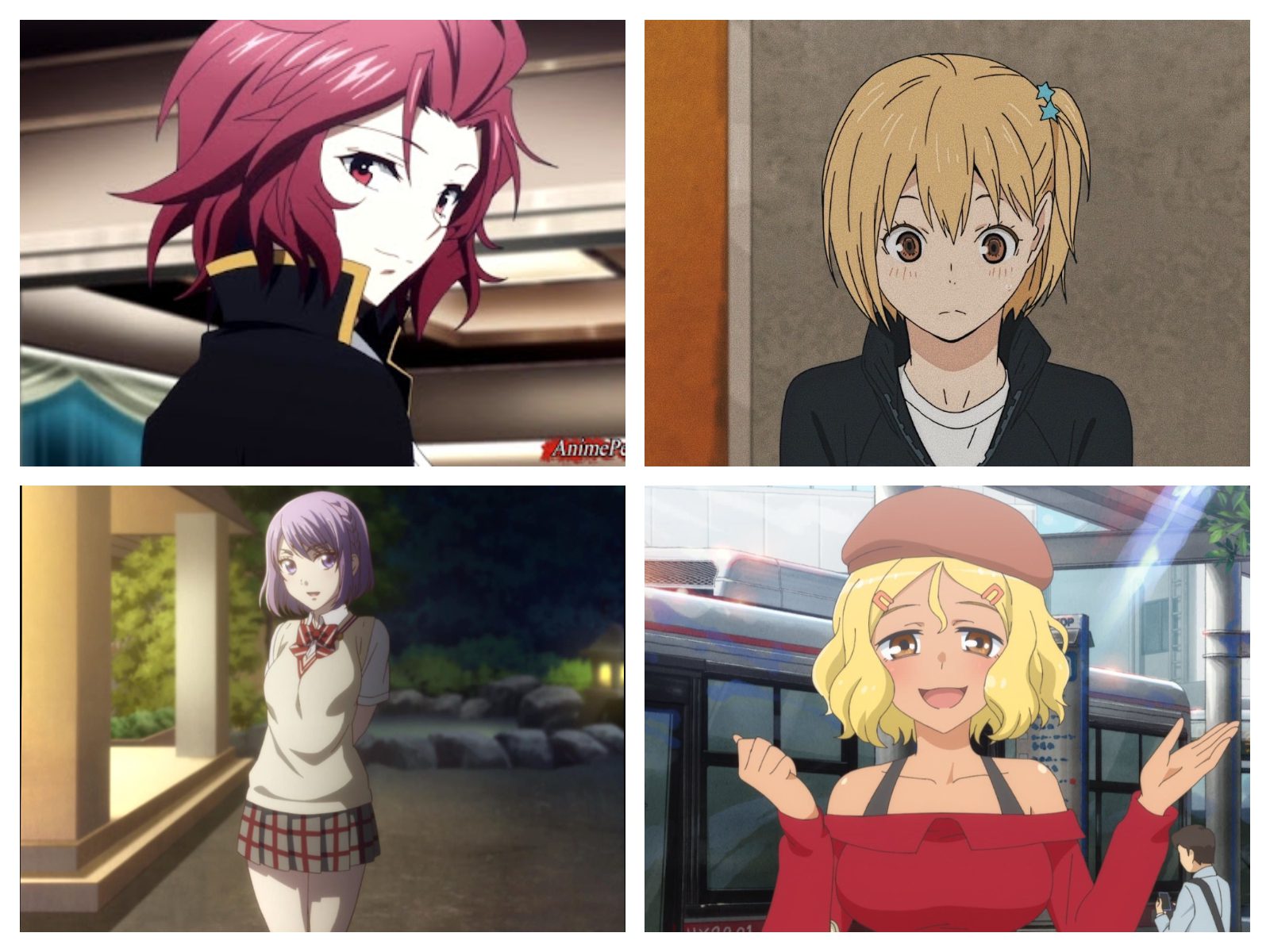 People or characters born on September 4 have the zodiac sign, Virgo. The Virgos are usually helpful. Their self-sacrifice is how they obtain favors. Their work ethic, honesty, and reliability are also impressive. In addition, the vibration of September 4 greatly enhances the character’s positive quality. Also, They guide good fortune in a way that creates ideal circumstances. The September 4th birthday horoscope affirms a creative personality. This is a rare and distinct phenomenon. Additionally, they are a great lover. These characters are playful and kind. Further, you may find that they are sensitive. They may be stingy with their money. They may be willing to assist those in need, however.

The following is a list of anime birthdays on September 4.

Hitoka Yachi is one of the characters in Haikyuu!!. She was born on September 4th, 1996. Previously, Hitoka Yachi was a first-year student. She studied at Karasuno High. In mid-year, she joined the boys’ volleyball team as a manager. During the 2018 academic year, she was a college student. After graduating, she planned to begin working at an advertising design agency in Tokyo. Yachi is a petite, young girl. She has blonde hair. It extends a little past her chin and she has light brown eyes. Her left side ponytail is usually adorned with colorful star hair clips or hairbands. Normally, she wears a cheerful expression.  Yachi exhibits a general sense of paranoia as well as an overactive imagination. This causes her to be intimidated by others.

She often apologizes for being judgemental based on appearances. Also, she gets flustered easily and is very timid. Also, it seems that she underestimates her own importance. She also believes herself to be incompetent, Despite the fact that there are many positive traits in her, as Hinata explains. She is quite clumsy and gets nervous easily. Nevertheless, she always looks out for others. If she notices that someone is suffering, she tries to cheer them up. Her character is described as very curious and organized. As soon as she receives an idea, she notes it down immediately. She also maintained an organized system. As a result, when Hinata and Kageyama fail the exam, she becomes their tutor inadvertently. 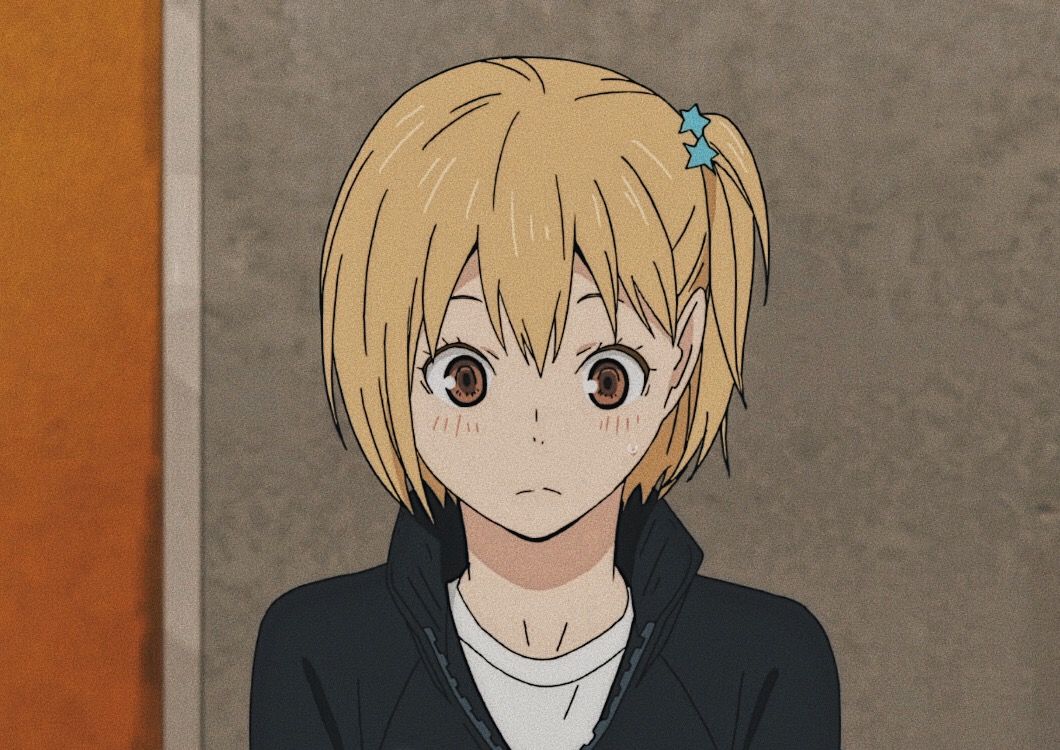 The character Sakura appears in the anime series Don’t Toy With Me, Miss Nagatoro. As well, she was born on September 4. She is a student in high school. She is also one of Nagatoro’s friends. The character Sakura is sweet and naive. She is also a bit flirty. Additionally, she dresses in a gyaru fashion style. Also, she is a part of the ‘cool kids’ group. She often participates in her friends’ antics.  Sakura is a cute, average-sized high school student. She has medium-length with wavy platinum blonde hair. Sakura seems to be an easy-going, calm, level-headed, laid-back, sweet, and lovely girl. Moreover, Sak has an innate tendency to be flirty. She even has a reputation of being a seductress among her friends. She even jokes that her guardian spirit is an oracle.

In comparison with the other girls, Sakura is the kindest. The lovable Sakura is very helpful and kind to those she cares about. She is also the most emotionally stable of her friends. In her philosophy, she espouses a hippietastic, pacifist outlook. She believes “we are all brothers and sisters” and should “make up and enjoy life”. She is also opposed to the belief in “an eye for an eye.” Though not in the same way as her friends, she is very athletic. Additionally, Sakura is extremely polite and courteous. She always uses proper suffixes when addressing people. Especially with her closest friends. 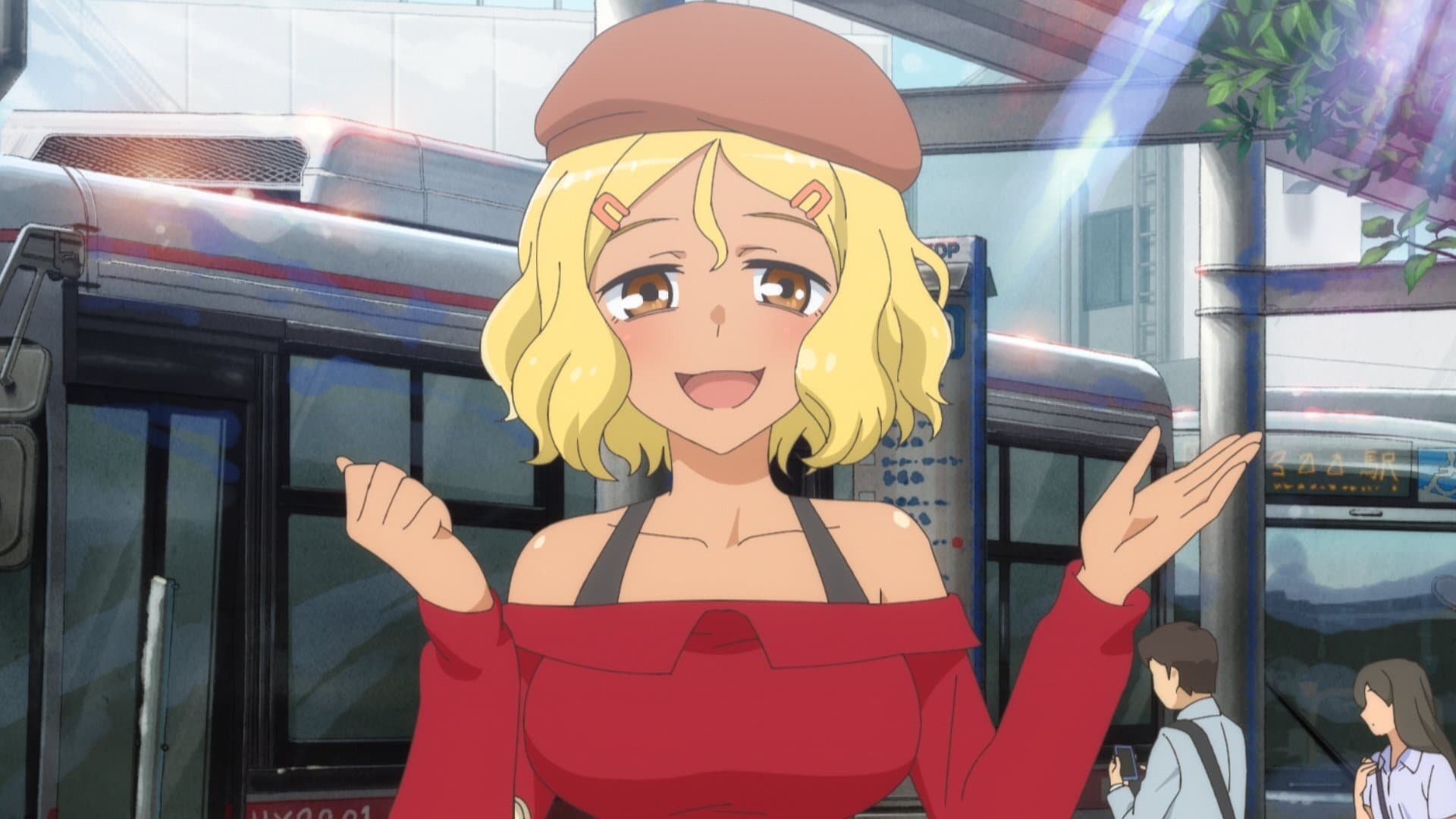 Character Nene Odagiri appears in Yamada-Kun and the Seven Witches. She was born on September 4. Nene was the former Student Council Treasurer and Clerk. She was one of the seven witches. Moreover, she was vice president of the Student Council in Yamada-Kun to Nananin no Majo. A girl of average height, Nene is a pretty girl. Despite her curvy appearance, she has a slim, well-endowed build. The purple color of her hair stands out. Her hair reaches down to the middle of her back. She also wears it in a braid behind her ears. The color of her eyes is purple. Additionally, her eyebrows are relatively thick.

She is often portrayed as having a bossy attitude. However, she can be arrogant at times. Being tsundere and prideful are her characteristics. As a result, Nene frequently snaps at people. She also exhibits a high sense of self-esteem. When she feels confident, she flips her hair. There is also a softer side to her as well. As the series progresses, she shows more of this. The anime portrayed Nene putting others before herself in a variety of situations. This included helping Tsubasa Konno when she was in need. 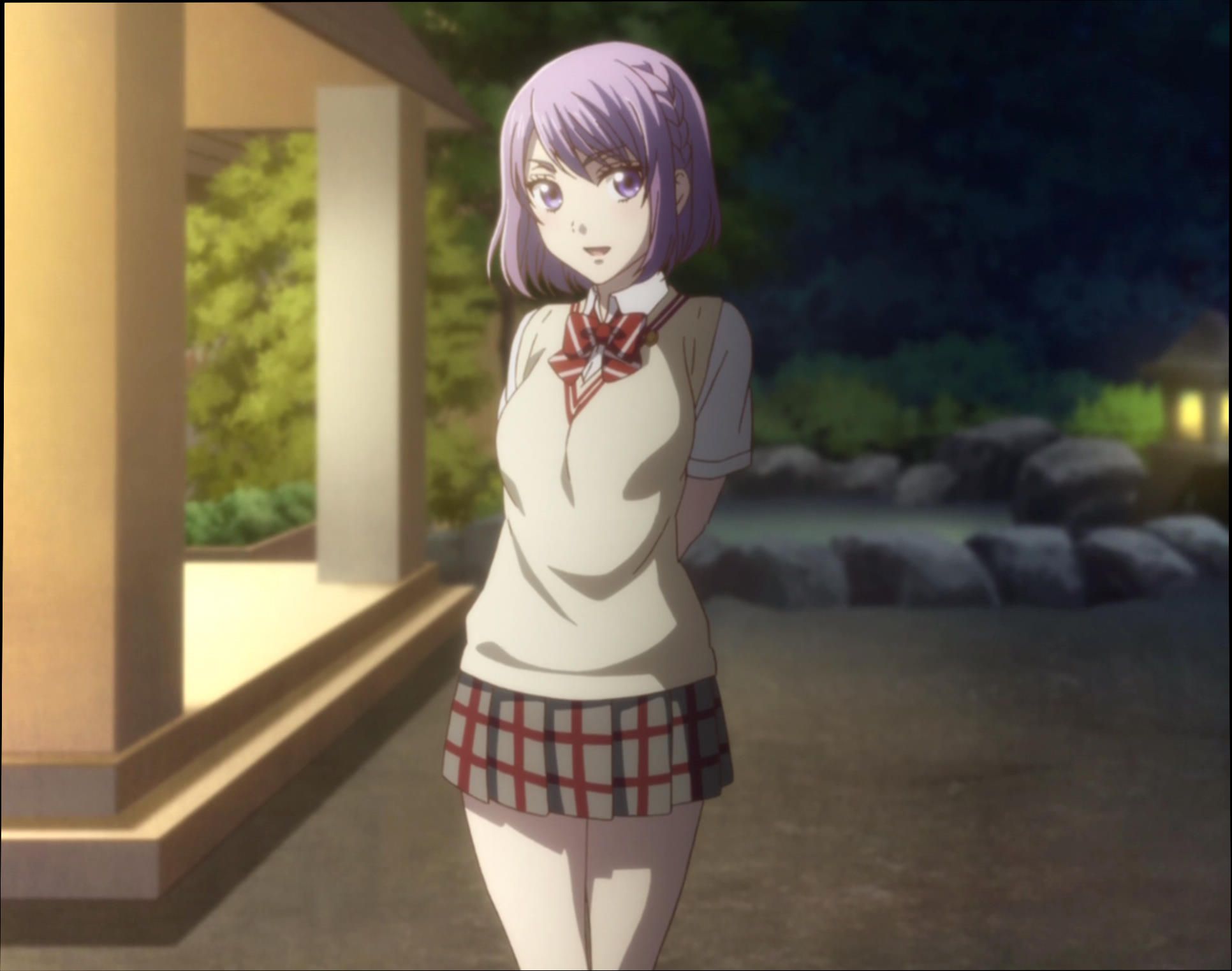 Character Kondou Isao appeared in Gintama. He was born on September 4. Kondou Isao was also known as Gorilla. He served as the former commander of Shinsengumi. Isao spent his free time stalking Shimura Tae, Shinpachi’s sister. As a result, he earned the nickname Gorilla-stalker. The Shinsengumi are fiercely loyal to Kondou. Kondou’s height is impressive. He is a muscular man with tan skin. Brown hair and a goatee characterize his appearance. Shinsengumi uniforms are most often worn by him. He then receives a scar from Sasaki during the Farewell, Shinsengumi Arc. Kondou is kind-hearted and trustworthy with his subordinates. Almost all Shinsengumi members are fiercely loyal to him. This is shown in the Shinsengumi Crisis Arc.

Kondou’s nice-guy attitude is often noted by Shinsengumi’s 1st Division Captain Okita Sougo. This is also one of his weaknesses. Because he doesn’t see anything negative about anyone else. Additionally, Kondou is described as pure and honest. Also, he is described as unsullied. He had been trained in his dojo in Bushuu. But there is not much information available about his sword skills. As he is the leader of Shinsengumi, he must always be protected. Furthermore, he defeated Toujou Ayumu. Toujou was the leader of the Four Aces of the Yagyuu Clan. Further, he should be considered better than the average human. This is because he can easily defeat bandits and other enemy soldiers. 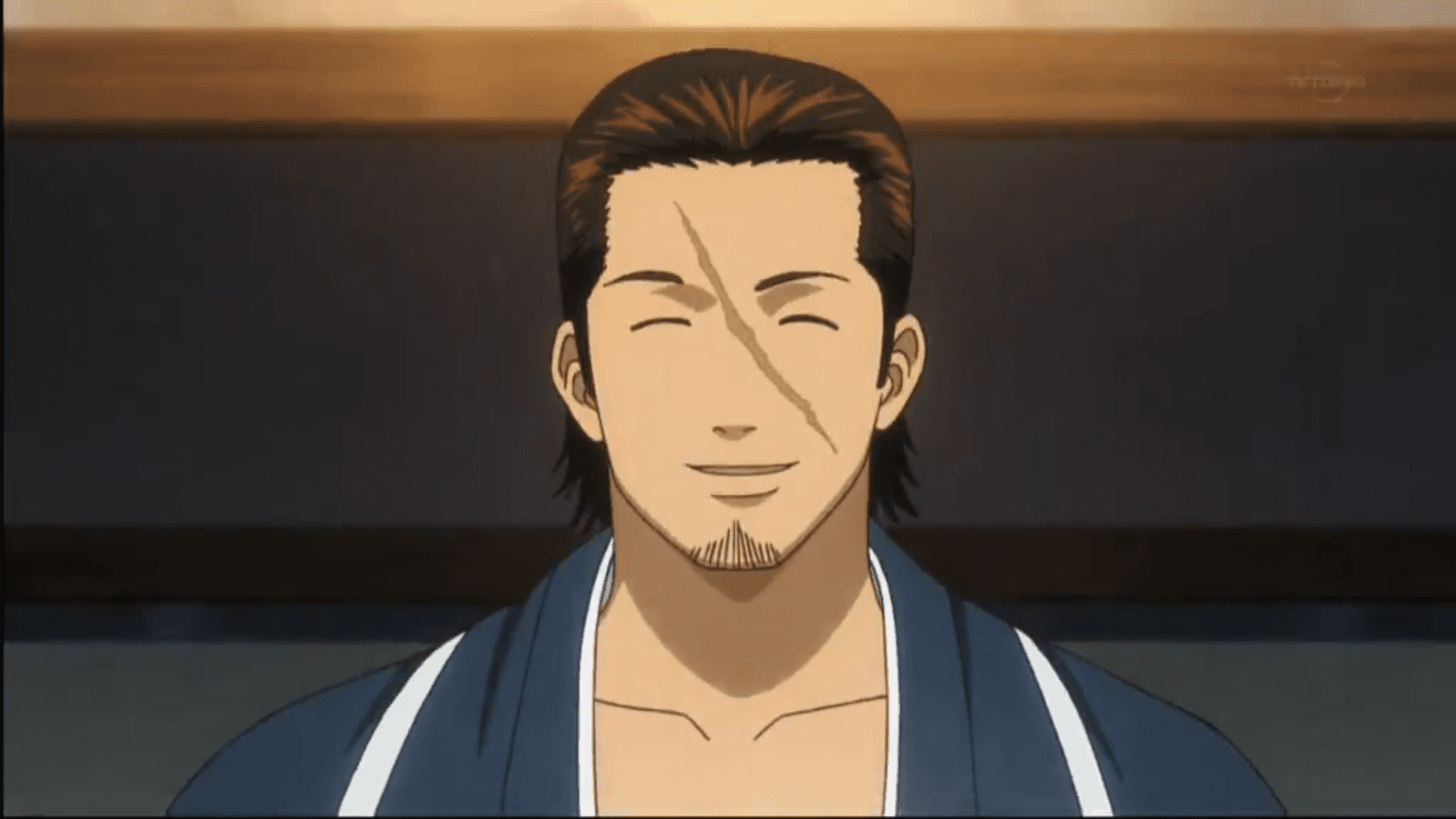 Akuma no Riddle featured Chitaru Namatame as one of its main characters. She was a former Black Class student at Myojo Academy. It’s a competition in which class members have to kill Haru Ichinose. The reward is a wish that can be anything. Chitaru, however, did not intend to pursue this path. She instead focused on finding Angel’s Trumpet, the assassin. She dated Hitsugi Kirigaya throughout the series.  The hair on Chitaru’s head is short and red. She has her hair brushed back. In addition, her eyes are red. As for her skin, it is fair. She is one of the tallest students in the Black Class.

Chitaru’s shirt has been noted to have loose buttons. In addition to her black coat, she wears a yellow coat lining. Also, she wears a white button-down shirt. This is her uniform from Fukutsuchi. This design is intended to be princely. She usually appears older than her age. Chitaru has a friendly and caring demeanor. Despite appearing innocent, she is easily disturbed. She is also willing to accompany Kirigaya.  Even holding hands with her the whole way. As to avoid getting lost on the way to school. The way she acts is direct and her attitude is candid. In the school play, she also acknowledges her own weaknesses. 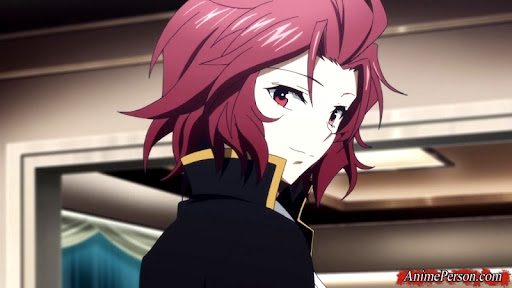