What is going on in her mind? 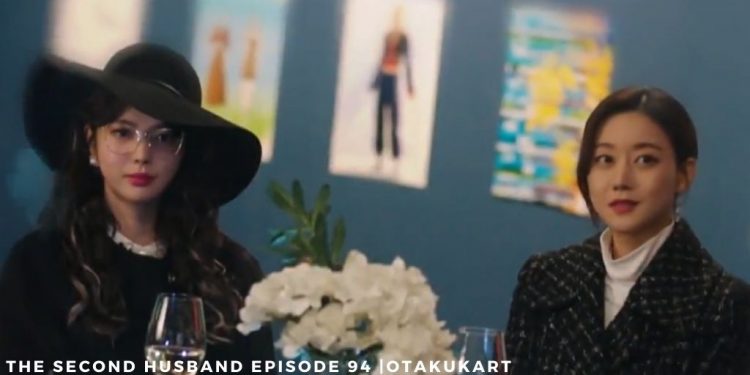 The Second Husband Episode 94 is just around the corner! Fans are excited than ever to see what Seon Hwa has been planning! Seon Hwa has been on a roll. She keeps defeating Jae Kyung in every possible way she can. Plus, she has been humiliating Jae Kyung as Sharon. When Jae Kyung kept on giving Moon Sang Mi, Sang Hyuk’s sister, chores to do rather than actual office work, Sharon stepped in. She told Jae Kyung that even when something goes wrong because of her mistake she blames it all on her team members. Sharon continued by saying that Jae Kyung doesn’t deserve to be the team leader. To humiliate her further, Sharon came up with a clever plan. She came into Jae Kyung’s office and ordered her to bring some stylish clothes for her.

Don’t miss out on more funny moments like these and check out the release date, streaming details, and predictions for Episode 94 of The Second Husband.

The release date of The Second Husband Episode 94 is 29 December, this Wednesday. Fans are over the moon to see what might happen next in the episodes of The Second Husband’s episodes. Undoubtedly, the kdrama has been entertaining fans ever since the beginning. The sob story of a woman named Seon Hwa had gained a thousand of followers. Furthermore, as they had been following Seon Hwa since the start, the audience was more than happy when she finally found out that Tae Yang is Sae Byeok.

It was quite cruel of Sang Hyuk and Jae Kyung to use her child to hide their own lie. Seon Hwa was enraged that to adopt Sae Byeok these two had forged a lot of documents and were able to lie so easily that her son had died. Now that Seon Hwa has found out the true identity of Tae Yang, what is she planning to do next?

Where To Watch The Second Husband Ep 94?

The upcoming episodes will finally live the fog about what Seon Hwa is trying to do. Fans were confused about Seon Hwa’s motives when she decided to buy the paintings Jae Kyung was going to sell at an auction instead of stealing them. She even bided two million dollars for the painting that Jae Kyung had been selling. Of course, Jae Kyung was more than happy when she was able to convince Sharon to buy the painting. Although, the audience thinks that she hasn’t realized that all of this is a part of Seon Hwa’s plan. However, fans also can’t grasp what Seon Hwa has been planning to do, Don’t miss out on the episode to see what Seon Hwa has planned!