Will she find out that Tae Yang was her son after all? 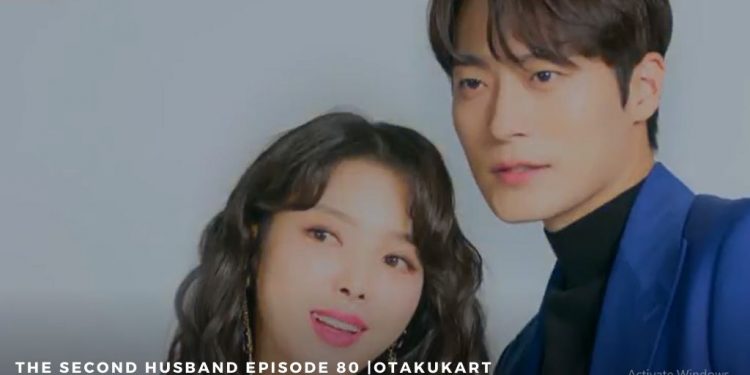 The Second Husband Episode 80 will be out only in a few days. Everything has been going according to Seon Hwa’s plan in the past few days. She kept irritating Jae Kyung and had even robbed the money that Jae Kyung had kept in her safe. But what Seon Hwa doesn’t know is that Sang Hyuk already might have a clue that Seon Hwa is Sharon. Fans are astonished by how careless Jae Min can be. He literally kept saying Seon Hwa again and again, and of course, because Jae Kyung and Sang Hyuk’s room are just in front of our main leads, Sang Hyuk heard Jae Min calling Sharon Seon Hwa.

Speaking of Sang Hyuk, he has started to regret marrying Jae Kyung lately. Well, the audience can’t help but say that their marriage was bound to go off the tracks because they married each other for selfish gains. Sang Hyuk married Jae Kyung to become rich, and Jae Kyung wanted to use Sang Hyuk as her clone. Other than that, fans have been having a blast. They especially loved it when Seon Hwa and her friends scammed Jae Kyung’s fake mother by giving her a pretend diamond ring. Jae Kyung was also relying on the money from the ring to have some cash for the construction of J Town.

To make things worse, she even has landed on the wrong side of Hae Ran. Don’t miss out on what is happening in The Second Husband, and check out the release date, streaming details, and predictions for Episode 80 of the drama.

Day by day, more and more people have been waiting for the release of new episodes of the drama. So, naturally, they have been excited for this episode as well. The release date of The Second Husband Episode 80 is December 9, this Thursday. There is no doubt that The Second Husband has been entertaining its audience from the start. From Jae Kyung’s schemes to Sang Hyuk’s disloyalty to Seon Hwa’s revenge plan, noting seemed out of place.

Where To Wach The Second Husband Ep 80?

The Second Husband Episode 80 is surely going to be a lot of fun. It looks like not only Hae Ran but Seon was also is catching up on what had happened. As Jae Min was taking Seon Hwa on a visit to Sae Byeok, both of them noticed that Sae Byeok’s urn is empty. Realizing that her son might be alive till now, she sees a ray of hope but is also a bit angry. Is Sang Hyuk going to admit that Sae Byeok is still alive? Will he tell her that after Sae Byeok once got ill he, Jae Kyung, and Mal Ja decided to adopt him as Tae Yang?

And, will she finds out that Jae Kyung had forged the adoption documents so that she could lie that Tae Yang was adopted from France? Plus, after finding out that Sae Byeok is alive, will she carry on her act as Sharon?  How will she get her son back? These are just a few questions fans have been thinking about ever since watching the most recent episode.