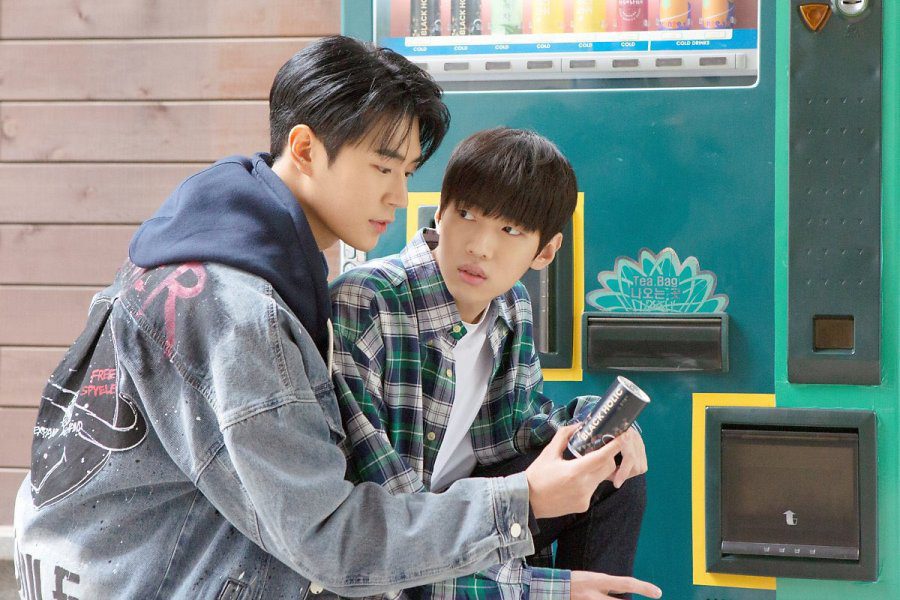 Having no idea of each others’ existence, Sang Woo and Jae Young crossed each others’ paths because of a group project. And with Sang Woo snitching about Jae Young’s fake attendance in the meetings, the senior was hot on his trail. It was hard finding Sang Woo as people barely knew about the loner. Finally catching him, Jae Young started the saga of being the most annoying person in Sang Woo’s life. But it wasn’t all bad.

Going through ups and downs and helping each other, the two ended up working on a project together once again. But this time things are different as the two are realizing their feelings for each other. 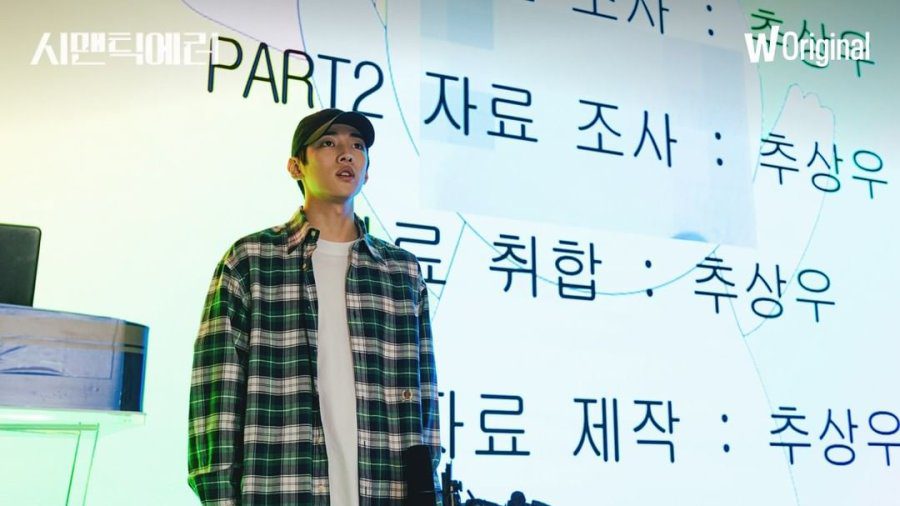 ‘Semantic Error’ Ending: The beginning of everything as Sang Woo gets a bit too honest during the presentation.

‘Semantic Error’ Ending: The Beginning Of Something New

Letting the alcohol take over, he got frank and told him the things he’d been holding in for a while. Telling Jae Young that he’s an idiot, Sang Woo told him that he was going to everything slide because he’s good-looking. Taking the lead, Jae Young asked Sang Woo to run away if he wants to as he was going to kiss him. But instead of running away Sang Woo himself pulled him in. Getting in his senses, Sang Woo apologized for kissing him, but Jae Young confessed his feelings. 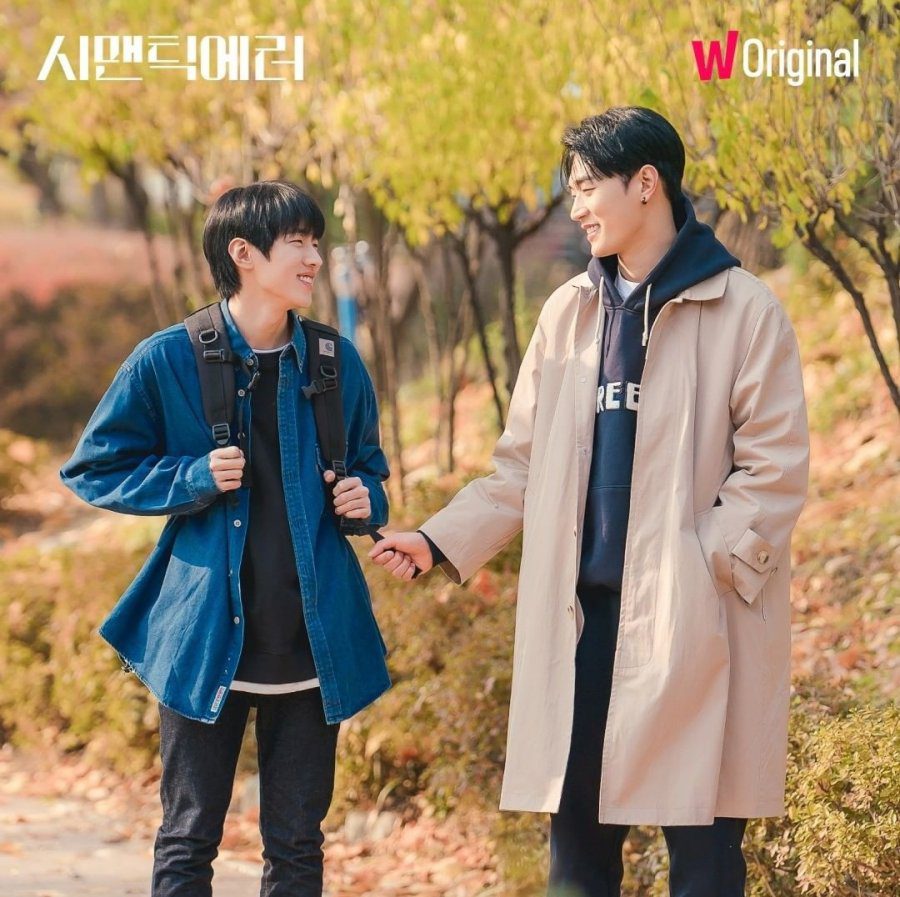 ‘Semantic Error’ Ending: Both Sang Woo and Jae Young changed after meeting each other.

How About A Two-Week Trial?

With Sang Woo denying his feelings, the two got into an argument. As Sang Woo ran away, Jae Young went on to chase him. Catching up to him, he asked him to give them a chance. As he told him to feel his heart, Sang Woo asked him to give him some time to think about it. And with that Sang Woo was filled with so many thoughts in his head. As he thought of asking some more time to think, Jae Young on the other side was running out of patience.

Sitting with his friends, he got to know that Hyeong Taek likes Ji Hye. Wanting to help his friend out, he went on to talk to Ji Hye himself. Knowing that Ji Hye likes Sang Woo, he went on to tell her that she should give up on him.  Telling her that they go way back, he asked why would she get frank with him. On the other side, Sang Woo was with Yu Na at their office. Still thinking about Jae Young, he asked Yu Na about Jae Young’s past relationships. 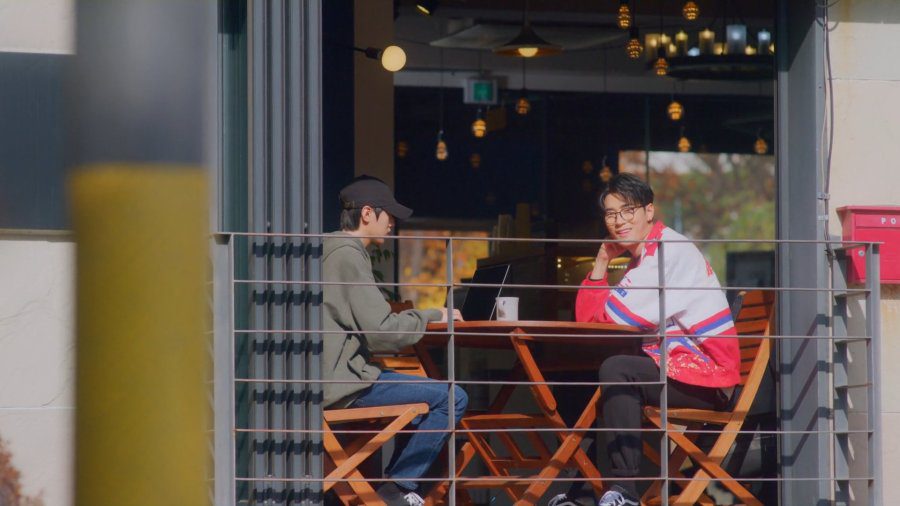 ‘Semantic Error’ Ending: Sang Woo and Jae Young at the cafe as the senior annoy the junior.

Hearing the long list of lovers and that he gets tired easily, Sang Woo was once again back in thoughts. Looking at his expressions, Yu Na told him that Jar Young has changed a lot. But while she doesn’t know how he is, he seems really serious about him. Just after the conversation, the two were alone in the office after a long time. While Jae Young was upfront about his feelings, Sang Woo still denied his feelings. Talking about tattoos, Jae Young went on to draw one on Sang Woo’s hand.

On their walk back home, Sang Woo asked Jae Young if they could do the two-week trial thing. And as he tried to justify himself, Jae Young pulled him into a hug. After taking his time to think, Sang Woo went to talk to him the next day. But before he could tell him that he was ready to get together, Sang Woo got to know that Jae Young would be leaving for France soon. Hearing the news, the two went their ways and it was the beginning of something really awkward. 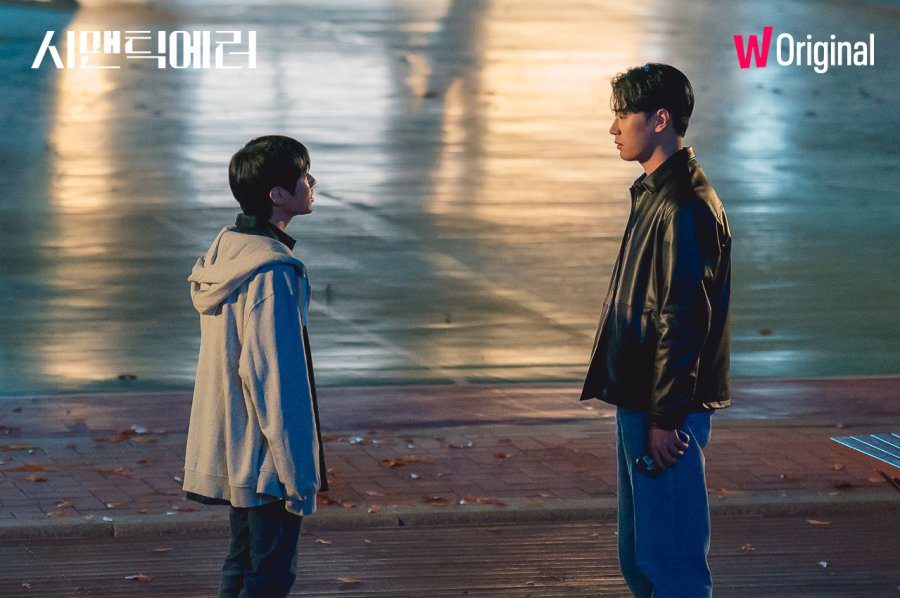 ‘Semantic Error’ Ending: Sang Woo runs to meet Jae Young after being unable to contact him.

Remembering it was Sang Woo’s birthday, Jae Young went on to meet him. With Jae Young asking Sang Woo if he should stay for him, Sang Woo told him to not do stupid things. The next day, Jae Young came to give Sang Woo the backup file as they saw each other for the last time. Later that day, he went to meet Ji Hye and got to know that she liked him. Not knowing how to react, he stayed neutral. But he felt uneasy from inside. Getting back home, he got a text from Yu Na telling him that Jae Young was emptying the art room.

Seeing Jae Young at the university, he went on to confess his feelings. With Jae Young asking them to become lovers, Sang Woo didn’t miss a beat and went on to kiss him. 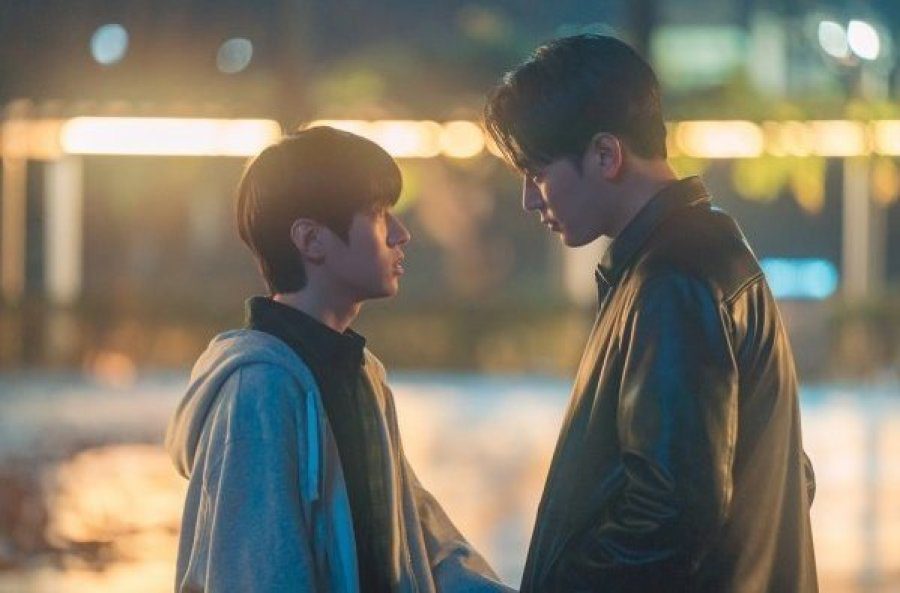 Will There Be A ‘Semantic Error’ Season 2?

The story of ‘Semantic Error’ ended on an open note. From authentic characters, convincing performances of the lead actors, to charming storytelling, the show as it all. With the public demand and if the original artist agrees, there’s a high chance for the BL k-drama to return for a second season. But for now, neither the production team nor the actors have talked about a season 2.

What To Expect From ‘Semantic Error’ Season 2?

Chu Sang Woo and Jang Jae Young, the two lovers realize their feelings and get together. But the two still have a lot of things waiting for them. With Jae Young moving to France for work and Sang Woo staying in South Korea to complete college, it seems that the two will be staying in a long-distance thing. While Jae Young did ask Sang Woo to move to France with him as he can work on the game from there too. But Sang Woo doesn’t want to leave the country. So another possible season can show the problems the lovers go through because of the long-distance thing. Or fast-forwarding to the time where the two reunite after a long time.

What Do The Fans Think About ‘Semantic Error’?

With ‘Semantic Error’ being one of the most anticipated k-dramas of the year, the expectations were high. But after the premiere, fans were still shocked looking at the quality of execution. Following the typical fiction storyline, the popular trope of bad boy and rebel who falls in love with the upright, top of the class, quiet kid, the k-drama has the perfect pace and the amazing chemistry between the actors. 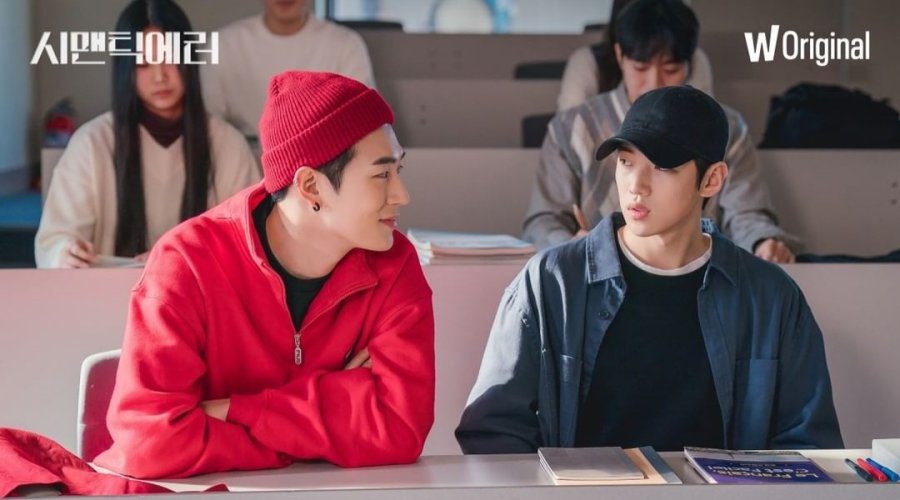 While some fans also called out some problematic parts of the show i.e. the scenes where Jae Young starts stalking Sang Woo and prints out posters to find him. While some wished that Jae Young had actually followed Sang Woo’s physical touch boundaries and talked about it with him. But in the end, the fans loved the show with a heartwarming yet open ending. As a fan said that the story isn’t focused on homosexuality but on human relationships.