‘Semantic Error’ BL: Everything You Need About The K-drama! 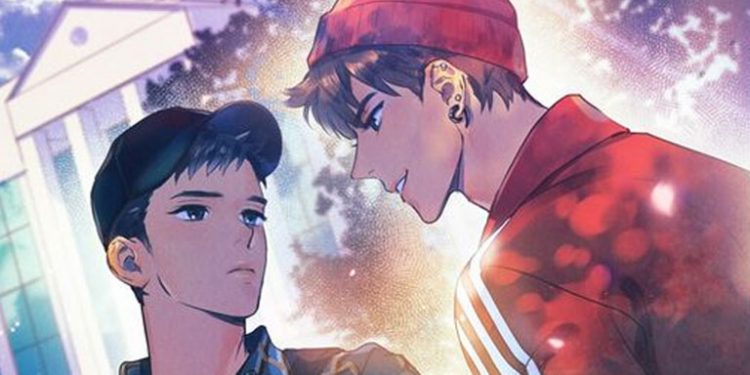 It’s going to be a year since the announcement of ‘Semantic Error’ being adapted into a drama was made. And the fans had gotten so excited, that it had been the talk of the town. The BL web novel ‘Semantic Error’ was written by Soo Ri Jeo in 2018. Fans loved the novel so much that it soon became a webtoon. And now on its way to becoming a full-fledged k-drama. As it sounds like a computer term, the story revolves around university students who are each other like computer bugs. Here is everything you need to know about the upcoming BL ‘Semantic Error’. For which fans have now been waiting for a whole year!

Calling it one of the Yaois out there, fans have been wanting to see the live-action ever since the webtoon started. The story will revolve around a computer science major and a design major. As they cross each other’s paths because of a project and end up becoming an important part of each other’s life. The filming of BL k-drama started in September 2021. While the casting was taken care of in the summer of 2021 as soon as the company was able to get hold of the copyright contract for the drama production.

While the production team is done with the casting process, the cast members except for the leads haven’t been revealed yet. Former member of boy group ‘KNK’, Park Seo Ham will be taking over the lead as Jang Jae Yeong. Seo Ham is a former Big Hit Entertainment trainee and has been a backup dancer before. Making his TV debut in 2015, he also hosted the reality show ‘My Keunakeun Television’ on Naver TV Cast. While ‘Semantic Error’ is going to be Park Seo Ham’s big k-drama debut as the lead. He has been a guest on many varieties and lives on TV shows. And has also acted in ‘Just One Bite Season 2’ and ‘Dating Class’. Playing the role of Jang Jae Yong, a design major.

Also Read: How To Watch ‘Drive My Car’? Plot & Cast of The Japanese Gem!

Singer-songwriter from the k-pop group ‘DONGKIZ’, Park Jae Chan is taking over as Chu Sang Woo. He’s usually known for his lead role in the web series ‘Youtuber Class’. After doing a lot of variety shows and web series, Jae Chan too will be making his K-drama debut. By taking over the role of Chu San Woo, a computer science major. As a person, Sang Woo loves to follow his time schedule and follow all the rules. And he doesn’t mind standing for himself when the other person isn’t putting any effort in.

For now the release date for the BL ‘Semantic Error’ hasn’t been announced yet. Even though the k-drama was supposed to be out in December 2021. Due to some situations, the release date has been moved to 2022. Jae Yong, who is one of the most popular students on the university campus. As he is very handsome and looks like a model. From the brains to family connections, Jae Yong has everything. And he is looking forward to his upcoming study abroad plans. Sang Woo was supposed to do a group project which includes Jae Yong too. But sick of freeloaders not putting in effort in the project. Sang Woo went on to remove their names from the project. Which led to Jae Yong’s study abroad plans to go down the drain.

So as the programmer and designer cross each other’s paths knowing how they messed up each other’s future in the university. Things are bound to get wrong once they get a hold of each other. As Jae Young is hell-bent on taking his revenge on Sang Woo. Will things get better between them with the times passing?

‘Semantic Error’ is going to have eight episodes with each episode having a runtime of around 50 minutes. All the episodes will be available to watch on the streaming platform ‘WATCHA’.